Limited Participation For The Next Few Weeks...

It was a few months ago. Folks would kill themselves to buy anything way over asking price, no contingency, nothing. Most of that is gone now with rising interest rate. But my realtor says they can still sell it if "priced right." What that is, I don't know yet. The pricing trajectory is negative so we are going to sell it one way or the other. We have had it for 25 years so there is equity in there to play with.
Amir
Founder, Audio Science Review
Founder, Madrona Digital
Review Thread Rules
My Technical Background
My YouTube Channel
OP

Keened said:
One of my long term punch items is to map out all infrastructural lines (power, water, data, etc) on a blueprint and make a household hardware/software playbook (replacement parts, maintenance logs, etc). It is one of those things that constantly would be useful but never manages to happen...
Click to expand...

Yes, it is a shame this is not standard practice in home construction. I have lost count how many times we have had water, cable, phone and sewage lines damaged requiring nasty work to deal with. The power company came and buried their lines which was good. What was not good is that the tore up the phone line we were using for internet. We see that internet access was flakey. Phone company comes and finds their cable out of the ground just hand twisted together where the damage was!

For indoors, I was smart to not only take many pictures but also shoot videos. Even then I missed a few things.

Our company Madrona, 100% does this kind of thing by the book. We create extensive CAD drawings of very wire and fixture. We do it not as much for the home owner but other trades who can destroy our work or change things so that we can't do our work. It costs fair bit of money so fits the high-end projects we take on.
Amir
Founder, Audio Science Review
Founder, Madrona Digital
Review Thread Rules
My Technical Background
My YouTube Channel
G

I have some of this. Made in USA! 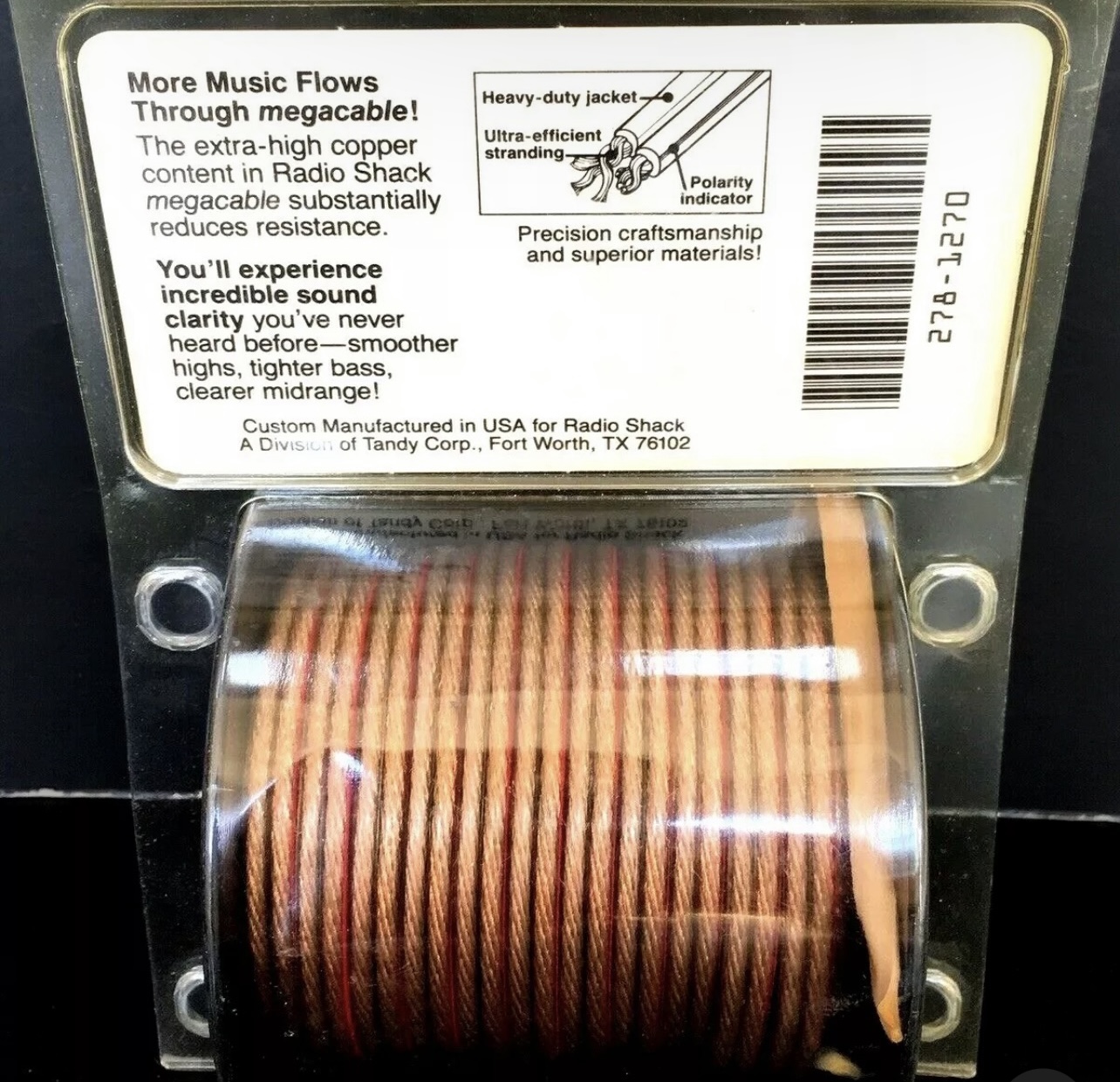 amirm said:
Most of that is gone now with rising interest rate.
Click to expand...

'Charm' and 'curb-appeal' is what the missus insists to be the major sale points; that may be a chick thing, I presume.
I wonder if you considered (before? now?) outfitting that place with a 'whole-house' AV system.
IF anyone can that do that on the cheap (but awesome), you'd be the person.
Would that be considered an impetus or an incentive for potential buyers?
Last edited: Oct 18, 2022

Chester said:
Can you imagine the size of the new place all those Topping cheques have afforded
Click to expand...

No no , all the topping cheques goto me , part of the NDA that made up my severance package .
independence, we do it together..
https://www.patreon.com/audiosciencereview

Doodski said:
Good'n proper beatings should take care of the lack of medication.
Click to expand...

This makes me nostalgic
independence, we do it together..
https://www.patreon.com/audiosciencereview

Thomas savage said:
No no , all the topping cheques goto me , part of the NDA that made up my severance package .
Click to expand...

Well, there is all goes then…

Do diamonds shine on the dark side of the moon?

Thomas savage said:
No no , all the topping cheques goto me , part of the NDA that made up my severance package .
Click to expand...

I’ve been trying to convince Amir to just let Former and Current Moderators use his spare house as a Moderator Rehabilitation Crib! I will even take a pay cut for this.
Kind regards,

I will tell you one thing about what you have there, that clear jacket will not yellow, even if left in the garage summer and winter for over 25 years, so its thick and durable, you got all you need right there. I speak from experience. Also, that jacket will not let the internal oxidize either. That is great wire my friend.
If you can't hear it, it doesn't matter! Measurements verify fidelity to the source (recording) which is termed Hi-Fidelity. Musicality is your interpretation of Hi-Fidelity: My-Fi. FULL measurements describe your preferences! The only reference in audio is comparing your system to the original mastering system for that recording in the original studio or space. Final best "Sound" is determined by your unique brain!
G

tomelex said:
I will tell you one thing about what you have there, that clear jacket will not yellow, even if left in the garage summer and winter for over 25 years, so its thick and durable, you got all you need right there. I speak from experience. Also, that jacket will not let the internal oxidize either. That is great wire my friend.
Click to expand...

I actually bought it recently. The center plastic of the reel had deteriorated before the wire. The wire itself is slightly oxidized externally but internally it’s great and it’s very supple.

Chester said:
That’s the great thing about jokes, they don’t need to be factually accurate
Click to expand...

Or, even be funny in this case.

Pretty poor form.
There ain't no Coupe deVille hiding at the bottom of a Cracker Jack Box. - Meat Loaf

When someone shows you who they are, believe them the first time. - Maya Angelou
R

Not very interested in reviews, I come here only for the thread A call for humor.
audiothingsilike

Is it true the proceeds from the sale will be used to purchase the latest Michael Fremer-endorsed six-figure phono preamp?

I can relate. We're trying to sell my deceased father's house right now in NY. It didn't get any action at the asking price in the warm months, and now my toxic brother, the executor, won't lower the price. There will be snow on the ground soon and he needs to realize the house is no longer an asset. It's a liability.
Last edited: Oct 19, 2022
_____
Audio mastering for hire.
C

BDWoody said:
Or, even be funny in this case.

Dear me, if it’s causing such an issue just delete it. It’s become a little too uptight here lately. Amir appeared to take it in the nature intended, that will do for me and I’ll go back to lurking.

amirm said:
Hello you all.

Some of you may have noticed that I have slowed way down in reviews and posts. The major reason for this is that we are getting our older home ready for sale and it is in another city. So I have to keep going there and stay until I get things done. By the time I get back home, a ton of stuff is piled on here as well. The list of things to do seems infinite and so little time to get them done. I will try to squeeze a review here and there but that will be it until we come out of the tunnel on these projects.

Above also means very slow response in messages especially if the answer is not a quick one. As I look now, it says I have 39 unread messages!!!

This is the deepest hole I have found myself in, in a long time. Fortunately good progress is being made to take care of things. So in balance I feel fine but just not able to keep up with the forum.

I expect this to continue for the next 4+ weeks. Appreciate your understanding.
Click to expand...

I appreciate all you do through ASR! Good luck with house sale and the journey back to normal.
K

Good luck and thanks for all you do.
N

Chester said:
That’s the great thing about jokes, they don’t need to be factually accurate
Click to expand...

This is correct and also irrelevant to both your original comment and my response. Factuality was never a consideration, only the relevance to Amir's post.

For the style of humor you seem to have been attempting, it is typical, well studied, and well tested that the most effective jokes of such nature take into proper account their inspirational material, otherwise you alienate your audience.

For example. Let's say I express news that some person in preparation for their second marriage has finally managed to save up the necessary funds to have the lavish wedding ceremony they wish they could have had in their first marriage.

If you made a joke about the money being a waste, because they don't know how to choose a spouse or some other comment of that nature, it may be rude, but it would be relevant because you are referencing information that has been given and is common knowledge to those reading your comment.

Now let's say you make a comment about how it's the parents paying for everything.
This could have potentially been funny or rude if relevant, but instead it's just noise. The reason being because you reference information that only lives in your own mind. Nobody can relate to the joke, because nowhere in the original news given was there evidence of any parental funding. In fact, the news seems to be quite the opposite.

So I hope this clarifies the issue and why I gave correction. Factual or not, your response to Amir's post was irrelevant to the information given.

There is the genre of sarcasm, which uses the device of saying something opposite to the actual intent, but that must be delivered with a certain level of skill and subtlety in order to be effectively communicated. If you were attempting sarcasm, I would suggest you do not have the skill for it.
But I do not believe sarcasm was the intent.
I think you just made a simple mistake of not reading the original post carefully enough to understand Amir's situation.
Last edited: Oct 19, 2022 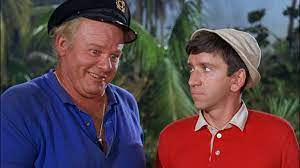 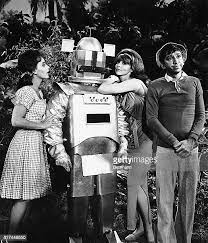 hey why don’t we use the robotic audio analyzer …gilligan knows how to use it I think?.
You must log in or register to reply here.

O
What other IEMs should I get?

Wednesday at 6:08 AM
OnLyTNT
O
J
Question re monitor pops (especially if you own a G4 KRK)