The newer ones have a tweeter grille to protect it from damage - they're very thin beryllium foil and don't take kindly to any kind of impact. It's a pretty open grille all things considered so its comb filtering should be minimal. 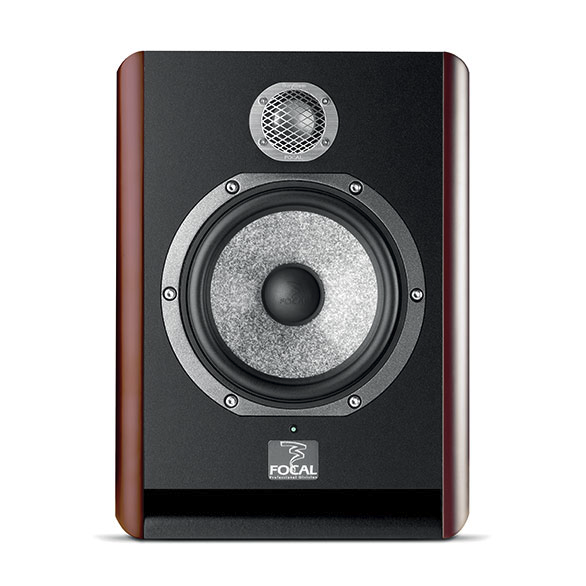 Nah - I want a nice pretty grill to cover up the drivers - like the old black cloth of my youth!
OP

Hemi-Demon said:
Erins Corner reviewed this model already. Youll have to google it, as it seems linking to his site is not allowed. Which is BS in my book. The new mods are going too far.

You can link to his youtube videos. And the decision was mine, not any mods, prompted by actions of Erin.
Amir
Founder, Audio Science Review
Founder, Madrona Digital
Contributing Editor, Widescreen Review Magazine
Click for My Technical Background
My YouTube Channel

I have these as my LCR for home theater. I did REW and found this curious bump in 5k at 3 meters in my MLP. The funny thing is that follows almost perfectly the reference setting in my Denon 8500. I did a 1 meter measurement and this roll off was not there in deed. If I use the flat setting in the denon at 3 meters is almost the 1 meter measurement.
I actually use the flat setting with Cinema EQ most of the time for movies and it's pleasing and reduces a bit the bump.
Also, I found out that this is one of the curves used by some professional Home thearter installers.

I'm very happy to know that the dip I have at 2K has a relative easy solution.

Ardrazzt said:
After all the great Genelecs reviews I was going to give a try to the 8341A or the 8351B because of the coaxial hype.
Now I'm wondering if it's really a x2.5 or 3.5x difference like their price... and if it's worth it at 3 meters distance at all. I may buy and test some to hear if there is a substantial difference.
Click to expand...

Coaxials aren't hype, but rather the natural progression to make speakers have better ceiling and floor reflections, time alignment, and lack of vertical lobeing.

For over a decade, concerns about doppler distortion, air gaps, diffraction, etc. have been addressed (by Genelec in their 8260 whitepaper.)

If you want something with a coaxial driver, you don't have to pay Genelec prices. Looks like the IN-8 V2 has a better in room response than this Focal, and it's $800 a pair instead of $3000. Not sure how the Twin6 Be compares, but I'd take the Kali's because of the very picky soundstage with the Twin6 which hopefully this doesn't have (besides vertically where you see two blue dots where the speaker response falls off a cliff if you're a bit above or below.)

On a related note: If I were using the Solo6 monitors in a studio, I'd want to physically remove all clients before ever touching the play button when they are standing behind me listening, otherwise I'd need them to sit in my lap. Seems like there is no reason NOT to have a coaxial driver, and Kali has clarified that even the air gap isn't an issue, just the small lip around the coaxial driver that causes a bit of a dip in the on axis response that goes away in room.

Anyone know why the Sopra costs more from a technical standpoint? This Solo6 seems like it's a better deal: Better connections, built in amps, active crossover vs passive, and similar drivers it looks like. Maybe the cabinet on the Sopra is what they mark up for?

For that price i way prefer the look of this

Sancus said:
Comparing Focal's home audio pricing even to their own pro lineup, you really get the impression that they are fleecing audiophiles just because they can with their brand.
Click to expand...

Those Kefs are gorgeous. What model is that?

AudioJester said:
Those Kefs are gorgeous. What model is that?
Click to expand...

Reference 3 most likely (not to be confused with r3/r5, and no confusion shall remain when you look up the price)
Last edited: Aug 3, 2021

amirm said:
You can link to his youtube videos. And the decision was mine, not any mods, prompted by actions of Erin.
Click to expand...

I haven't seen anything bad from Erin.
Click to expand...

There was a big argument in this thread last month. I'm pretty disappointed with the outcome as well. I don't think driving Erin away from this place is healthy at all. It's Amir's forum and I can't argue with the fact that his word goes, but I don't think it was justified. That said, I don't think this is the thread to heavily discuss this topic either.
Main: 5.2.4 3x Genelec 8351B, 2x 8341A, 4x Neumann KH80, 2x Arendal 1723 2S, Denon X4500H/Shield TV Pro.
Y

Sancus said:
There was a big argument in this thread last month. I'm pretty disappointed with the outcome as well. I don't think driving Erin away from this place is healthy at all. It's Amir's forum and I can't argue with the fact that his word goes, but I don't think it was justified. That said, I don't think this is the thread to heavily discuss this topic either.
Click to expand...

Sancus said:
Comparing Focal's home audio pricing even to their own pro lineup, you really get the impression that they are fleecing audiophiles just because they can with their brand.
Click to expand...

Do they? Imho you get a piece of art compared to a pretty ugly box
F

the big issue with focal as numerous brands, it's the availability of hp over time.

Frgirard said:
Focal does not steal from audiophiles. The Aria range is excellent value for money.
Click to expand...

I don't really agree, no. The Aria 906 for example are ~$2000 USD, that's same price as the Kef R3 which are 3-ways, can most likely handle more power, etc. Both measure pretty well otherwise. So, high value? No, not really. Not as egregious as some of the higher end stuff, certainly.

As far as them being art... um okay. They look good, but their cabinet work is not as good as say, Salk's, and I can't really get excited about the chunky-segmented look of their higher end stuff. I think Kef's industrial design is better as well.

Frgirard said:
A piece of art ?

I'm sorry Sopra line kinda is... (And yes, I would pay 7K€ for Sopra N°1) I know a cabinet maker who worked for Focal and used to make Sopra cabinets. That wasn't an easy task at all. They do everything (cabinet, filter, driver) in house for these lines. This do have a cost, then you have to pay French employees and French taxes. Calling these overpriced when you can see Made in China speakers at the same price and above that worse performers, is a joke.

So no, they don't compete with R3s, costing 3 times the price in many countries. Or in fact, they do, since I subjectively prefered 906s to R3s.
Last edited: Aug 3, 2021
Anti-BS Crusader

VintageFlanker said:
Is there any chance on this forum that people consider not everybody is living in the US ?!
Click to expand...