hi infernus my order is the same as yours

So I guess there won`t be any good time to order this dac soon.
R

I do not know. many say it is worth the wait. personally I think I have waited long enough. what bothered me is the initial lack of clarity (say 6/8 weeks) but the reality is profoundly different and the replies to the emails carry you for weeks with excuses that you no longer believe in the long run. I also have doubts as to whether what I have read exists.
unfortunately if it tells me that it has shipped and in 2 days I receive a tracking number and this does not happen after more than a week, I challenge anyone not to think wrong.
K

Did you receive any order confirmation?
R

I hope you are all doing well in these crazy times and I want to assure you that we are working hard on manufacturing and delivering our products.

In the past couple of months, we have moved to a new, more spacious location. It took us quite a lot of time to equip it and establish the production, which caused our delivery times to spike, but it allowed us to increase our production volume and start catching up on the backlog of orders. We should be able to deliver most of the existing orders by the end of the year.

While it is going to be our manufacturing space and design studio, we also look forward to meet you here for a coffee, talk about audio and to hand you your dac8 Stereo/PRO if you ordered one. We hope it is soon going to be possible for everyone to travel abroad and visit Prague.

Also, the firmware update package for the dac8 Stereo/PRO is coming in a few days. This one is not going to bring many new functions, but rather fix all the known issues of the previous versions and increase robustness thanks to rewritten USB stack.

@rob58 It didn't happen to us yet that the parcel would get lost on a way to a customer. Naturally, we have no proof for that and I am sorry that you don't believe me. In order to not to make an impression of being deceptive, we have refunded your order. Please send us the payment after you receive your dac8 Stereo if you decide to keep it.
Z

So I guess there won`t be any good time to order this dac soon.

The best time to order one would be 3 months ago. If you failed to oder one back then then, ordering now is the best option available if you want your DAC as soon as possible.

kopczas said:
So I guess there won`t be any good time to order this dac soon.
Click to expand...
When the Euro is at the lowest relative to your currency.

Anyone who ordered it early this year around March from the US got a 10% discount.
K

Vasr said:
When the Euro is at the lowest relative to your currency.
Click to expand...
In that case it`s worst possible moment for me
P

i just received my stereophile issue and saw kal’s sidebar on okto. looks like an official review and measurements is in the pipeline. hopefully i see my unit in my living room before i read about it in a future issue.

I would like to use my DAC connected directly to a power amp and use the digital volume control. Is there any detail available regarding how much attenuation is possible before the loss of resolution in bits starts to affect quality? 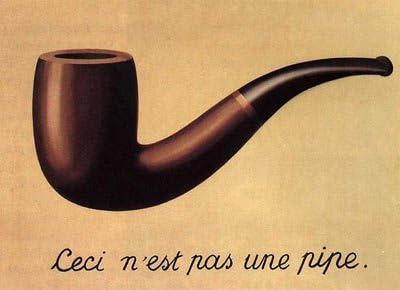 Qwin said:
Got my Okto Stereo (15 weeks) but it wont play anything.
Tried my CD Transport via coax SPDIF and there is a II (pause) mark to the left of the source name Coax2.
I loaded the windows driver that Pavel sent a link to (DIYINHK), but neither Qobuz or Groove music want to play on my laptop via USB. Qobuz App says-"The selected device has not been recognised by the application" Same II mark next to USB2 source on Okto.
When trying an external RPi/MoOde I get this MPD alsa fail message.
View attachment 87662

What's particularly worrying is the CD Transport not playing.
Drop my Topping D90 back in and all of these sources work. Even the DIYINHK ASIO Driver works with Qobuz and the D90.
Any clues where I might start?
Click to expand...
This is a Linux ALSA error - no surprise there - you just need to reset what DAC the RaspPi should be outputting to. On other Linux distros you would do this: https://wiki.ubuntu.com/Audio/Alsamixer
But also must be some way of setting the DAC in Mo0de as well.
C

Sorry about the silly question. In practical terms, what does it mean the custom output voltage options they give?. Better to stick to the dafult ~4V, or there are reasons to reduce it losing some dbs in SINAD?.