Toku said:
I immediately updated the firmware. I will report the result.

The test was performed by randomly switching the files from PCM44.1kHz to PCM768kHz and DSD2.8 to DSD22.5.

1. The previously reported problem of pop noise has been improved.

2. We have also improved the strange display on the display when switching songs. However, there are still times when the Err display momentarily appears.

3. In the middle of the test, when I switched between songs, the loud noise was played only once.

4. Playback on DSD 2.8 is not improved. This problem seems to require hardware improvement as Topping says.

JohnYang1997 said:
Would you demonstrate the last point where a loud noise is heard for a moment when playback starts? I think I missed it here.
Click to expand...
Yes, there is noise at the moment of playback start. It is a short time of about 0.5 seconds.

Toku said:
Yes, there is noise at the moment of playback start. It is a short time of about 0.5 seconds.
Click to expand...
So that means the E30 plays white noise for half a second before actual music? Does it apply to all DSD formats?

JohnYang1997 said:
So that means the E30 plays white noise for half a second before actual music? Does it apply to all DSD formats?
Click to expand...
Yes,
However, in some cases, it may appear as pop noise.

Toku said:
Yes,
However, in some cases, it may appear as pop noise.
Click to expand...
Alright.
Y

How do you update the firmware?

yodog said:
How do you update the firmware?
Click to expand...
instruction is in the zip file
Y

JohnYang1997 said:
instruction is in the zip file
Click to expand...
It says "The driver DLL required to access the device is missing."

that is when I try to double click and open the "ToppingUsbAudioDfu_V4.82" file.

According to the driver instruction, would like to suggest as follows:

1. the PC MUSS have the driver installed and worked,
2. to link the E30 to the PC WITH POWER ON first.

I think I'm supposed to download the driver here first :

then proceed with the install.... it doesn't specify to use the USB but I assume so...

I downloaded and installed the driver from the link above first, then after that I proceeded to open the .exe file from the firmware ZIP file upgrade and everything worked fine. Cheers.
Last edited: Apr 27, 2020
A

aabman said:
So how is the pop sound? Did it still exist? Thx. If the pop sound solved, I will order E30.
Click to expand...
It's really not something to worry about if you use headphones.
A

Thx, BTW I connect to my integrated amp most.

Thx. Just ordered E30 and waiting for the shipment. Will report my findings on this DAC.
G

Thank you John Yang for the FW update! However, and FTR, I am going to hold off on the update as my E30 has been functioning flawlessly. I've been using it regularly since I received it and it's working perfectly with everything I throw at it.

I have never had a DSD glitch ever.

I am a Foobar2K user and I'd like to make a suggestion. Please update the "foo_input_sacd" file inside the driver download packages for the E30 and D50s to version 1.2.2 (the latest). The old file was created in 2015. (The PDF DSD instructions will need an update too).

When using the new file instead of the older one, an entry will show up under Playback/Output/Devices that will show: DSD : ASIO : foo_dsd_asio, That will be the one to select instead of the ASIO : foo_dsd_asio device. (see thumbnails below). By doing this you can select DSD+PCM in the Tools/SACD section which will send DSD directly to the DAC (my E30, as well as Foobar, shows 2.82 DSD) and use PCM for the visuals such as Foo's awesome VU meters. 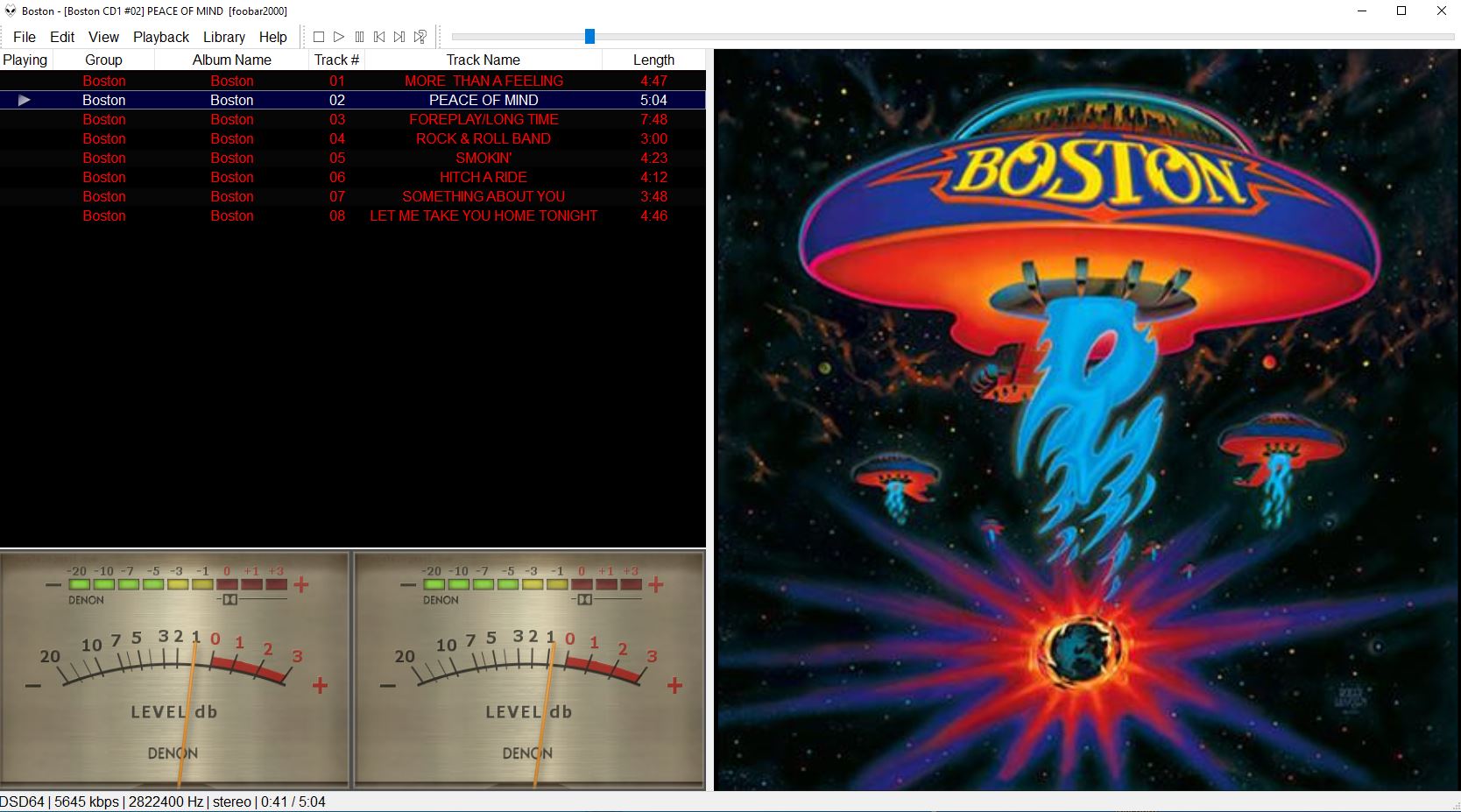 Firmware is online
A

Oh, Topping is a reputable company who really concern about the customer.
Last edited: Apr 27, 2020

aabman said:
Oh, Topping is a reputable company who really concern about the customer.
Click to expand...
Yes, Topping always responds to complaints from our users in good faith. So I love Topping.
Even if you have a problem with the product you purchased, Topping gives you a chance to solve the problem together.
Tomorrow, E30 with improved HW will arrive to me from Topping. I will try it out as soon as I receive it.

JohnYang1997 said:
Guys. We are able to recreate the pop after nosound issue now. Hopefully it can be fixed via firmware update.
Click to expand...
Just got the E30, will be using it with the iMAC (current Catalina 10.15.4), do I need to update the firmware?
You must log in or register to reply here.
Share: Facebook Google+ Reddit Pinterest Tumblr WhatsApp Email Link