I did some quick distortion measurements of the ART DTI to see if it would perform adequately to convert RCA to balanced and back to run to a Speedwoofer 10S over shielded Cat6A. While it should not be too objectionable compared to the distortion of the sub it seems to perform quite poorly compared to the standards of this forum at least and doesn't conform with specs from ART. They indicate .05% THD at 100 Hz +24 dBu and I am getting about .177% THD at 100Hz +21.3 dBu (9V). Perhaps I could be interpreting them wrong.

The whole reason I bothered to measure is that transformers generally have high distortion at low frequencies and manufacturers of less expensive products tend to provide rather non descriptive specs on that distortion. An example of a good performer with descriptive specs is the Jensen PI-2XX

A few distortion measurements of the ART DTI using REW: 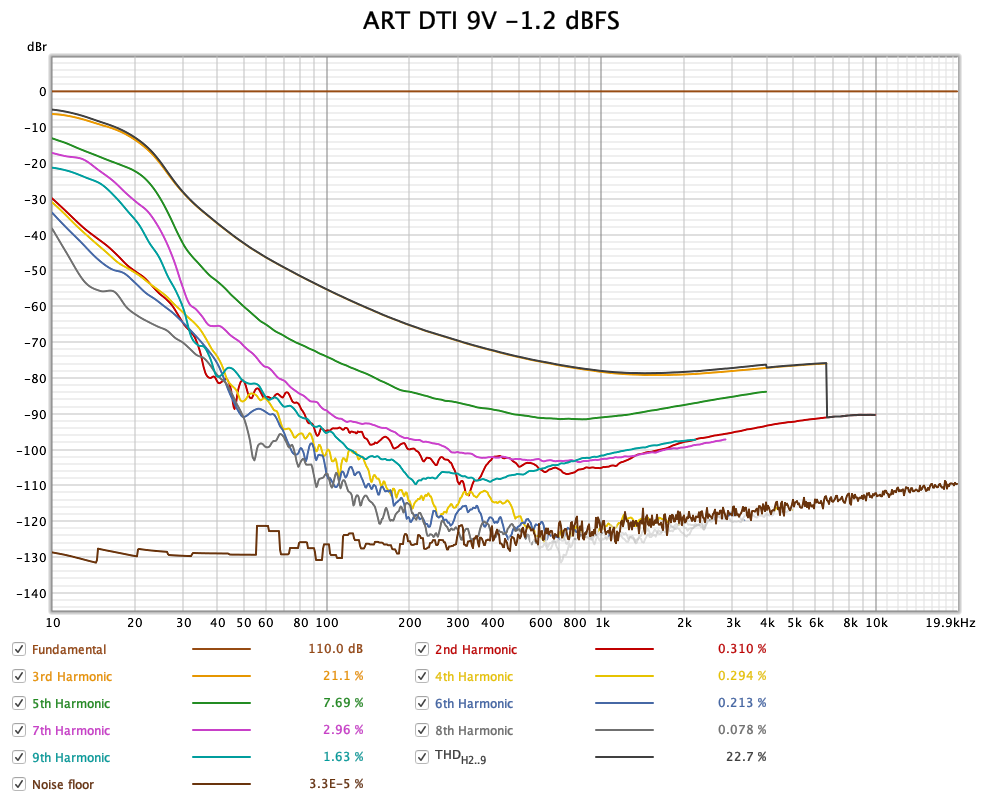 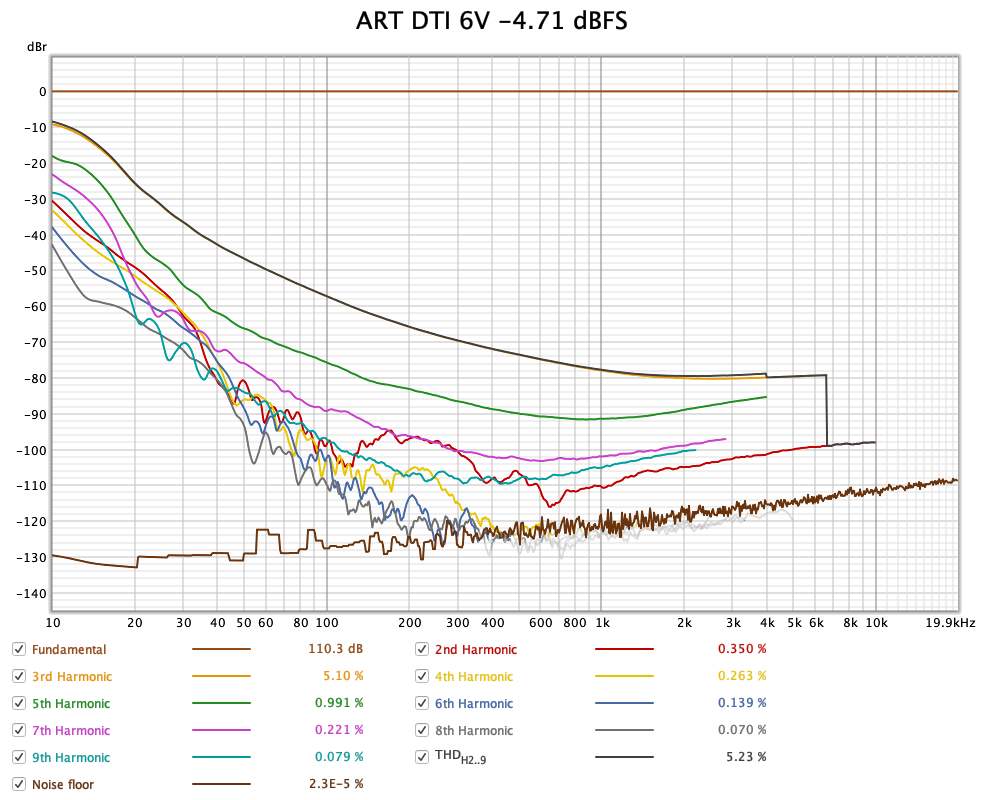 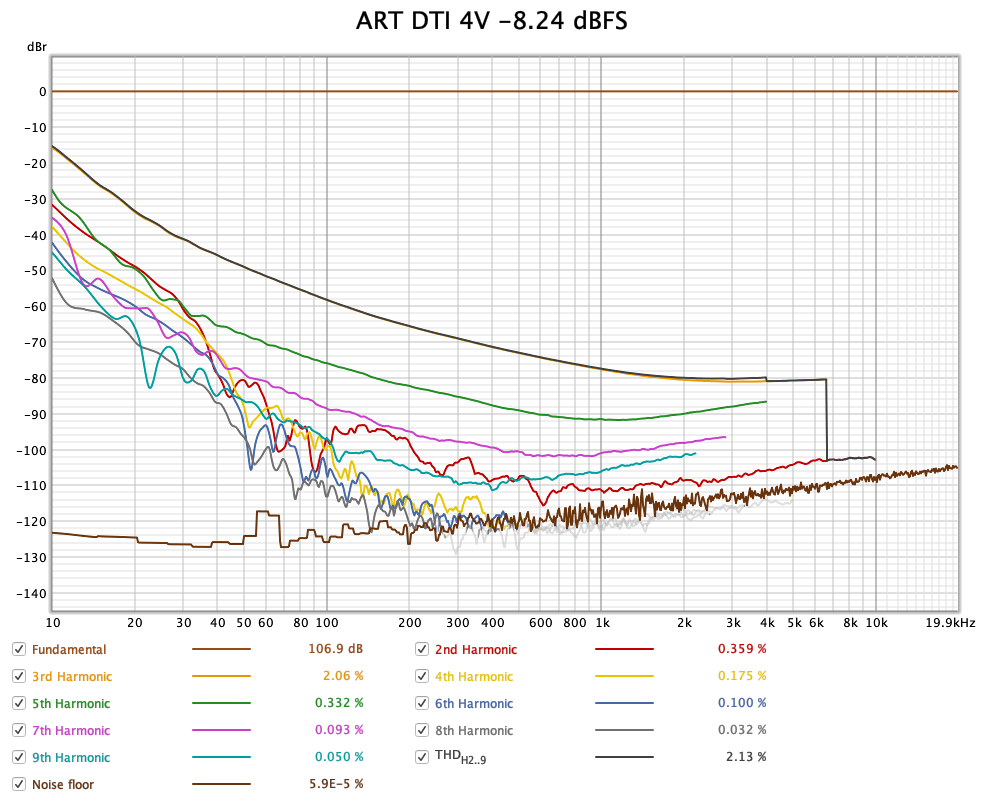 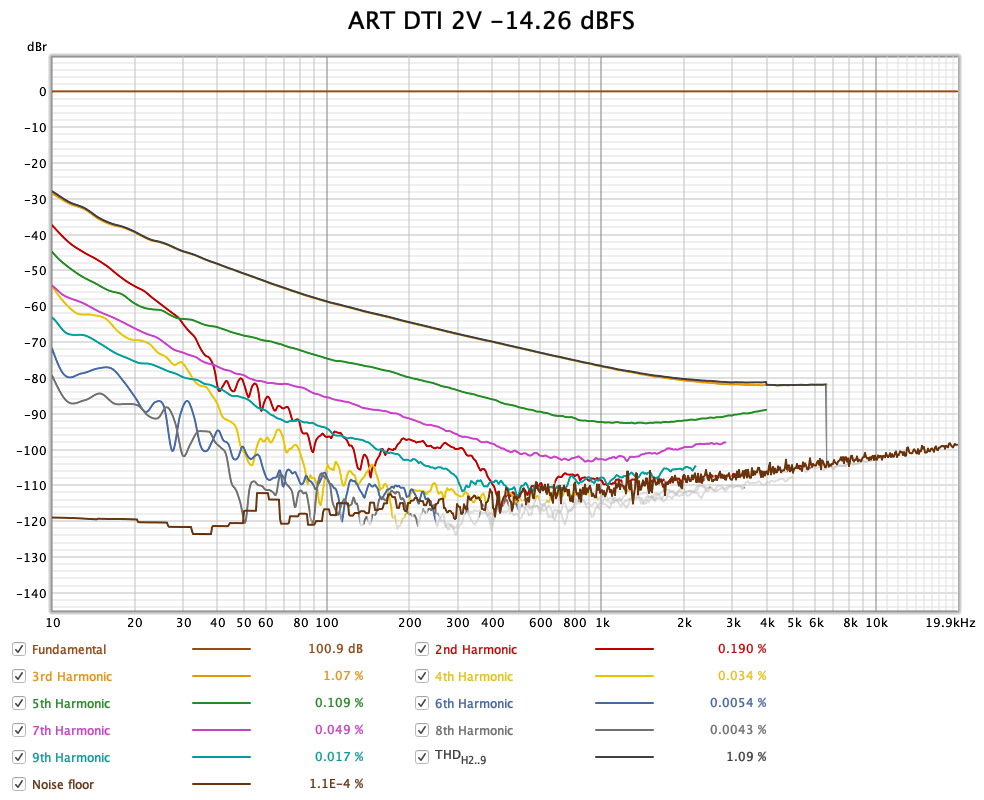 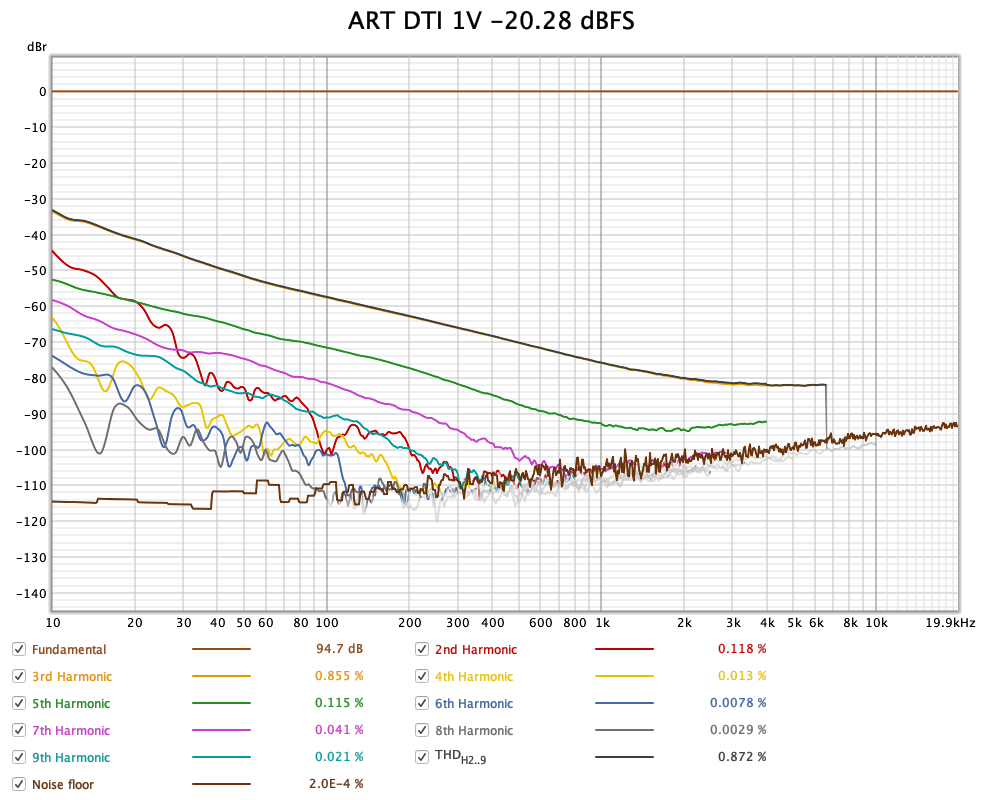 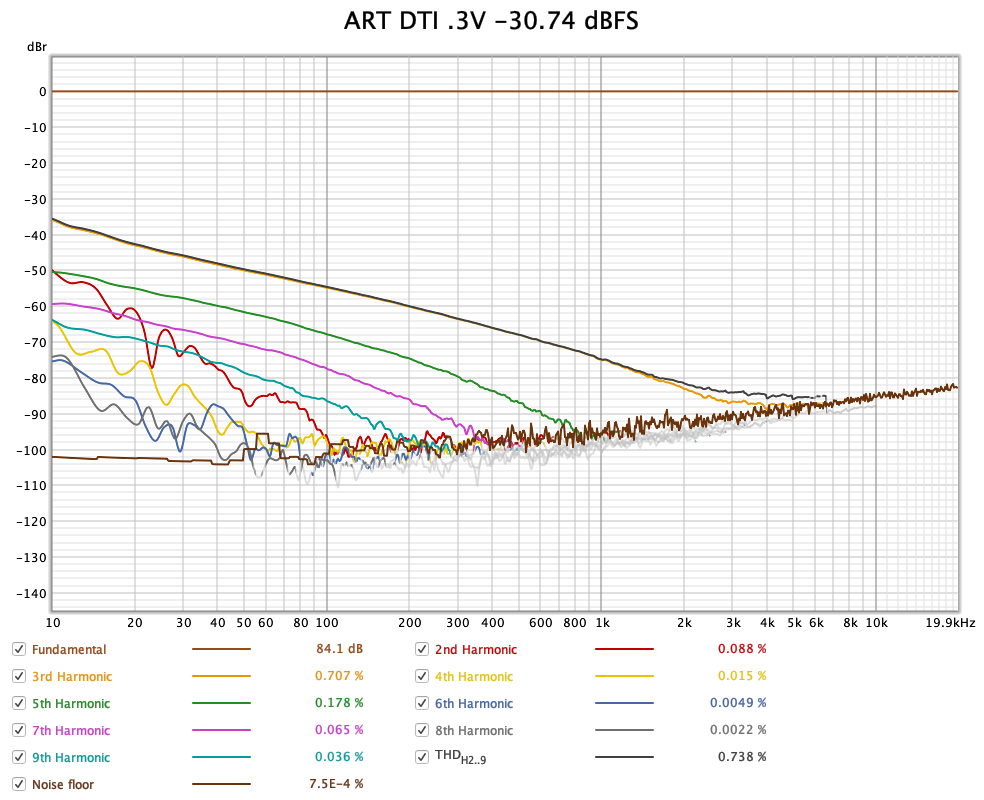 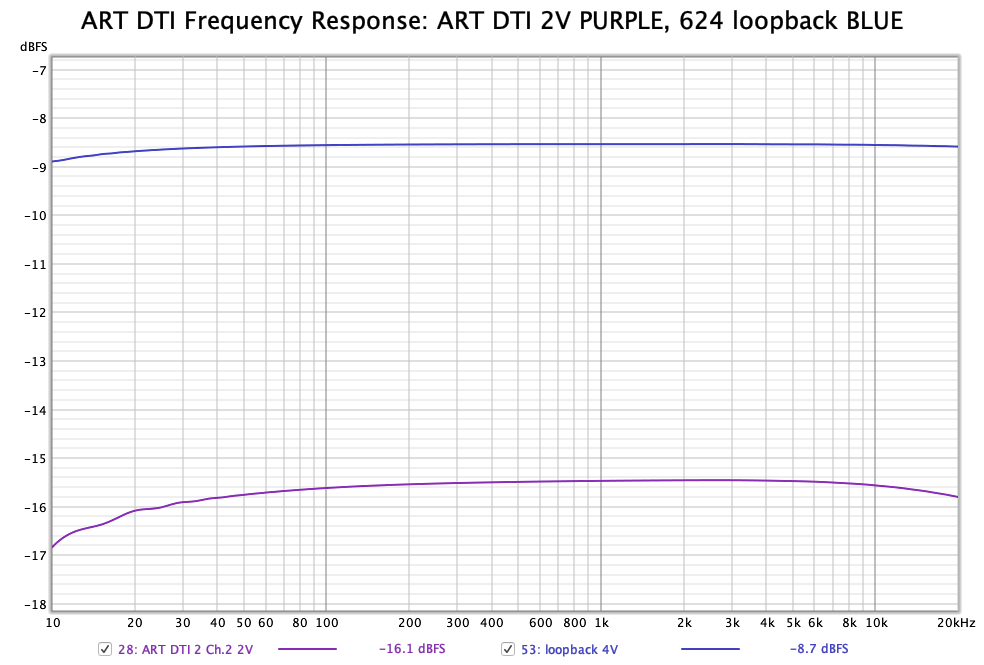 I'm using a line output (set to full) and mic input (+0 gain with pad) of my MOTU 624 at 96 kHz to measure. I figure that the line inputs would have performed better but I don't have the right cables and the distortion of the ART DTI is far above that of the 624 configured this way. 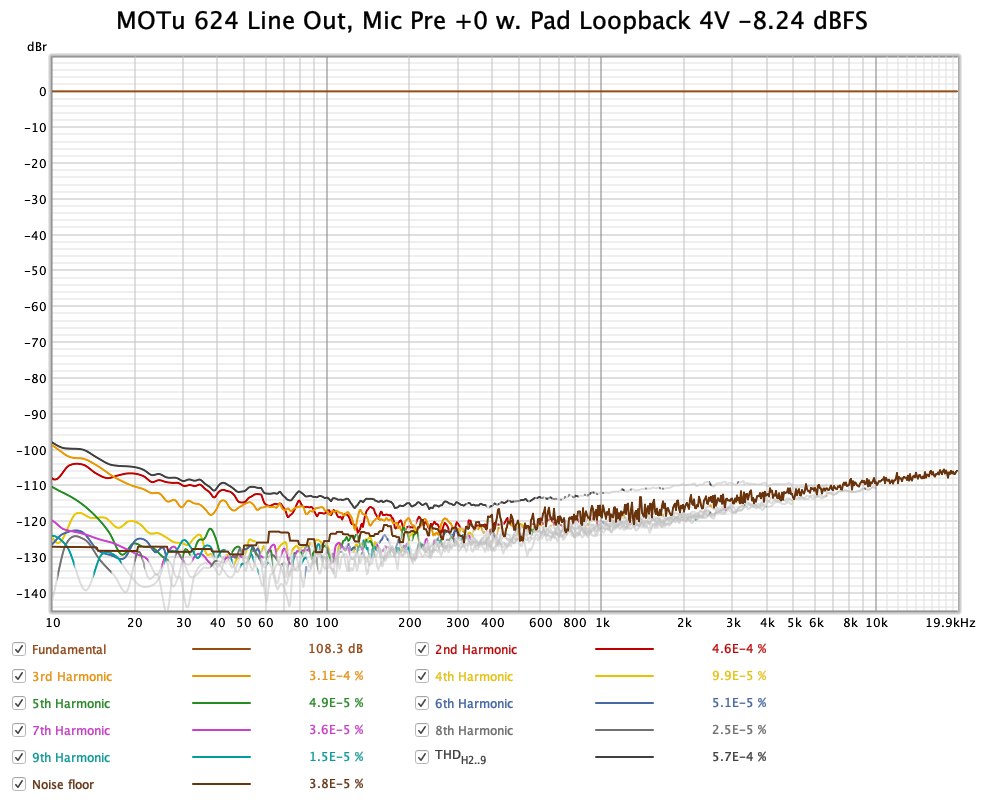 The voltage readings are calibrated using a (cheap) DMM reading of a 60 Hz sine wave my MOTU 624 (set to full level output) between pins 2 and 3 of the 624. I'm pretty sure this isn't the most accurate way to measure (because it doesn't have a load and the DMM isn't very accurate) but I also included dBFS to help make up for that.

EDIT: I changed the voltage reference to being measured between pins 2 and 3 rather than 1 and 2 because it was closer to specs of the 624 and seems to be regarded as a better way of measuring. All the graphs were updated. I removed the measurement of the Rane BB22 because it occurred to me that the cable I was using to convert to RCA wasn't wired in the way specified for the 624.

This is my first post so I've probably made some mistakes. 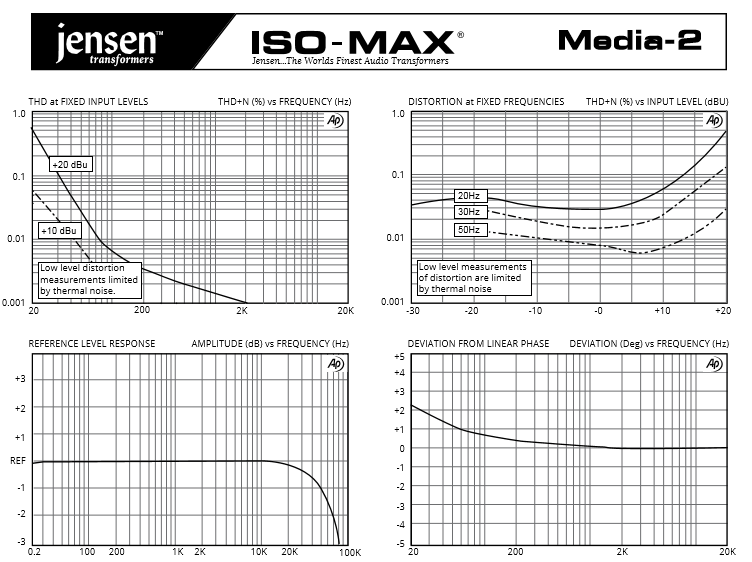 Yeah, I figure I'll probably max out at around -34 dB or 2% THD when considering that I will be using two together (+6 dB distortion) to convert to balanced and back (maybe a bit worse when considering losses from the transformers). This is assuming that the voltage gain of the sub is somewhere from 1-2V. If I look at the CEA-2010 measurements of the Speedwoofer 10S the distortion should be imperceptible compared to distortion from the sub at the same harmonics. This article from Audioholics on distortion at bass frequencies is somewhat encouraging showing research that would indicate that the predominantly 3rd harmonic distortion from the ART DTI is just around audibility. 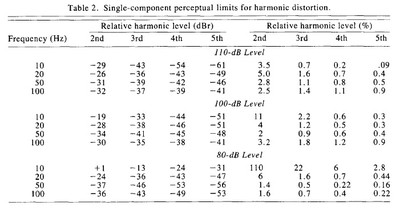