Sometimes I need to break the loop created by 2 USB devices on same PC or a ground loop from class I grounded PC to class I grounded amplifier driven from USB DAC. So I bought and inexpensive Olimex USB-ISO and had hoped it could fix an issue if it occurs. But it did not. 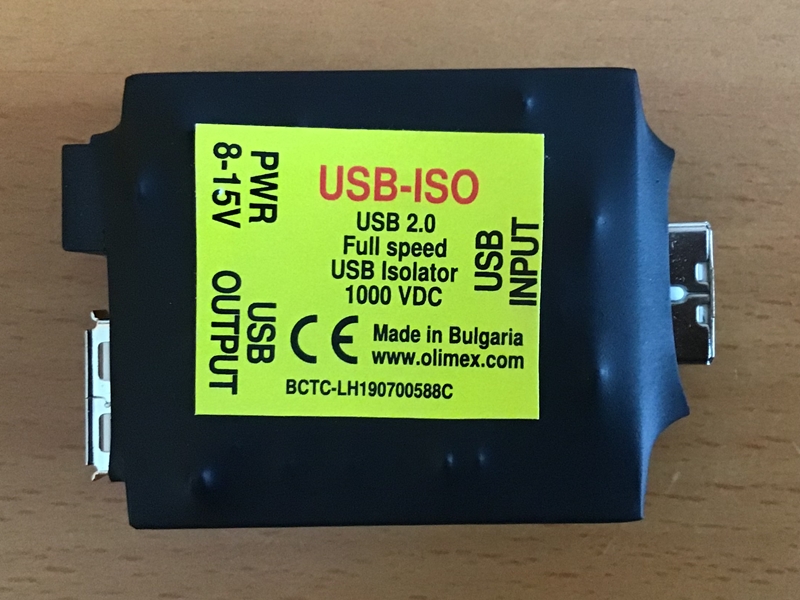 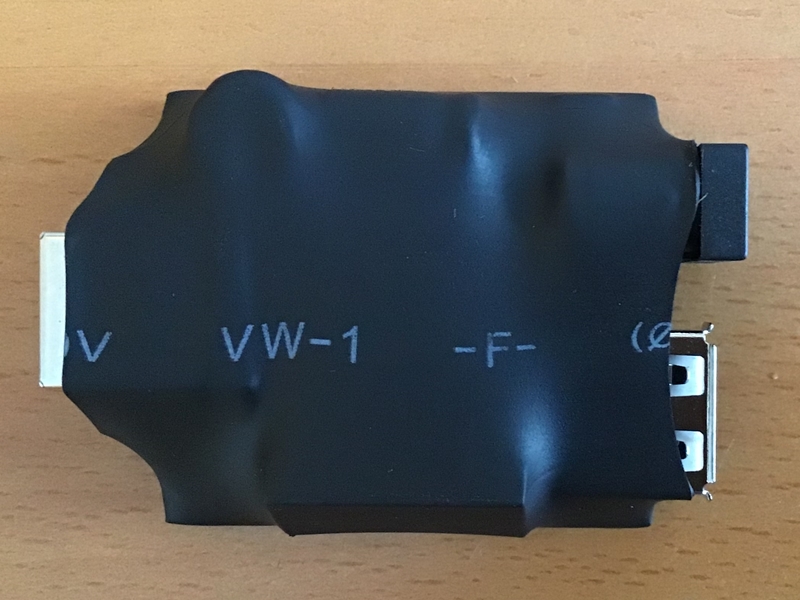 I tested the USB-ISO in the following circuit 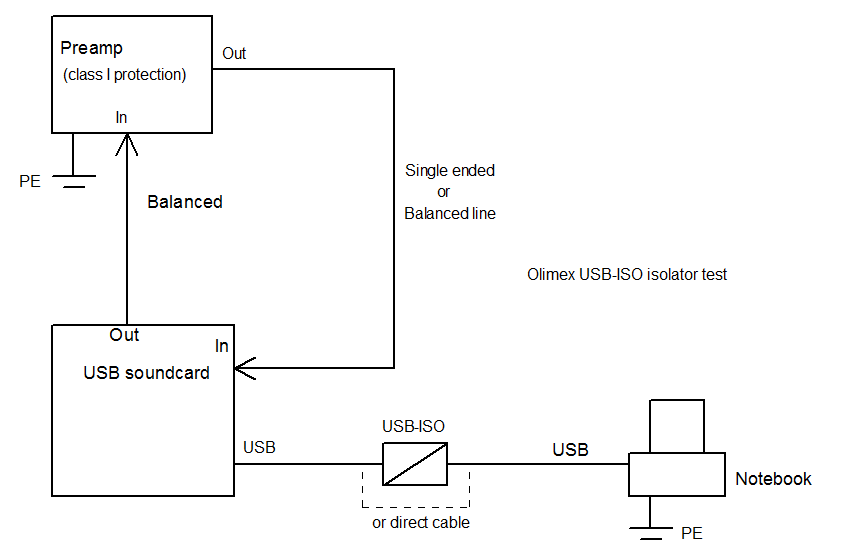 Grounded PC was connected to the USB soundcard, from USB soundcard analog signal was connected through a balanced line to the class I grounded preamp, from the preamp output back to the soundcard input either via single ended coaxial cable or via a balanced line. There is a ground loop from PC to the preamp (both on PE) which I wanted to break by the USB-ISO isolator. I made measurements both with and without the isolator. 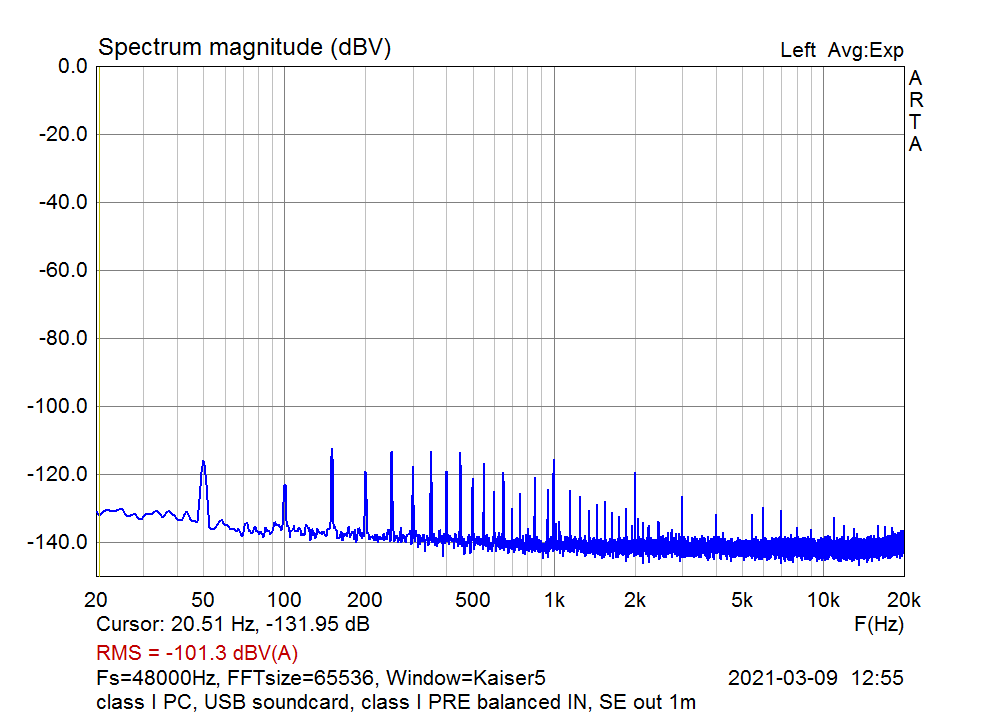 We can see mains hum/buzz lines 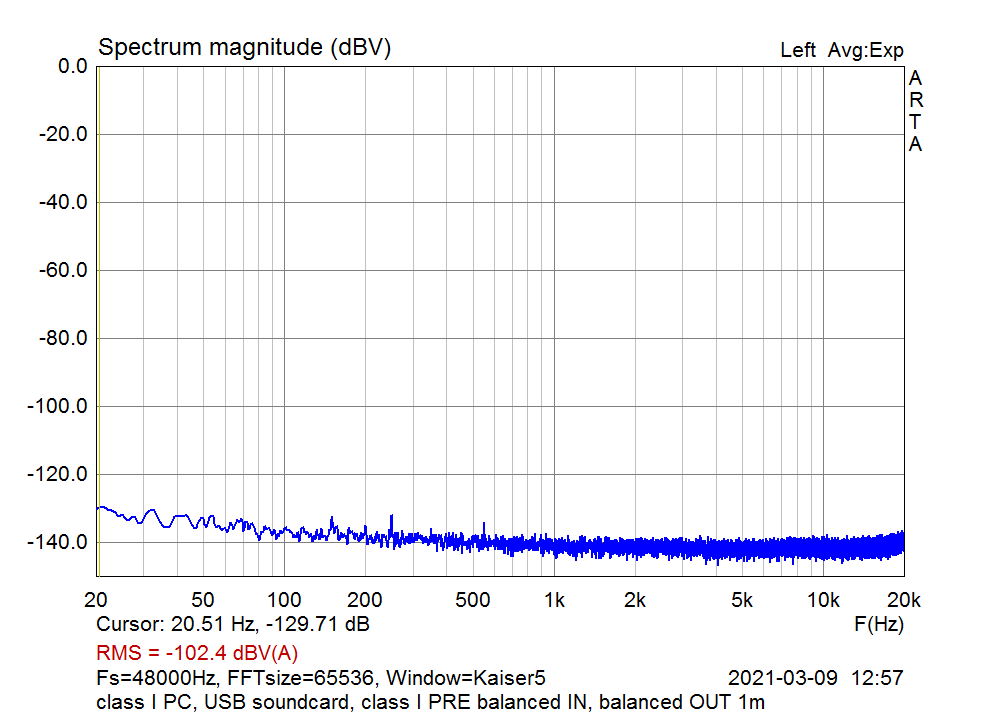 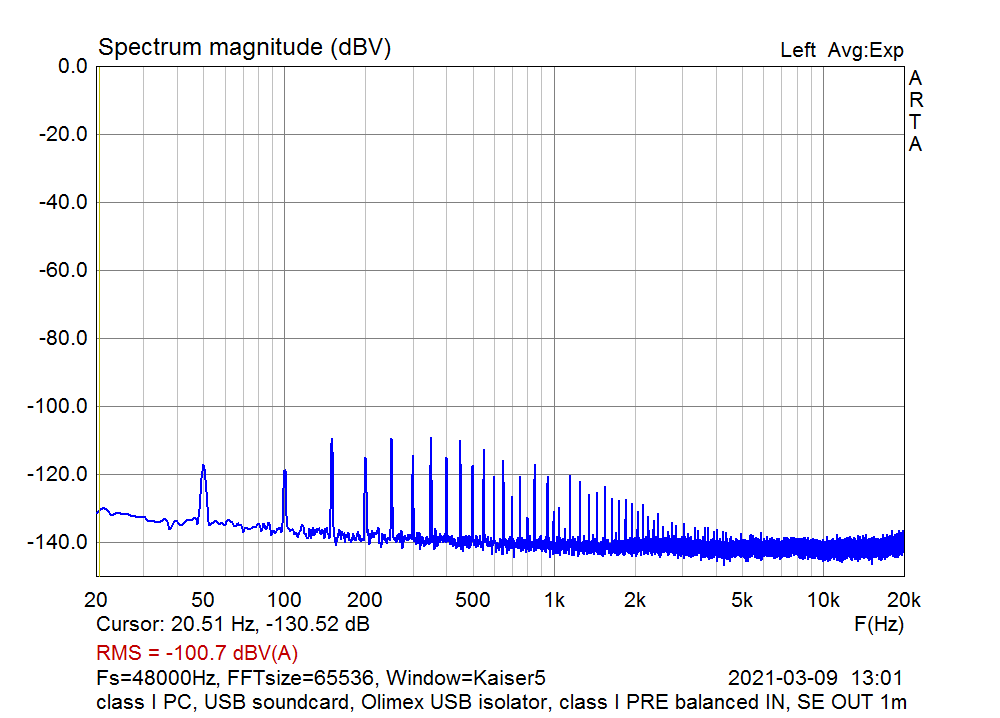 We can see that the USB isolator Olimex did not fix the ground loop issue. Though it yields DC isolation, the signal most probably travels through stray capacitances of the USB-ISO.

3. Two USB soundcards at one PC, one connected through USB-ISO

However it helped to clean USB mess when I connected 2 USB soundcards to the same PC and the USB loop was created. 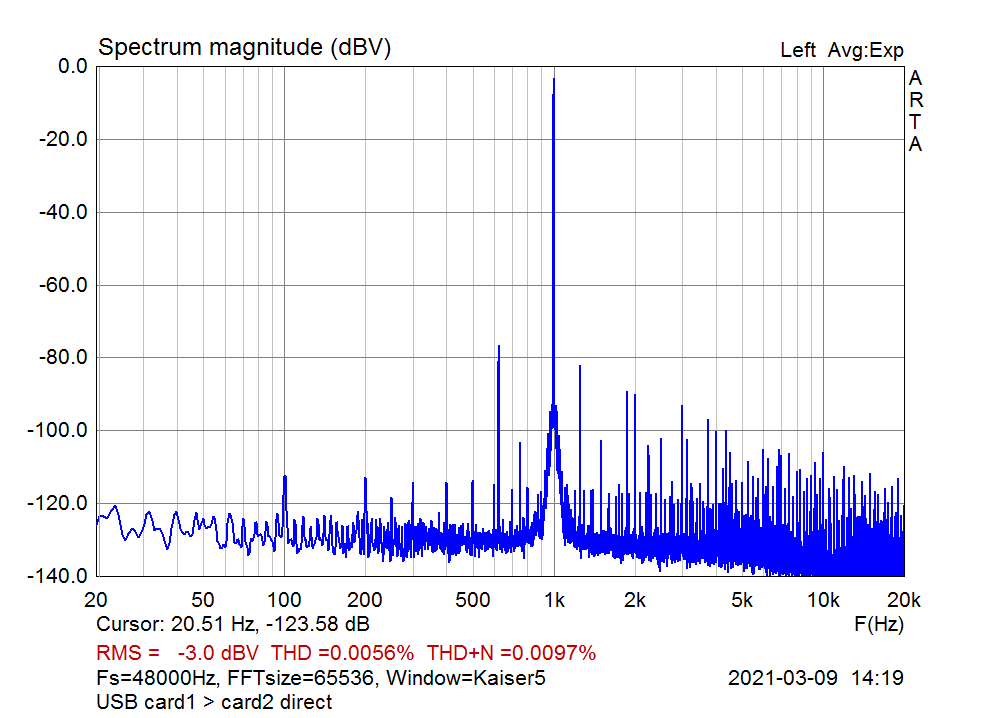 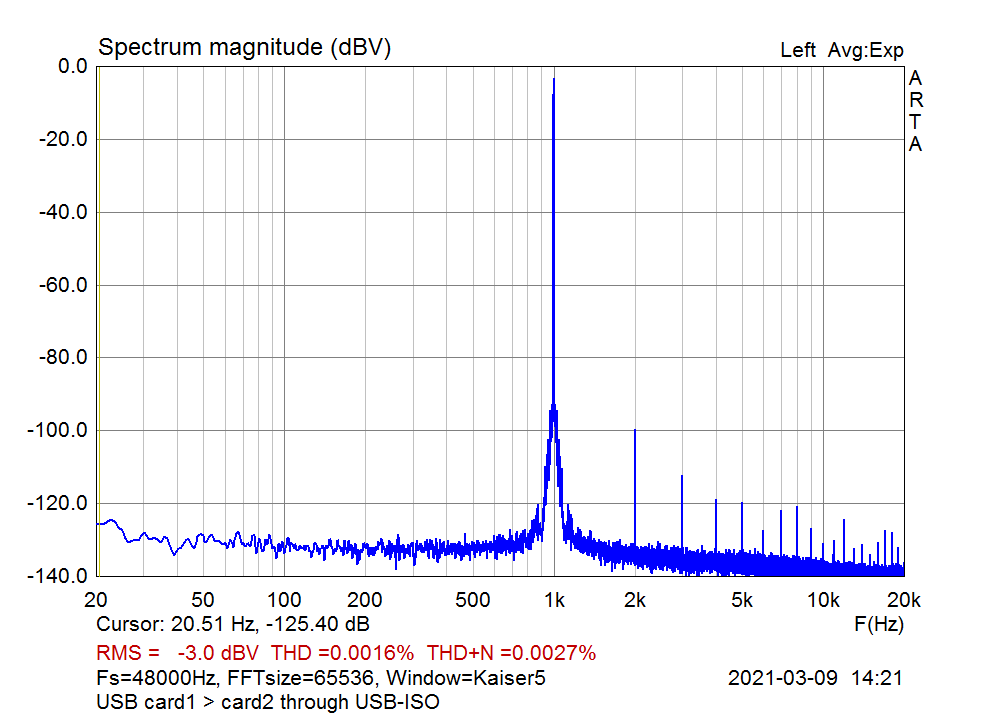 Same but one of the cards on USB-ISO. The mess is gone. The jitter is a card problem.
Last edited: Mar 9, 2021
http://pmacura.cz/DIY_250W_4ohm_amplifier.html

I'm using the exact same adapters for isolating chip programmers, serial interfaces etc. The do their job but the isolation is not stellar.

Plus they don't do USB 2.0 HighSpeed which what my RME's are running with, so I had to invest in the Intona isolator which works flawlessly in every regard.
C

Since this device uses ADUM4160, I will assume the issue is with the DC-DC converter and transformer interwinding capacitance. Have you tried using the DC input with an isolated adapter also?
OP

chris719 said:
Since this device uses ADUM4160, I will assume the issue is with the DC-DC converter and transformer interwinding capacitance. Have you tried using the DC input with an isolated adapter also?
Click to expand...

There were probably multiple issues in post #1 SE measurements. Another set and another configuration with better results 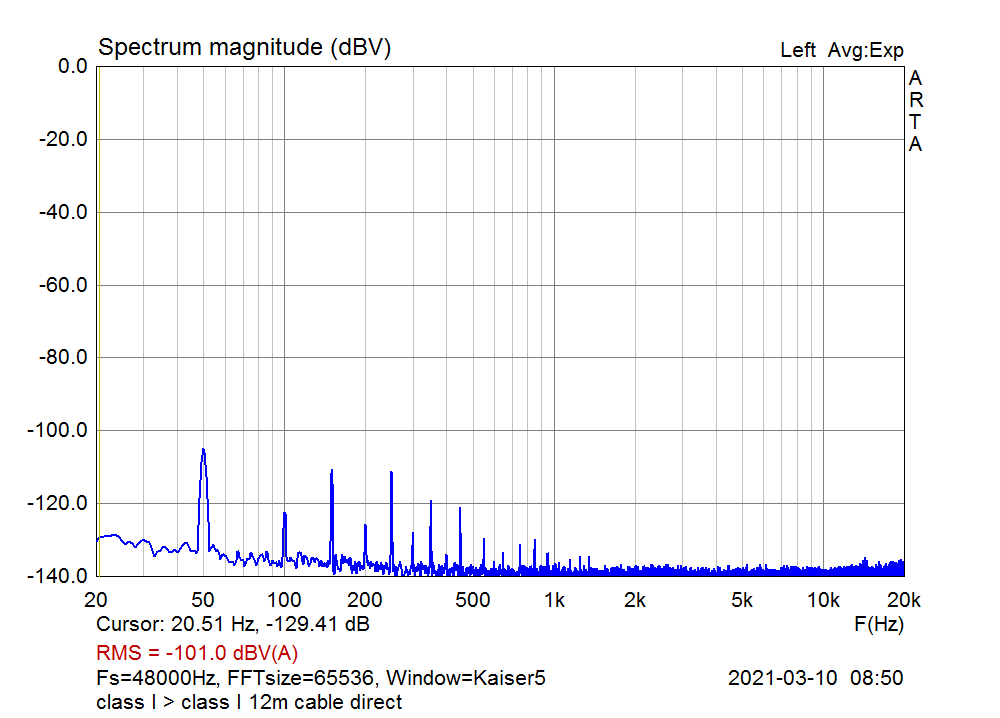 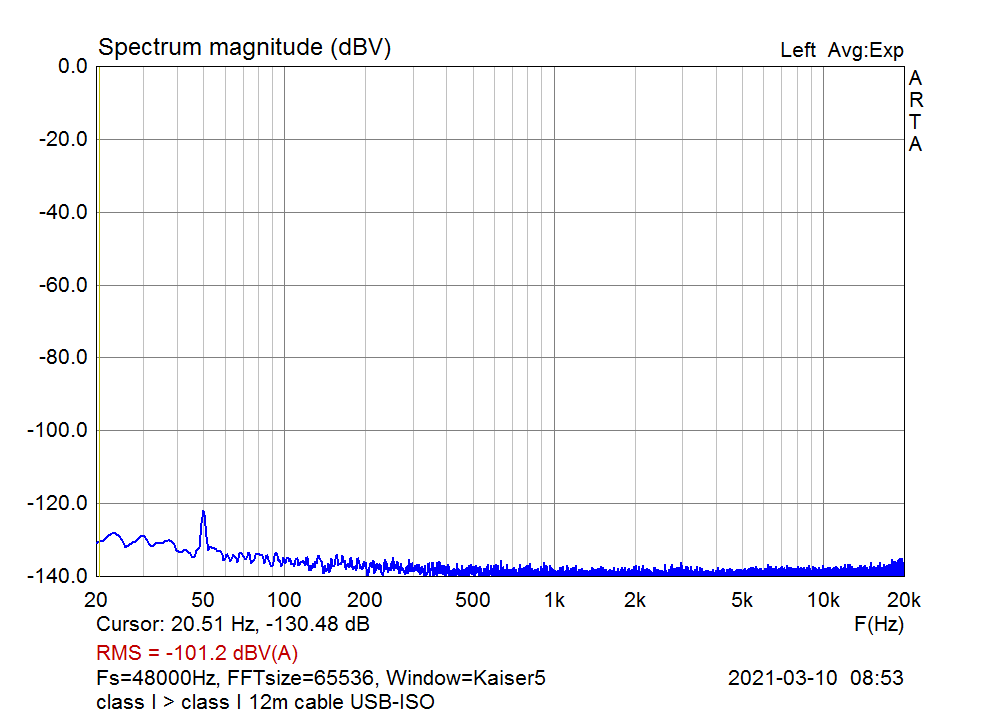 I will try 9Vdc battery supply later.
http://pmacura.cz/DIY_250W_4ohm_amplifier.html
You must log in or register to reply here.