Why do photography review sites have such bad photographers?

A camera is a tool.

A photographer is a practioner. Most photo-takers are not practised in the art of photography. Those classic Leica- era shots were taken by artists, not by the camera. 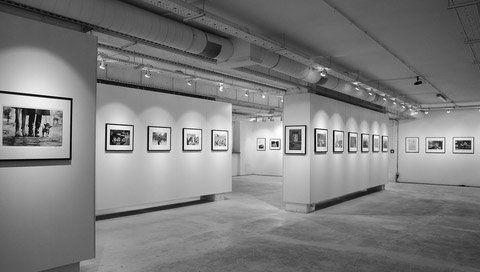 Last edited: Sep 21, 2018
Einstein: If you can't describe it simply, you don't understand it well.
Wombat: Or your explanatory skills are deficient.

Photography is a different hobby from acquiring and playing with camera gear.

A gearhead is an empty head.

Amir is the picture of grumpiness here ..
independence, we do it together..
https://www.patreon.com/audiosciencereview

steve huff seems to be okay for reviews. It's entirely subjective (we have dxomark for measurements?) but he takes more natural photos with little to no PP so you get a decent idea of what the gear can do. He buys his equipment.

I stopped visiting dpreview a few years ago.

What are some good review sites you know of?
Amir should start a photographysciencereview.com and rant over there

amirm said:
I could easily replicate that on a phone.

Here is a grab shot using my phone from Banf, Canada:
View attachment 15806
Click to expand...
Pretty shot Amir and ideal for a landscape but absolutely nothing like you would get with a 36x24 sensor and wide open f1.2 lens for depth of field that the review picture was trying to show.
Phones are easy if you want almost everything in focus with their tiny sensors and very short lenses, ideal for landscapes. Trying to emulate dof effects in software is available on my phone and works OK, but not as good as the real thing.
Mind you Ansel Adams recommended f64 as the aperture for landscape dof on his 10x8 view camera.

DP Review was a British web site based in London originally, test shots were almost all in the river Thames area. They sold out to new owners who moved it elsewhere some years ago. They have not improved it IMHO.

Frank Dernie said:
DP Review was a British web site based in London originally, test shots were almost all in the river Thames area. They sold out to new owners who moved it elsewhere some years ago. They have not improved it IMHO.
Click to expand...
Then resold to Amazon I think. 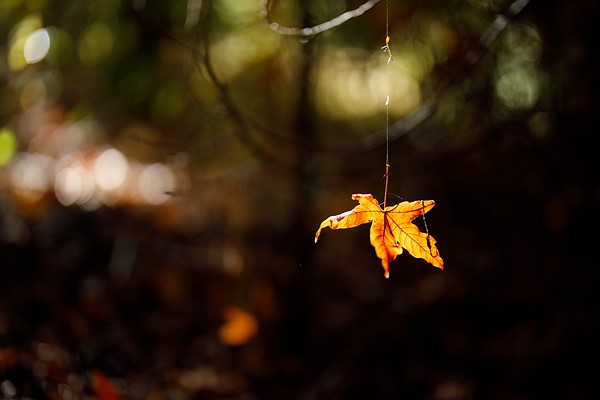 Maybe you / we, are misunderstanding the reason for the photos. Not knowing anything about the text, review etc.

Was the purpose to show composition, or some other facet of the art of photography? Or just a feature or quality of the hardware being used?
I am really a Wasp!

I think we understand what the photos are for but possibly if they were fantastic pictures the mechanics would be lost in the splendour.

Imo they should be functional and not spectacular pieces of art, showing off technical functions as they do but I’m no expert so perhaps they fail in this regard too.

Maybe they need to drink more beer , yes I think that’s the problem.
independence, we do it together..
https://www.patreon.com/audiosciencereview

solderdude said:
IMO The blur in front and rear is intentional to evaluate the Bokeh in front and back of the focal point ?
I don't think the pictures are intended to show of their photography skills etc. but rather show that what cannot be put in numbers.
Click to expand...
Maybe that's what it is. And maybe there are better examples too; the subjects in those photographs...suck; excuse the word please...it's only to emphasize.
~Bob ♪♫♪♫♪ ☼ And it stoned me to my soul - Van Morrison
........

Thomas savage said:
I think we understand what the photos are for but possibly if they were fantastic pictures the mechanics would be lost in the splendour.

Imo they should be functional and not spectacular pieces of art, showing off technical functions as they do but I’m no expert so perhaps they fail in this regard too.

Maybe they need to drink more beer , yes I think that’s the problem.
Click to expand...
Well my thought also. If they were just trying to display feature or function, then they could be crap photos and still serve their purpose. Another point IMO the quality / resolution is only as good as the viewer's screen, so I never put allot into stuff posted as such. Can be a bit like listening to an audio demo on YouTube.
I am really a Wasp!

Thomas savage said:
if they were fantastic pictures the mechanics would be lost in the splendour.
Click to expand...
Also a very good point.
I am really a Wasp!

rebbiputzmaker said:
Also a very good point.
Click to expand...
I agree- I hadn't thought of that.
Ricky Roma: I subscribe to the law of contrary public opinion... If everyone thinks one thing, then I say, bet the other way...

I like the reviews and photos by Ming Thein. At least his photos are appealing!

Looking at the images used as an example, they don't do anything for the lens in question.
A 50mm f/1.2 is going to show it's strength on a full-frame sensor (5D etc.) and in situations where a narrow depth of field is required or low light operation is critical.
This thing is, with modern sensors, the low amount of noise at some silly high ISO sensitivity, as well as post production NR, mostly makes large aperture lenses irrelevant in terms of actually being able to operate and get a shot in dim conditions. So really the point of a lens with a wide aperture is for allowing creative use of depth of field. None of those example shots really demonstrated that.

Of course, the lens can be used on APS-C cropped sensor cameras, but it only means that framing is harder, having to move further away from the subject and therefore reduce the amount of out of focus blur possible.

I'd have though we'd be more favouring the shots of test charts and controlled conditions, being all science driven.
Taking pictures of a pretty lady with one lens and a rusty old fire hydrant with another is like playing Steely Dan through one DAC and The Sex Pistols through another, totally not an apples to apples comparison. If you are a dog you might be going crazy for the fire hydrant...
G

...uhm...so what is a good shot ?
What make a shot boring ? Or interesting ?
IMO a lot of photography today tend to be more advertising than photography. That's why I can't judge if these picture are good or not.
What I want to see of a new camera or a new lens are : resolution, low light capabilities, and the quality of the bokeh. And it's just technical stuff.
Photography ? I don't care as it's really a matter of taste.
Furthermore, I even prefer to see random shots in reviews than beautifull ones because then I'm not distracted and can judge technical stuff.

Do you find that pink noise is a beautiful thing ?

The images that Amir posted did nothing to show quality of bokeh, not much depth of field ability, no low light strengths (which hinges on camera/film capability more than anything), chromatic aberrations, zone sharpness or auto-focus tracking speed.
The images were basically a waste of time and bandwidth.

Sure, we could go to Canon's own site and loom at lovely pictures all edited up that really show case the photographers ability to utilise the lens to create what they wanted to. That's cool, but that's also a sales pitch.
I liked looking at the charts and standard consistent test scenes, where although it might be a fairly boring scene, comparing the same shot with the same camera and settings, but varying the lens gave some idea how the lenses performed side-by-side.
G

Unlike hifi I think there are at least two crucial aspects of lens performance which do not have any agreed method of measurement, and are crucial to the usability of the lens.
The first is boke, Canon state in their first or second, I forget, Lens Work book that any lens where the sagittal and meridonial lines of the mtf chart are as close together as possible but give no explanation.
The other is flare and flare resistance.
I have had sharp lenses which have awful boke and several otherwise nice lenses which flare so badly at certain angles they are useless.
Yet everybody just bangs on about sharpness, which is pointless in a fast lens if the boke is poor and in any lens which flares.
Grrr.
You must log in or register to reply here.
Share: Facebook Google+ Reddit Pinterest Tumblr WhatsApp Email Link