What headphone(s) do you own ?

mitchco said:
NAD Viso HP50
Click to expand...
After reading your review a while back I picked up a like new pair of HP50's off ebay for 80 dollars. Best deal in headphones I have ever made. Thanks.

Some basic stuff, in chronological order:
Prompted by my growing acceptance of headphone listening I began looking at buying a "good" pair of full size headphones. Several Massdrop specials caught my fancy, Focal Spirit Professional as well. I talked some about it with a friend of mine, who's about as crazy about sound as I am but with more disposable income, weighing the merits of each candidate, when he told me if I fancied a listen to his new toy We arranged a timeslot where we wouldn't be disturbed and over to my house he came with his Focal Elear and a Questyle DAC/amp. We connected it all up to my Squeezebox Touch, bypassing the Questyle's DAC, just using the headphone amp, and of we went on a trip through my collection. I was smitten ...
Price for this gem was somewhat out of my league however, so I began putting money aside towards it. Earlier this year, about 4 months after I'd first heard them, my buddy suddenly calls me: "I'm buying the new Focal Clear, fancy buying my Elear?". I got them at a 35% price reduction compared to list price, only 5 months old, so "barely broken in" I can't imagine headphones more suited to my musical tastes. I'm well aware of the current Elear bashing that seems to be going on all around the same sites that were previously raving about them being the best thing since sliced bread, and to some extent the criticism levelled against it are true, especially when it comes to sparsely orchestrated violin music, but given that it's incredibly rare that I listen to such music it's a non-issue to me.
What they do have, especially now that I've paired them with the Topping D10 + A30, is an expansive soundstage, articulate and copious bass, realistic mids and highs and above all incredible speed and dynamics. They sound so "alive" I can just listen for hours on end, much to the chagrin of my wife, who's already mightily regretting allowing me the purchase, as I tend to get "lost" in my music when I put them on.

Stax headphones with three earphones and three amps. The highest end one is the Omega. The other is the Nova. The amps are both tube and transistor.

solderdude said:
I may be sick in some way:
Owned and sold many times more than this.
definitely a horder...

Pioneer SE-300 ans SE305 (just out of curiosity, costed nearly nothing, not used)
Koss KSC35 and 2 pairs of KSC75 (have gotten lots of usage in the past)
Jays V-Jays (somewhat similar to Koss thingies)
AKG K518 (modified, still not great)
Fostex T50RP both modified and EQ'ed (have not been used for years, great sound though)
Beyerdynamic DT990-600 (oldie, used it for many years, not used any more but can't part with it)
Beyerdynamic DT1350 EQ'ed and nubuck pads (used these on vacation now and then, need EQ, very dynamic and good SQ to me)
HD250-Lin II (2 of them, not in use one driver defective)
HD238 (modified, wife uses it on vacation)
HD438 (modified, not in use any more)
Philips Uptown 2x (modified, good SQ, not in use anymore)
Mitchell & Johnson JP1-DJ (not in use)
Master & Dynamic MH40 stock (+ passive filter) not in use.
Superlux: HD681 (modified), HD681-EVO (modified), HD662-EVO (modified) HD687 proto (modified), HD688 proto (modified), HD671 proto + production (modified), HD672 proto + production (modified)
Fostex TH-X00 (used with EQ, rarely used)
Sennheiser HD58X proto + HD58X production (modified and filtered) occasionally used
Sennheiser HD650 (old, black driver) (EQ'ed) has been used extensively in the past. Now in the drawer. Not gonna sell it.
Beyerdynamic Custom One Pro (modified), my current toy. Did not like the stock version.
Sennheiser HD800 (EQ'ed).

I had a pair of Radio Shack phones (1969 or so) - gray ones with air-filled ear cushions when I was a kid. I have no audio memory of them.

Whatever little lightweight thing that came with a DiscMan... They were OK, as I remember.

Had a pair of Sony MDR-CD750 from 1992 or so that I never used which disintegrated just sitting on the shelf because they were so awful.

Nondual said:
When you say "Modified" - what does it mean exactly?
Click to expand...
altered in some way or another which differs from headphone to headphone.
For some headphones I wrote tutorials (downloadable in pdf format) for other headphones I have posted the modifications directly on my website.
People have a tendency to overestimate their hearing capabilities.
Use your ears to listen to music not as an analyzer.

Stax SR 507 (got used, sounded bad, found perforated mylar) then the headband broke. Eventually: Replaced mylar myself, repaired headband myself. They sound best with 'normal' bias, which is how I run them. They are Frankenstein, but are some of the best Stax I have heard, detailed, great, full bass etc. I would say sound is halfway between 007 and 009, which is about perfect. I have no idea why 'amateur' mylar wound up sounding so good on them. I run them with various amps through a transformer adapter using Z565 Dynaco transformer (used in the old Dynaco SCA35 amps from the day).

I vary rarely listen to either.
Fill Your Hands You Sonofabitch! Molon_Labe MAGA
The gullibility of audiophiles is what astonishes me the most !

Don't like headphone listening. Only use them when it is a necessary.
Some older Beyer DT880's.
My favorites are Sony MDR 7510.
I have some Creative Aurvana on ears for use with my phone or tablets or such.

I've had various phones over the years, none of them wowed me. Stax Lamda, Koss ESP9, Nakamichi SP7's which were my favorites until they disintegrated after a decade of use, some Grados SR60, SR80, and others not worth mentioning. Oh, and my first phones were Koss K6. 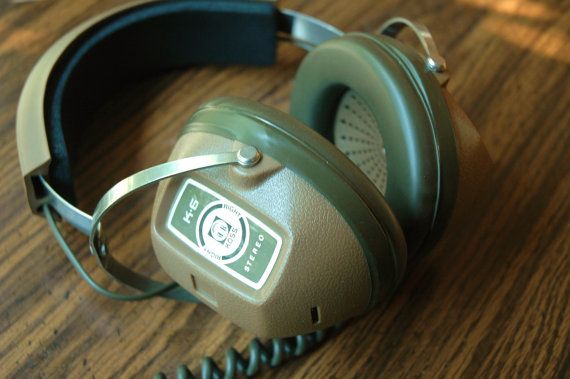 "The real purpose of the scientific method is to make sure Nature hasn't misled you into thinking you know something you don't actually know." Robert M. Persig

My junk (updated 12-Sep-2019):
IEMs:
I had thought the Clears were going to be my "endgame" headphone, but the clipping with highly-dynamic tracks has been incredibly frustrating, and I've found myself grabbing the HE-560s (and now the Sundaras) more and more often, or going back to the HD6xx. I should probably take some time looking at the Stax lineup.

In retrospect, this list is just silly. How the hell did I end up with all of these?
Last edited: Dec 10, 2019
-Ed
Felix qui potuit rerum cognoscere causas.
about me • my headphones • my media storage
G

The ones I actually use are:

I also have a decent collection of 'retro' 70s headphones I bought at a time everyone was throwing them out. I made great speeches about over-ear phones coming back into fashion and they'd one day be cool again. I was laughed at (in-ear was in fashion).
Ricky Roma: I subscribe to the law of contrary public opinion... If everyone thinks one thing, then I say, bet the other way...

ATH-M30X, sounded alright for the price, gave to my sister.
NVX XPT100, decent sound-stage for closed, kinda shouty. Modded it to reduce shout and deepened the bass and currently using it at work.
VE Monk, probably my favorite to wear and just forget about, sounds ok.
Hifiman 400i (No Back-plate), Like almost everything except the 8-9 khz peak at time, and can be REALLY BAD on some songs like "Losing my Religon" by REM on Spotifiy.
I personally really like the 2-3 kHz dip that Hifiman usually has, makes thing easy to listen to.

Beyerdynamic DT880 600Ω (previously DT990 Pro 600Ω -- falling apart after 20 years)
Audio Technica AD900 -- paired with bass-boost CMOY amp for low end oomph
NAD HP50
Brainwavz B100 -- IEMs for portable use
The highest activity a human being can attain is learning for understanding, because to understand is to be free. -- Spinoza

I don’t much like headphones for listening either but as an occasional DJ and producer they are essential.

Current pair is NAD HP50. These suit me as they present as clean and neutral in the mids and treble, slightly heavy in the bass for some tastes. They also isolate better than average which is good for my hearing as a DJ.

Before that I had a pair of Senn HD25-II, the classic DJ headphone. They sounded a bit warmer and rounder, but were not too bad. Much prefer the NADs though.

Also have an older pair of Shure SRH-980. They’ve never sounded quite right to me, basically just a bit too lean.

My girlfriend has Audio-Technika ATH M50x. Those are very pleasant to my ears, like a warmer, more laid-back version of the NADs.

Long ago had a pair of HD-650 that broke. From recollection, those were the best of the bunch for me, mostly because of their very clear, delicate treble (on my head at least). Would consider getting another pair if I didn’t need closed cans for DJing and wanted something purely for listening.

andreasmaaan said:
Curious to hear your thoughts on the HP50 @Guermantes?
Click to expand...
I want to really like the HP50s but something about them holds them back from being my favourites. I know they are possibly the most neutral headphones I own but they still sound too "rock'n'roll". Some recordings I enjoy a lot with them but many of my classical recordings have me reaching for the DT880 or the AD900.

I think there are two reasons: dynamics and distortion. They sound a bit flat with some recordings and I have noticed some compression with dynamic orchestral pieces. There is also some lack of clarity in the high frequencies which I think may be attributed to distortion.

That said, my other headphones all have failings, too, so perhaps it is all a matter of what I am willing to tolerate or compromise in my listening preferences. If I am making mixing decisions, I would trust the DT880s with some Sonarworks EQ but would also use the NAD HP50s as a check or for laying down tracks, much like I would use near field monitors.

Also, the leather on the pads on my HP50s is disintegrating. Does anyone know of a source for replacements?
The highest activity a human being can attain is learning for understanding, because to understand is to be free. -- Spinoza
You must log in or register to reply here.
Share: Facebook Google+ Reddit Pinterest Tumblr WhatsApp Email Link
Top Bottom