No one has mentioned the most original rock band, The Who.
Intro and System
P

It all comes down to what you like. As others said, rock is a ridiculously broad genre, especially as you go over the decades and the international variants.

gene_stl said:
No one has mentioned the most original rock band, The Who.
Click to expand...

not to mention the best.

I don’t listen to a lot of music I grew up with. I still adore much of it, for the times it marked in my life, but there is so much great new and other music that I haven’t heard yet…. And so little time. Music listening is all about discovery for me and rarely about nostalgia or familiarity. That’s just me. I seriously hate going to a buddy’s place and hearing their classic or yaught rock collections on in the background though. It shows zero learning and progression by them over the years. Grit my teeth and cleanse my palette when I get home with a session of something new.
And music with lyrics is fading out of my preference. Though there are lots of good musical poets so much so-called pop and rock is childish and banal lyrically. Jazz and instrumental is moving in.

ernestcarl said:
It’s a little hard to believe when someone says they don’t like such a broad genre such as rock or classical. There so many different (related) styles there’s bound to be some album/artists or piece of music at least “likeable” out there — that could still be called rock or classical etc. even though to one’s mind they may not sound like stereotypically belonging to the group at first.
Click to expand...

Yeah listen to contemporary "country/western" is almost all rock. I miss Hank, George and Patsy.
I have SEXDAILY… um … DYSLEXIA so please forgive any missing or misspelled words or grammar issues

oozlum said:
I suggest you to dive in progarchives where you can find other sub genres to navigate due to your taste.
Click to expand...

I’ve always wanted to enjoy prog. Even the new prog by Steve Wilson. As much as I try it just doesn’t register.
D 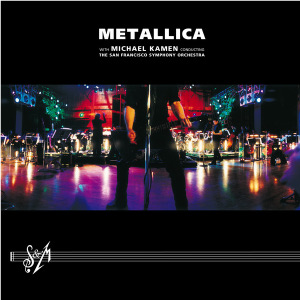 That's a great record, but death metal metallica is not.


musica said:
what are the main rock genres and which sub-genres of songs do you post, I want to understand if I like something?
thank you
Click to expand...

What do you listen to now?
Active Speakers>Passive Speakers
Dome Mids>>>>>All Others

dfuller said:
I love it, it's fun.

That's a great record, but death metal metallica is not.


What do you listen to now?
Click to expand...

Metallica went commercial and changed from metal to some form of commercialized stuff when they went big on Enter Sandman. Before that is the original Metallica.
D

Doodski said:
Metallica went commercial and changed from metal to some form of commercialized stuff when they went big on Enter Sandman. Before that is the original Metallica.
Click to expand...

To be sure you don't like rock I'd have a listen to:

If you don't find anything in that lot that floats your boat then it's safe to say you don't like Rock.

The original poster has not responded. It felt like a troll question.
How could anyone be that out of touch with contemporary culture to even ask it?
You don’t have to like rock to clearly know what it is and isn’t. But you have to have been living in a cave from 1949 and just emerged to have even asked that question.

Not a big fan of Rock myself, but 1950s Rockabilly, crazy Surf instrumentals (1960s) and weird Kraut Rock experimental stuff (1970s) is occasionally my cup of tea.
B

Andretti60 said:
you can put both Chuck Berry and The Sex Pistols under it even though they do not sound anything alike
Click to expand...

Odd comparison since the Pistols were pretty much 99% warmed up Chuck Berry riffs ... ;-)

It's hard to imagine a person can't find some subgenre of rock they like ...
You must log in or register to reply here.

Yesterday at 1:56 PM
behappybevegan
B
A
Which type of conversation about Audio/Music do you really hate
2

H
Can I browse my music by genre then album with iPhone app mconnect or something similar?