Greetings from St. Louis in the center of the USA,

I have been an audio nut for about 52 years. In 1998 I moved out of the house were my stereo was and recently moved to a new house with a great room and I am setting up again. I have a lot of classic equipment and I will be expanding to modernize. Previously the only thing digital I had was a CD player usually a cheapie. I will be getting an NAS going and expanding to an up to date multi channel system.
Home built large sealed boxes with four JBL woofers. One cubic foot midbase sub enclosure with JBL LE10
2 Yamaha Beryllium Dome 3 1/4 inch midranges. Four Be tweeters. Quad Amped
Pioneer Class A amps (X3) Quad 405 current dumping amp Pioneer Spec 4 lots of other power amps
Pioneer D 23 electronic crossover (Linkwitz Riley) Early (1976 ) follower of the late great Sigfried Linkwitz
Also some fourth order LR crossovers(Mcclelland) which will probably end up in surrounds and rears and center channel sub.
In process of converting to quality multi-channel
Pioneer C 21 preamp
Technics SL 10 with boron cantilever MC cartridge, Pioneer PLC 590 with Stax arm
and, and, .......

Marantz AV7005 preamp processor for future. Multichannel bug has bitten me badly. A flare up of bite from 1970, when quadrophonic did not happen to bite me due to never having heard a great system.
A very kind and generous St. Louis audiophile sold me his extra OPPO 205. I never thought I would have one of those!
Two pairs of Yamaha NS1000 monitors for surrounds. 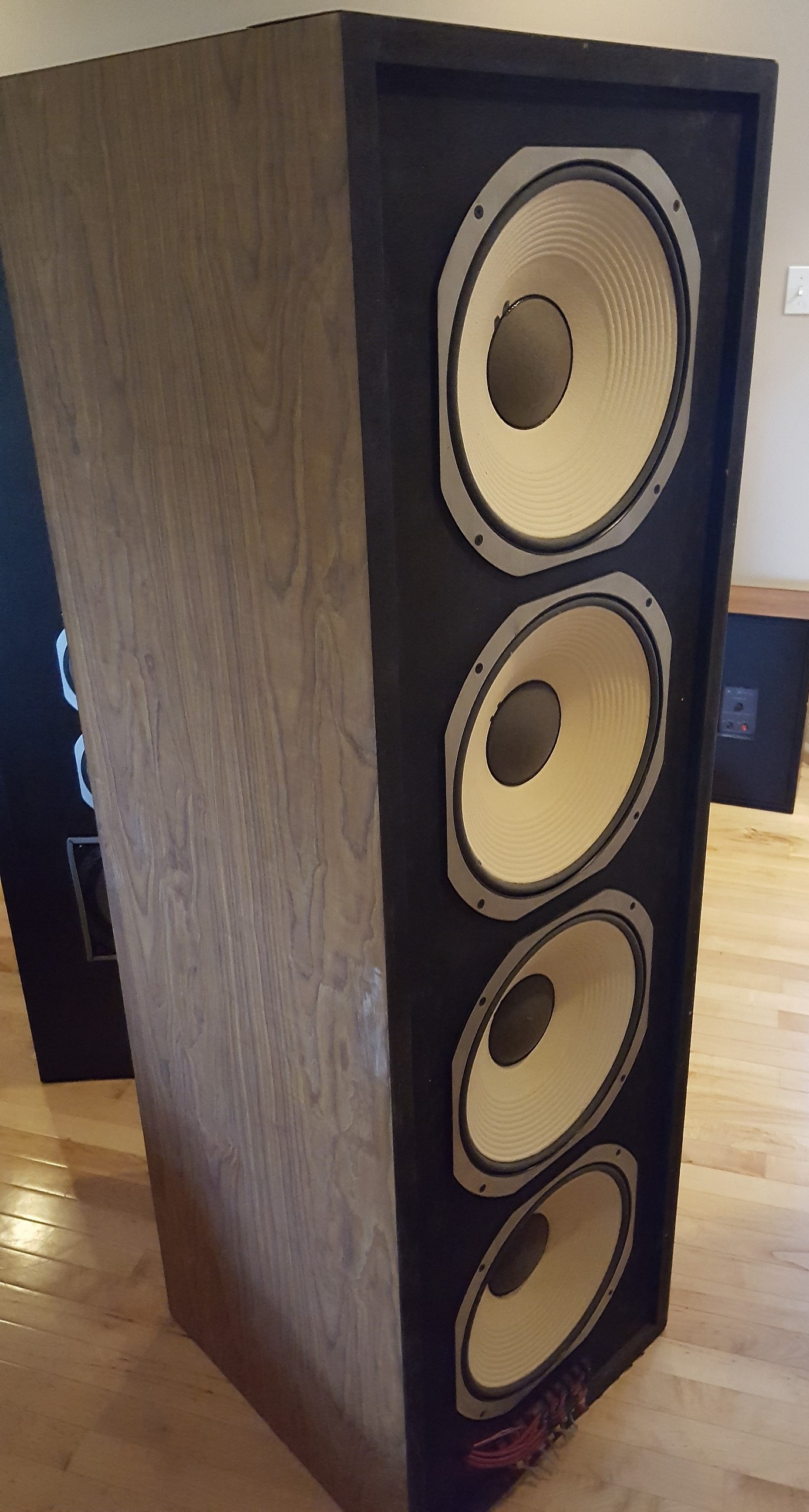 Great history of gear, and a great fellow you ran into for having him let you take hold of an extra 205.

Do you have more pictures of your day speakers. I am really intrested in your project if you had it published somewhere.

Ditto, I'd love to see what you did with the speakers.

The two best things about St. Louis: the invention of fried ravioli and the chess club.
“"If I have been able to see further, it is because I have been surrounded by midgets"
- Murray Gell-Man

Best coffee on the planet
OP

For some reason we call it "toasted ravioli" even though it is deep fried. We also have thin crust pizza which people either love or hate.
My grandson was one of 30 players that Gary Kasparov played simultaneously and when he was checked out there were only two others left. Eventually GK eliminated all 30.
Leave us not forget the Cardinals and the Blues! And the Arch. And McDonell-Douglas-Boeing. And , and .....

I will post some pictures as I get things put back together.

It is amazing how much money you can spend on this hobby without even buying much new equipment. The Oppo 205 is the first thing I have bought for the stereo , almost new, since 1977, when it all was new. I went to some trouble and stretch on that since I figured I would not get another OPPOrtunity. And I had heard about them and considered buying one , in the future , when they announced they were quitting. I figured now or never.

In 1977 when I built the system there was no internet (there was ArpaNet) so I have never published anything about them.

I have a very small system set up right now (stereo only) where I am testing individual components to make sure they are working OK (mainly power amps) I have also obtained a bunch of "new to me , used" power amps. I have been opening and vacuuming and checking for correct operation.

I also am very occupied with trying to figure out what I will do about a NAS, improving the home network, learning to rip SACDs and CDs and learning about DSP and room correction. Also thinking about ripping vinyl. Lots of prongs on this approach.

Finally I am preparing to cut down some 84 inch tall racks. I originally had a Pioneer rack. These go for $500 to $1000. Insanity. So I am modifying some tall aluminum server racks. (Chatsworth.) If anyone has any suggestions as to height or anything else before I start attacking them with the Sawzall , I am all ears. Also successful modifications of a two rail (U extrusion) rack to increase its tip over stability. I know put the power amps at the bottom. That may be enough. But I am a little nervous. I don't want it to tip and dump my Oppo, which won't be put there until I am satisfied with the stability. My initial guesstimate was to cut them down to 54 inches but I think that is higher than I want. I think 48 might be the magic number which is about the size of the Pioneer. There is a guy on ebay who makes better quality (he claims , but they do look great) copies of the Pioneer rack. My sweet natured Mrs. said why don't you just buy one. But they are $800 plus two or thee hundred shipping from Hungary where they are made. Another fellow in the Czech Republic makes nice replica rack shelves and only charges about $60 or $70 for them. But I have managed to
collect a nice bunch of regular shelf units and am not trying to effect a "Pioneer Silver" view. Did that in 1977.

Thank you for the interest. I am looking forward to hearing my system in the new larger Great Room.
Intro and System
OP

I finally managed to shrink some pix so that they could up load.
Intro and System
W

Consider streaming from the likes of Spotify and Qobuz. For me this has been a revelation, to have the equivalent of a large university library rather than just a few of your own books on the shelve. Find yourself a Chromecast Audio and you are all set (once you pay your subscription...). The CCA can also access a NAS.
OP

For me this has been a revelation, to have the equivalent of a large university library rather than just a few of your own books on the shelve.
Click to expand...

Generally speaking I don't see myself as a streamer except from free sites such as YooHoo Tooob which does have a great deal of interesting content and it usually is video too. But your revelation is an interesting point. Of course the CDs and SACDs that are in your own collection are types of music that you know you like.
Are Spotify and Qobuz free. Some of the mp3 sharing sites the kiddsez used to use were free until they got sued into being owned by the ones that wanted to charge.
I am going to join the kickstarter from Dr. Mark Waldreps book which is a lot about streaming but I am sure I won't stream much until I have everything else beaten thoroughly into submission. May I live so long. Things get more and more complex.
I do already have a Roku.
Intro and System
You must log in or register to reply here.