You will get a glimpse of SAPARi in this video: https://www.audiosciencereview.com/forum/index.php?threads/sonys-3-000-minidisc-pc-from-japan-–-vaio-pcv-mx2.25762/

SAPARi was made possible through work done by Sony CSL, a separate Sony division, VAIO, Sony Music Entertainment, and the users of SAPARi.

In Japanese it could be referred to as 3Dマルチユーザーチャットワールド「さぱり」or 3D Multiuser Chat World 'SAPARi' or
さぱりワールド SAPARi World. This service allows users to transform into virtual characters and enjoy multi-user chat in a 3D virtual space on the Internet encoded in VRML (Virtual Reality Modeling Language).

It would appear that Community Place Browser was able to read wav files placed in the VRML world, and to do so in a way that indicates its source position. When you turn away from the fire, you only hear its crackling from the left speaker for example. When you go beyond a certain distance the sound stops playing. This was probably some aspect of the technology provided by Sony Music Entertainment.

What’s also noteworthy is that certain VRML worlds contained exclusive PCM WAV files created just for that world. Then when the world stopped being circulated, they disappeared entirely. We unearthed many such audio files and VRML worlds. In the time of AC ’97, PCM WAV was being used. The time of compression codecs would come later. To avoid a shortage of HDD space, PCM WAV was kept to a minimum. So when you explore these ancient VRML worlds, you’ll get a taste of the excitement upon discovering a new sound effect or a marvellous sight. For old users from decades back, hearing the sound effect of bumping into a wall, or diving in at the diving spot in COAST (one of the most popular SAPARi worlds) brings back memories. Game sound effects are not the centrepiece of a VR world, unlike say, a piece of music, but they can be as important as a film score is to a movie.

As for the businessmen who tried to profit from Community Place, they sold the associated software B2B at impossible prices, and among their endeavours there was a VRML-coded Sony CD/music Shop where you could go in, click around, and perhaps listen to samples.

It’s such a shame (!?) that two decades on, although our internet is faster, those without internet still prevail, and nearly all interaction (including here on ASR) is 2D based. 3D is difficult to leave on record, largely brings little benefit compared to the immense investments required beforehand to set it all up, and is after all, too easily categorised as escapism. So the only place for it is in CAD and simulation training.

Mozilla Hubs did allow 3D to be finally accessible directly from the web browser, but uptake hasn’t been immense. YouTube and such have been favoured the most and for good reasons too.

But enough of all that. Like IVX's E1DA Discord group, SAPARi (さぱり) also has its Discord group. You can find the link in the video descriptions. The software, dating from 1997, works on Windows 10 and 11. There are multiple servers ready and willing to host your session. So I encourage those interested in having a go to have a look around for instructions floating around the net and experience the inexplicable charm that SAPARi/Community Place has to offer. 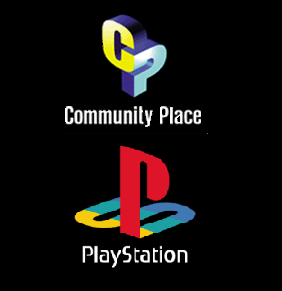 It hasn't escaped our talented members' eyes that there is a similarity between the two logos.

So talented that a Playstation logo+font style rendition of the original Community Place logo seen above is a three minute task 'completed before breakfast'. 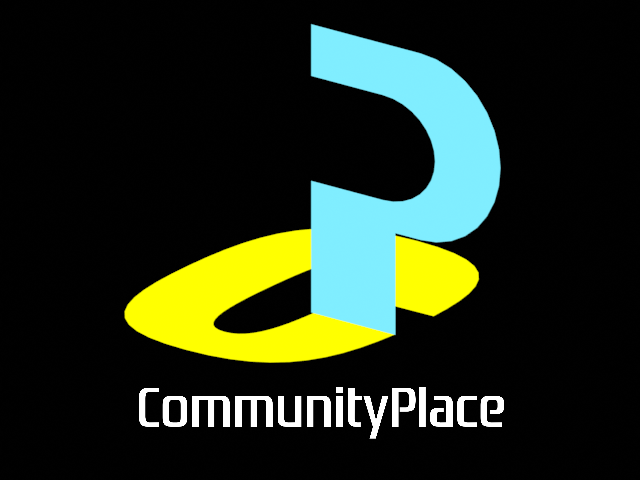 This is just a sample of the tip of the iceberg. VR, art, music, videos, programming, archiving, celebrating or chatting, we have it all, centred around SAPARi/Community Place. With thanks to Sony for creating SAPARi/Community Place, distributing and hosting it for free, discontinuing it, and finally greater thanks goes to the legendary SAPARi/Community Place revivalists!
Last edited: Aug 16, 2021
DACs and ADCs assist in knowledge dissemination, and they perhaps reduce hostility, bridge cultures, and improve writing skills.
Let's discuss Sony VAIO's consumers as Mastering engineers I DSD audio I SBM Direct I DSEE HX I VRML VR !
OP

A quick and easy site has been created with the bare minimum one must know about SAPARi in 2021: https://communityplacevrml.blogspot.com/
DACs and ADCs assist in knowledge dissemination, and they perhaps reduce hostility, bridge cultures, and improve writing skills.
Let's discuss Sony VAIO's consumers as Mastering engineers I DSD audio I SBM Direct I DSEE HX I VRML VR !
OP

And finally a quick and easy video step-through overview guide has been created, inspired in part by the ASR YouTube channel, with the bare minimum one must know about getting SAPARi to work in 2021 in 3 steps and 3 minutes and 3 languages:

VRML97 is very much a powerful standard which didn't quite live up to its potential.


But recently, owing to various reasons, VRML has once again been adopted by numerous users, proving that old doesn't mean obsolete. Just like there exist vintage gear, the Internet also has retro stuff. That prompted me to Request for Sony to Open Source their 1995-98 Community Place VRML Software for the SAPARi Community and educational purposes, supposing that it still exists.​

DACs and ADCs assist in knowledge dissemination, and they perhaps reduce hostility, bridge cultures, and improve writing skills.
Let's discuss Sony VAIO's consumers as Mastering engineers I DSD audio I SBM Direct I DSEE HX I VRML VR !
You must log in or register to reply here.