I have to confess: I always hated this song... until I heard this cover. Morgana nails it like the Police never could. 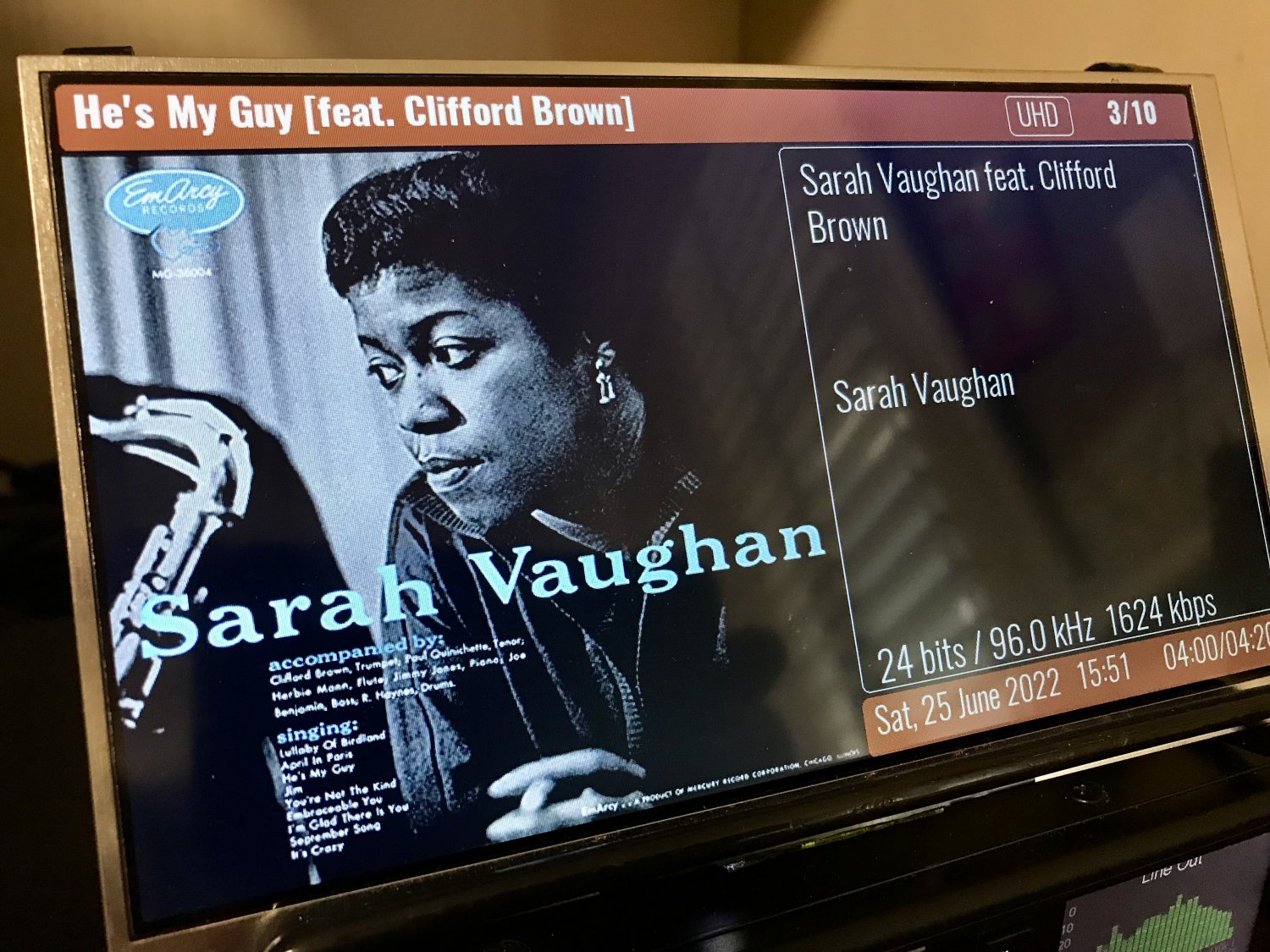 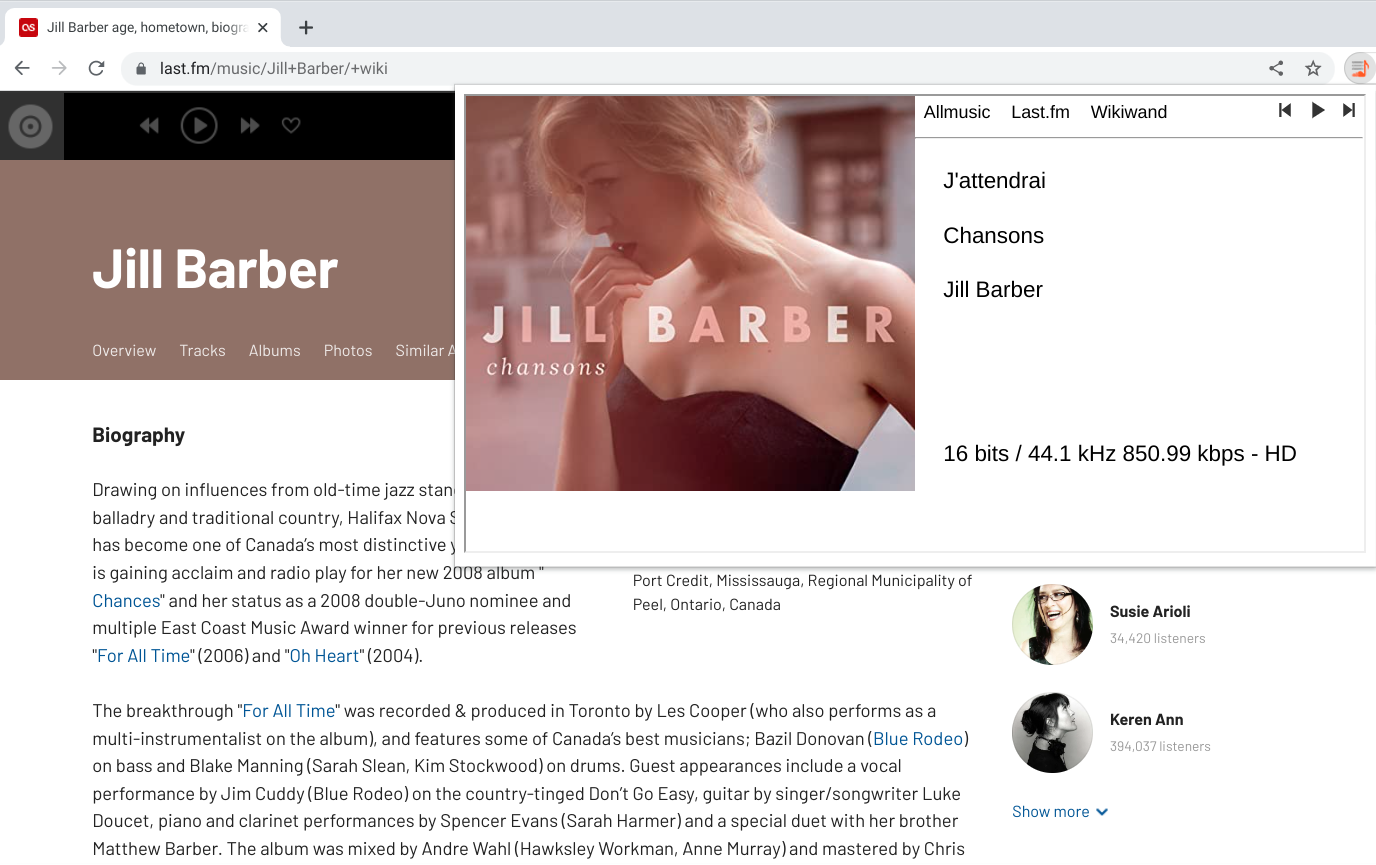 I love the album published by Suzanne Vega back in 2001, "Songs in Red and Blue". It's so personal and intimate, but also very much like her first works from the 1980s. This is my favorite song, "(I'll Never Be) Your Maggie May":

Another one a few years old but new to me now

Leslie Mendelson - Be My Baby

Modern, utterly lovely, folk duet: The Unthanks ... The King of Rome from their Diversions Vol 2 release (with Brighouse and Rastrick Brass Band) Proper Northern Soul (which I do also love)!

Loving music: trying to train my brain to ignore the other stuff
Mastering makes more of a difference than anything ... but how do you check that!
2.0 System: Sources (Pro-ject Debut => iFi Zen Phono) and WiiM Mini into balanced miniDSP Flex => Topping L50 => Sennheiser HD560S (EQd)
[Waiting for a repaired Topping PA5...] => Fyne Audio F301 (Sub comes next)
D

Chie Ayado
What A Difference A Day Made

Ledisi - My Baby Just Cares For Me 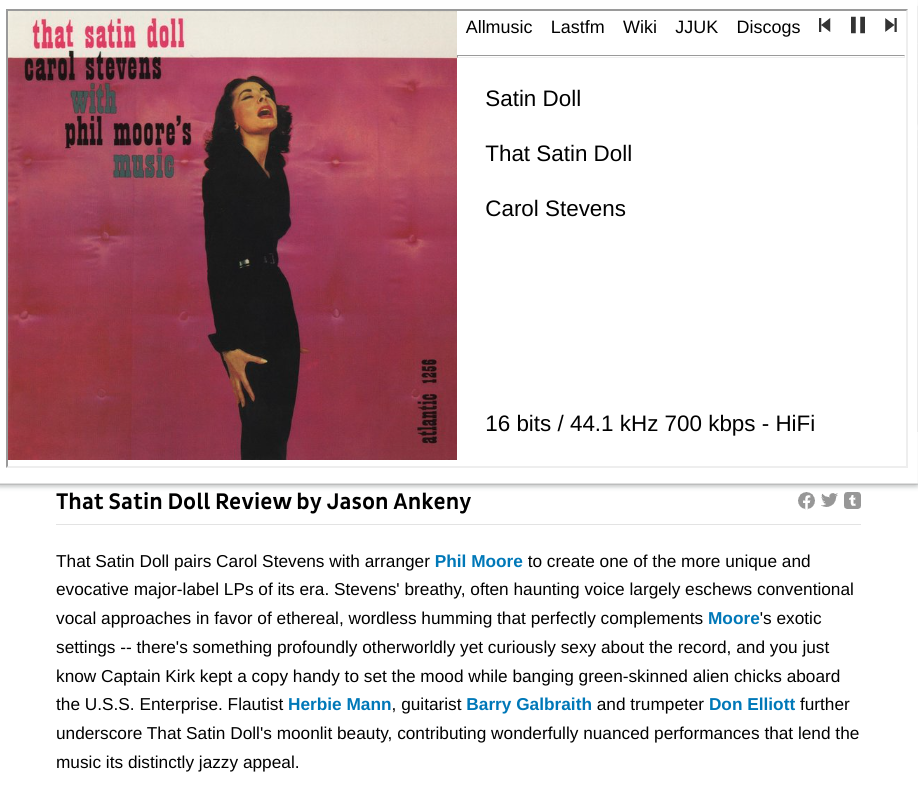 The always unassuming Shreya Ghoshal is a singer and film song recording artist, and now a composer too. According to the Wikipedia page on Shreya, since 1998 she has recorded over 2400 songs, and sung professionally in over 20 languages.

The soundtrack of the movie Bhool Bhulaiyaa was sung by Shreya and M.G. Sreekumar. Here is Shreya live in a 2012 concert in Doha, Qatar, performing the Bengali song "Aami Je Tomar ... Mere Dholna Sun" that she originally recorded for that soundtrack. Here she sings both the female and male parts. It is a fancam recording, and unfortunately the audio quality is parlous, but the performance makes the audio distortion worthwhile tolerating.

Here is the same song, but this is from the movie soundtrack, and sung by Shreya and Sreekumar as a female-male duet. This performance too is reel horrorshow.

In 2017, Shreya was Artist In Residence with the Berklee Indian Ensemble at the Berklee College of Music in Boston. Here they are in a live performance of the Hindi film song "Aap Ki Nazron Ne Samjha" originally recorded in 1962 by the late Lata Mangeshkar.

The song "Angana Morey", music and lyrics composed by Shreya Ghoshal herself, and sung by her. Accompaniment includes live strings by the Budapest Art Orchestra.

Lou Rhodes singing Gabriel, back in 2001:

Something from my country - amazing voice and good recording:

Just the facts, ma'am.
You must log in or register to reply here.

Recordings that can demonstrate Stereo Imaging
2