Do these measurements tell me anything?

I've been a reader of ASR for awhile now and it's inspired me to try my hand at making some measurements. I have both a Topping D50 and a MiniDSP DDRC-24 and recently I came by a Yamaha MG10XU USB mixer that I thought I might be able to make some measurements with.

The Yamaha runs about $200 on Amazon, so I didn't expect a lot. But, since @amirm showed there's a significant performance gap between the D50 and the DAC portion of the DDRC-24 I thought I might be able to measure some differences between them. Instead, the FFTs I captured from both DACs looked nearly identical, which I presume is because its ADC isn't up to the task.

So, my question is this: If I haven't managed to measure the differences between the D50 and DDRC-24, what have I measured, if anything? Does it tell me anything about the Yamaha MG10XU other than it's probably not going to produce lab-grade measurements?

FFTs are 64k, Hann window, 4 averages. First up is the spectrum FFT of 1kHz tone at 0dBFS. The green is the DDRC-24 and the brown is the D50. As you can see from my, presumably flawed, measurements the FFTs look nearly identical. 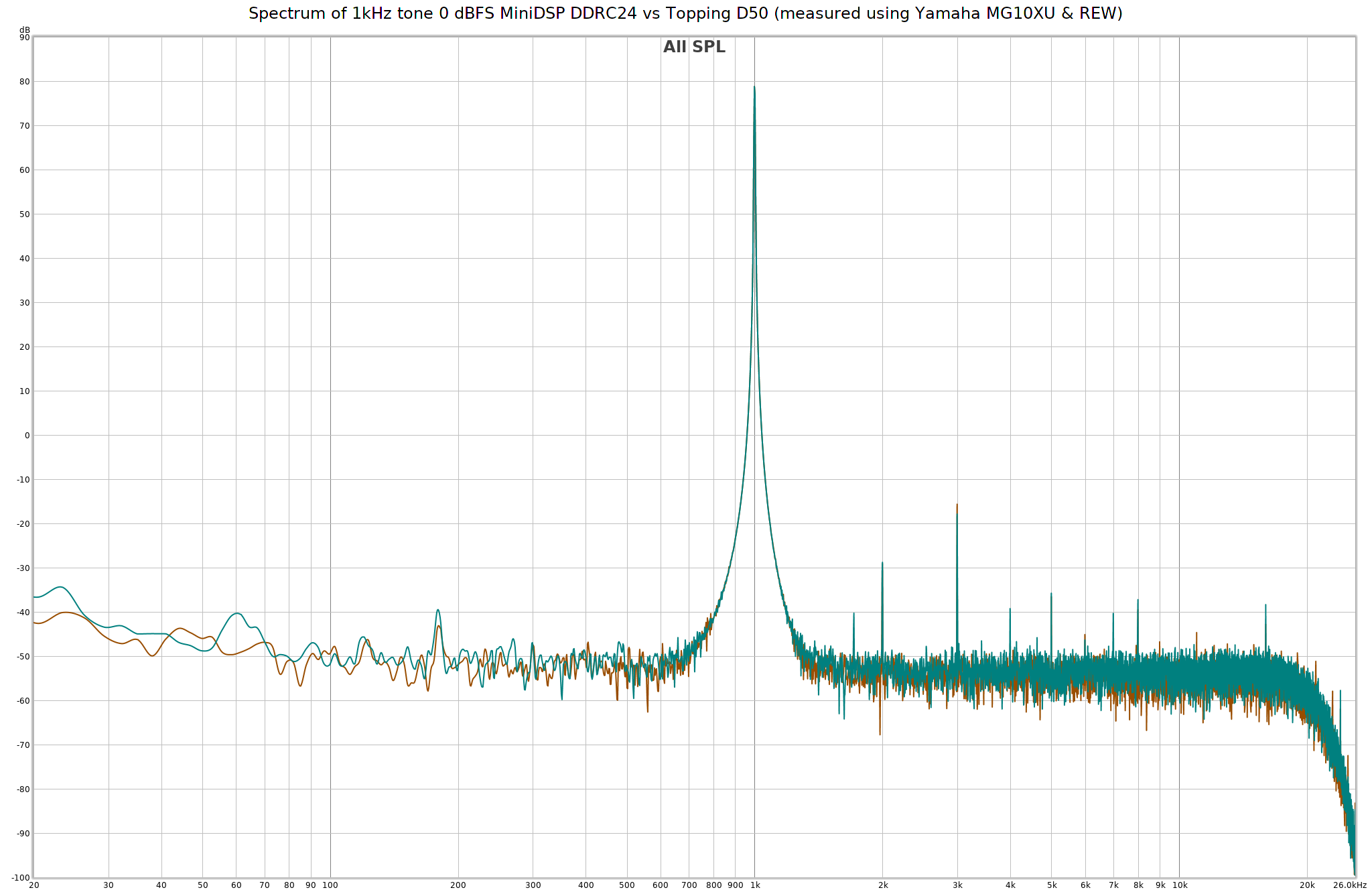 The next measurement I tried was the jitter and noise "j-test" signal. I couldn't find it in REW's signal generator so I used @miero 's excellent post about Sox as a guide to generate my own j-test signal. In this plot the green is the D50 and the orange is the DDRC-24. Again both FFTs are very similar. 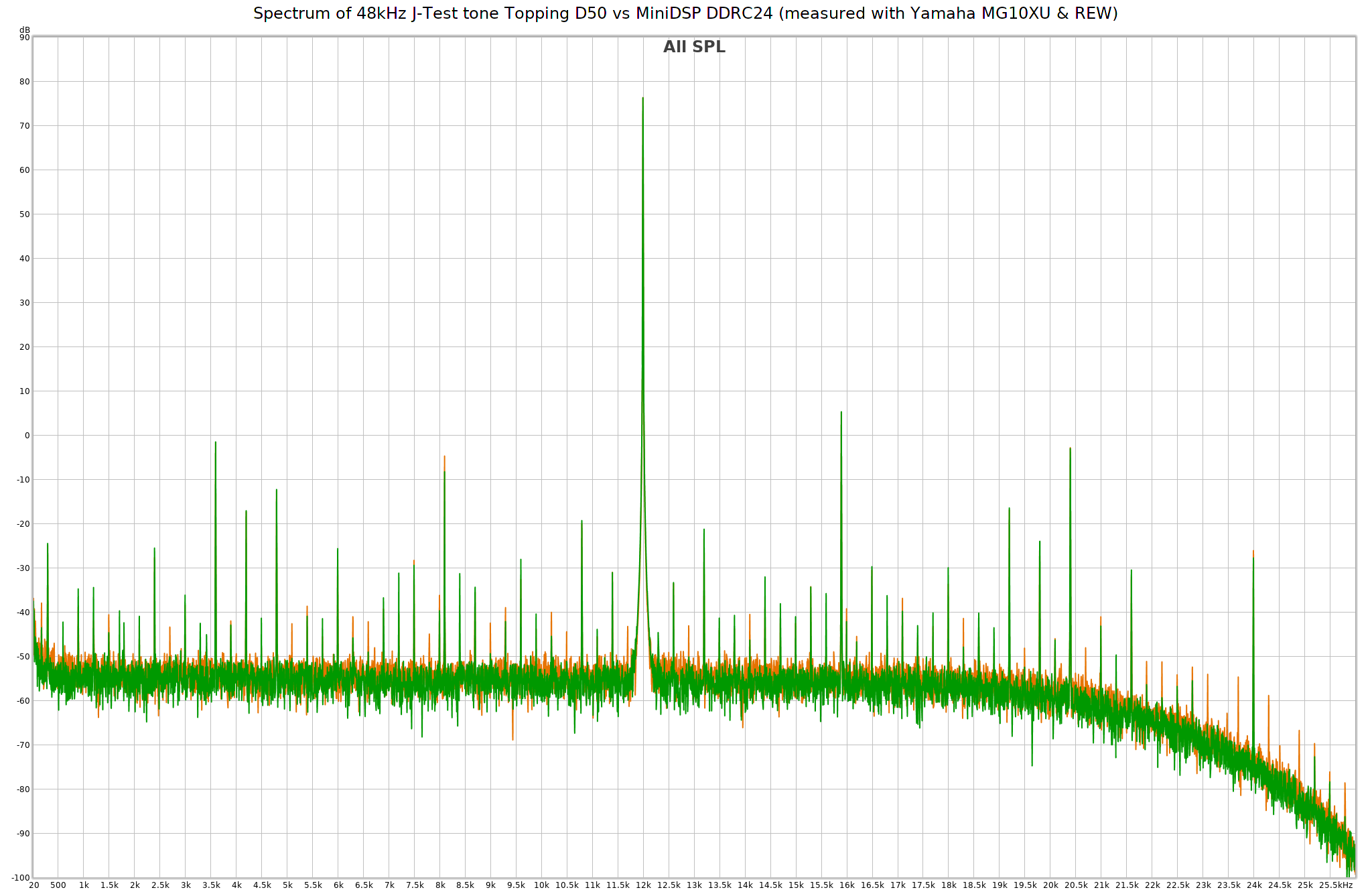 Your measurements aren't flawed. It does appear your ADC is the limiting factor, and that both DACs perform better than the ADC.

The specs for the Yamaha show a - 1.5 db at 20 khz and looks like what you get. They also show a best distortion as -84 db which it appears you are actually getting better than that. So I believe you are correct the ADC is the bottle neck.

You could go to a higher FFT count even to 1 million and you might see some differences in the noise floors, but likely the ADC is shaping that more than the DACs as well. I also think Blackman_Harris 7 for the windowing is better than Hann for these purposes.
"The real purpose of the scientific method is to make sure Nature hasn't misled you into thinking you know something you don't actually know." Robert M. Persig
You must log in or register to reply here.
Share: Facebook Google+ Reddit Pinterest Tumblr WhatsApp Email Link