Can you point me to these amplifier decay measurements?
“Beliefs are hypotheses to be tested, not treasures to be guarded." - Philip Tetlock
G

orchardaudio said:
@SIY has measurements posted for this amp here: 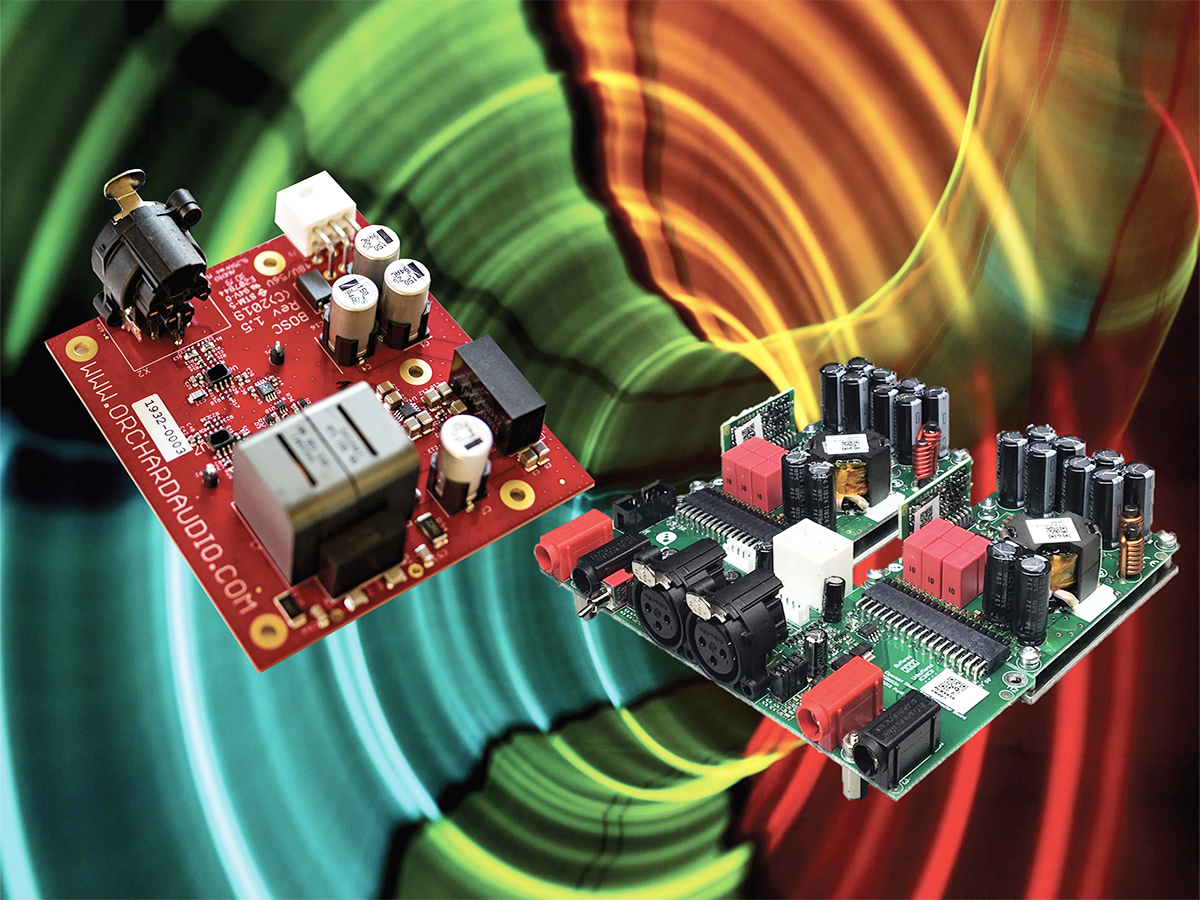 Stuart Yaniger examines new amplifier solutions from two disrupting audio companies. Purifi Audio from Denmark, founded by Bruno Putzeys, Lars Risbo, and Peter Lyngdorf, together with a remarkable engineering team; and Orchard Audio, with a product developed from the creativity and...

They correlate with all the measurements that I have posted in this forum. Basically what I posted has been verified by a third party.
Click to expand...

No one is contesting the measurement you have posted. What I am saying is: The Absolute Sound magazine duplicated your measurements and added a couple of useless comments and they call that a review. I am not criticizing your product , I am criticizing the magazine.
A

eddantes said:
I haven't had the patience to read through all of it... But has this thread grown over 100 posts, because the OP refuses to do a DBT (or simply a BT) correctly?

Dude - feel free to remain in the warm embrace of your presumption, but if you want to be sure of the truth there is no replacement for a proper blind test, that a many here have advised you on how to do it.

Anyways - best of luck to you, I'm unwatching.
Click to expand...

It was a blind test, not a DBT. As someone who does design experiments for a living, I don't see how a single blind test was done incorrectly in this particular case.
A

Some notes from testing methodology standpoint:
Notes on possible elements of bias:
You had a bias/expectation of there being no difference which is commendable that your data showed the opposite and you sought to understand why. This is the process.

I am not familiar with these amps and only have knowingly heard the McIntosh before. From what others have written here, it seems like there is a wider element of human error involved with the AHB2 in terms of setting the impedance and gain properly. While some might use this variable to invalidate the study, I find it to be incredibly valuable information provided that you use it in the context of the scope and objective of this test. I gather that this was going to be used to help one of the evaluators pick one of these three amps to purchase. Based on this, If I had been a third party facilitating this test for the three of you, my recommendations would have been the following:

ahofer said:
Can you point me to these amplifier decay measurements?
Click to expand...

PJ2000 said:
We recently got a few folks together to do as close to a 'blind test' as we could of the Purifi Eval1, McIntosh MA252 and the Benchmark AHB2. We had 3 reviewers and a 4th person who switched the gear.

Test Setup: Topping D90SE (balanced outputs) directly connected to each amplifier.
Streamer: Tidal Bluesound Node connected via optical SPDIF to Topping D90SE
Speaker: Magico S5 MKII
Randomization: For each song selection: Each amplifier was randomly assigned a number 1,2,3, A random amplifier order was used for playback.
Level Equalization: For each song/amplifier, a 1K sine wave was used to normalize the level to about 0.1 Db using a calibrated microphone, Focusrite 2i2 and REW before playback of each selection. The level was managed using the Topping D90SE in pre-amp mode and managed to about 90-95 db.
Process: 6 songs. Each song was played and the reviewers wrote comments and then rank ordered amplifiers. Between switches loud music was played to drown out any switching related noises that could indicate which amplifier was being connected.

Some of the selections used:
1. Africa -Toto
2. The Street only knew your name (extended version) - Van Morrison
3. What a wonderful world - Eva Cassidy
4. Beethoven: Triple Concerto in C Major, Allegro - Mutter/Ma/Barenboim
and a few others.

Results: 2 out of 3 reviewers had very similar results with the Purifi in 1st place and the Benchmark in last place in all or a majority of the time, while one reviewer had mixed results from which we couldn't determine a specific pattern.

I was one of the reviewers and I picked the exact same order 100% of the time of the Purifi in the top spot followed by the McIntosh and the Benchmark as a distant 3rd place. What I noticed that distinguished the best (Purifi) from the worst (Benchmark) in my case was the following: The Purifi had better clarity, detail and high end compared to the other two, especially the Benchmark and it was noticeable. It was especially easy to hear differences for me with complex stringed instruments like a strummed acoustic guitar or cello and cymbals and triangles.

This wasn't the result that we were anticipating going into the comparisons. Based on the ASR reviews all of us went into thinking that Benchmark would be far ahead of the other 2 amplifiers based on its measurements. One of the reasons for the bakeoff was that one of the reviewers was seriously considering buying the Benchmark but wanted to do a comparison before. He decided to pan the Benchmark and buy the Purifi instead.

I hate add fuel to this debate about whether amplifiers with great specs can sound different, as I went into this believing that it wasn't possible, but some of the differences we heard weren't subtle. I am really curious as to whether there is some psycho-acoustic reason for this or limitations in what and how we measure these systems to begin with. I actually bought the Purifi Eval 1 and an NAD 2200 which I upgraded based on the measurements from ASR with the assumption that I wouldn't be able to hear a difference and I was quite surprised by the fact that there were differences. One thing I did notice was that my ability to hear a difference was dependent on the speakers used. On a few run of the mill speakers, I really couldn't tell much of a difference as they themselves just don't have the detail resolution of the S5 or the Magnepan LRS.

I must add it was loads of fun and I would highly recommend comparing the Benchmark and Purifi since in theory there should be no real difference that you should be able to detect to see if you can.
Click to expand...

Welcome to the club, with this sentence, "One thing I did notice was that my ability to hear a difference was dependent on the speakers used", you have just become a subjectionist.

I guess I'll wade in here.

It seems like you would want 3 preamps and level adjust them once. Then simply switch the spdif cable. Or is that what you did? From the OP, it seemed like they re-adjusted the D90se for each switch, i assume based on the D90se display? I'm not sure how accurate that is.

Does playing loud music during the switch affect the outcome? (i.e. does a person's perception of the previous amp depend on the interlude music/volume?)

In post #41, the OP said they used high gain on the ABH2. I am not sure why this was necessary. Mid-gain is for 4V balanced input, which is what the Pre90 should be putting out.

PJ2000 said:
Yeah it would be nice to have had a 'switch' as that would have made the process faster allowing for more samples also. We will think about that for next time.
Click to expand...

But exactly with a 'switch' you build in a systematic error, which would have the greatest effect especially with the purifi with the very high DF.
Has this influence ever been measured by a tester, who have performed similar tests with a switch?

Based on my post #64, the amps will become more equal when using a speaker 'switch' with an assumed contact resistance of 0.05mOhm (2x0.025) and that is less desired in a comparison! Idealized calculation approach:

pogo said:
Based on my post #64, the amps will become more equal when using a speaker 'switch' with an assumed contact resistance of 0.05mOhm (2x0.025) and that is less desired in a comparison! Idealized calculation approach:

Still haven't bothered doing the back of the envelope calculation yet, apparently. Anyone with the integrity to do so will quickly find out how ludicrous your (as yet totally unsupported) sonic claims are.
“"If I have been able to see further, it is because I have been surrounded by midgets"
- Murray Gell-Man

Best coffee on the planet

SIY said:
how ludicrous your (as yet totally unsupported) sonic claims are.
Click to expand...

Here is an interesting video in german from a sound engineer, who explains which technical data are actually relevant and audible nowadays:
Link

You can also add a subtitle in your native language.

pogo said:
Here is an interesting video in german from a sound engineer, who explains which technical data are actually relevant and audible nowadays:
Link

You can also add a subtitle in your native language.
Click to expand...

Better than you can do a simple back of the envelope plausibility calculation, apparently.
“"If I have been able to see further, it is because I have been surrounded by midgets"
- Murray Gell-Man

Best coffee on the planet
M