psydave said:
This is the first example where I've seen an upgraded opamp improve performance significantly. 7dB increase in SINAD for a few dollars (according to Mouser) seems like a no brainer, even with the low price of $116.
Click to expand...
Do we know the type/model of the original opamp?

I liked the format of the review, with tweak and teardown all in the same post. Thanks!
Last edited: Feb 6, 2021
Amplifier SINAD list

abdo123 said:
I’m not sure how accurately a knob can match the gain between the 3 amps.
Click to expand...
Use a voltmeter to calibrate the gain, then take measures to prevent knob movement, e.g. Super Glue if nothing else is available at your disposal. Not familiar with the DSP there, but you could calibrate effective gain there digitally with the volume pot maxed out.
R

abdo123 said:
I’m not sure how accurately a knob can match the gain between the 3 amps.
Click to expand...
This is not a knob, it's a rotary encoder. Volume is controlled by the STM32 micro controller. 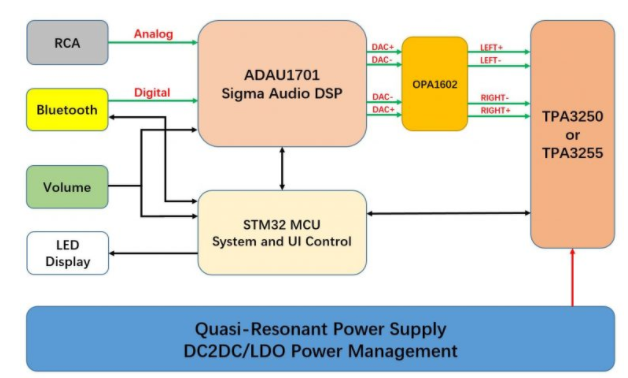 It is fascinating that the op amp improved performance so much.
S

Thanks for an awesome review Amir.

Quite robust discussion of this line of products in there.

1. Changing op-amp reduces noise - this seems to be a design flaw in the initially released product which was missing some capacitors in the op-amp circuit. This is outlined here. @3eaudio mentioned that with the capacitor fix, noise can be reduced to 200-300uV. Only replacing op-amp (what Amir did) reduces it to 500-600uV. This matches quite well with Amir's measurement of 490uV. So its expected that doing the capacitor modification will net another 6dB (?) improvement in noise performance. 3e audio has confirmed that 2021 versions of the amp will have the capacitor fix implemented.

3. There have been reports of capacitors installed in wrong polarity. 3e audio has acknowledged and (hopefully) fixed.

4. Input sensitivity is 1V. This means amp will clip when signal is above this level. Most DAC's with fixed output voltages will not work as such since their output is typically 2V. Well I guess they will work but may sound horrible if you digital source volume is turned up (as it should be). 3e audio has DIY fix to change sensitivity to 2V - outlined here.

Overall seems a good product for folks not afraid to open up electronics and muck around a bit. If you are new to DIY electronics though, I would advice an abundance of caution for reasons Amir has already outlined - this device is direct mains powered and that will mean voltages approaching 200V inside. I personally wouldn't leave it powered on unattended for long periods of time until after I've had it and used it a while.
Last edited: Feb 5, 2021
K

I honestly wonder what that fan can do, seeing that there's nowhere for the air to... Exhaust.

I'm also a bit confused by Amir's pass here, is it because of the op-amp upgrade alone? Or is it's general performance unsatisfactory for the price?

I can't seem to find anything that can perform like this within the ~$120 price bracket...
W

Fan is configured as exhaust... maybe intake from the non air-tight seal of the chassis... 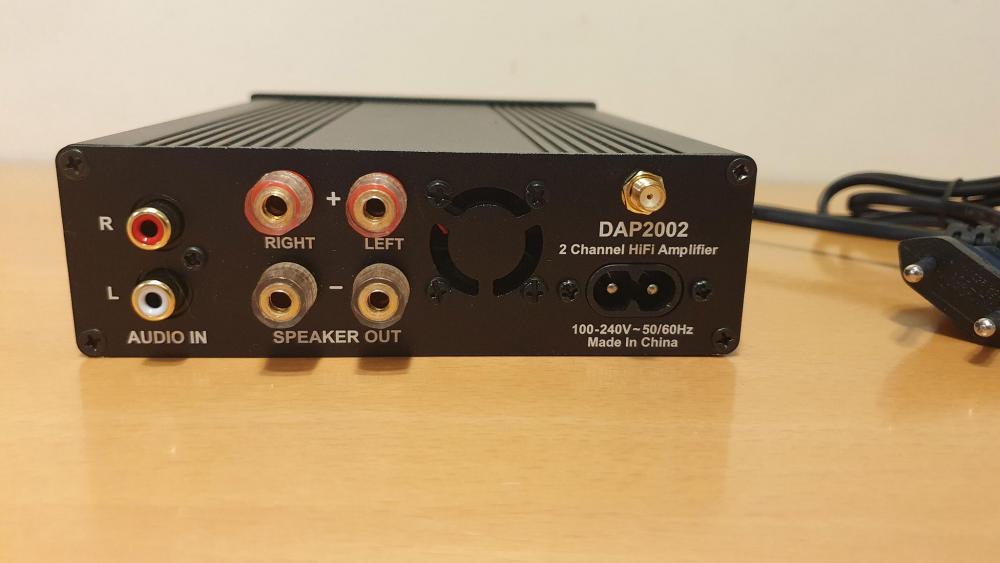 Last edited: Feb 6, 2021
The hypocrisy in telling others "Just be yourself" is that nobody would say that to Hitler
W

Helicopter said:
It is fascinating that the op amp improved performance so much.
Click to expand...
Coincidentally the noise voltage density of LM4562 (2.7nV/√Hz) is also around half of NE5532 (5nV/√Hz)

Which means the noise may be opamp limited. Which is strange. 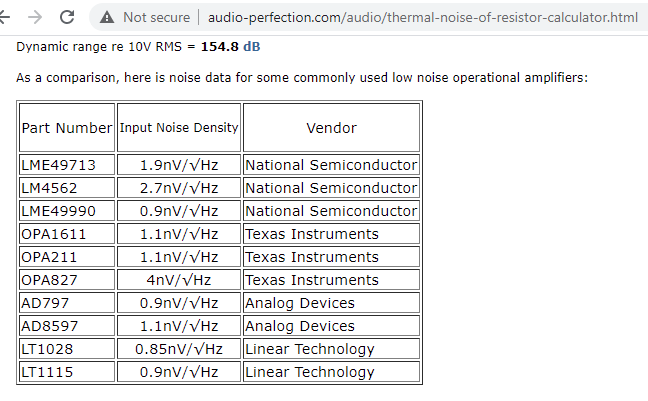 Last edited: Feb 6, 2021
The hypocrisy in telling others "Just be yourself" is that nobody would say that to Hitler
S

Man all their products are gone from their aliexpress store. I wonder if this company is still around...
OP

spacevector said:
Man all their products are gone from their aliexpress store. I wonder if this company is still around...
Click to expand...
I recently got a message from them on some new products so hopefully they have not closed doors.
Amir
Founder, Audio Science Review
Founder, Madrona Digital
Contributing Editor, Widescreen Review Magazine
Click for My Technical Background
My YouTube Channel

If you contact @3eaudio via their website you usually get a pretty quick response. Inventory usually comes and goes, but I don't expect they have closed their doors.

The amplifier measured did not contain the capacitor revision that was implemented to reduce the noise issue. @spacevector's post links to the details. #28

I've got two versions of this amplifier, one shipped in December with the capacitor fix and one from before without it. I ordered the capacitors recommended by 3eaudio and will update my amp. I actually have the SY-DAP1002 version of the amp which is lower powered but supposedly performs slightly better. If @amirm is interested, I can get it to him. I modified both of mine to take 2V instead of 1V.
M

Pretty decent performance with the upgraded opamps (or even without) for this class of amp, especially considering the built-in power supply and digital volume control. It's nice to see the manufacturer being involved in the community, acknowledging problems, and talking about a little DIY.

respice finem said:
Sorry for the probably "borderline offtopic" remark, but it seems to me that many modern amps, including this one, might measure better (and not need a fan) if they were designed less "dense". The more compact the form factor, the higher the risk of interferences etc. Small is beautiful, but packed may bee too small... or am I thinking too "oldschool"?
Click to expand...
For this specific unit the density is OK. Not much heat generated here and there really isn't that much density compared to some of the stuff I've seen.
K

MatthewS said:
I modified both of mine to take 2V instead of 1V.
Click to expand...
Can I ask how you did this?

Believe they have shut down for the Chinese Lunar New Year next coming Friday as it may be too late to ship out any more items come the weekend.
Many busineses in China close for a good 2 whole weeks during this period. Culturally, its their singular most important annual event.

spacevector said:
Man all their products are gone from their aliexpress store. I wonder if this company is still around...[/QUOTE
Click to expand...
S