After recently purchasing a New (Very Old) Stock Audio Research amp from a store and noting how I subjectively liked it in comparison with my existing amp (March Audio P502 Hypex), I thought I would take some comparative measurements at the listening position to look for any differences. Subjectively, punchier bass and sweeter treble.

My system setup is as per the below figure.

For measurement, a PC uses the MiniDSP USB input in place of the streamer, and a Focusrite Scarlett 2i2 interface with a Sonarworks calibrated mic at the listening position.

The listening position is about 4m from each speaker. I estimated power levels to be around 1-2W out of each amp, levels roughly matched only.

For these tests, DIRAC was left on between each amp, then differences looked for. Ignore SPL figures, they were un-calibrated. 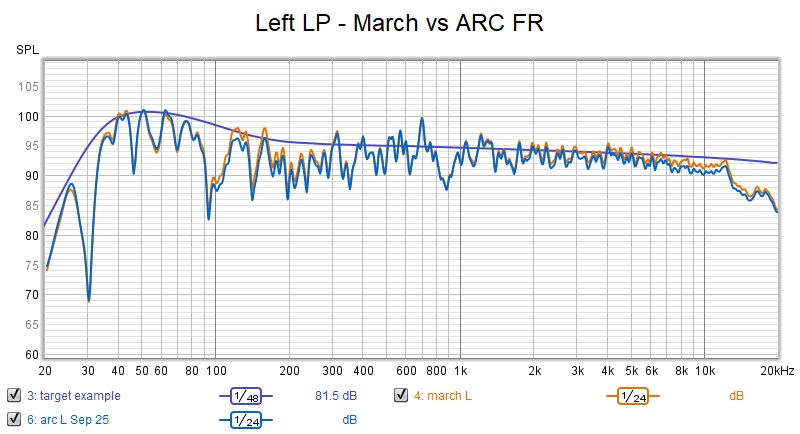 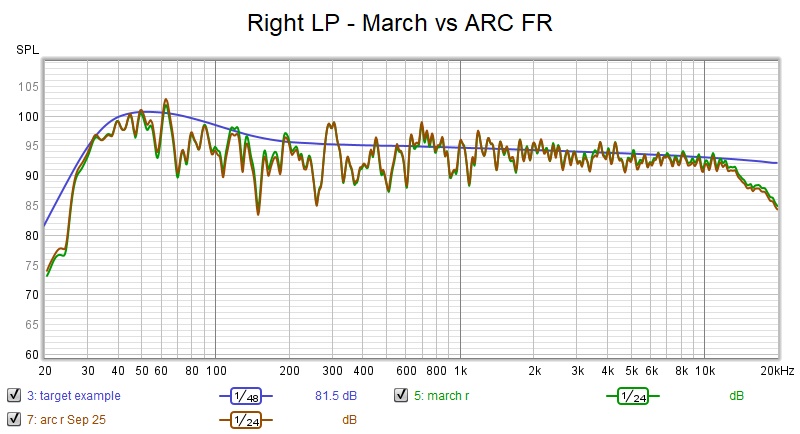 In both, you can see the high output impedance of the ARC and the speakers impedance causes a softening in the upper treble and upper bass. Likely the main cause of the possibly perceived difference. Does a depressed upper bass cw low = punchier? I don't know.

At the modest levels, which are my typical listening levels, there is a tad more distortion with the ARC in the bass, but none in the treble. Note the lower treble hump in the right is due to differences between my two speakers.

AFTER DIRAC FOR THE ARC (old DIRAC for March, new DIRAC for ARC) 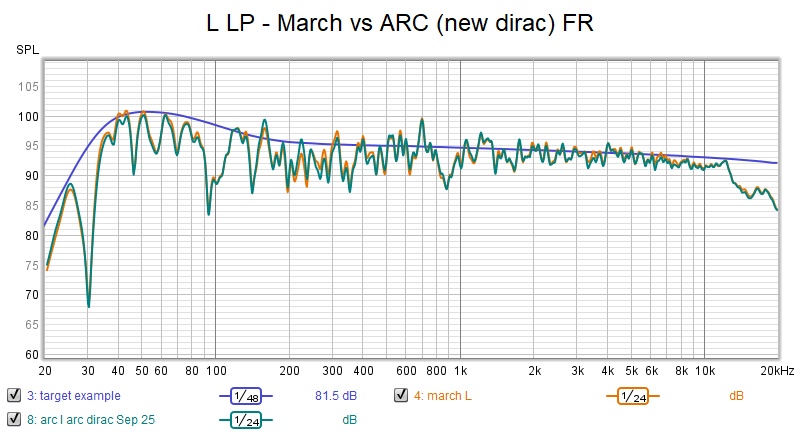 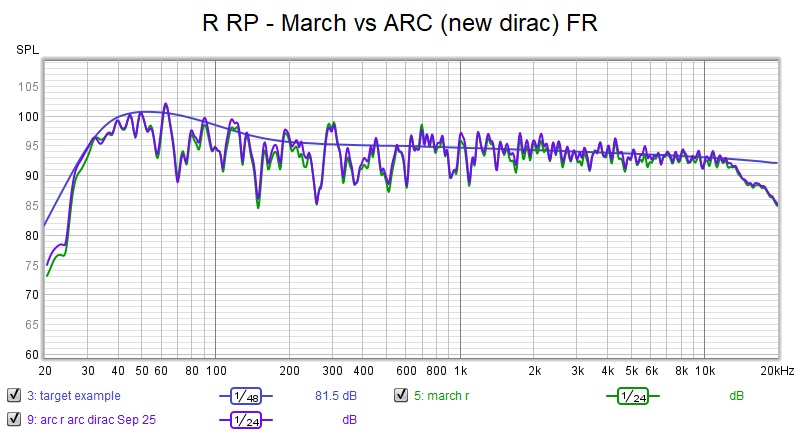 After re-running DIRAC with the ARC in place, with simlar but not identical targets, the FR difference largely go away, as expected. Subjectively, perhaps with biases, the sound between them is closer too.

OTHER
I didn't note any significant differences in the time domain. For information a typical DIRAC-corrected step response for the Lintons is below. 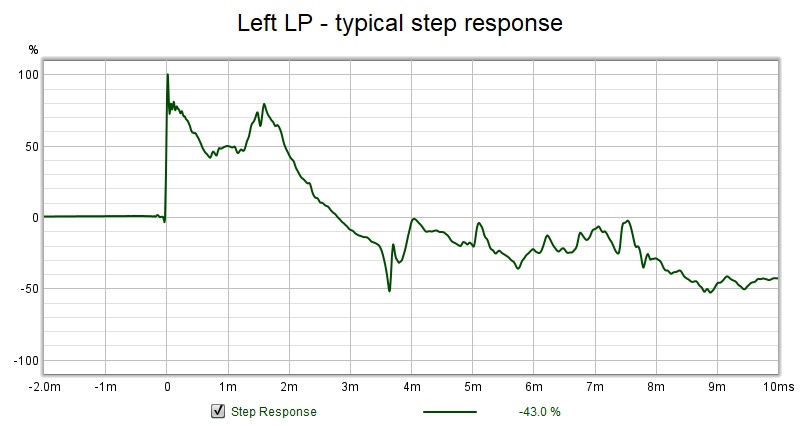 Wow. I’m a bit surprised. I’m certainly not an expert but it all looks very comparable between the two. I notice when I push my tube amp hard vs. SS I hear the latter being cleaner. I’d be curious if you see that if you dial it up a bit.

Very nice ARC amplifier you have there too.
Stealing AdamG247's legendary quote: "I think we can almost all agree that this thread is Dead. Living on life support, and I’m pulling the plug."
OP

DMill said:
Wow. I’m a bit surprised. I’m certainly not an expert but it all looks very comparable between the two. I notice when I push my tube amp hard vs. SS I hear the latter being cleaner. I’d be curious if you see that if you dial it up a bit.
Click to expand...

dougi said:
Yes, I'm sure the distortion on the ARC may be more in the treble if tested at higher SPLs. I may do that at some point, with better level matching. This time, it was to see any differences at my normal listening levels.
Click to expand...

Please post if you do test. But all said, thank you, and congrats on a nice ARC find.
You must log in or register to reply here.

Sunday at 5:31 PM
Messing with Electronics
M
T
An EQ Experiment in my listening room
2

A
Advice on sub-woofer vs upgrade of Powernode amp