Testing the Studio Monitors in my Control room.

So I’m new here at least a new member but, I’ve been reading the site for a while and really enjoy the posts.. It seems like this is the place to post this and if not please let me know.

I’m interested in doing some speaker (studio monitor) test on some of the monitors I’ve had over the years. I have a Studio and I’m confident that the room is in good shape, we had a studio designer draw up the plans and after the rooms were built I had an acoustician here in Nashville come in and measure everything. So, I thought I’d start by measuring the frequency response on my Mackie HR824 powered monitors and my 2 pair of Yamaha NS40 (the big brother to the NS10 where the 40’s have 2 7” woofers, a midrange (they call it a honker) and a tweeter… they are designed to sit horizontally. My main speaker right now is one of the Pr of the NS40’s I purchased in about 1995 and last week I bought a new Bryston 4 b3 to drive them.. My 2nd Pr of NS10s was purchased used and I did a little work on one of the crossover. My Mackie’s are probably early to mid 2000 My goal is to verify that each speaker and then each pair are performing to spec and from reading this site you folks have laid out a great routine using a measurement mic and REW.

I started by upgrading my REW to the latest release, my Mic is an EMM 6 with calibration file Not completely understanding the set up I ran a few basic sweeps and from what my first sweep looked like my first bump is at 17ms on the impulse scale. I am measuring about 3’ back on axis with the tweeter. The set up is using my windows 10 pc and my RME ADAT card connected to my Sony Digital Console, running the Mic on Channel 3 of the board and channel 16 as the playback. My system is extremely clean my NS40’s hooked up through the Bryston and the Mackie’s are fed direct on my program out analog using balanced cables.

My goal in the beginning is to test, measure and overlay the frequency response of the monitors.. Mackie with Mackie, the NS10 independently and then as Pairs. Once I can confirm all that is working then I”ll probably want to run some tests on the room… but it is what It is and from our testing after finished building it shows very good characteristics…. The Rooms and monitors sound great… The NS40’s like the NS10 has that sound everyone hates but the mixes sound great and the room to room translation is great.

Over the years I tend to go looking at new monitors, I have purchased several different studio monitors to try out but seem to keep coming back to what I have J obviously since I just purchased the new Bryston I am leaning to passive monitors. I’d say the majority of projects we do are Acoustic.. Starting in the 80’s with folk, the last 10 years or so have been pretty much Bluegrass with a nice mix of some country thrown in. Because of Covid we had not been doing full session up until last week when we had our first session in 2 ½ years… and it is a Bluegrass Project. 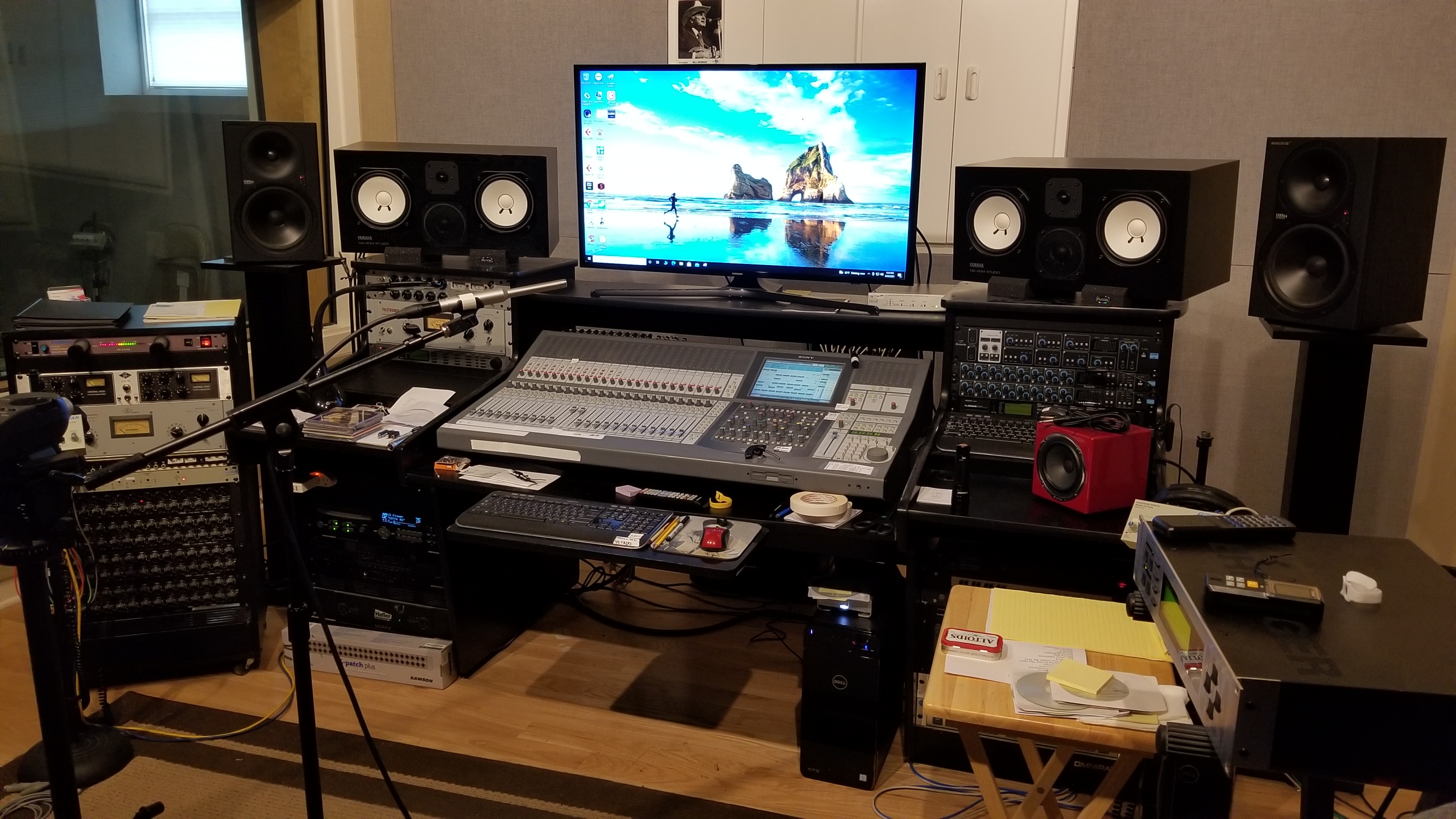 I know a lot of folks on here deal more with Home Theater in the discussions with a few posts on studio needs from time to time… My interest is Studio Monitors or what folks call reference monitors but saying that I believe there is a thin line in-between a HiFi and Studio when it comes to Monitors and the key is let your ears make the choice rather than a flat line on a piece of paper.. But saying that I want to see that flat line and how it translates to our studio. Were in the Nashville TN area and if there are other Studio guys in the area on like perhaps we can chat ….

This week I am going to follow the Step by Step Quasi-Anechoic set up and see what the numbers come back with and hope there isn’t that I have been missing all along J
You must log in or register to reply here.

D
Testing the Studio Monitors in my Control room.

C
Upgrade to my Dynaudio Contour 1.3SE's (desk use)