Adam Bernau said:
More like around 30 Hz, with compression algorithm cutting it volume dependently (see picture) And it is twin 4 inch long throw subwoofers in each. But anyway, very impressive for its size,
Click to expand...
Do you realize I created that picture? =]

You're right about the woofer size, I might've been thinking of the measured pistonic area but I can't recall exactly.

But, I did say '18 Hz at usable SPLs.' If we're talking about the anechoic -6dB point, it's fair to say it is 18Hz for the reactors up to some pretty reasonable listening levels. It's a technically impressive little speaker, as much as its software annoyed me.

Anyway, in that image. You can clearly see the pair of reactors can hit 18Hz at 85 dB in my (old) room at a distance of about 3m/10feet, and I manually tested its audibility as that was the claimed spec. That is already louder than I personally like to listen. While some of that is boundary gain, the speaker has a naturally elevated bass curve.

At the time I was a little less methodical about my measurements, so I don't know the exact volume I measured the woofer at relative to 1 meter. We can make some rough estimations as to max bass output though. Here is the raw woofer response after baffle step compensation. 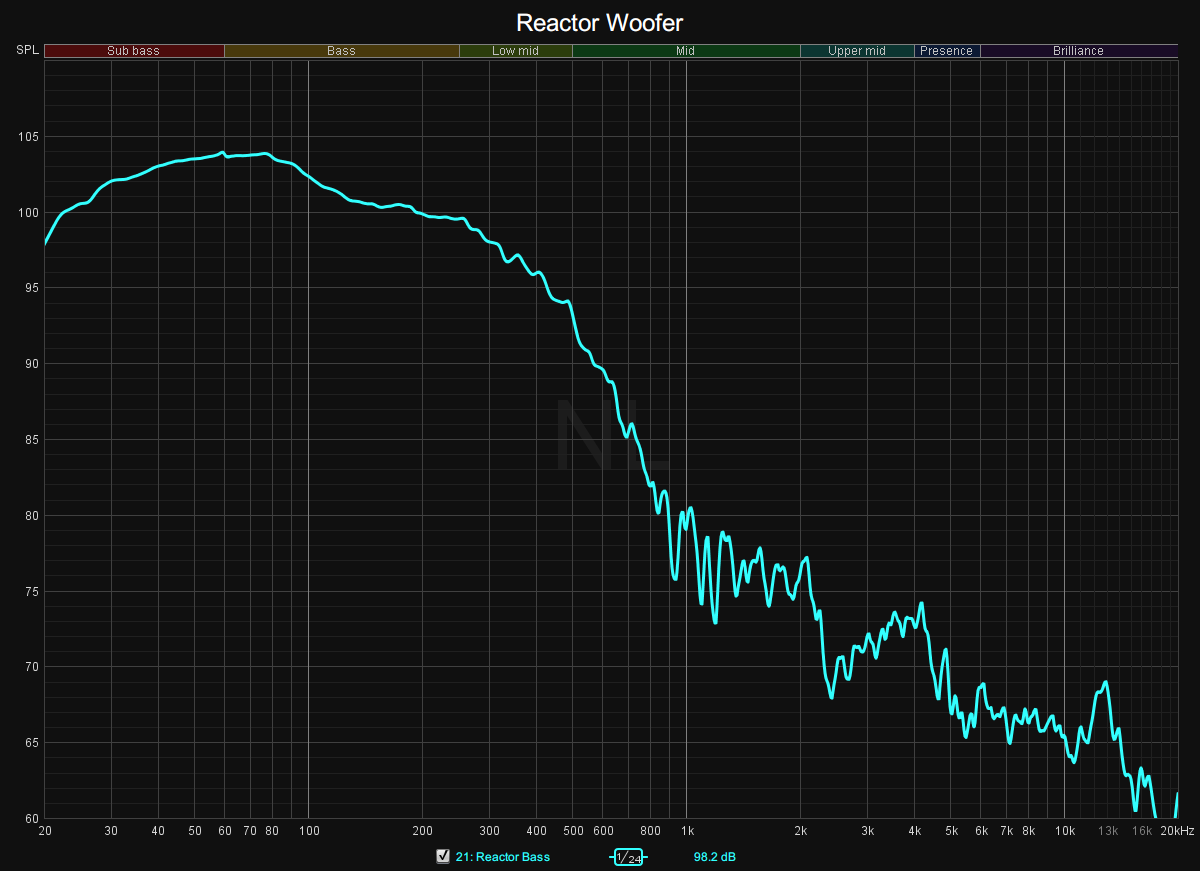 Leading to roughly this listening window: 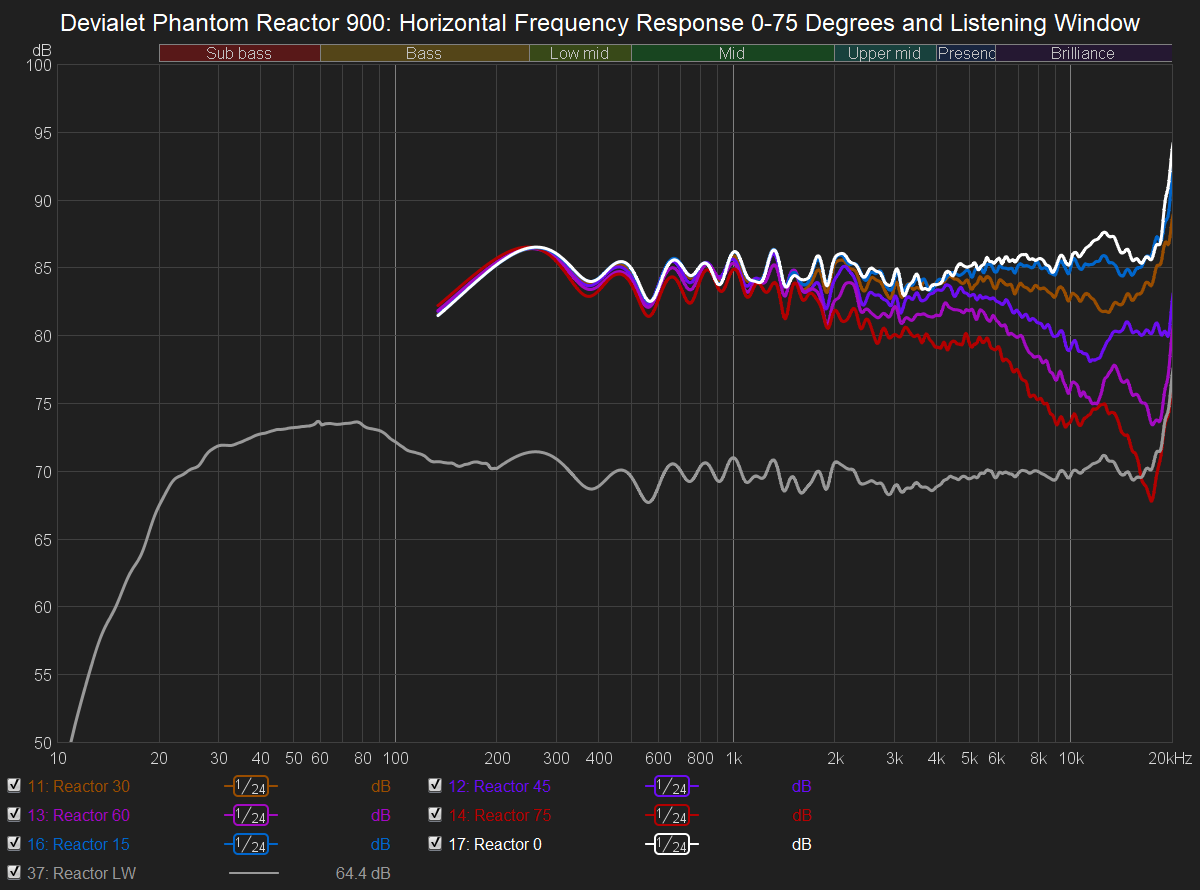 If we compare the in-room measurements of the Buchardt A500, measured at the same distance and positioning as the Reactors, we see the Reactor has similar maximum bass output, perhaps a little bit better, though the Reactor is getting a 3-6 dB boost from having stereo speakers firing compared to one for the Buchardt. 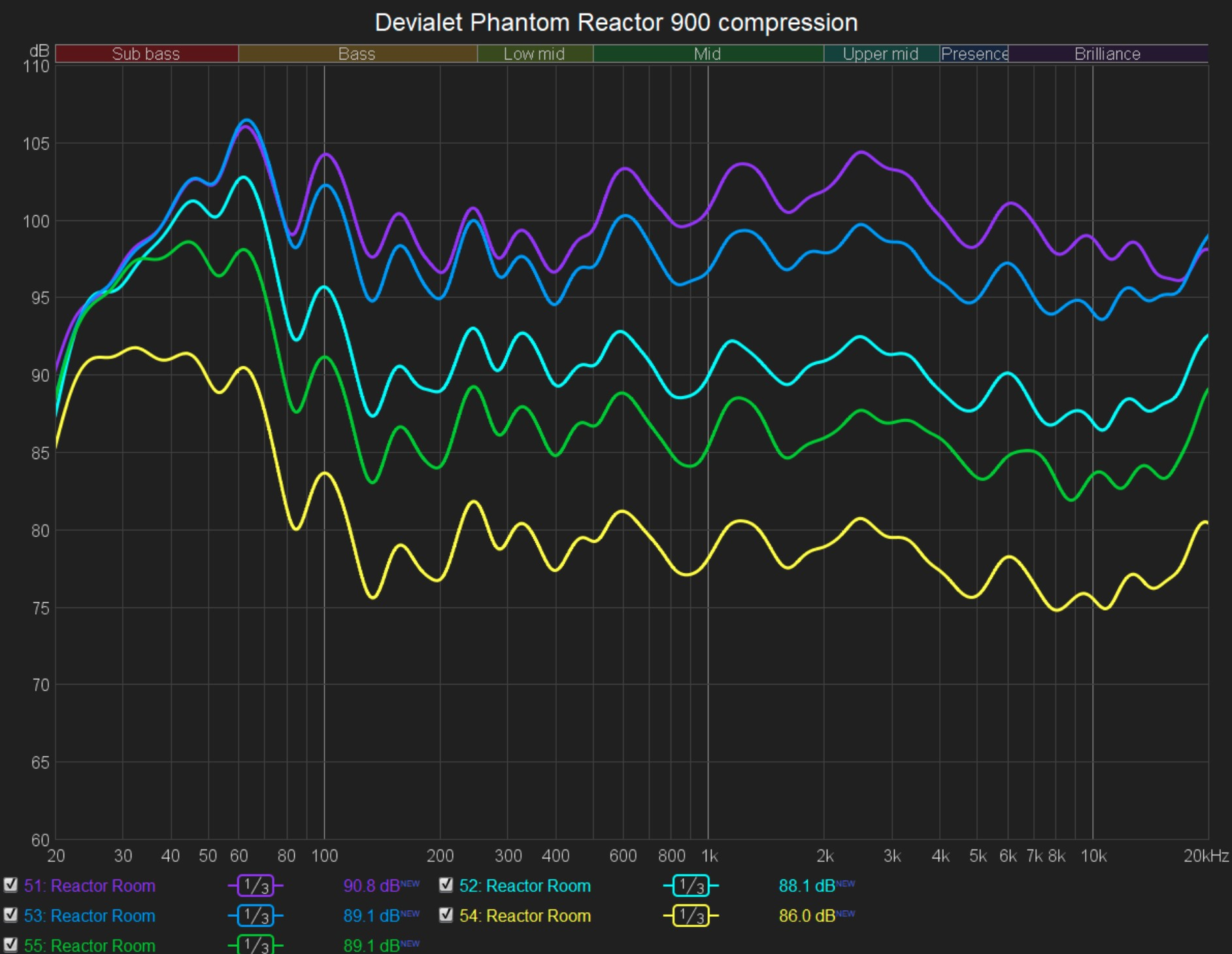 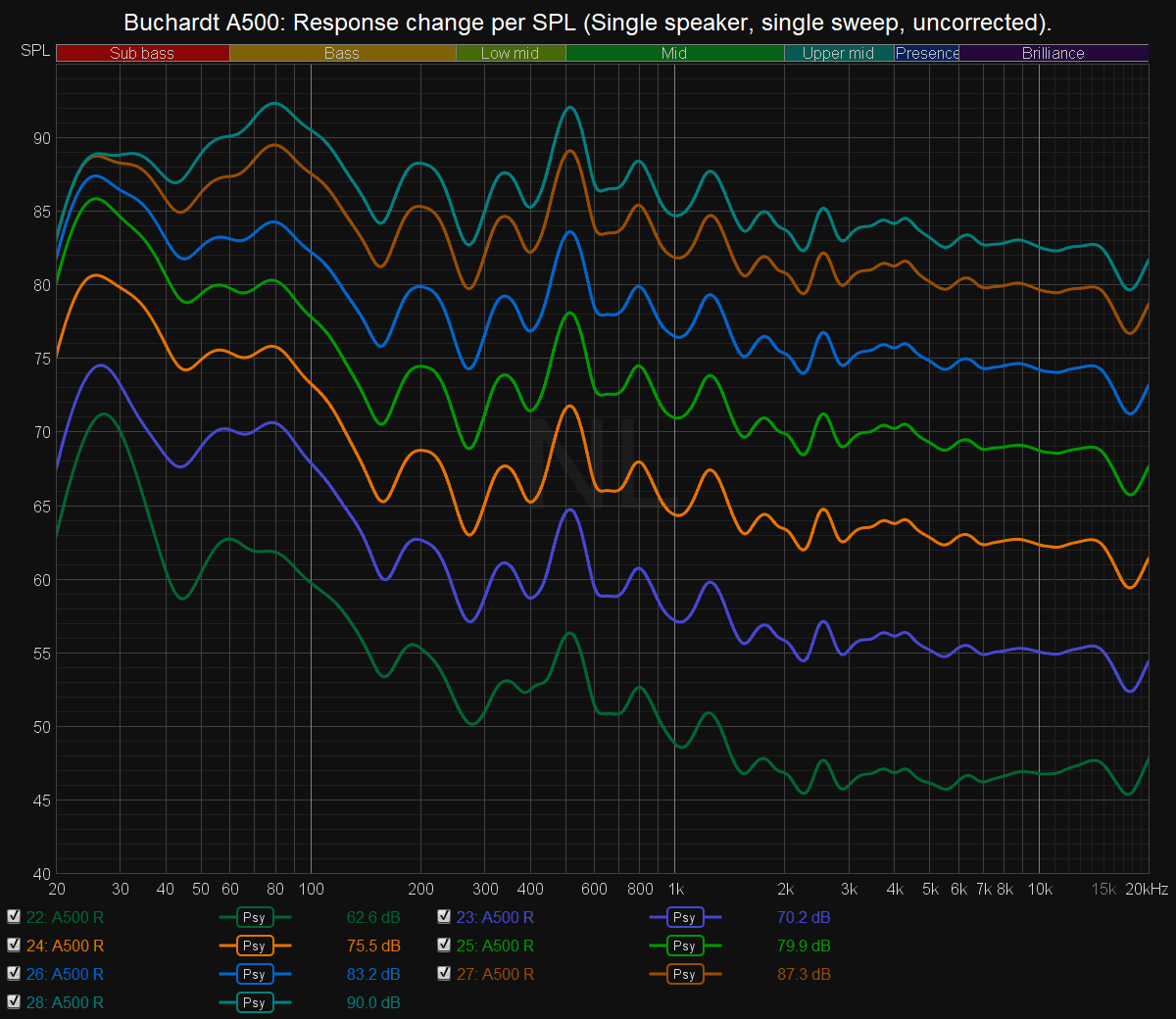 The devialet is an impressive little speaker indeed.
OP

Adam Bernau said:
They are actually using TEBM46C20N-4B from Tectonic Elements, so i would not expect any wonders..
https://www.parts-express.com/pedocs/specs/297-2157--tectonic-temb46c20n-4b-2-spec-sheet.pdf
Click to expand...
Yes, funnily a PA guy and I used recently 2x8 of them for a pair compact line arrays with 4 subwoofers. They sound good for their price (30€ here), but personally I wouldn't pay the called $$$$ for them.
You must log in or register to reply here.
Share: Facebook Google+ Reddit Pinterest Tumblr WhatsApp Email Link