Making use of some old cabinets (DIY build)

So my dad had some Klipsch KG 1.5s lying around. I hooked them up and had a listen. They were pretty bad. I took some gated on-axis measurements and they were... well as bad as I expected based on how they sounded. But this was a blessing in disguise for me. I love engineering and building DIY speakers, but I'm not too fond of woodworking. I now had before me a pair of perfectly good enclosures for my next build. They only part I'll have to build myself is the front baffle. 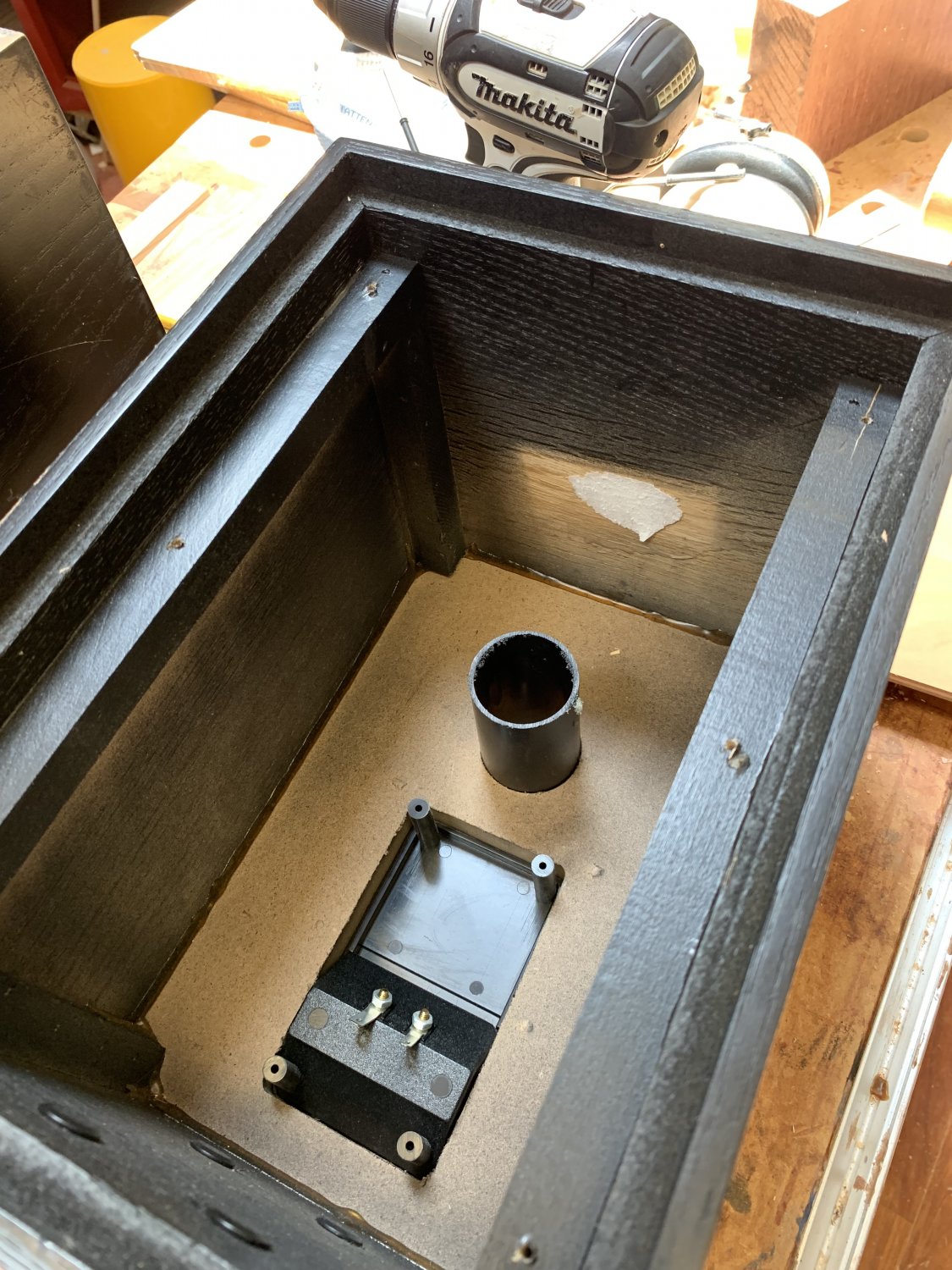 As you can see, there is a lip on the edge of the enclosure. I had to fill that in before gluing on a front baffle. The lip is 3/8". Luckily, I had some 3/8" plywood on hand, so I cut two pieces down to the size of the cutout. I screwed in the first one and sanded it down to get a flat, uniform surface for gluing. Then I went to do the same thing for the second enclosure, and the lip was 1/2"! I had to do a lot more sanding on that one...

After adding some wood filler, here are the results. 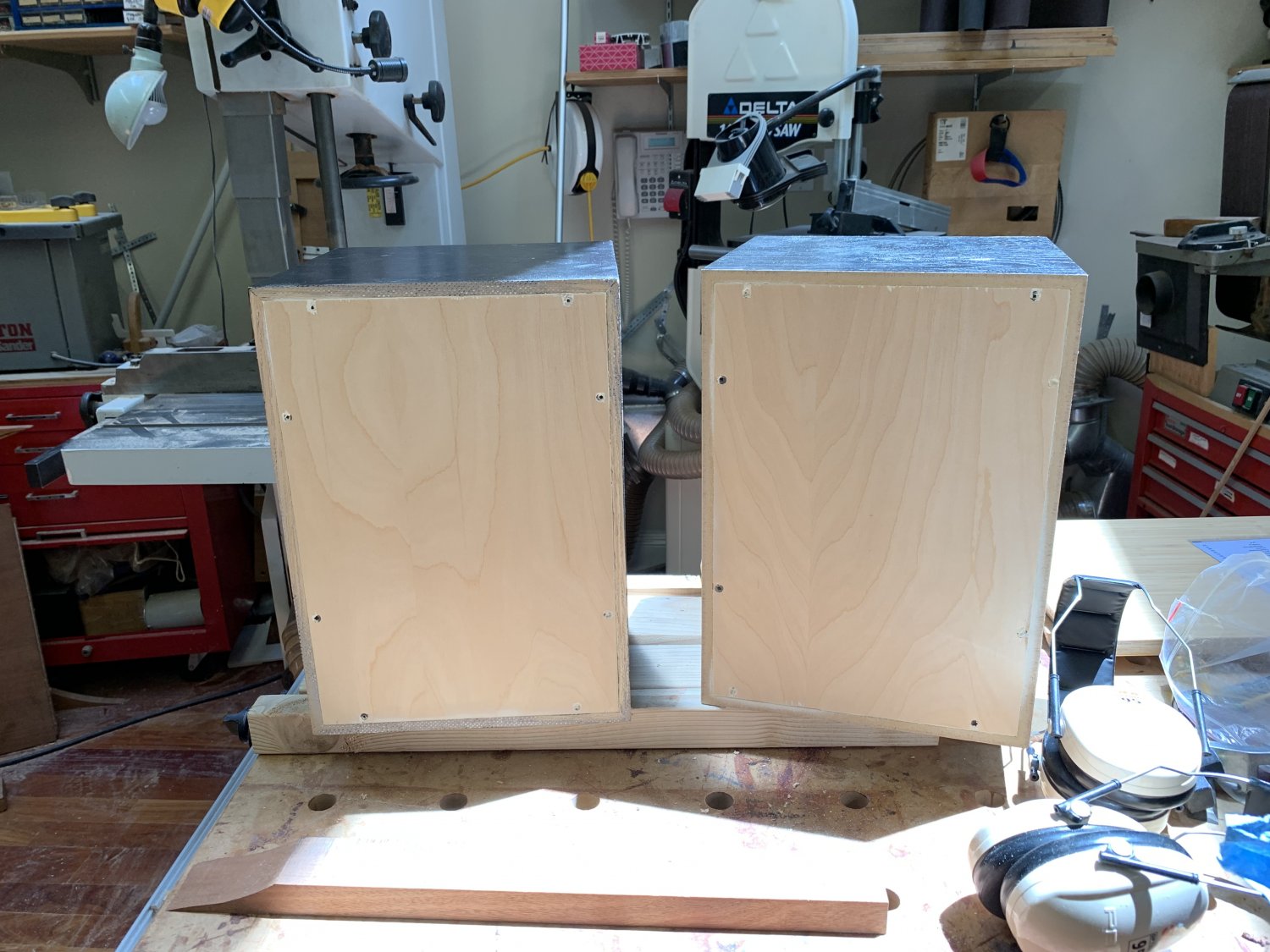 Then it was time for the front baffle. I took inspiration from forum user RHO and used Ikea APTITLIG cutting boards. I glued them on then used a table saw followed by a router to make them fit perfectly on the cabinets. 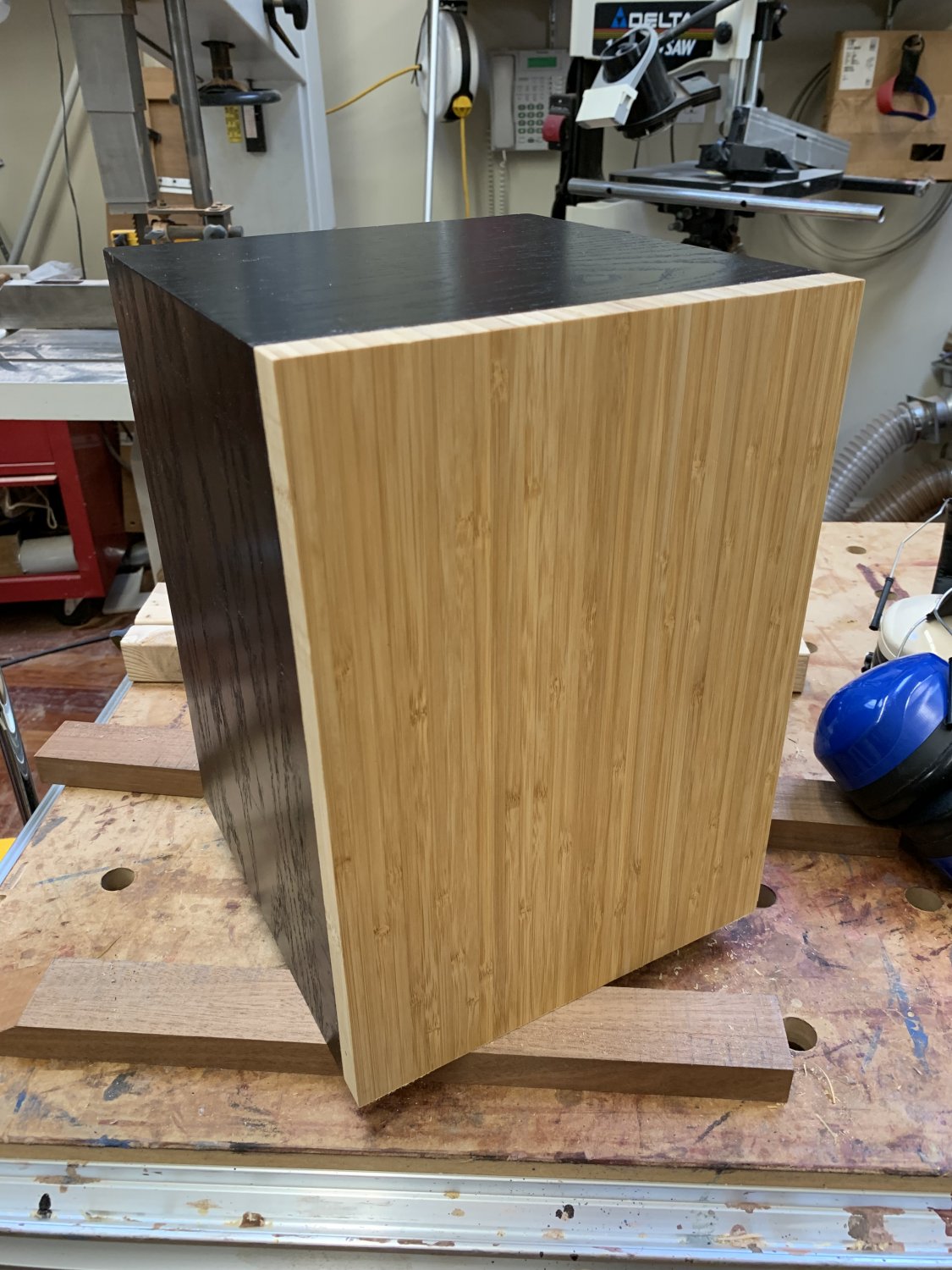 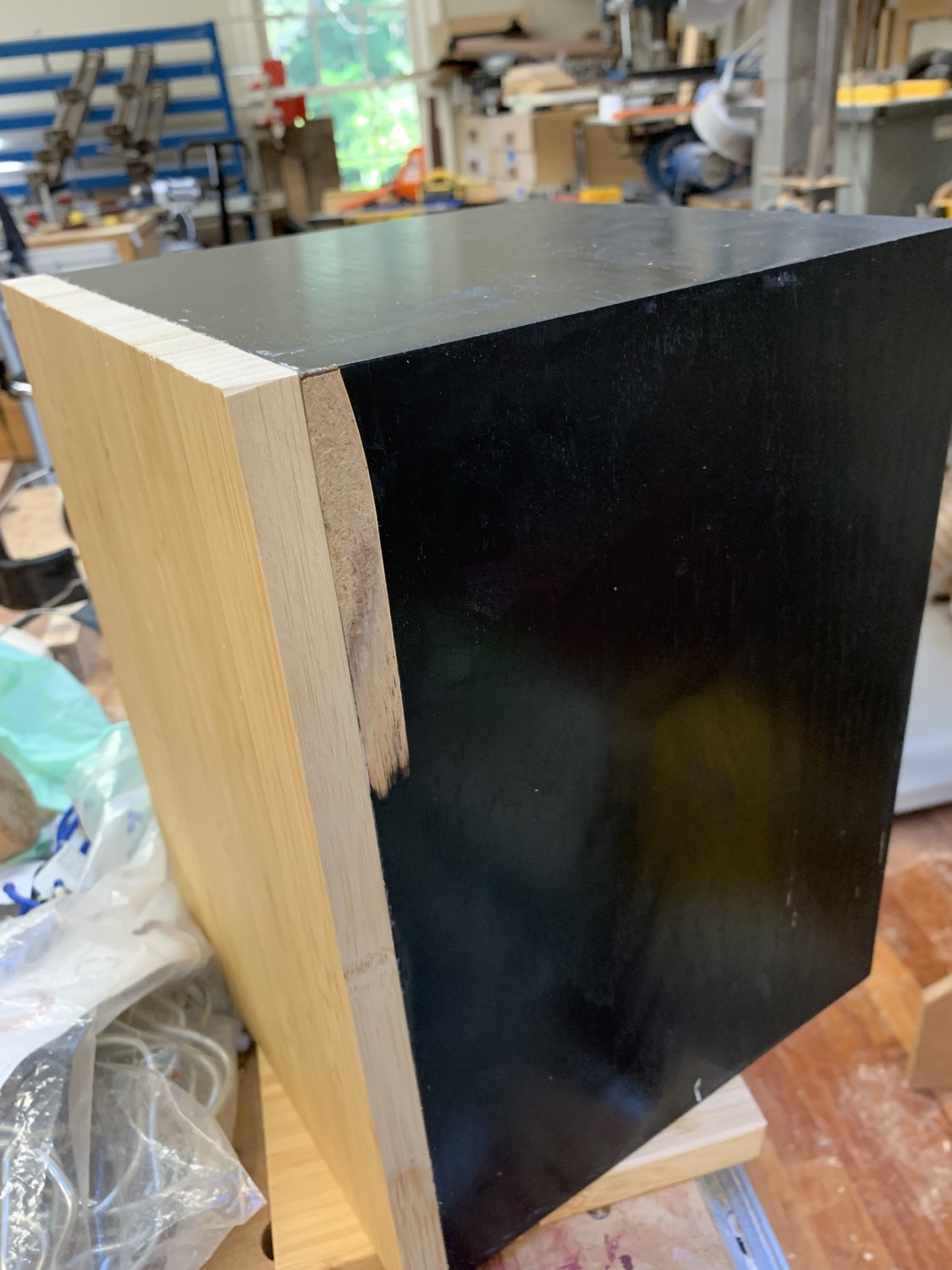 I was a bit over-aggressive on one of my cuts. I really should've used the table-saw BEFORE gluing them on. Oops.

Tomorrow I'll rout out the openings for the drivers. I'll be using the Dayton Audio RS150P-8A for the woofer and Dayton Audio ND25FW-4 for the tweeter. I chose the woofer because it modeled well with the box and port dimensions I had to work with (approx .41 cu ft or 11.5L, tuned to 55 Hz). I chose the tweeter because it has a waveguide that seems to be a good size to mate with this woofer, and it's cheap.
A

Perfectly good? They have no bracing besides those borderline useless strips along the seams. I would cut the baffles off again and fix that.

You can also do yourself a massive favour and replace the stock port. Just a basic flared version would be better, and if you wanted to have a really nice result, use a passive radiator + smaller binding post cup.

Your driver choices are solid. 2500Hz crossover should give decent directivity matching, although the tweeter should probably have at least a third order filter for power handling at that point.
E

Ikea Aptitlig. You saved my day!
In a Swedish small town resides:

I had a different, but still satisfying, sort of experience making use of old cabinets: in my case the cabinets were actually made by me.

I had begun on a DIY project 16 years earlier, but never completed it, on account of time and expense issues. However the cabinets were essentially completed and I decided to use them for a new project. One problem was that the drivers that I had intended to used those many years earlier, were no longer available. So I choose Dayton Reference drivers, 1.25" soft dome tweeter and 7" paper cone mid-bass. I used Harris Tech X-Over Pro and Bass Box Pro to design the crossover and determine the vent length.

The other problem was that on account of the original cabinet construction, it wasn't practical to simply replace the original front baffle in which I had already cut the openings for both drives. But I calculated that I would be possible to trim existing openings for the new drivers -- this turned out to be an exquisitely tedious chore. Nevertheless I completed the project with satisfaction in the end. Here's a pic ... 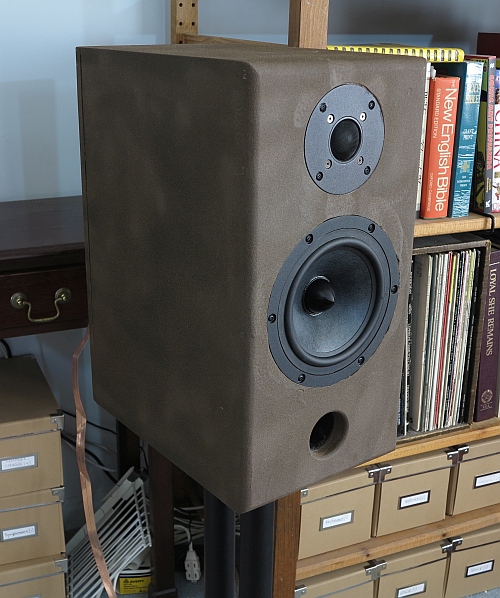 Building a low cost subwoofer for the home
2