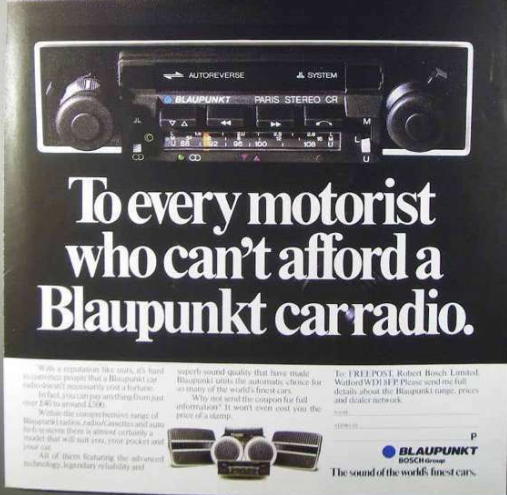 [You really messed up your life haven't you?]


In a world where everyone gets a medal?
And a prize just for showing up?
This is the amp no one wanted.
For the Amplifier no one asked for.

​
Video of a test done by Quality Mobile VIdeo.
______ Testing method is far above & great detailed info.
Much thanks to QMV for taking the time & effort to test this amp in 2020, when it was on Fry's store shelves way back in 2015 as only a few reatilers chose to carry the brand in house. (More on this latter)

The Amp arguably in the supreme budget class hitting right above Venereal brands like:
And Everyone Favorite off brand: 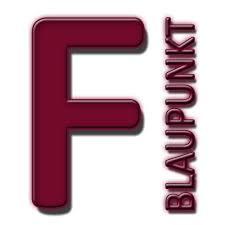 When a company makes a Turd so pooped together, they no longer want to remember said TurdLazer on their site? I think you get the general idea.


Is it a 4 channel? Yes.
Is it a MonoBlock? YES*,,, How Can It be Lounge? Not even sure.. It's a Trans Non Binary MonoBlock that sometimes identifies as a Emo Black German with its screws loose. 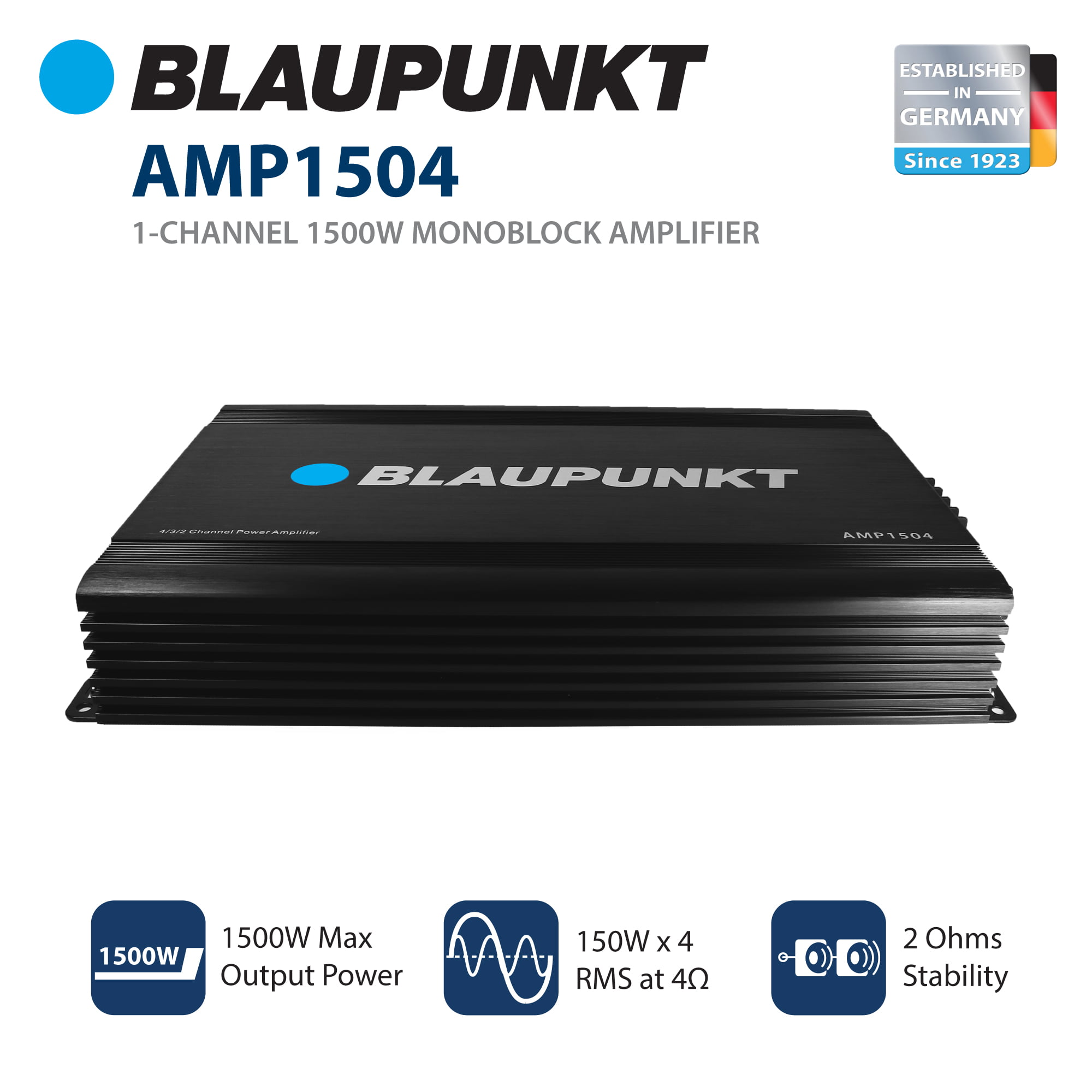 The Nachahmung 1504 Amplifier refuses to make CLEAN Sound. It literally fights with you at every turn of the Knob. Each correction of the Trim Potentiometer pots leads to another. * 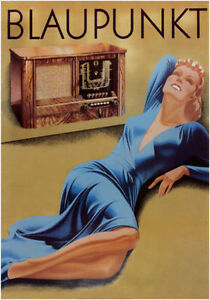 You are the radio.
__________The Amp is laying on the floor taking a break__________
​
Without any doubt in MY MIND...
______This is the ONLY amplifier I know off hand & out of the box, Kindly Requests you to not only fix it from the factory, but also install additional parts to it that make the $60.00 value proposition of the amplifier a false economy.
Most Magazine reviews would say to take "Careful Considerations" back in the day. Years later when you find out that Single moms are single for a reason, you understand what the paid reviewer was trying to get across without getting his Bratwurst in Hälften schneiden .
That's my take on it.

It reminds me allot of how When Harold Crick was looking at guitars, and then suddenly, this Amplifier started muttering Out Loud:

’ THIS one said something along the lines of, ‘Why yes, these pants ARE lycra.’ 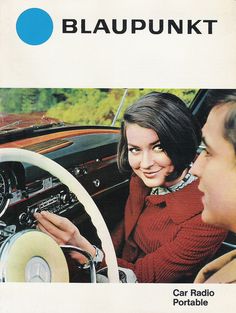 While the Amp is arguably Budget in every way. It does not look cheap. In fact its awfully nice looking when installed in my car. It also has a nice painted finish that has had no problem dealing with a few solvents like alcohol and hydrogen peroxide. The finish still looks nice being in the sun for the summer and does not show signs of fading. If you would like to get more looks on this amp, Derrick gave a good look at these amps in his video covering not only the looks and aesthetics but what he found.

-----The internals seem to have some potential. And rather look well put together. And could use SOME UPGRADES...But here is the thing. Best upgrade you could do is take parts out of the amp to make it sound better. Those Adjustment pots. Switches that just help induce noise into the signal chain. Etc. Etc.

the circuit from my Layman's understanding actually looks pretty well done. but as I learned with many things a clean layout rarely if ever is the best layout. or even refers to a good quality product for that matter.
if that was the case, Ikea furniture would be the only retailer in the world if clean designs were the Benchmark standard.

even the circuit board does actually look pretty nice with its layout. There is obvious problems of this amplifier including when it's actually producing music and I'll talk about that more later on. But they do seem to mirror the performance hot air claims to this amp.


As much as I hate to say this this amplifier if they actually decided to Market it properly under its actual ratings would be a really hot seller.
the problem is that the amplifier in itself actually has all these problems and issues where it doesn't need to have them at all.

for example having just a simple amplifier without the addition of the extra features or control pots would have saved quite a bit of money in labor , manufacturing , with improved Overall Bill sound quality of the unit.
Older amplifiers tended to have less options and therefore improved on what was actually important. 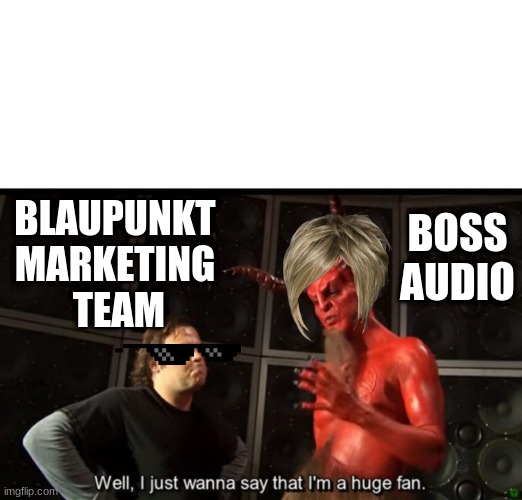 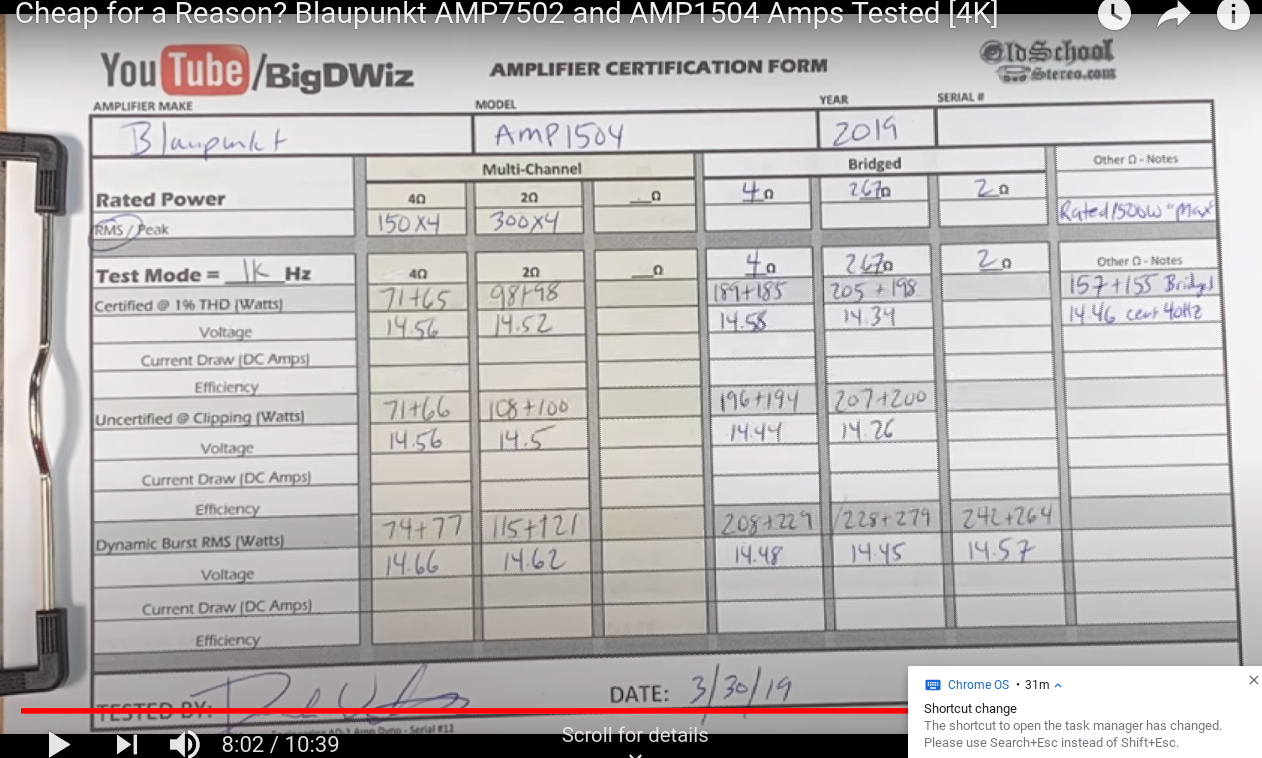 To say its less then subpar does not tell the full story. Power is not just what it really lies about. That second part is a doozy.

It's the little things in the amp that really set it off as being a horrible budget choice if used for anything above subwoofer duty* And thats a stretch.
In fact in runs best in bridged mode. And by best, I mean:

I suspect many people Mount this amplifier underneath the seat area and therefore close to the floor vents on the cars HVAC in order to keep the amplifier cool. That's exactly what I had to do. Eventually I got tired of running my fan in my car all the time and installed the dedicated big case fan onto the Amp. It looks ice cream cool, and Velveeta, all at the same time. 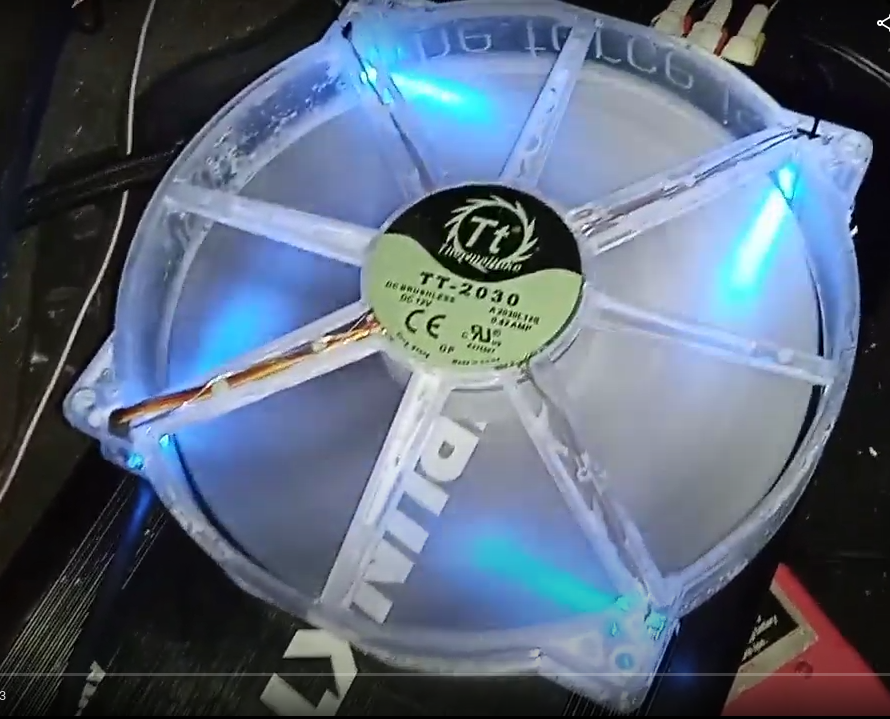 IT STILL GETS HOT*
You wouldn't actually want to touch it while in operation...but again at least it hasn't shut down. But still way too hot to comfortably keep your hand on one side of the heatsink during operation.
With this amp? "Normal" in BIG quotation marks use? A FAN IS MANDATORY.

When it comes to who made the call on this amp? I am almost certain that they took a good board design and slapped into the cheapest heatsink they can possibly imagine. They didn't actually bother optimizing it for either sound quality or operation.
by itself the amplifier really isn't actually technically from the standpoint of engineering a badly made amplifier. in regards to his protection circuitry and overall sound quality it is capable of on a good day, with the right conditions, and the right input impedance, (it really does seem like it's optimized for headphone Jacks and their output) granted it's actually mounted outside and it's cold,... with speaker at or above 6 ohms...it works flawlessly!

as you increase the speaker load to the preferred for or two won't load you will start to hear a slight kind of buzzing from the output. it's faint but it's definitely there. as long as there is no input actually installed to the amplifier, the amplifier is actually silent.
it's the same thing when there is actually no signal being put inside the amplifier it is completely silent.

but for some reason as soon as the amplifier starts to play signal, there is a small Distortion in the wave no matter what and I think it was also apparent in the video above where you can see that the sine wave isn't really a true sine wave it's like it's been clipped from one side.
what I'm trying to say is this is actually apparent even had low signal levels of just maybe under 2.5vac Output over test tones.

This amp has the uncanny ability to produce audibly distorted clipping sounds over my speakers when clipping is reached better than any other in history! There really isn't any question about when it reaches clipping because it is so apparent even a deaf man would be able to hear it. Even Ray Charles could probably see it on a meter.
And, with music with high dynamic range? After setting the levels and with common loads of speakers this amplifier becomes useless for normal higher volume higher Fidelity operation that is common in the car environment and especially as it's used case targeting the budget crowd of DIY Car audio enthusiast.


from the Lab measurements , it shows that the amp is flat in regards to frequency response from 20 to 20 kilohertz with a +/-3 dB throughout the its rated 4 Ohms.

with that said this amplifier actually does have a nice sound to it but it's more like what you would get if you're playing a record player and just get used to the distortions of the record itself. I jokingly say it's a lot like a tube amplifier.
a lot of problems.
a lot of character.
a lot of work.

Its Like Cold Sore.
You have it.
But you don't want it.
And often you wish you never got it.
But now you are stuck with it.
When its not causing trouble, your life is good.
But when it makes its presence known? Hard to ignore.
And it sucks. You kind of wish you could hide it. But there it is. 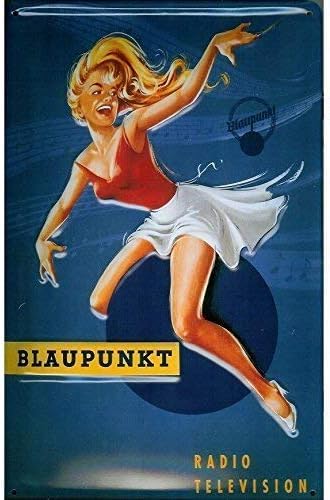 (all opinions are my own and do not reflect anyone and is just for the lulz. )
If you have herpes? Sory man. That sucks.
.
Never give up
You must log in or register to reply here.