How and why: Installing a 12V trigger in a cheap TPA3251 based amplifier from Audiophonics

Having bought the Audiophonics-branded TPA3251 amplifier for outboard amplification of additional channels, I was a bit disappointed that my usual scheme of using a power-saving extension-cord would result in very audible and worrying "pop" from the connected speakers on power-off.

Turns out, the front-switch on the amp isn't actually a power-switch but a standby-switch which controls a soft power-on/off circuit. If power is cut it stops working and the speakers pop.

So I had to find a way to turn it on and off similar to what the switch was doing, and a NC/NO relay with a 12V control voltage turned out to be the ticket. 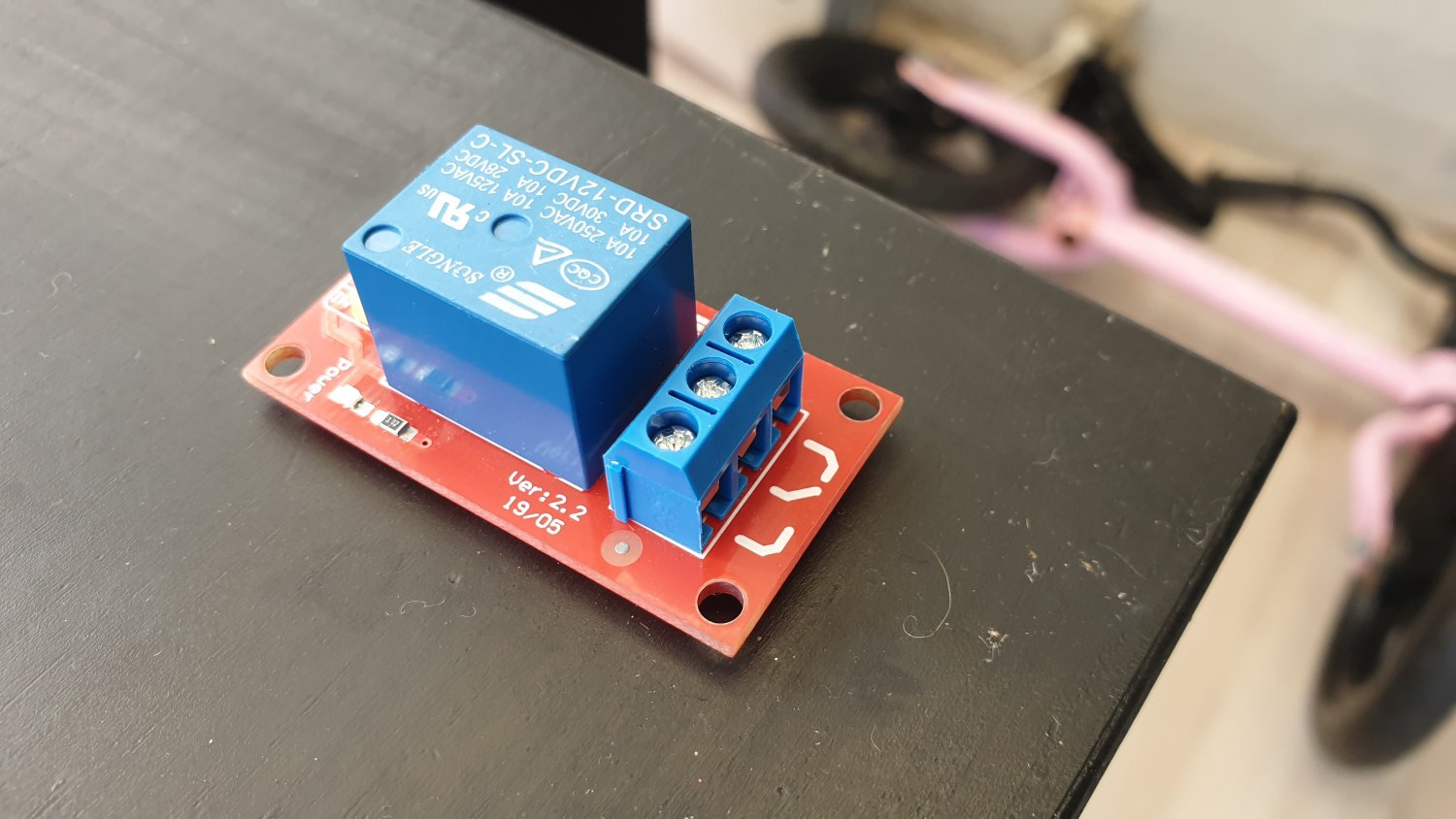 It sadly doesn't have an optocoupler for galvanic separation, but at least there's a diode for safety from loop back current from the coil.
A small jumper runs the 12V trigger voltage to power the transistor as well. 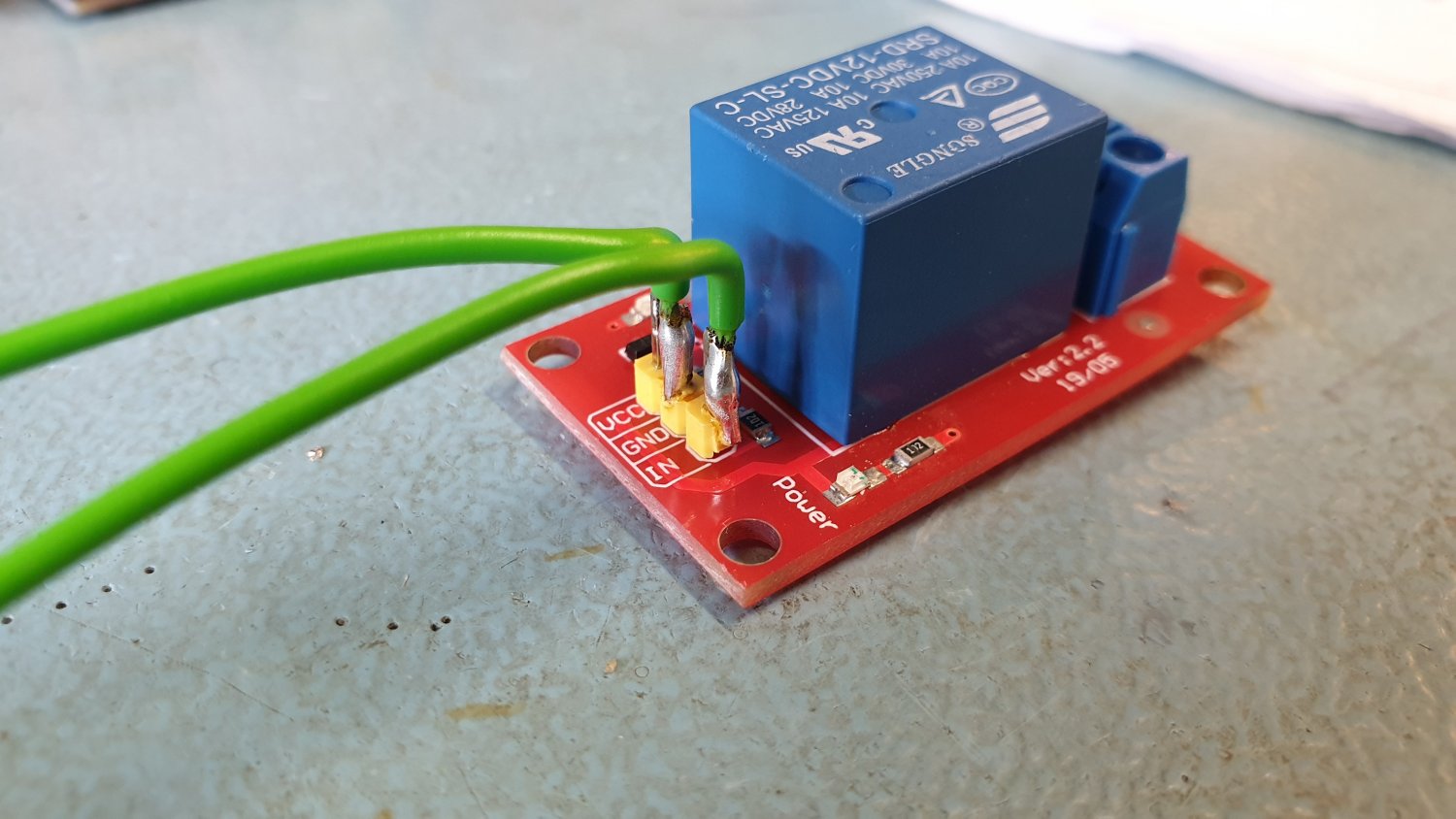 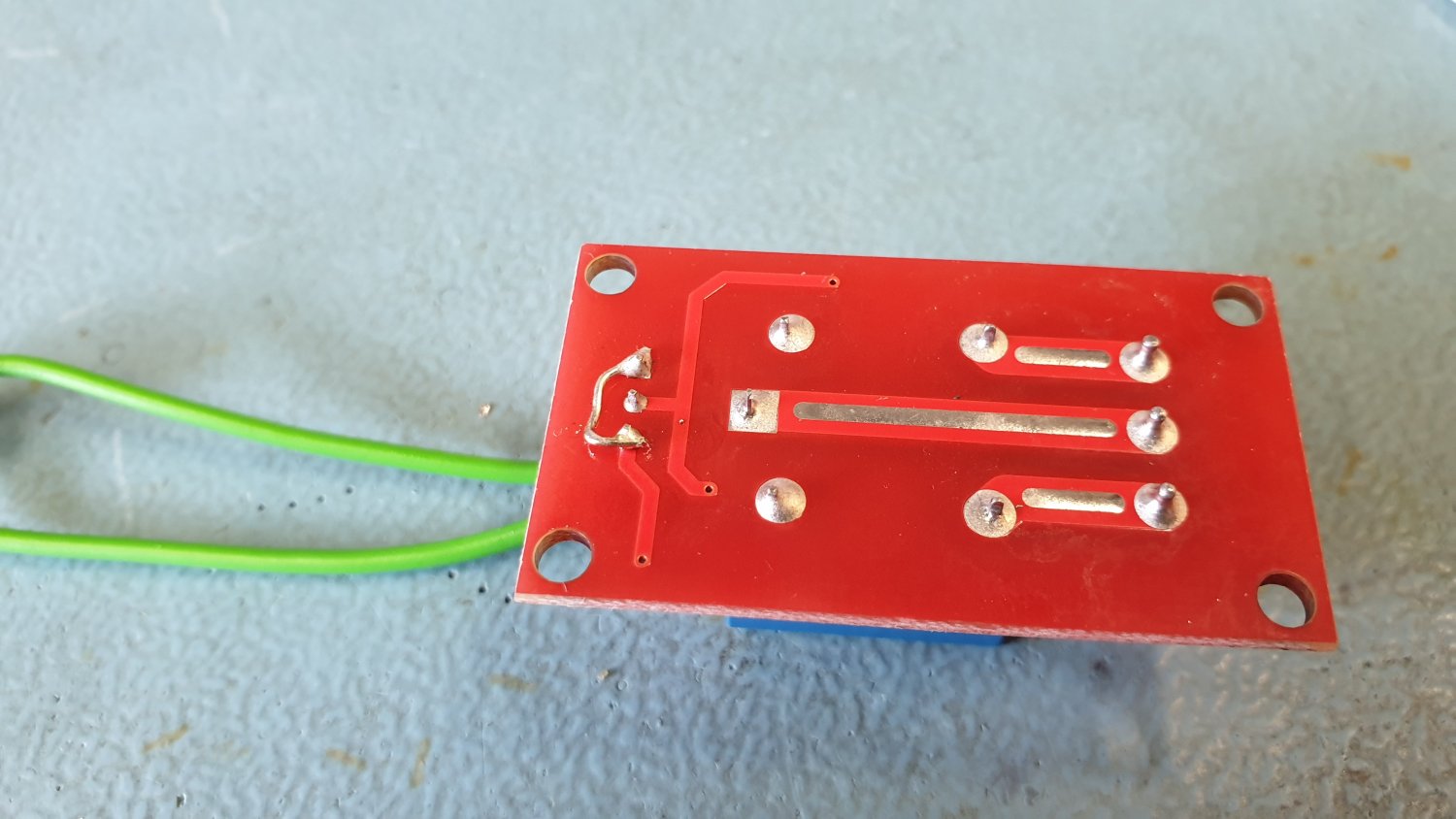 When the trigger-signal is not present, the NC output from the relay ensures that the switch on the front works as normal, routing the power back to the middle pin of the switch, allowing it to control the on/off function.
I had to desolder and shorten the middle pin and route the current from there to the relay. Apart from that and the hole bored for the minijack in, no modification to the original amp is needed. 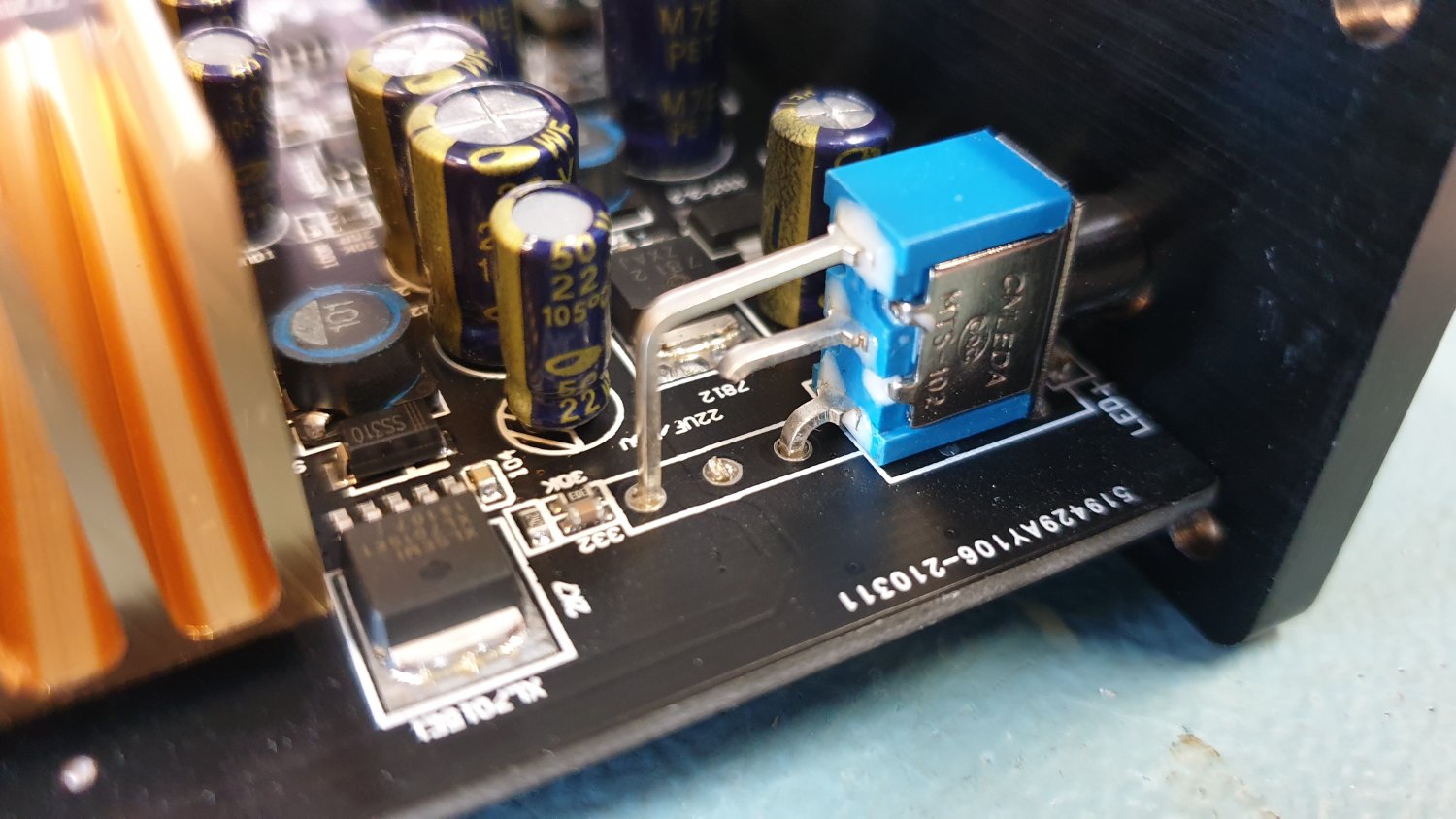 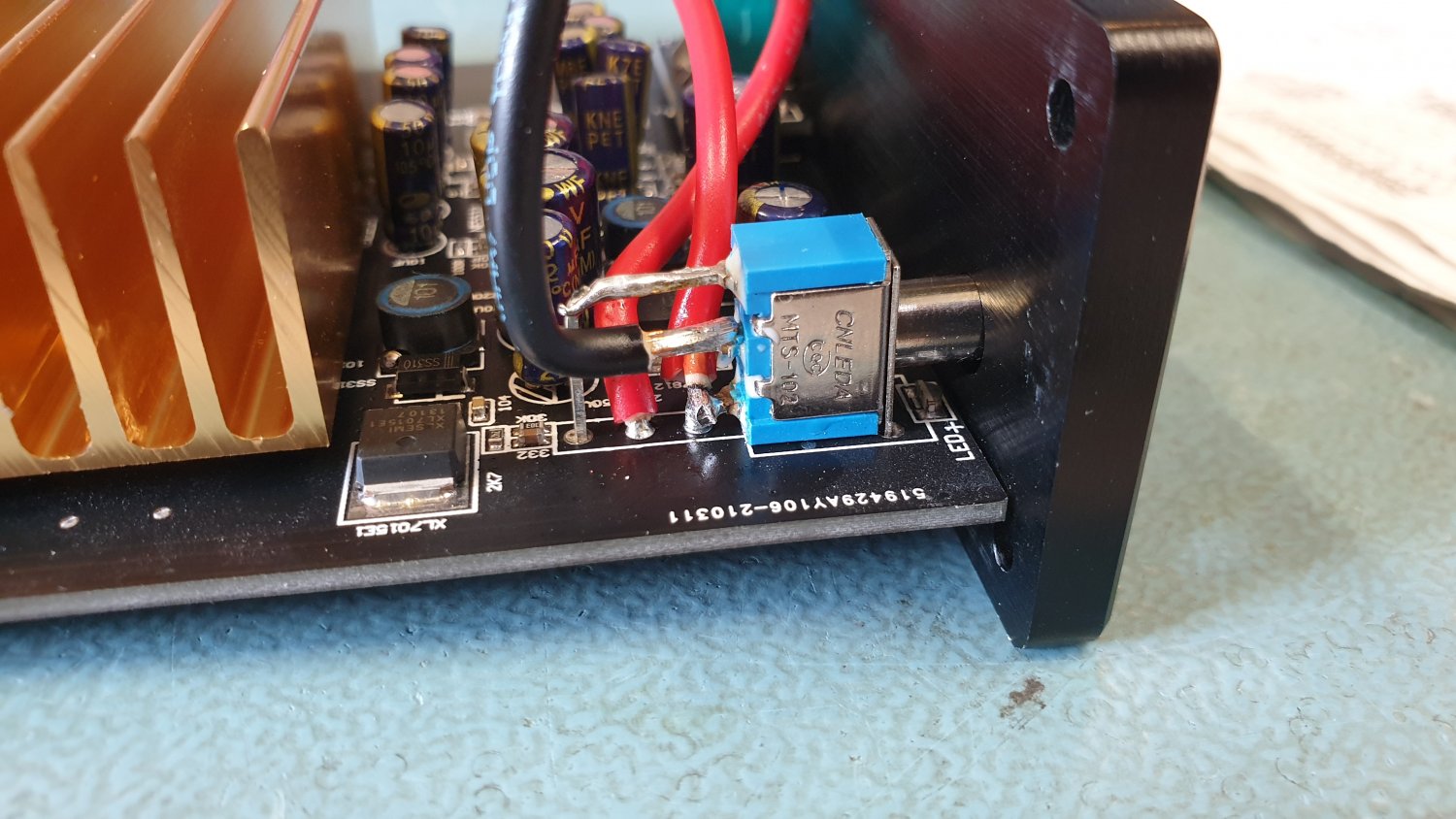 When the trigger-signal occurs, it switches the relay to its NO output, which runs to the power-on leg of the switch, turning on the amp while cutting power to the middle pin, rendering the switch at the front non-functional. 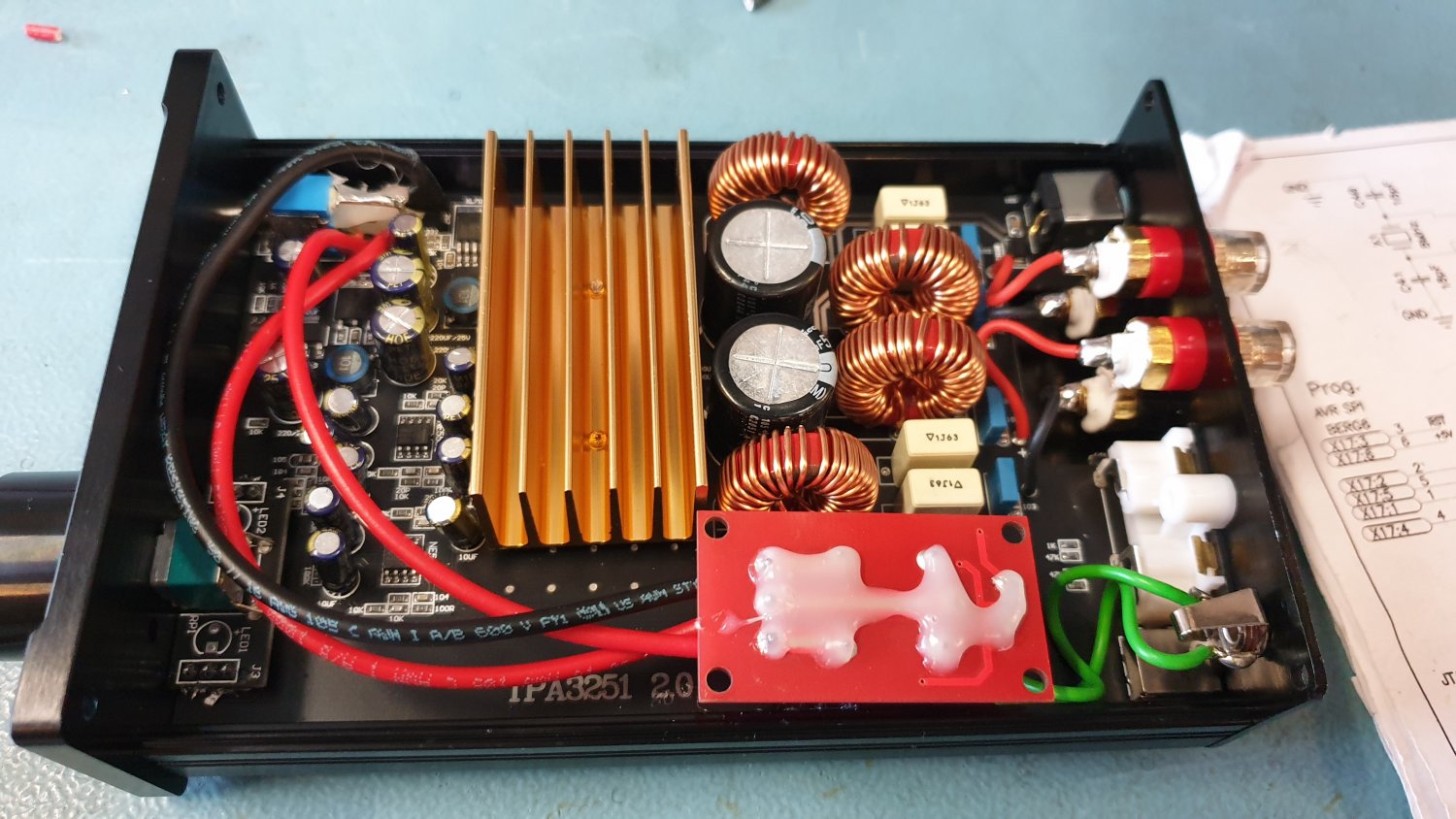 The most harrowing part was running the leads from the switch legs. Not an immediate problem, but I had to use rather heavy gauge wire to not have to worry about resistance, and soldering that is always annoying.

I turned the relay module upside down to avoid the PCBs interfering with each other.

Happy to say it worked perfectly the first time I tested it, and with a minijack in drilled on the back I think it turned out pretty discrete. 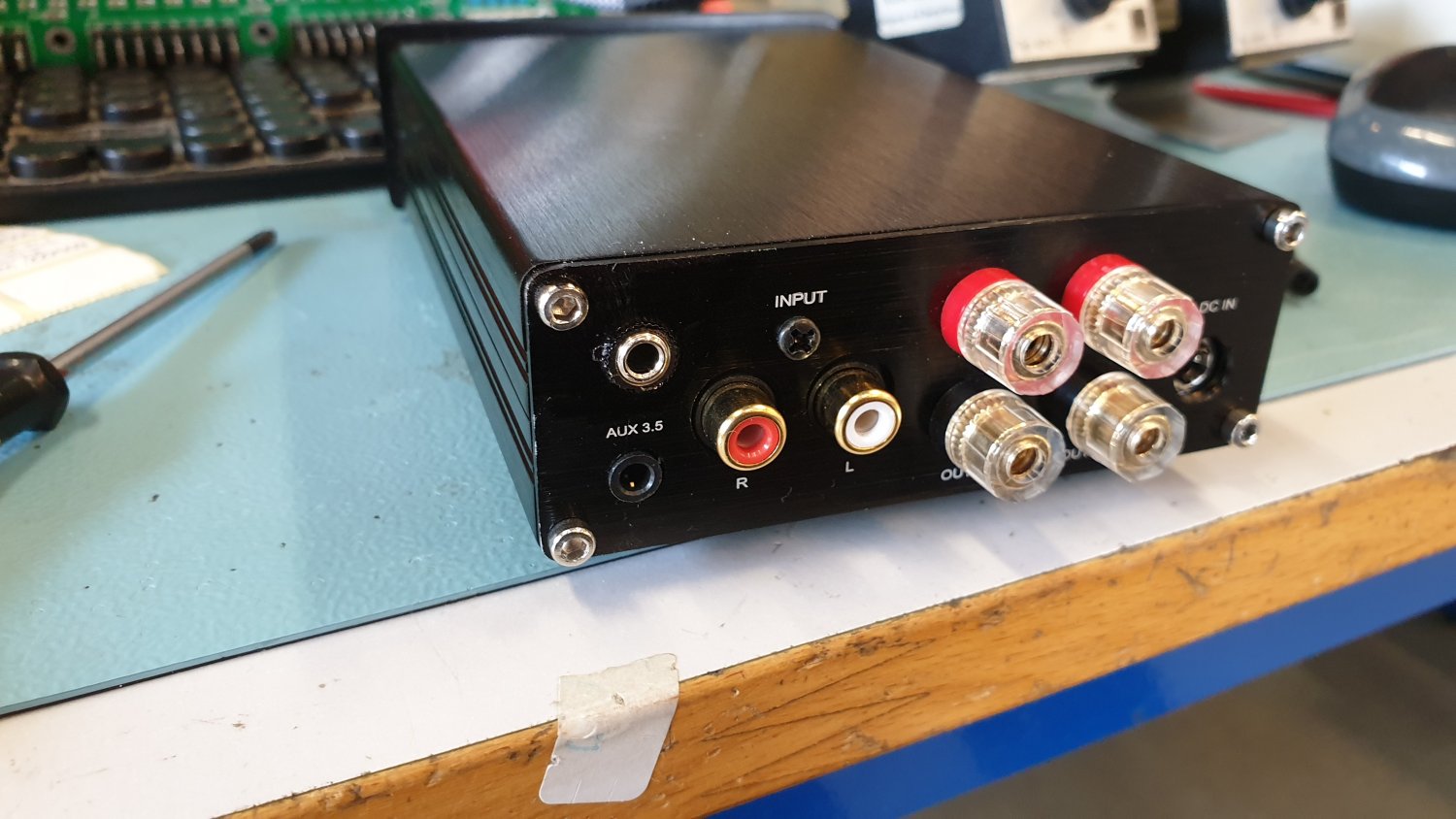 This mod also should work with the Aiyima A07 and similar, seeing as they use the same kind of circuitry and standby/power-switch.
Last edited: Jun 20, 2022
L

Awesome build! I really need to do something similar for my old JVC receiver. Can you do a simple wiring diagram sketch of it? Thank you.
OP
X

lap said:
Awesome build! I really need to do something similar for my old JVC receiver. Can you do a simple wiring diagram sketch of it? Thank you.
Click to expand...

I can try. I just winged it.
You must log in or register to reply here.