The DDJ-400 is an entry level DJ controller with master out (consumer line level single ended) and headphone out. Most of the functionality is through the REKORDBOX software with almost all controls and audio processing within that software with the exception of the Master level control. My controller is modified from stock in that the I2S lines to the DAC are also connected to an SPDIF/AES output board I have mounted internally to bypass the DAC. I don't think this will affect the DAC output as the twisted pairs to the SPDIF board are connected via 100ohm resistors but performance degradation is possible from this modification and I would like to check my results with a stock unit. The Firmware is the latest 1.03.

Tests have been conducted using my TASCAM US-2x2HR interface which you can see loopback of here. Mostly test tones (pink, 1kHz Sine) have been generated and are played back from Rekordbox 6.5.3 unless otherwise stated. 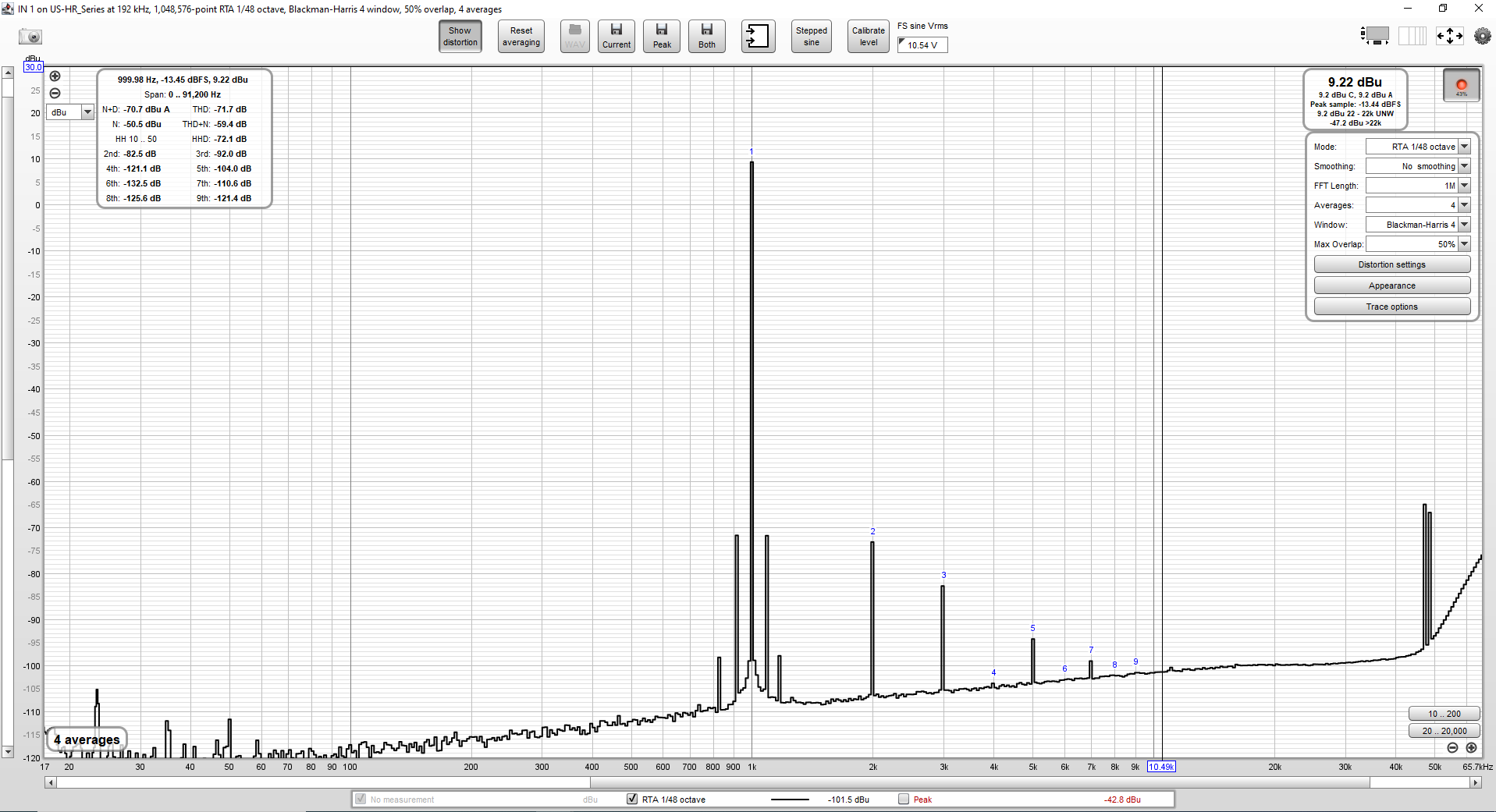 Setting Mixer headroom to 9dB results in almost the same level of 8.45dBu suggesting we are running into Rekordbox limiter.

Setting trim to mid point (0dB) and keeping output level at full and 9dB mixer headroom reduces level to -0.26dBu (752mV) the top red level light on the channel level meter on the controller is no longer lit. This seems an appropriate setting to use the controller in as the level has reduced by ~9dB as the trim setting indicates and so we are confident we have the specified mixer headroom before limiting. 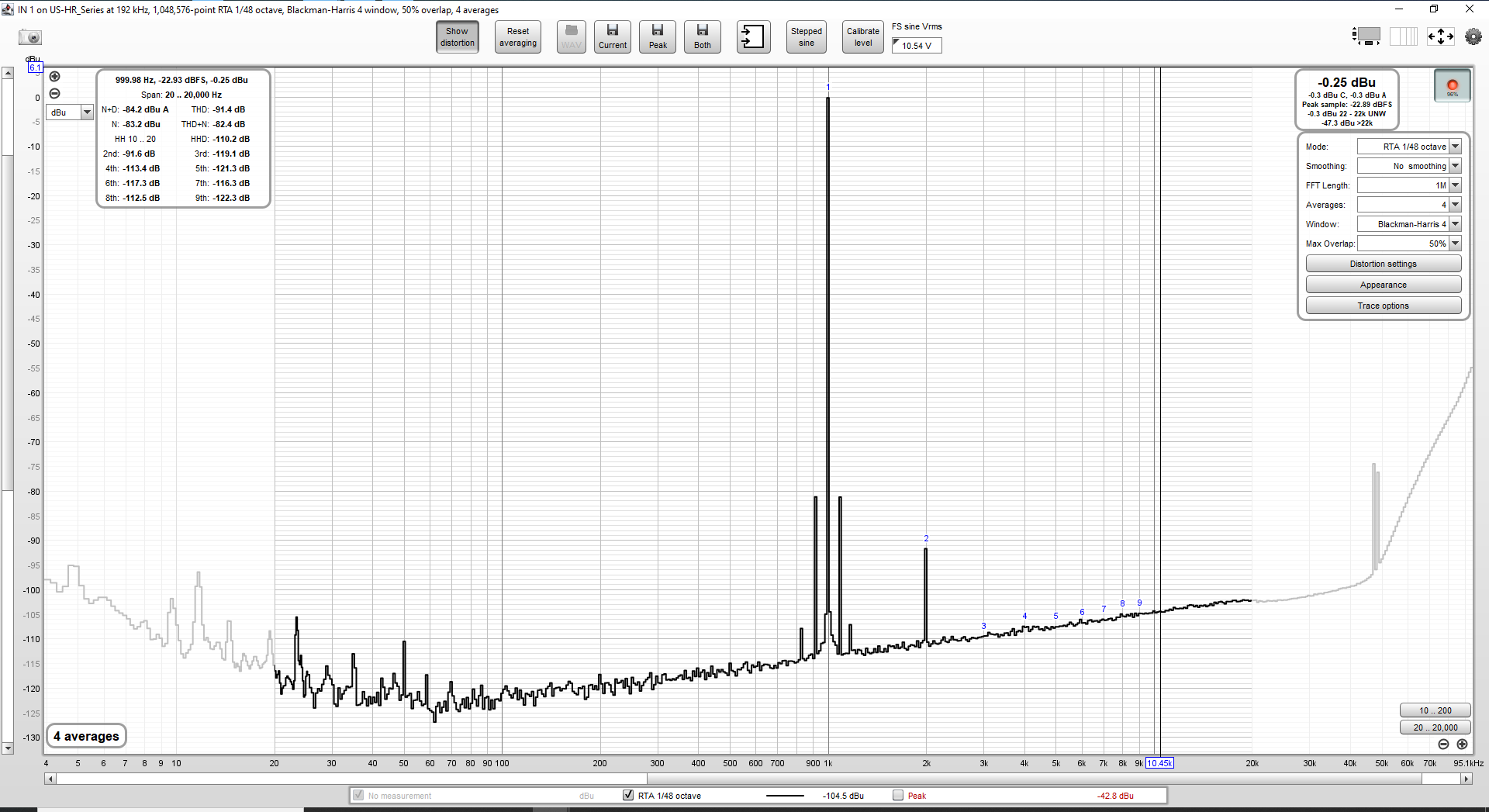 Noise dominated (spurs of fundamental). With no signal the noise goes down the -101dBu. Perhaps the spurs are a hardware processing artefact or due to jitter? I notice spectral peaks centered around 48kHz so perhaps the internal sample rate of the DDJ-400 is related to 48KHz and we are seeing clocking errors or resampling? 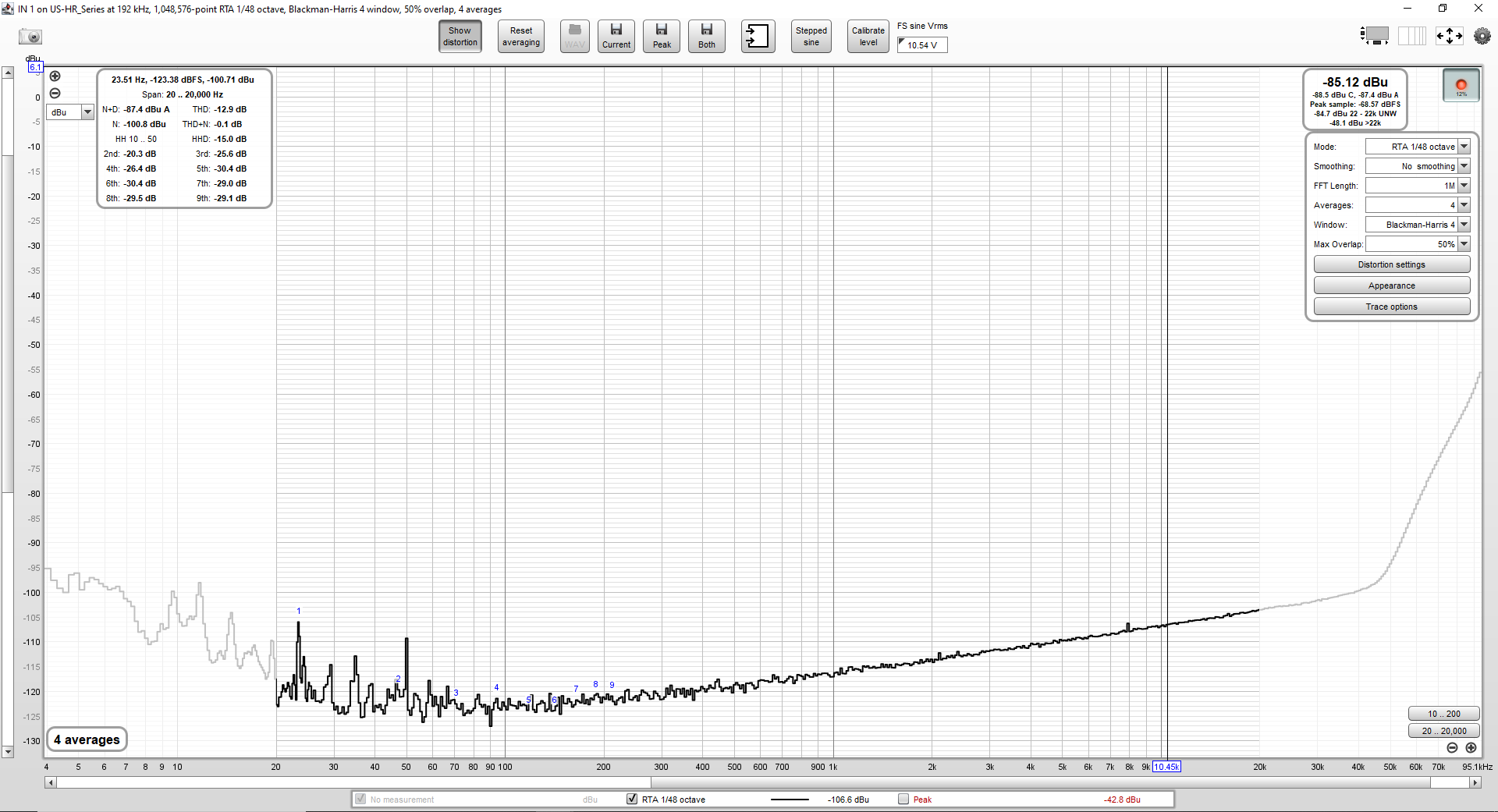 The spurs are also present when FOOBAR200 is used for playback and so are not a Rekordbox playback issue.

For 9dB of headroom with 1Vrms max input devices like 3E audio DSP output level control should be set to start of white section (-7.36dBu)

For devices that can accept high amplitude signals (mixing desk, audio interface etc.) the Master output should be set to maximum to optimise SNR. 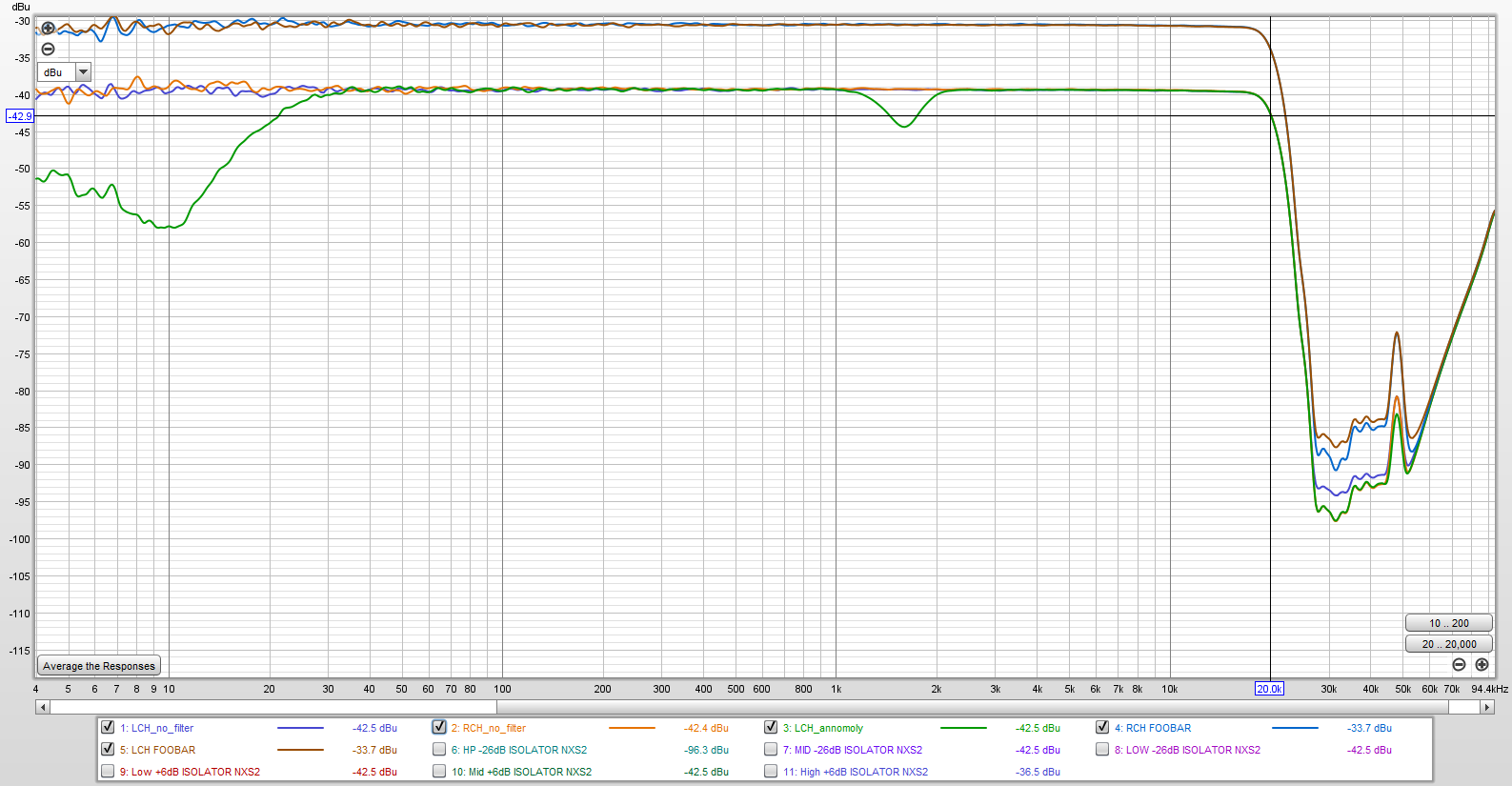 Occasionally anomalous frequency response appears from DECK 1 on left and right channel. Not observed on DECK 2 and intermittent on DECK 1. Appears to be processing bug in Rekordbox? Using FOOBAR2000 to output the pink noise shows higher level but no anomalous behaviour.

The hardware potentially looks to have good enough performance (around CD quality) but there is some very odd behaviour such as the DECK1 frequency response issue and the spurs on the 1kHz test tone that suggest Firmware/Software issues. As my unit has SPDIF capability I will conduct some of the tests using digital output when I have SPDIF input hardware. I am also keen to test another unit that isn't modified.

kipman725 said:
Perhaps the spurs are a hardware processing artefact or due to jitter?
Click to expand...

Looks like jitter... ~90 Hz is an odd frequency, USB packet noise perhaps? I'm also fairly convinced that sidebands -70 dB down at 1 kHz would equate to a crapton of jitter. In a device like this I would be looking at speed / pitch related features as a potential culprit.


kipman725 said:
I notice spectral peaks centered around 48kHz so perhaps the internal sample rate of the DDJ-400 is related to 48KHz and we are seeing clocking errors or resampling?
Click to expand...

Much simpler, these are clearly the images of your 1 kHz test tone after going through reconstruction + analog filtering. (Not sure what is being used as a DAC, but around -70 dB would match the filter performance of a CS4344 or similar.) Yes, clearly 48 kHz at work there.
My audio 'blogalike' | Audio DAC and ADC History | Helpful Audio-Related Calculators
OP
K

The side bands I don't think where caused by speed change features as they where also present when I used foobar2000 for playback. The speed changing is performed in software by Rekordbox and not on the controller.

I'm not sure if this is a useful test in this circumstance but I played back the REW J-TEST signal at 24bit (Rekordbox): 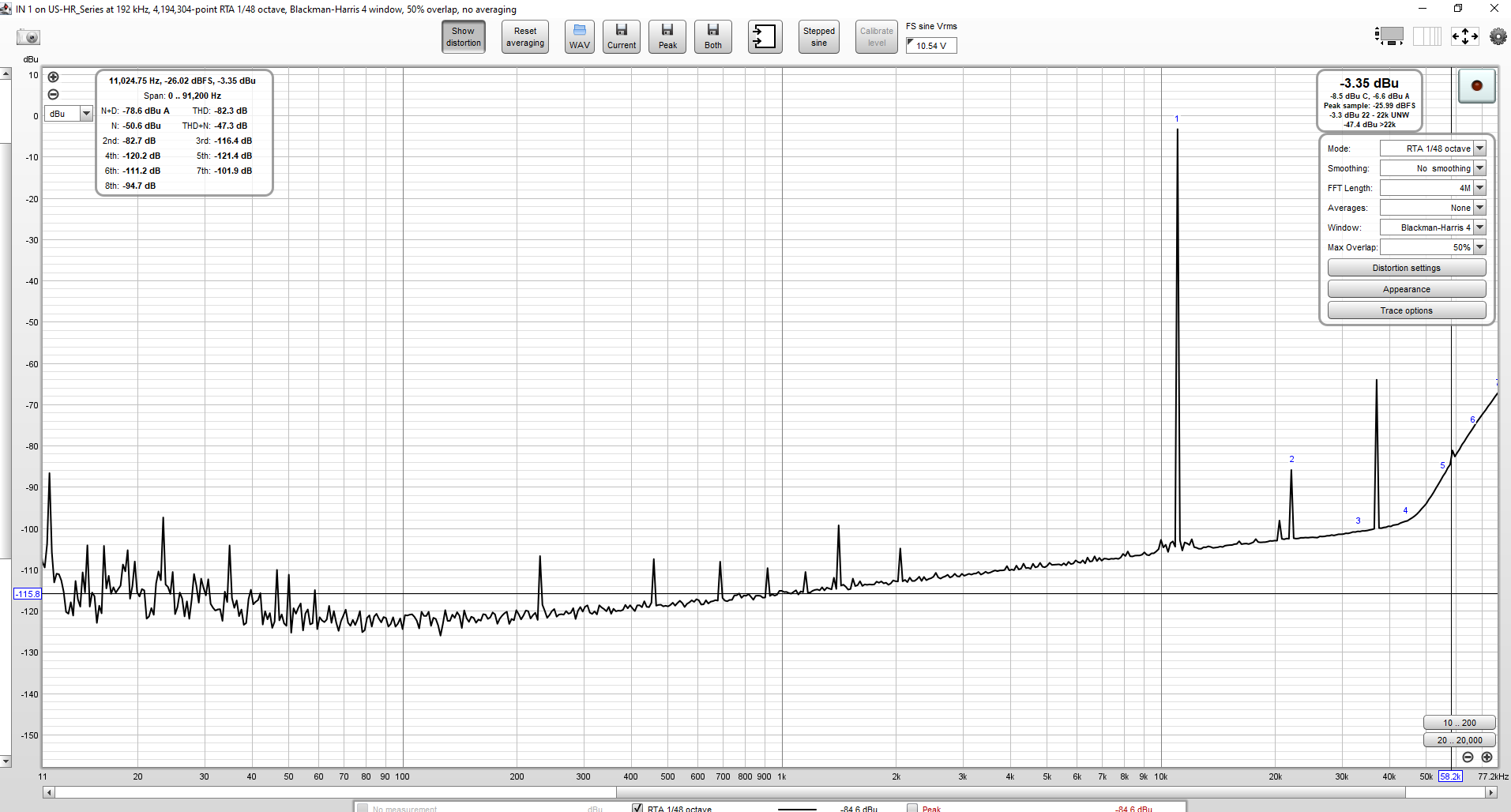 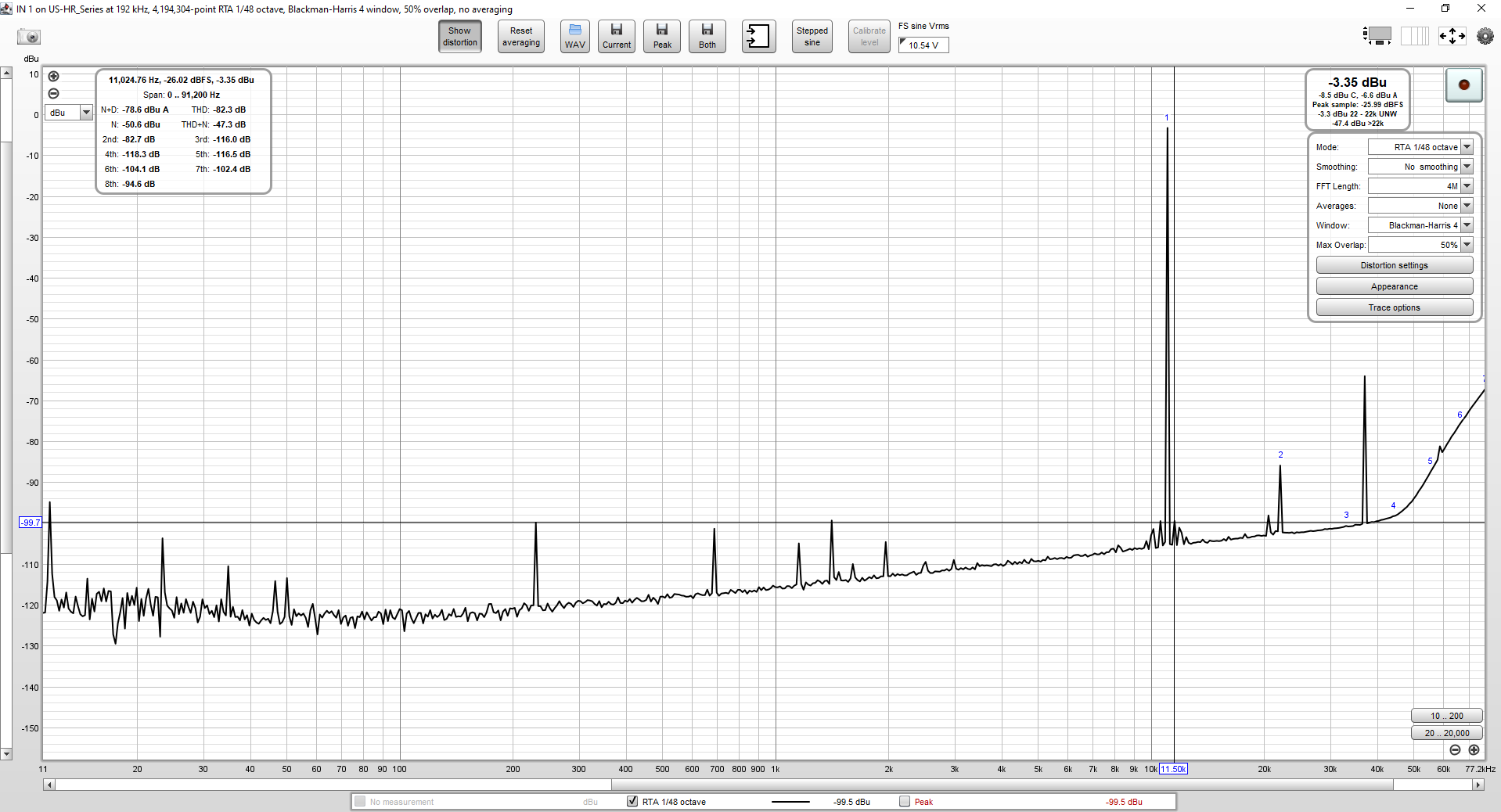 I also tried loading ASIO4ALL and using foobar2000 for playback of the 24bit signal: 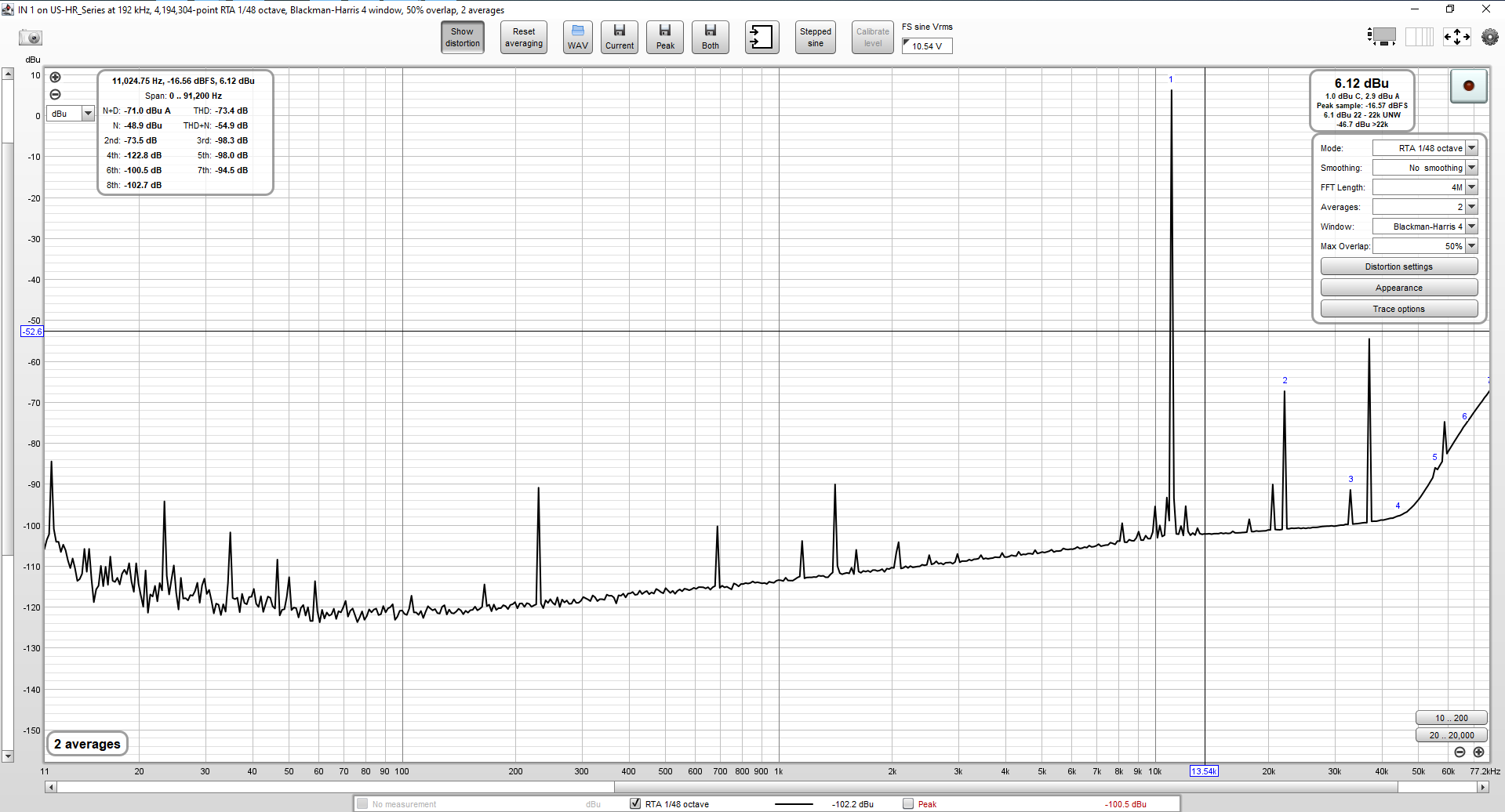 Limited to two averages as REW has a bug only saving 60s long files.
OP
K

As a sanity check I re-ran the 1kHz test tone with ASIO4ALL and Foobar, the sidebands disapeared! (24bit WAV): 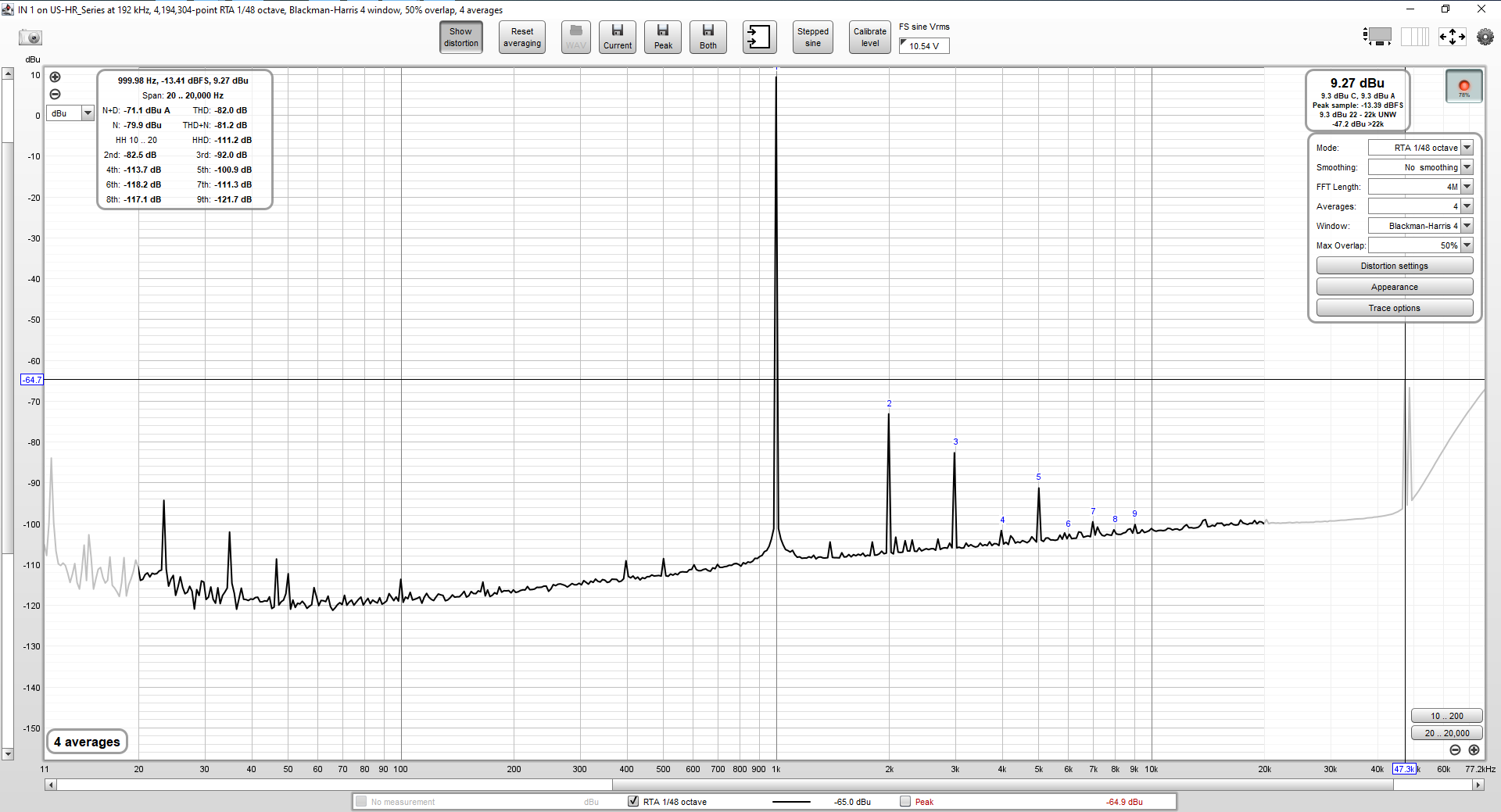 and without ASIO4 all: 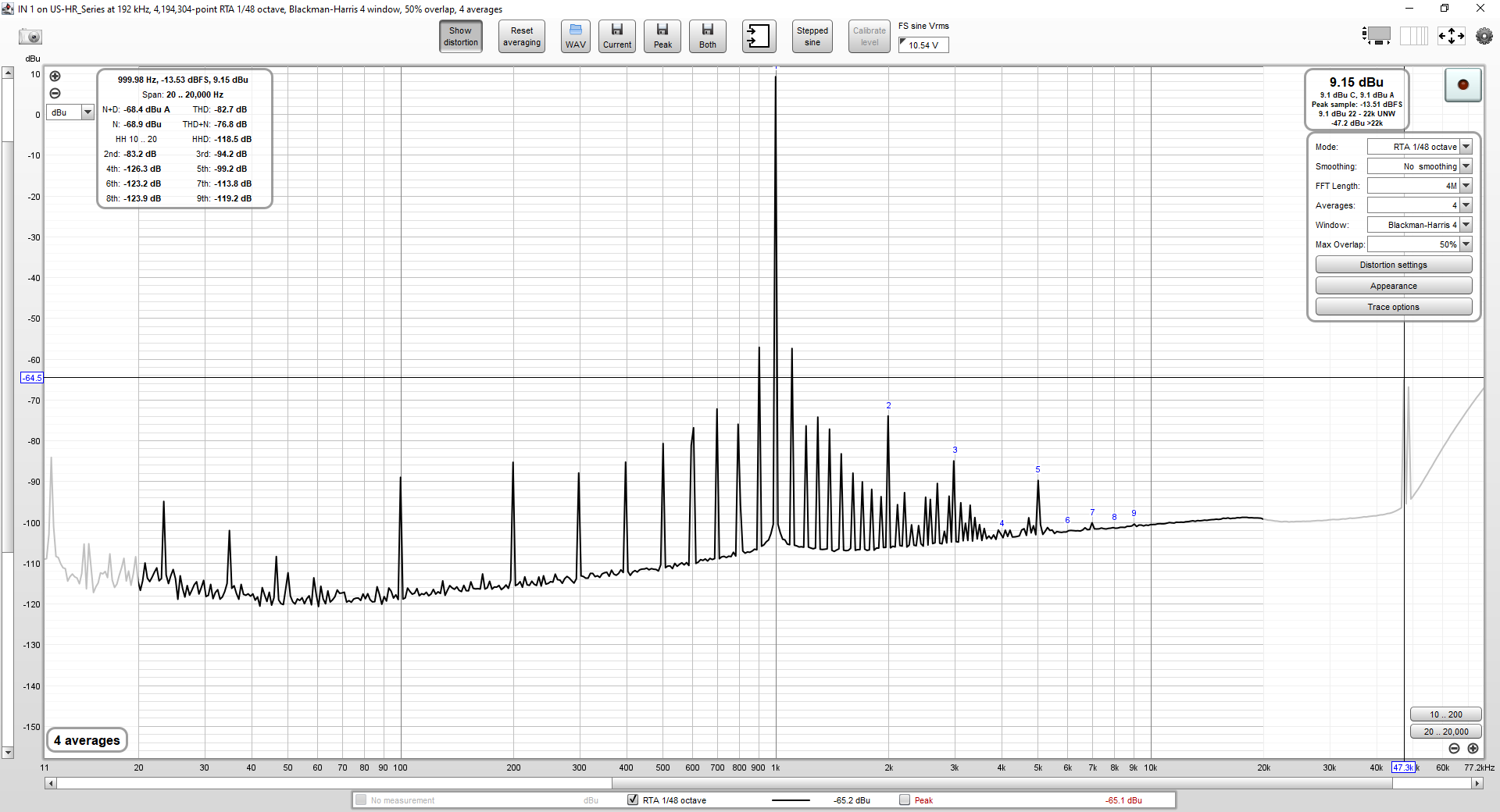