Compared to typical Windows programs, I focused on making many measurements at once.
The algorithm automatically determines the microphone position and saves the result without file handling by OK-clicking.
A private listening room can thus be quickly measured very comprehensively with many measurements using a handy Android device. Of course, this is not possible in a concert hall. In my opinion, this advantage has been used far too little in the private sector.

The result can be output as a frequency-dependent sound pressure map, so you can see different room modes immediately.

I put another emphasis on reverberation times for low frequencies.
In my opinion, a simple value (T_60 at 65 Hz = x) sometimes does not describe reality reliably enough to derive e.g. damping measures from it. In the app there are therefore filter options for the impulse response and output of the Schroeder curves.
You can see how the T_60 values come about and can better distinguish between artifacts and the physical behavior of the room.

Currently all plugins are unlocked, the app costs nothing. In case of concerns: the app is distributed as a "beta version" via the Google Playstore, so it is checked for malicious code by Google.

"Beta" means that no more bugs have been found on multiple devices by multiple people,
but the software is not yet to be used "in production".

PREREQUISITES
- A calm mind that doesn't get mad at bugs, but thinks about what could be the cause
- Android 5.2 or later on a cell phone or tablet. iOS is unfortunately not supported.
- Access to the Google Playstore - installation runs like a ready-made app except for a few hints.

Either check out hifi-apps.com first and then use the _Download_(via_Google_Play)_ link or directly:
Google Play https://play.google.com/store/apps/details?id=com.hifi_apps.ra_meter 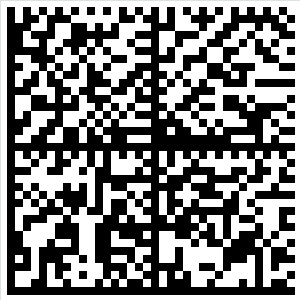 WHAT WOULD I BE GRATEFUL FOR?

- Reports where the user guidance is unclear and therefore leads to senseless operating sequences. Please don't think "I should have thought of that", but let us know.
- Crash reports should be sent automatically. It would be nice not to block the app's internet connection because of this.
The app does not access any personal data and the data volume per crash is at most a few kB, usually considerably less.
- Contact: Here in the forum or [email protected]

Very interesting. Are you doing device detection and automatically loading a correction curve based on anechoic calibration files?
The reason I ask is that I did some research late last year and across many Android devices, I couldn’t consider any of them to be consistently accurate enough to a reference microphone, and the better ones didn’t track with device price or brand as you’d think either.

Thx, interesting point. For results that must be reproducible on another device, an external measurement microphone must be used. A calibration curve can be loaded for this purpose. On https://www.hifi-apps.com/mic_calibration.htm I have shown some comparison measurements with measurement microphone and built-in microphone. (Sorry, the site is in German, but you can use "Translate with Google" at the top left. The translation is reasonably usable).

The built-in microphone has its justification as long as you only compare your own measurements. Or if no high accuracy is required, e.g. for the detection of room modes.

Usually the norms prescribe measurement microphones with omnidirectional characteristic. This is good for reproducibility, but imho. does not reflect the psychoacoustic perception. I have therefore made some experiments to see if one can even benefit from the typical directional pattern of
of built-in microphones. (Mic pointing to the loudspeaker vs. Mic pointing into the room). But the results are unfortunately too uncertain.

That’s fair, but then I would perhaps provide a short warning or notification to remind users of the app that their data is not truly reference or accurate when using the internal mic? That way your app doesn’t become associated with bogus data from poor measurements being shared as objective fact.

The toolset however is very nice! I think you might benefit from a UI/UX designer in the future, as most engineering focused tools would, but it’s a very nice project. There’s some stuff in there that I’ve wanted to have in StudioSixDigital’s AudioTools for some time.

If you’d like to better reproduce psychoacoustic perception then a binaural HRTF convolution of an XY pair of omni mics would possibly be more appropriate? It would allow for easier comparison then too, since you can turn it on and off.

Another alternative is to support binaural mic headsets like the Sennheiser Ambeo, which can be found quite cheaply.

There are many ‘generic’ HRTF sets out there which have been tested by folk quite a lot for their perceptual effects. The one from TwoBigEars (now Facebook) is a good starting point.
OP

Multi-channel recordings: This requirement already came from a headphone forum (for HRTF or ear canal measurements with in ear microphones). I have raised the priority, but don't want to promise anything yet.

A combination of configurable additional information (notes, "caution, uncalibrated microphone") on the plots and nicer fonts plus color scheme: Yes, it's always good to recognize own weaknesses - as a first step I will include some features in the next release.

HRTF, Ambiosonic Recording and Convolutions: Directional information is certainly important for assessing reverb in the listening room. During a construction project, I had 2 blocks of rock wool placed 1 m to the right of my listening position: The listening experience was like with water in the right ear, the measurement result with measurement microphone with omnidirectional characteristic on the other hand completely insignificant.
Reflections on the walls certainly have a different effect than reflections on the floor or ceiling, probably due to the different IACC. On the other hand, in perception, the accuracy of the angle of incidence (and time response) is much lower than for direct sound. There even seems to be a kind of echo memory that adds reflections [Floyd Toole "Sound Reproduction"].

Microphones arranged in a tetrahedron-like fashion provide an accuracy that is probably not needed for this, and on the other hand require a corresponding amount of effort: Both the drivers to emulate the respective polar patterns and the correct alignment require training time and there can certainly be operating errors.

A simpler way from my current point of view (at least private listening rooms with manageable size) is as described above a quick measurement at many points in the room. At the moment the result is only evaluated with a sound pressure map for low frequencies (room modes). But in the data is much more information, also about directions.
You must log in or register to reply here.