ELOJR said:
I replaced my iFi nano with the C200 and couldn't be happier. After just two years, the iFi started randomly losing a channel or outputted no audio, possibly due to a problem with the small toggle switch (which I rarely used). Also, it had a ground loop issue with my new monitors and that disappeared with the C200, even when using the unbalanced RCA outs.

Question: the C200 offers a choice of six filters. Is there a preferred one? I listen to CDs, wav files, and Spotify?

Also, I, too, wish the display defaulted to volume.
Click to expand...

Apparently Filter 3 is perfect. I like 6 for some reason.
E

Installed my new C200. Get audio out of desktop monitors fine, but...absolutely no audio from headphiones, which worked fine with my iFi noan.

Never mind. Did a quick search of this great forum and found the answer. Having not come across this before, I never would have thought of switching gain from "L" to "H."

ELOJR said:
I never would have thought of switching gain from "L" to "H."
Click to expand...

You obviously messed something up!!! 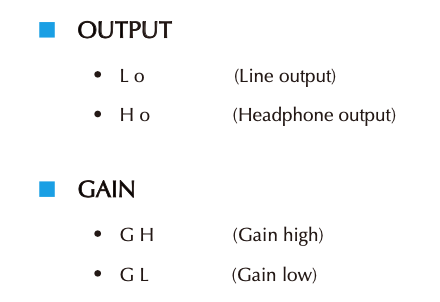 "You obviously messed something up!!!"

Messed something up? How, exactly?

ELOJR said:
"You obviously messed something up!!!"

And...in over 50 years of personal & professional experience with audio gear...inserting a jack into the headphone input always automatically muted the speaker outputs and allowed the volume control to adjust headphone volume. This included the iFi DAC that the C200 replaced.

Now about that display default...

It's a strange new world we live in!

It's generally the worst way to break the audio signal because of the physical contacts in the 6.3 jack, it's much better to do it electronically.
E

Question: Can I connect speakers to the RCA and the TRS outputs at the same time...as in TRS to my main L/R monitors and RCA to a sub?

(I'd check this myself, but I don't have a TRS cable.)

I learned what a DAC is about 3 days ago. I don't know much about this.. 2 Question:

Thanks in advance.
W

Hellboy. said:
I learned what a DAC is about 3 days ago. I don't know much about this.. 2 Question:

Don't worry about it, they both transmit the same way. D6 has AKM chip, C200 has ESS chip and better specs. Also C200 has a headphone amp.
Balance TRS output of these DACs goes to balanced XLR or TRS input on the amp and/or powered speaker.
RCA output goes to RCA input.
Balanced is better on several levels, including interference.

Hellboy. said:
or i can use balanced output to the RCA input
Click to expand...

It is usually not recommended to connect the balanced connections from the DAC to the SE connection on the amplifier, due to a possible short circuit at the DAC output.
A

I'm torn between DX3+ Pro and SMSL C200. What is this talk about it not being "truly balanced"? I've read it in multiple places, but never with an explanation or proof.

Alexium said:
I'm torn between DX3+ Pro and SMSL C200. What is this talk about it not being "truly balanced"? I've read it in multiple places, but never with an explanation or proof.
Click to expand...

there are two headphone outputs on the front of the C200:

people have come to expect that the balanced headphone jack offers about twice as much output power as the unbalanced jack on the same device.
However, there's a recent trend in the industry to include a balanced headphone jack, but without the supporting electronics required for a true differential output (so four opamps).
Instead, the balanced jack is just there for convenience and carries the same unbalanced signal as the unbalanced jack.
The C200 is one such device.
SMSL are not lying or anything as in the specs sheet they quote only one set of gains and max power for both headphone outputs, so the two should be assumed equal as far as the signals they carry.
This trend came to be because there's really no advantage of a differential headphone output for desktop headphone Amps, so manufactureres did the smart thing by giving the people the ports they want, but without the useless electronics.
The TRS Line out on the back of the C200 is a proper differential output btw, since that one is actually advantageous for connecting to speakers elsewhere in the room.
Last edited: Nov 1, 2022
E 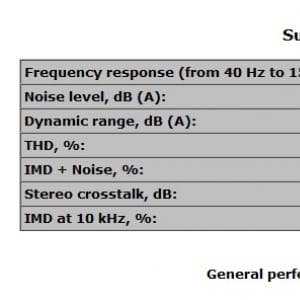 This is the smsl c200 measurement posted on the Korean web

Just my 2 cents to add for the C200. I had previously been using a chord mojo for headphone listening (Monoprice 1060c open back mod).

The C200 absolutely demolished it.

Listening to Peter Gabriel 4 (an early CD pressing converted to flac) presented me with an intricately layered soundstage with sonic cues I had never heard before. What was most striking though was how main vocals were anchored to the centre - with space and depth around them. There‘s been few hardware changes in my 40 years of hifi pursuence that created such an improvement. This was one of them.

Anyone know how much better this is than my magni modi schiit stack? I'm contemplating trading someone my stack for some hd 600's and then buying the smsl to have one device for my needs.

unfit327 said:
Anyone know how much better this is than my magni modi schiit stack? I'm contemplating trading someone my stack for some hd 600's and then buying the smsl to have one device for my needs.
Click to expand...

There are measurements of both the Magni/Modi 3 and 3+ stacks here on ASR that you can compare to.
Safe listening levels and headphone voltage/power requirements (spreadsheet) | boycott MQA
M

Is it normal to have a faint whine coming from the unit when it's off? It's not that loud but it's noticeable, and I don't really like it. Because if it's a defect I'll ask for a replacement, but if it's normal I'm kinda tempted to get my money back.

Happy C200 owner here, can anyone suggest me a 4,4mm to 3,5mm adapter?
You must log in or register to reply here.

Yesterday at 4:57 AM
Dr Schweinsgruber