So I previously had bass traps on the back corners of my room, one was 150mm, the other 250mm with 600mm~ airgap. They were free standing, and the backwall isn't fully rigid backing hence the actual effectiveness is slightly less than calculated. Having a near field setup in a medium sized room also neglected the measured before and after performance. 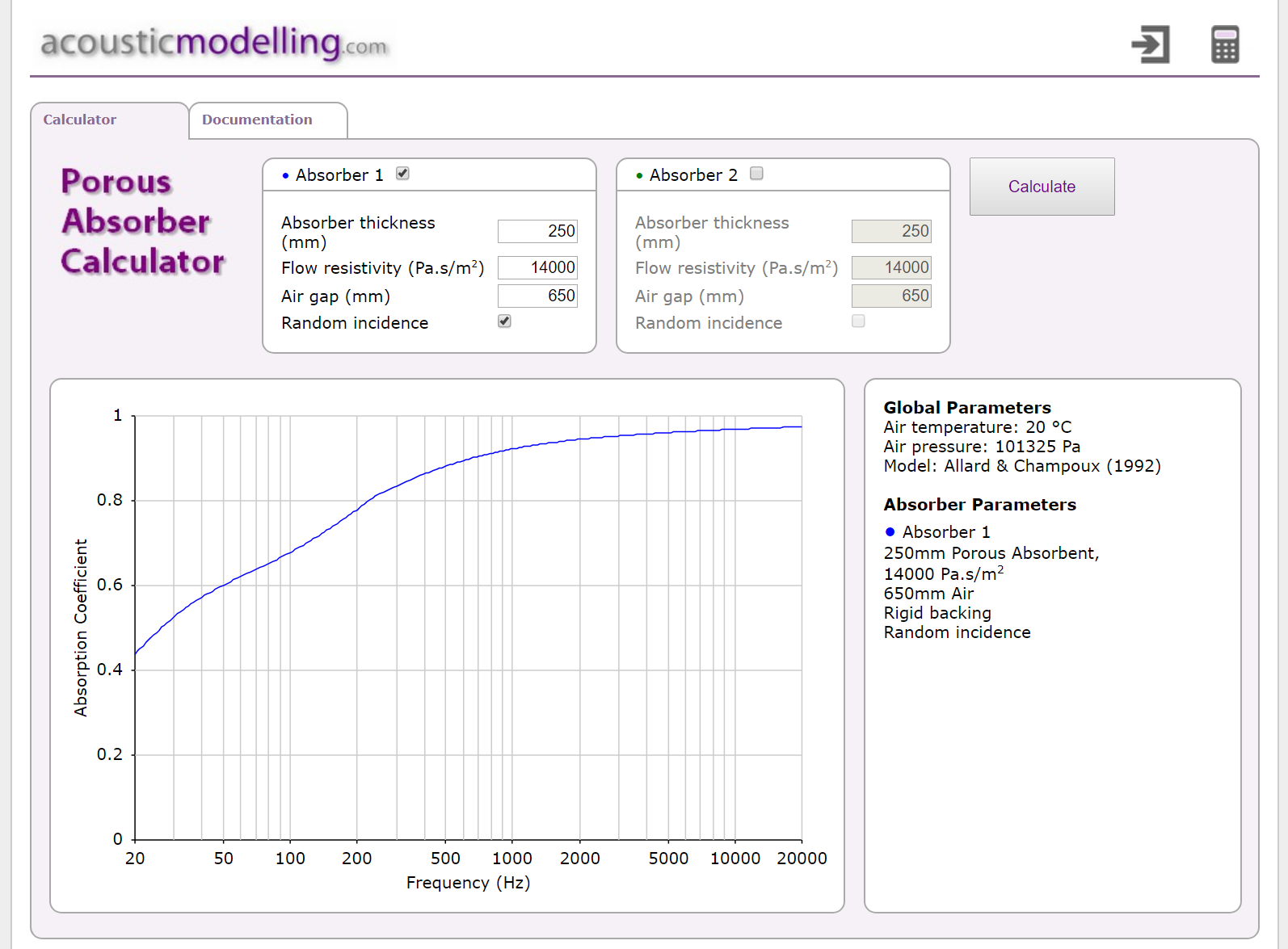 Playing around with the modelling calc shows you two important factors, one the more space you have around to play with the better it is to use less dense materials and vice-versa less space means better performance with denser material.

I recently managed to move some stuff in order to fit in front two bass traps of the identical setup and was very astonished at the results; 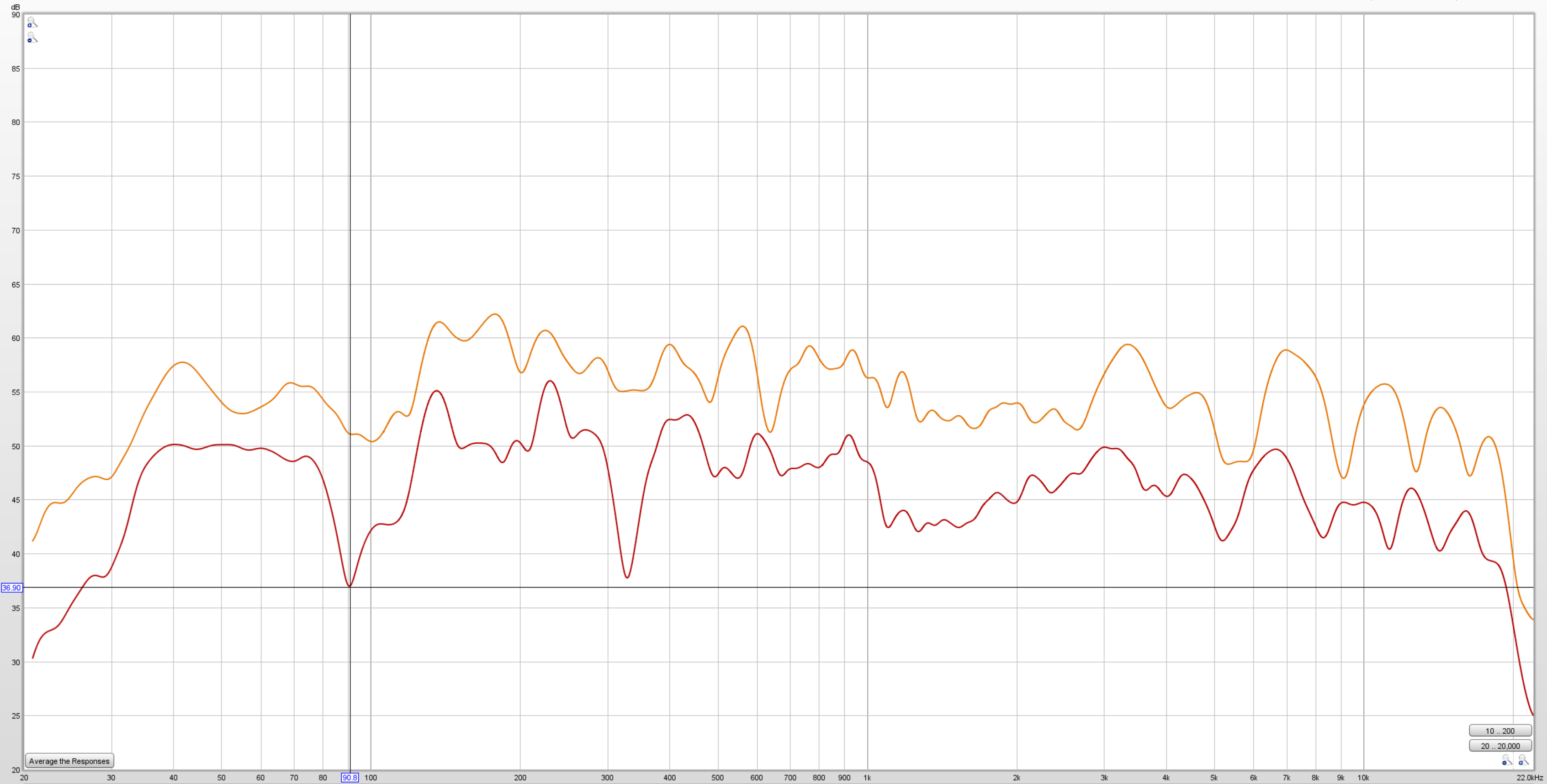 Top being after and bottom before. 1/12 smoothing no eq. The main issue was with the 90hz room mode null which it completely fixed up. Previously I could fix this with EQ but this reduced my headroom due to preamp by -12.5db where as now I have much better bass response and reducing the load of amplifier considering eq only requires a preamp of only -5db for a fully flat bass response. 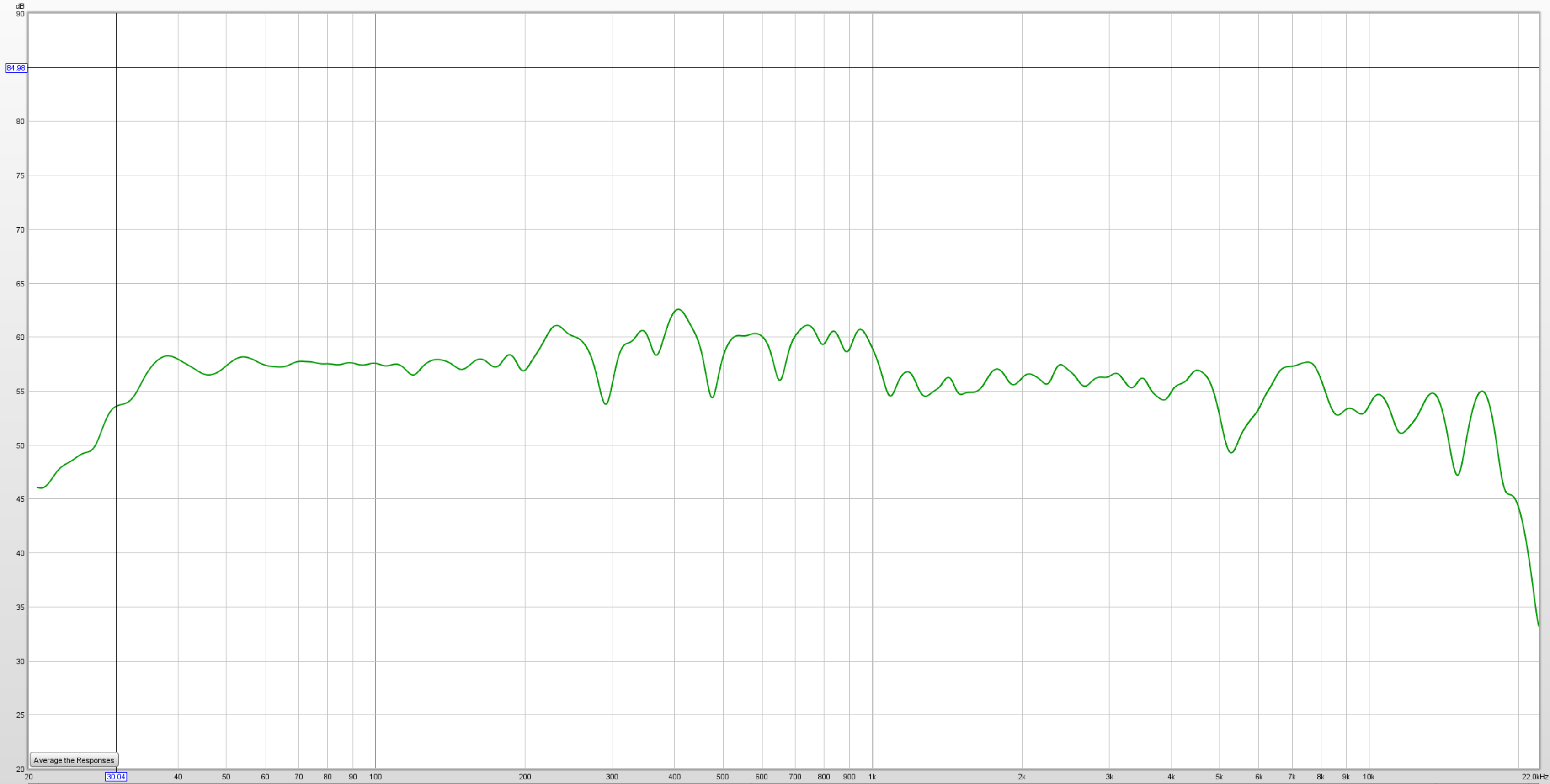 Downsides of having 4x basstraps of 1.2m x 2.4m x .250m in a 4.6m x 3.8m x 2.5m room means its not very livable, much of the room is essentially absorption. And the aesthetics of plain sheets of insulation is the best but very much worth it compared to the megabucks saved compared to purchasing commercial products.

The room sounds very dead however I am very much in the camp that dead sounds fine, in no way fatiguing and if anything diffusion adds an artificial colouration to the room. (aka makes a small room sounds much larger than it really is.) That said I am still going to try some diffusion at the first reflection points and front/backwalls to see its impact, considering Vicoustic DC2 or maybe some DIY wooden qrd panels. 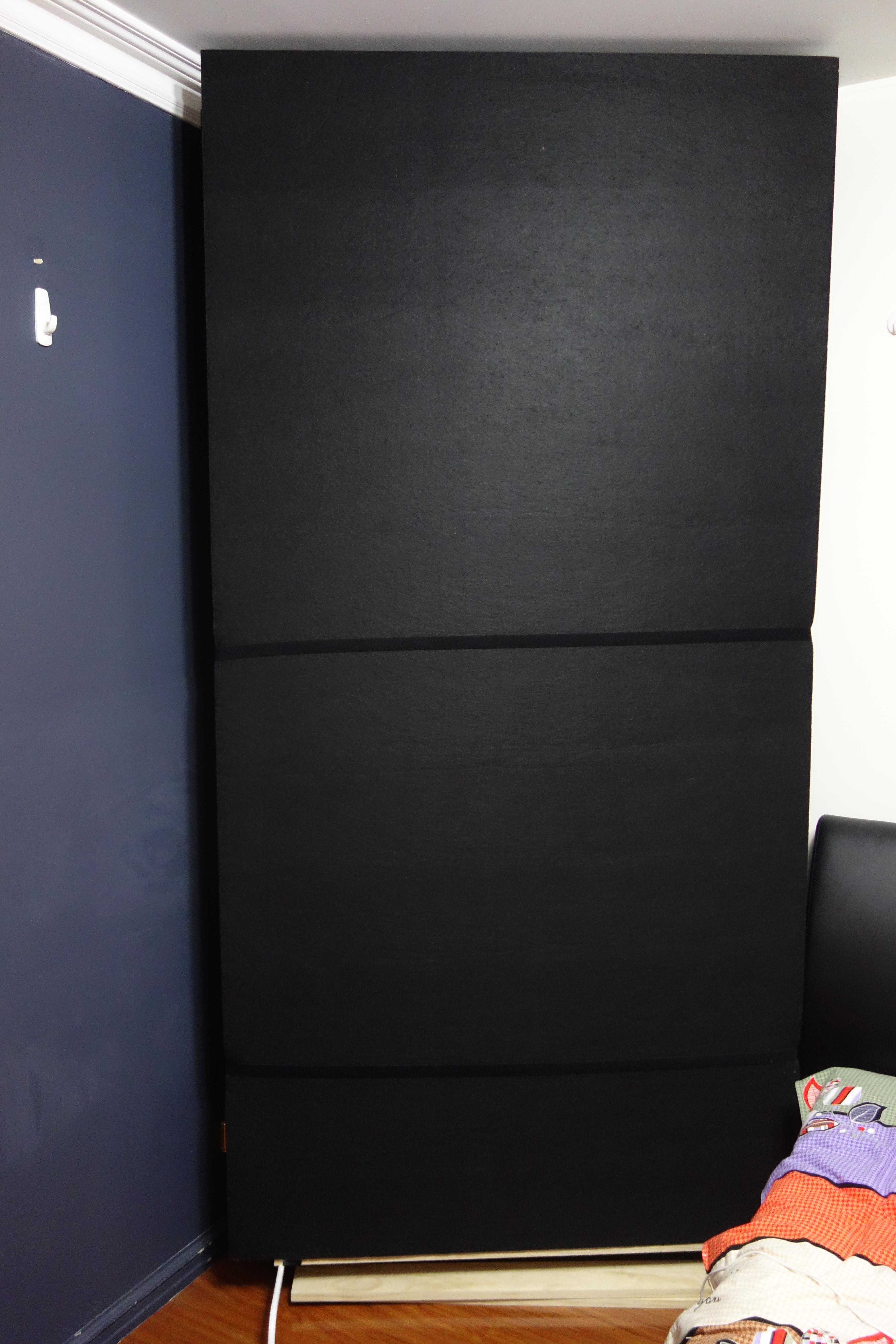 All in all very happy with the difference room treatment ended up doing for me! The impact could no way be obtained if I spent the equal amount of dollars and effort on say gear purchases.
G

Thanks for sharing along with the data

What's your estimate of the total cost for those diy traps?
H

You could buy some suitable coloured cloth to cover the front of your bass traps to make them more attractive - or hidden if you get it the same colour as your walls. GIK for example sell this cloth:

https://gikacoustics.co.uk/product/camira-fabrics-by-the-metre/
I'm just an ordinary hi-fi listener with no special knowledge except what I've read (Toole and a few more) and from my attempts to improve things in my listening room.
OP

ernestcarl said:
What's your estimate of the total cost for those diy traps?
Click to expand...
$350 AUD which is like $240 USD, but plenty of effort as I had to pick up sheets from supplier myself etc.

Also I forgot to add, I used Amroc to figure out where my problem was in my room and how much absorption I needed. Very useful tool. I have also played around with a decent amount of commercial bass traps, none of which was nearly as effective and the odd few that did contained fibreglass which I decided to not deal with. Sometimes bigger is better!

Yeah, but some enjoy the labor involved with these diy projects. Incredibly cost effective passive treatment over implementing something active like the PSI AVAA.

Nice traps. Mine looks terrible cause I made it with packaging tapes.