Hello and greetings from Phoenix, AZ! Would greatly appreciate ideas and advice for a new home build set to be completed later this year. Many early concessions to the wife has earned me a stereo/home theater budget in the great room. Please keep in mind the photo is from the model house. Our (future) great room will have similar 12' ceilings (and probably those beams). Also, the couch in the picture likely closely approximates where the main listening area will be. 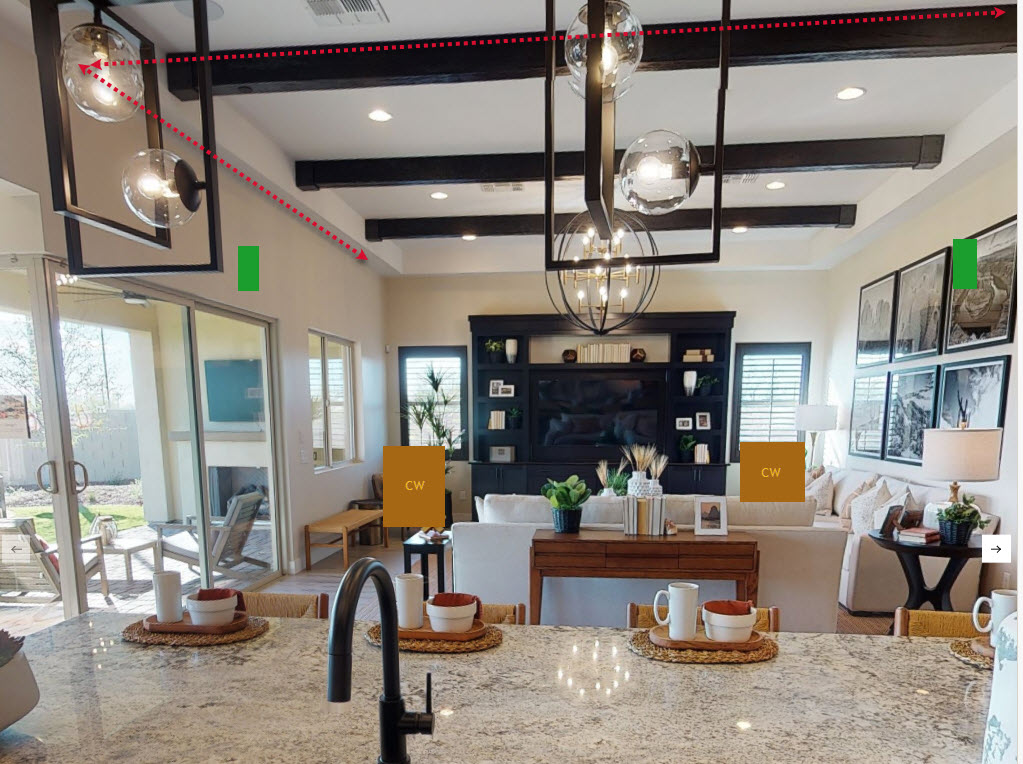 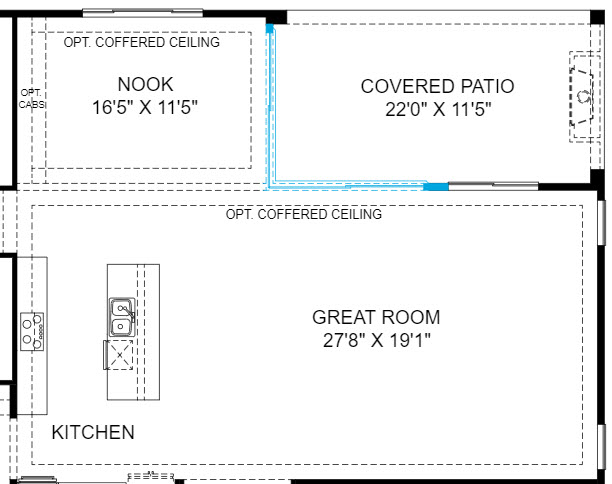 As much as a 5.1.4 or 5.2.2 (or some other similar iteration) would be appealing, the room will likely be a 50/50 movie/music situation and I am thinking of striking the hot iron with a 3.1 or 3.2 with these components:
Knowing the sensitivity of the CW’s and that quality > quantity with regard to power, I was considering a Primaluna Evo 200 or 300, but I think I will be staying away from tubes for the time being. I have looked at Leak amps, the Yamaha A-S1200, BasX 200/300, as well as some Cambridge/Monolith/Anthem amps.
Amp suggestions would be greatly appreciated, but I guess the issue of center channel needs to raised first. Will the RP-504C work well with the CW’s? (I know timbre-matching fanatics will tell me to put a Heresy in the middle, but that won’t really work aesthetically with the wife (acceptance of the CW’s themselves were an act of grace). If this center channel would work well, should I go with a three-channel amp or a stereo amp with another amp to power center and subs?

I would like to eventually add some surrounds (see green boxes added to walls in photo). Given the window restrictions on the left, was hoping for in-wall surrounds that allow the drivers to be angled down toward the listening position. From my understanding, this would be better than having ceiling surrounds and ceiling atmos speakers. If and when I go to a 5.x.x, I would look for something like a Denon AVR-X3600H to power the surrounds and use the pre-outs for stereo amps.

After much sweating over acoustics, I am taking a more laid back approach and hopeful that the front ports on the CW’s (along with a rug) will largely address any issues. (I want great sound but am not chasing the hi-fi dragon here, so to speak.) Absorbing first reflection on right side of the wall will be easy enough but I worry about limitations of left wall. The wife is okay with a track system for some doubled-up velvet curtains that could run along this wall (and maybe for the back of the room—see red lines in photo). If that works, I could build a sound absorber that could cover the window (not the sliding glass door) when the curtains are deployed. Thoughts on this would be greatly appreciated. Would a bit of ceiling absorption be advised to make the kitchen and nook area more pleasant?

I was initially going to add a 70V system throughout for background music but am likely moving away from this and just letting the CW's and some Bluetooth speakers fill out the house. With all the capabilities of the Rose streamer, though, I might soon find myself up the attic with speaker wires in tow. With regard to the Rose, I am kind of locked in on this quite expensive component because I know it will be a delight to my wife and kids and provide some killer functionality, all the while tickling my hi-fi sensibilities.

Sorry for the long explanation and thanks for making it this far! Any help would be greatly appreciated.

Personally I'd go with active speakers. For timbre matching and something that will work as surround speakers, why not just have everything as the same speaker? A Kali IN-5 is compact for a 3 way, and will have much better vertical dispersion and imaging than Klipsch speakers that so far on ASR have ragged response horizontally, not to mention vertically which is worse on non-coaxial drivers. I like ceiling mounted surround speakers though, and pointing them is much more forgiving over a wider listening area with coaxials.

For their size they go quite loud and I've used them in a living room where I am 12' away without ever coming close to their max volume. Add in a couple of subs and you're good to go.

Center channel wise I'd rather have a 4.1 system than a 3.1 system. You don't miss out on dialogue when the center can be mixed to the right and left channels. Budget wise though, plan on spending $4k just for a surround sound processor and room correction though if you go with active speakers and XLR connections. I use a Dolby DP564 because I'm on a budget after spending most of the money on the stuff in my signature. the Dolby unit can mix the center channel to right and left speakers, but it is old, and doesn't support Atmos. Great for a starter setup though up to 7.1 surround sound.

Also: If you can't do room correction quite yet, there are placement presets on Kali monitors that help a bit depending on if they are in free space, next to a wall, on a stand, ceiling mounted, etc. Don't remember all of the options.

Since that room is very reflective, I'd also be wary of poor off axis performance of non-coaxial speakers since you'll be hearing the reflections. Genelec monitors and the Kali's to some extent have off axis sound that is more similar to on axis sound. Same with KEF, but they mostly do passives.