The Studio 620 should be hitting US shores in a few months. I picked up one from Japan.

A few comments
- it's a dark red color, with the web images representing what it would look like under bright lights. It's darker in real life and I have shown a comparison to the classic JBL walnut finish wood veneer. The iPhone camera used for these photos adds extra saturation, so it's so intense in color in real life.
- fit and finish is great. It feels dense and well-built. A clear step above the Studio 5. The vinyl wood-style wrap is much nicer than the Studio 5 series although you can see the seam of the vinyl wrap on the rear.
- magnetic grill is great
- Made in Indonesia 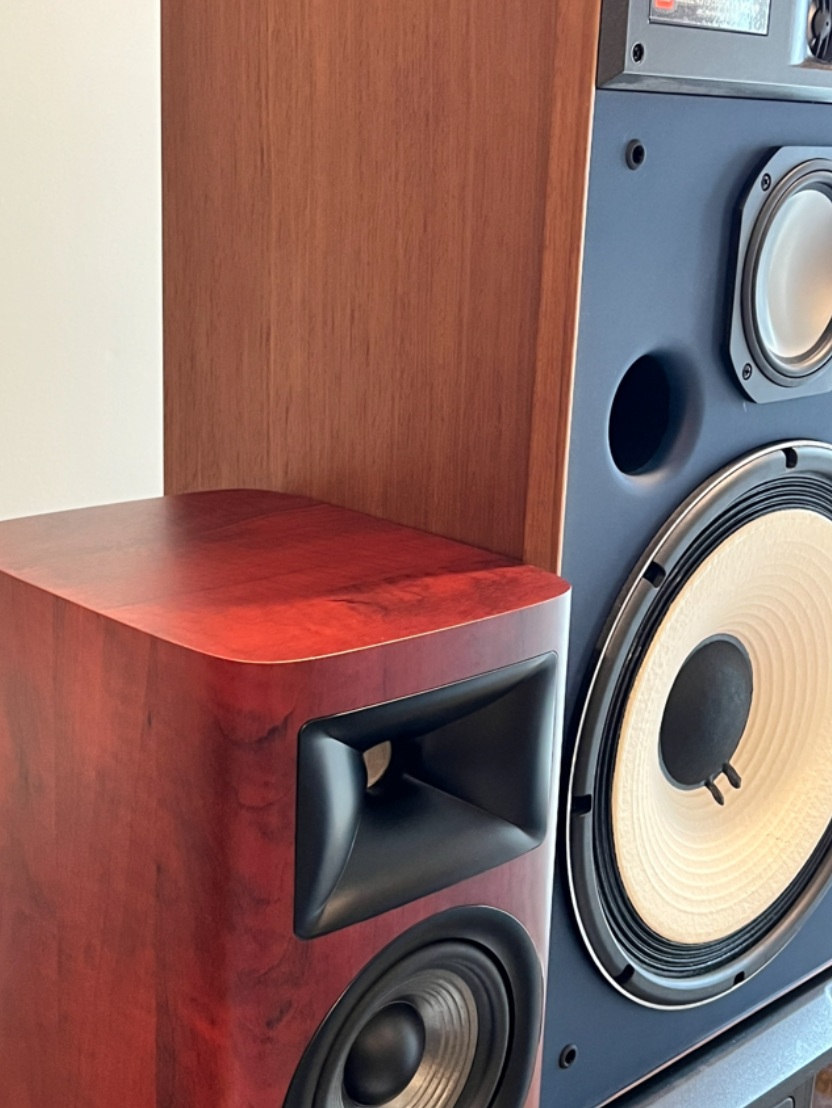 In room measurements, stereo, listening position ~4 meters away. Microphone is about 10 degrees off-axis (microphone stand on sofa cushion, not at ear level)

1/1 octave smoothing to capture overall tone/balance and then a screenshot of whatever smoothing REW uses for the distortion page which looks ~1/12 octave. 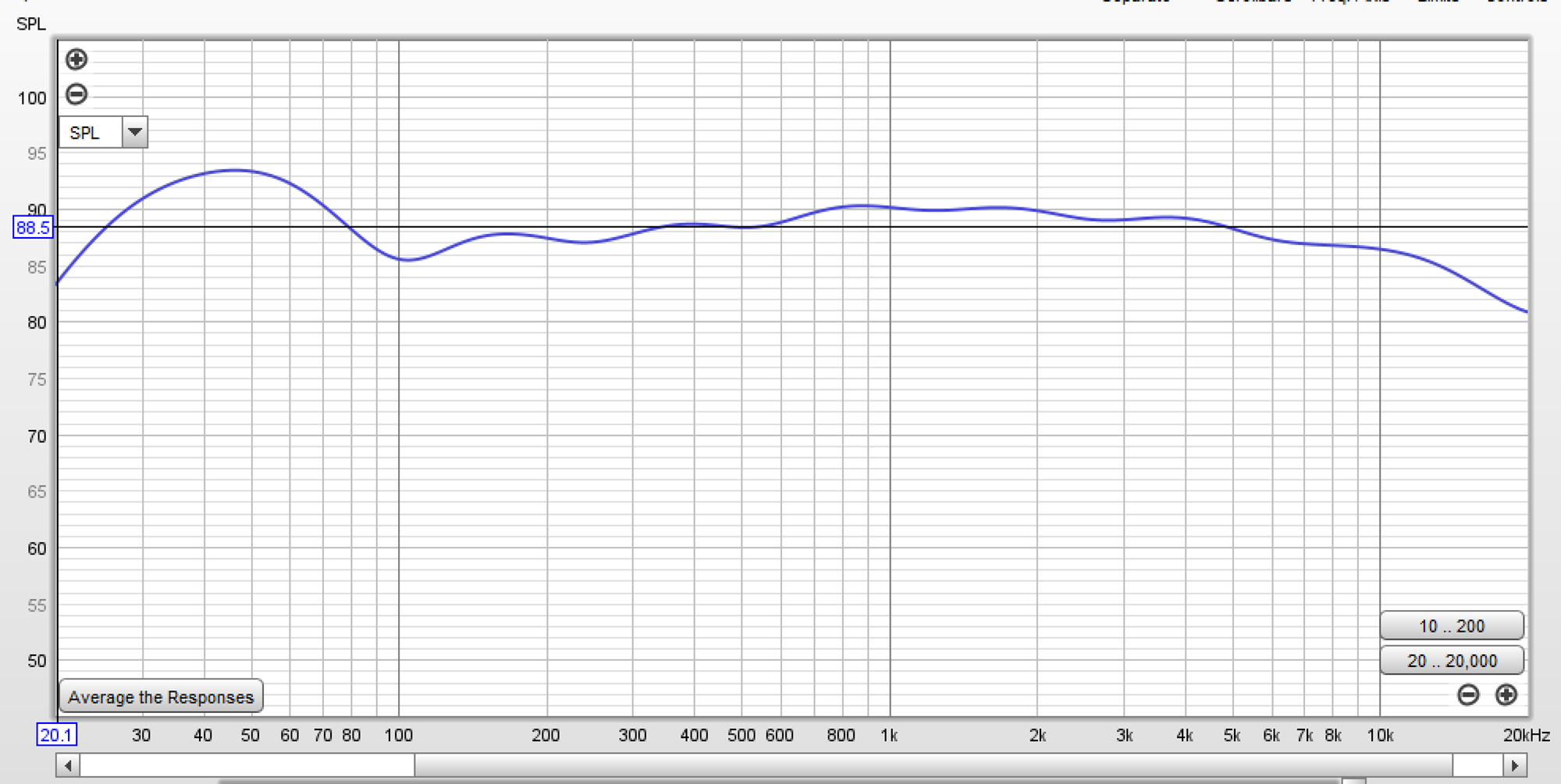 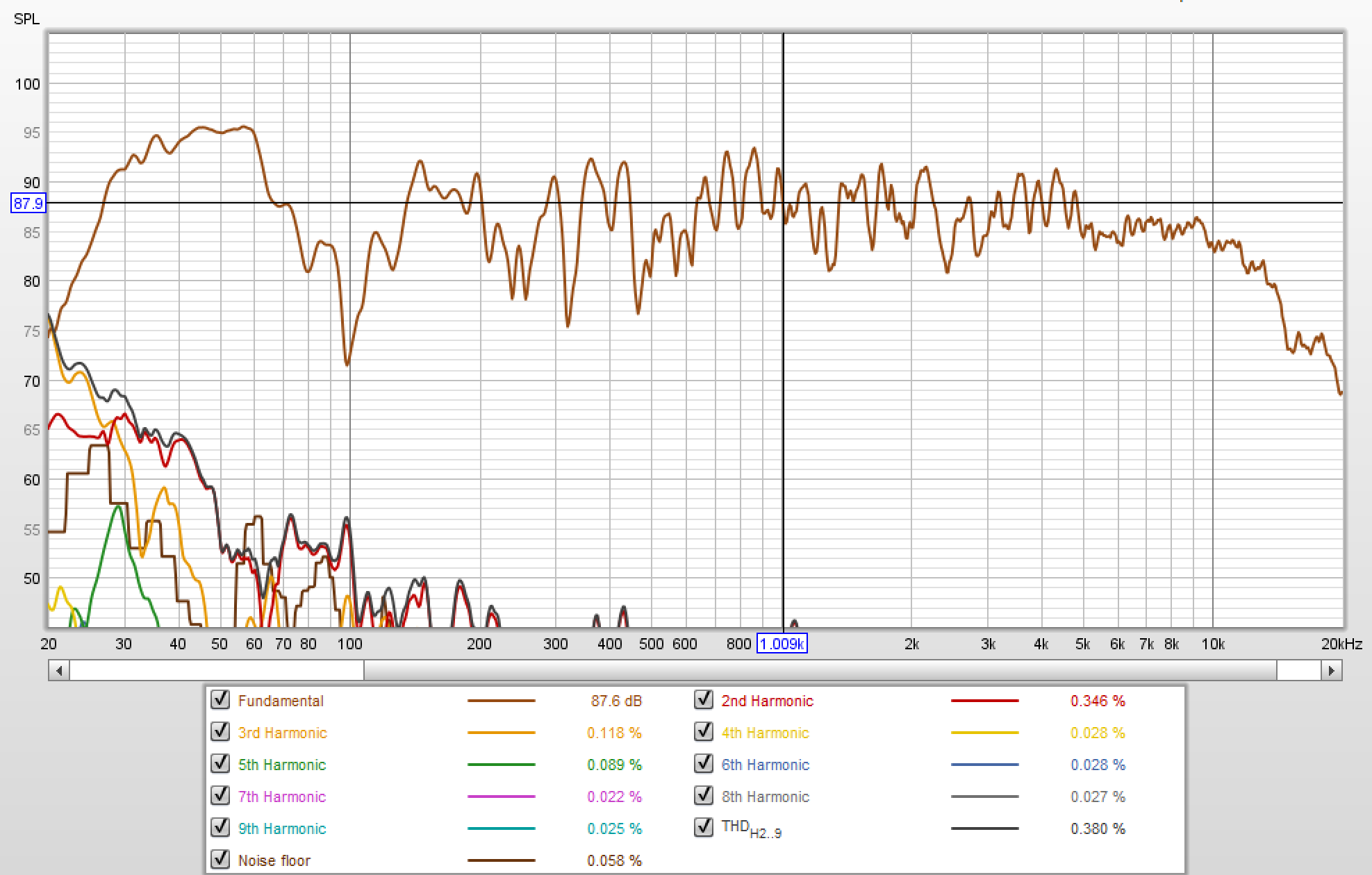 Sound Impressions
It measures really well with low distortion too, but it doesn't have the transparency of the $4K MSRP 4319 (I'm assuming it's the jagged frequency response; unfair sighted comparison). This is a nice/petite speaker that has a lot more invested in the furniture aspect. [edit: It's a 5.25" woofer]

It appears to. There seems to be a Studio 630 floating around which is the same as the Studio 620 tweeter-wise, but which steps up to a single 6 1/2" woofer (from the old Studio 580, which had two of those)
OP
G

It will be interesting to see how this compares to a HDI-1600 once it gets put under a high-resolution measurement. I'd imagine it'll come pretty close especially with lower SPLs.
B

Yeah, they look *tiny* compared to your other JBLs!
You must log in or register to reply here.