Hello all, my name is George (Ge0). I am new to this forum as of today. I stumbled across this site a few times in recent months to read some excellent equipment reviews. So, I decided to join you. Perhaps I can even contribute.

Now a little about me. I'm in my early 50's. I have been an audiophile since I was 10. Audio sparked my interest in electronics. So, that's what I studied. I have a masters degree in Electrical Engineering from Western Michigan University in Kalamazoo Michigan. I moved to metro Detroit after finishing college. I've been working in automotive electronics development ever since.

I have two hobbies. One is cycling (which I won't get into here). The other of course is audio (both home and car). I've always been a DIY'er. I've built my own electronics and loudspeakers for as long as I can remember. As a matter of fact, I'm working on a new set of speakers now. I'm in the process of selecting midrange and tweeters: 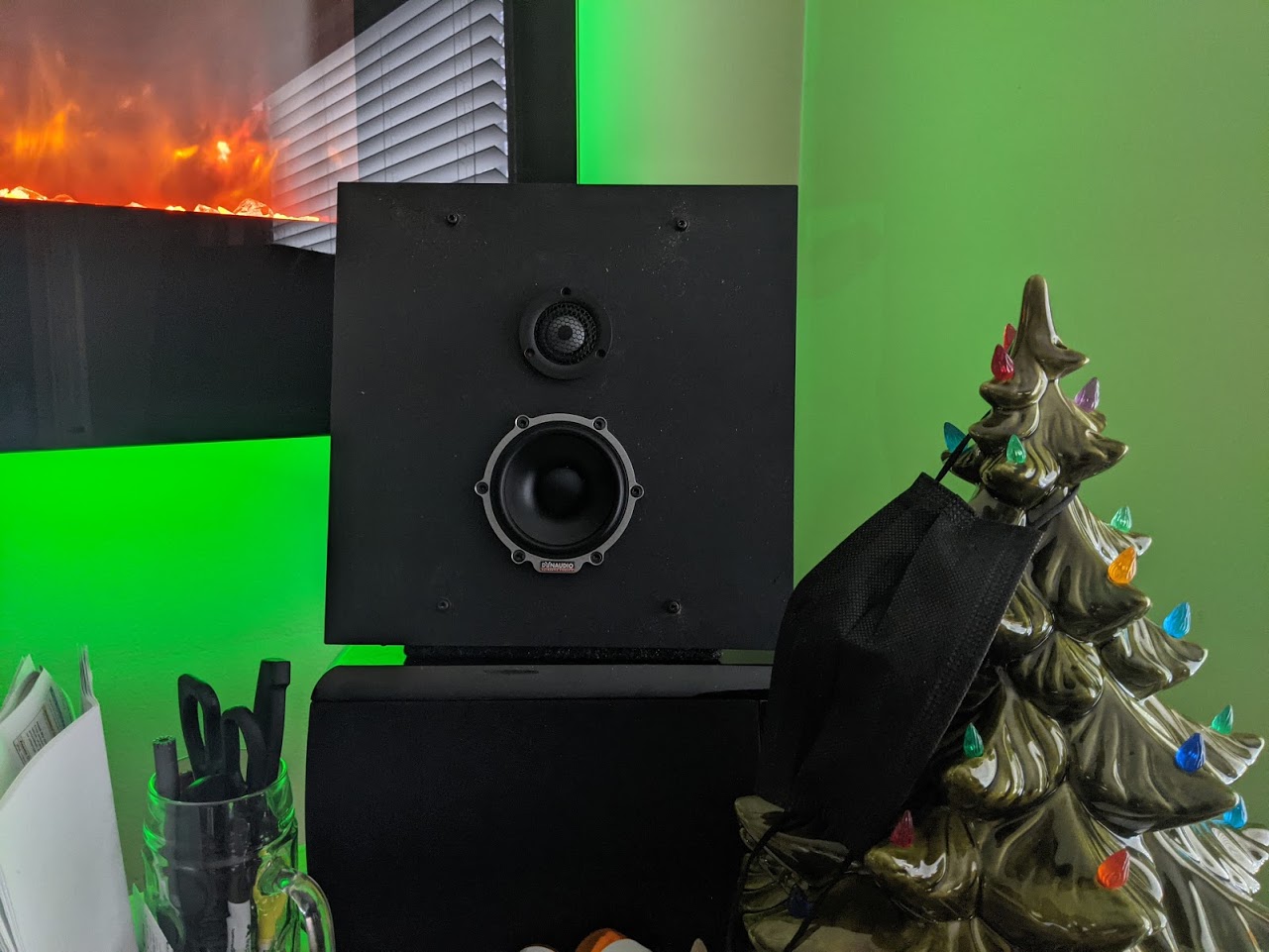 All drivers are run active via dedicated DSP and amplification channels per driver. This is what I consider fun

I belong to a local audio group called the Southeastern Michigan Woofer and Tweeter Marching Society (SMWTMS). Although I have to admit I haven't been to a meeting in years. Well to be exact, since I started having children . Why did I mention this? Well, I suspect there are a few of our members here. That, and to give you an idea of who some of my mentors were: Dr. Earl Geddes, Bern Muller, the late David Clark, the late Arnold Krueger, and the late Tom Nousaine.

Over the summer I installed an aftermarket sound system in my car after becoming frustrated with the factory supplied Bose equipment: 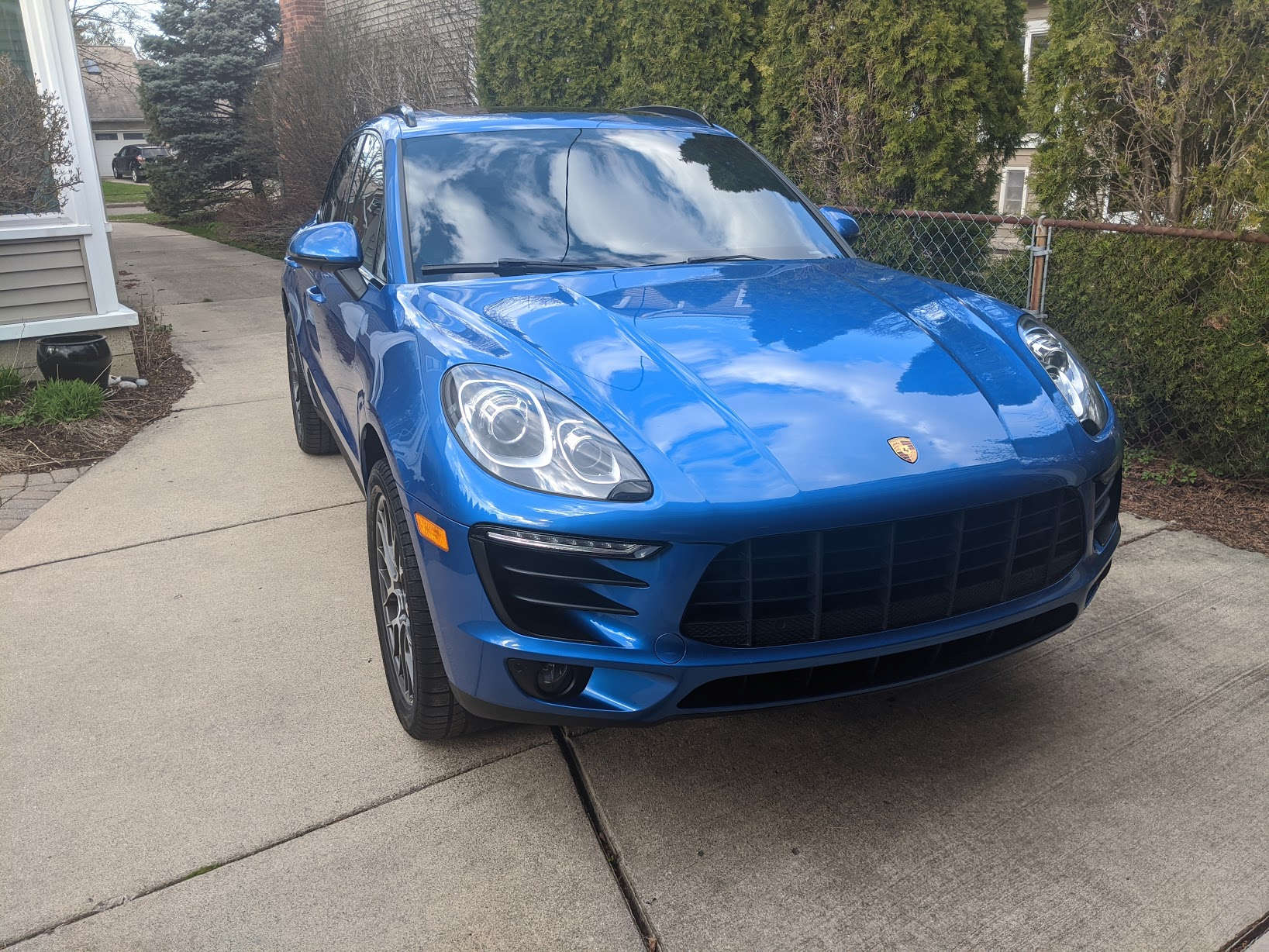 It consists of a 12 channel DSP amplifier and assorted Dynaudio, Focal, and ScanSpeak loudspeaker drivers. If you care to know more about my car system then please visit here: The long and involved process of upgrading my 2016 Macan S stereo system | DiyMobileAudio.com Car Stereo Forum

In addition to building things I also have a passion for understanding the science behind what we hear (acoustics, psychoacoustics, tactile acoustics, etc.). For example, has anyone seen this video describing the McGurk effect:
I suspect those folks who can hear big differences in audio cabling have been hearing some Fah's instead of Bah's


Well, that's about it for now. I look forward to being part of this forum.

Second, I like you already for the video you posted.

How're you enjoying the new sound system btw? I've never seen someone go to town on a somewhat luxury car's sound system before. People assume if you get a sound system from a known brand in your car, it's like you got the best thing ever possible.
OP

Thank you for the welcome. Glad you found the video interesting. Try listening to it with your eyes closed and then watch it again with your eyes open. You know what to expect but your brain still fools you anyway.

As far as the car. Ugh. Don't assume because a factory premium sound system is pricey that it is worth it's weight in beans. Before COVID I would spend over an hour in the car commuting back and forth to work each day. This is where I listened to most of my music. With 4 kids at home I don't get much chance to do it there.

My car had a BOSE sound system. It was way too bass heavy and just plain sloppy. There was no way to tame it down. The only adjustments were basic bass and treble tone controls that did not suffice. I went as far as trying to locate a programming tool to "re-tune" the factory supplied DSP amplifier. However, it's all proprietary and locked up pretty tight. So no luck.

It's ironic. Bose put a lot of thought into developing a very nice amplifier. Their hardware is optimized and solid. However, they decided to cut corners by placing cheap $1.00 loudspeakers throughout the car. I thought to myself "REALLY?". Anyway, I started by replacing select factory loudspeakers with higher end drivers I know work well for me. However, Bose applied pretty nasty equalization to compensate for cheap plastic speakers. It wasn't working out. So, I had to go all-in and gut the system.

A car is a terrible environment to place a sound system in. Loudspeakers are placed in awkward positions out of convenience. There is also a lot of hard reflective surfaces for sound to bounce off. The combination of the these disadvantages creates anomalies in the sound systems frequency and phase response. This is difficult to overcome. However, it can be done to great satisfaction by using modern technology.

There is a well established market for car specific DSP units. Some of my friends use miniDSP with DIRAC live. I chose another route. I purchased a 12 channel x 75W amplifier with a built in 14 channel DSP (extra channels for powered subwoofers). This allows me to adjust: gain, timing, phase, cross-over, and parametric EQ for each loudspeaker in my system. I can also import recommended filter settings from REW directly into the amp for semi-automatic tuning.

This was a fun project for the summer. However, with the weather growing cold for the season my sights are now set indoors for home audio projects. I have a sound system that I run fully active speakers using VST plug-ins, a multichannel audio interface, and discrete amplifier channels. The equipment I used is getting rather old and outdated. I'm looking to refresh this and hopefully make significant improvements.

Ge0 said:
That, and to give you an idea of who some of my mentors were: Dr. Earl Geddes, Bern Muller, the late David Clark, the late Arnold Krueger, and the late Tom Nousaine.
Click to expand...
Knowing you is apparently hazardous!
“Emergencies” have always been the pretext on which the safeguards of individual liberty have eroded.”
― Friedrich Hayek

Ge0 said:
I belong to a local audio group called the Southeastern Michigan Woofer and Tweeter Marching Society (SMWTMS). Although I have to admit I haven't been to a meeting in years. Well to be exact, since I started having children . Why did I mention this? Well, I suspect there are a few of our members here. That, and to give you an idea of who some of my mentors were: Dr. Earl Geddes, Bern Muller, the late David Clark, the late Arnold Krueger, and the late Tom Nousaine.
Click to expand...
Welcome aboard. I know the group well and next to Boston Audio Society, are the two that have AES papers published. Good on them to rise above the level of social gatherings.
Amir
Founder, Audio Science Review
Founder, Madrona Digital
Contributing Editor, Widescreen Review Magazine
Click for My Technical Background
Master List of Audio Reviews
OP

SIY said:
Knowing you is apparently hazardous!
Click to expand...
Unfortunately folks grow old . I thank the few who have passed for what they left behind.
OP

amirm said:
Welcome aboard. I know the group well and next to Boston Audio Society, are the two that have AES papers published. Good on them to rise above the level of social gatherings.
Click to expand...
Dave Clark was a pioneer and huge contributor to the AES. He was also a great guy to just hang out with and learn. All in all a great person. Tom? Well, Tom was just Tom. Sharp as a tack with a crazy sense of humor. He gave me hints on how to approach Dave to extract information .