I'm busy changing my setup a bit. The idea is to hide most of the nasty stuff. So mostly get rid of the cables and equipment and make it look clean. The idea was to use an Ikea BESTÅ enclosure and TV mount, hang it on the wall and hide everything inside. The middle section is used to house a small-ish subwoofer.

The sub is a Wavecor 10" SW263WA03 that I had still around. I decided to put it in a reflex enclosure, tuned low-ish at around the high 20 number. This should give good power-handling and quite a bit of output capability. The woofer and port are pointing downwards and are therefore hidden from sight.

Sub is build from plywood and has flares on inside and outside on the slotport. The slot is a bit small, but I don't need earshattering levels. 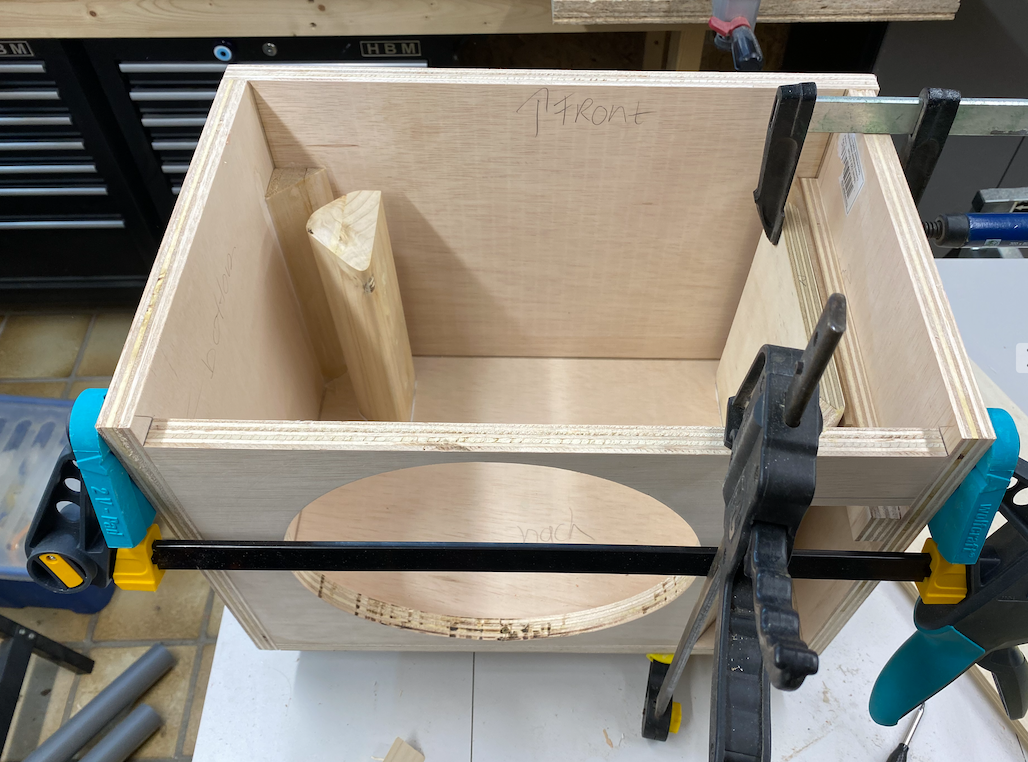 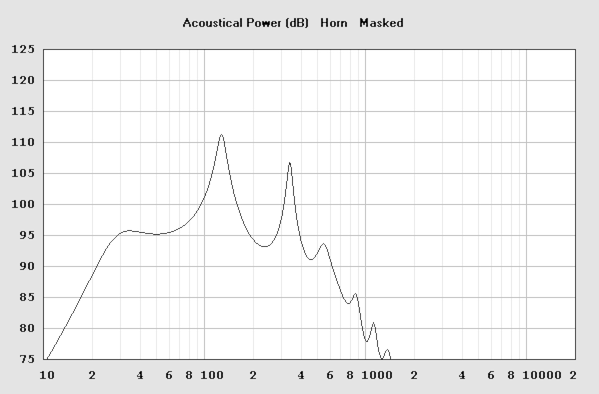 So last week I finally had time to put it all together:

So I simply made a hole in the bottom of the BESTÅ for the woofer and port and screwed it in the sub box. There is still a bit of room in the middle compartment that I needed to attach the door again. 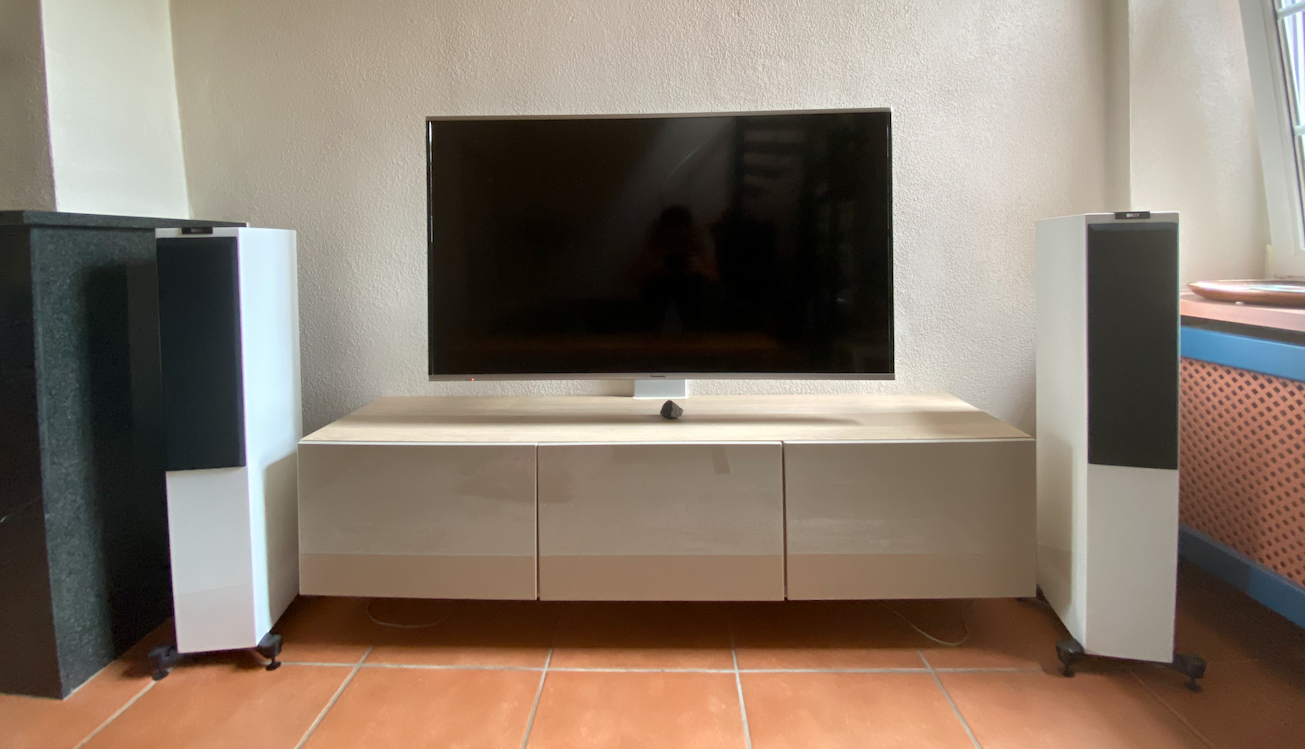 I did a very quick and dirty X-over and EQ-ing at about 80 Hz and managed to get a fairly flat response at the listing position (didn't save the result). For this I first EQ's the sub nearfield, and then did the integration with the KEFs. Finally did the EQ at the listening position. At first glance, it sounds really nice. It definitely adds some needed body to the R500's. At some frequencies, there is some rattle of the doors, which I need to still fix.

Next steps:
- do better measurements and EQ. I can also use the HifiBerry DAC+ to do some FIR filtering which I would like to try
- Treat side reflection since my room is not symmetrical
- Treat wall behind speakers. The idea here is to add damping to the whole wall up to the level on the top side of the TV.
- Treat back wall
- Add a second sub. I still have two 15" woofers left that could make for a very nice back wall sub. I have amps enough and also covered the room with CAT7 outlets so that I can route signals to where they need to be.
- Possibly go back to surround again.

Also, I'd like to replace the R500's with something smaller. Not sure what yet. Possible a pair of second hand Genelec 8050's or some DIY speaker, probably a Synergy horn type of thing (not too big, however).
Do diamonds shine on the dark side of the moon?

xarkkon said:
Very cool stuff! Any close up photo angles of the final product and how it all looks on the inside?
Click to expand...

Well, this is the bottom side. Didn’t make pictures of the finished naked sub… it’s just a box . I do have a rough drawing however, but that needs a bit of cleanup. 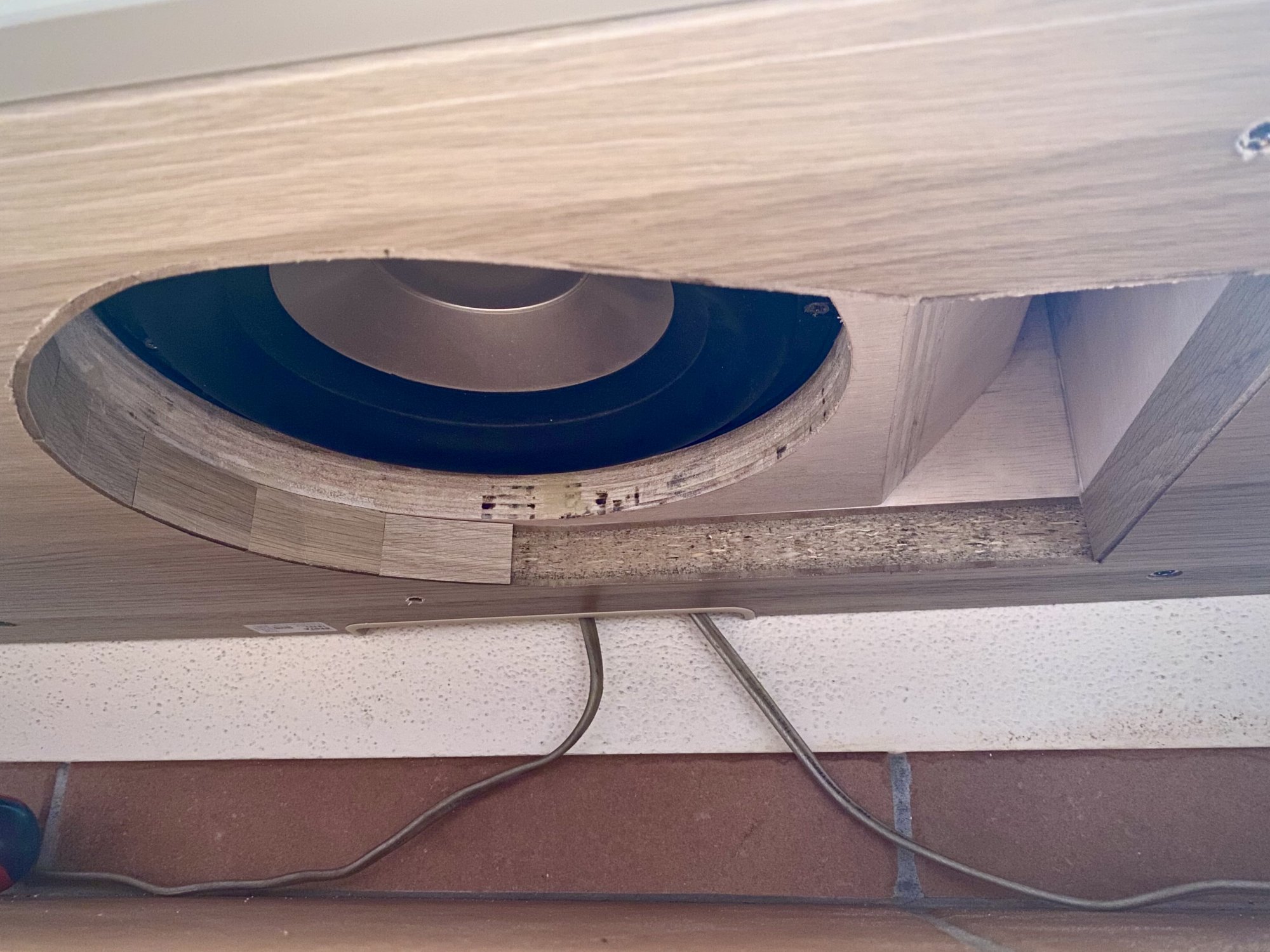 Notice that I reused parts of the cutout to fill up the space between the layers. It’s mostly cardboard, so would otherwise not really make for a decently flat surface.
Do diamonds shine on the dark side of the moon?
A

This is incredible! I wish I had the skills and the work space to do something similar as my living room has several similarily sized cabinets.

How big is your room?
Would you spare your measurements please ?
OP

Harmonie said:
How big is your room?
Click to expand... 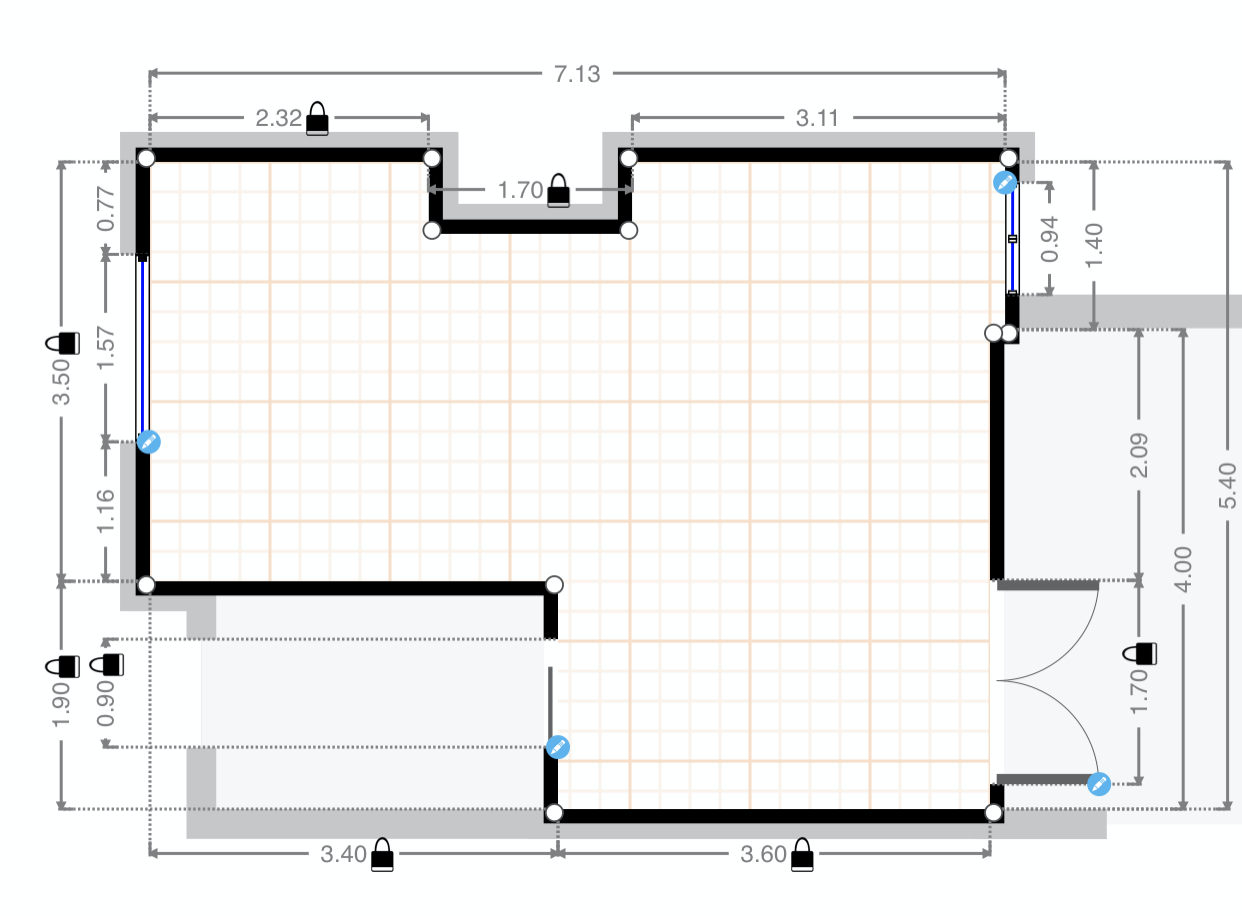 Ceiling is at 3m. Speakers are against the top wall, right side, next to the fireplace in the middle. All plastered brick walls, tiled floor and wood + plaster ceiling. So it's quite an echo chamber

Would you spare your measurements please ?
Click to expand...

I would If I had some decent onces I realy only had time for a quick and crude dial in. I'll need to revisit coming weeks. I'll try to post something then. Hopefully I also already have some accoustic panneling up by then as well.
Do diamonds shine on the dark side of the moon?

Harmonie said:
Thank you.
So your speakers are in the upper right side wall (3,11m) ?
Click to expand...

Indeed
Do diamonds shine on the dark side of the moon?
You must log in or register to reply here.

N
Making my own larger center channel out of my q100

Dual 8" subs for my office