Evening all. I'm looking for advice on the final piece of what will be an all ASR rig. I bought all of the above after consulting both ASR and my wallet, mainly the latter if I'm honest. The new amp hasn't arrived yet, but the DAC and speakers have both delivered in spades, so thanks to all who led me to both.

The final item I need is a streamer to replace the USB lead + Windows Surface Pro combo I currently use.

But before I go into that, the M16 thread mentions the bass hump and has several folk discussing EQ profiles to eradicate it. I would like to integrate some kind of EQ/DSP/Room correction into my system. How can I do that? Is it something that can be done at the streamer end of the chain?

As for the streamer, I'm just looking for a simple way to send Qobuz hi-res to my dac. That's all. I only listen to music via streaming.

If anyone is going to suggest a Pi: are there any pre built ones I can look at? There's a high likelihood I'd solder my fingers together if I went down the DIY route. Also, would the Pi simply plug & play and show up as an endpoint in the native android Qobuz app? I'm not too keen on adding clunky software layers to the process.

I already have a CCA which works within its file limitations, but.... as soon as I put my phone down it shuts down the connection to the Qobuz app, meaning I have to close Qobuz, reopen it, re-search then re-play, every time. A Qobuz issue rather than a CCA one I believe. Still. No.

Are there any more elegant streaming solutions that won't offend my wallet? I had a node 2i several years back, the app was fairly usable, I could live with that kind of thing I suppose, but not at £500. I'd just like to avoid clunky apps and additional layers of software.

I doubt there's an item that does both the streaming and the room correction, but if anywhere will know....

dOSs said:
If anyone is going to suggest a Pi: are there any pre built ones I can look at?
Click to expand...

I'm going to recommend the Pi, especially if you don't want to spend too much, but I don't think you'll find a 'prebuilt' one. However, don't worry, there's no soldering involved in a simple streamer. Just get a Pi4 with 2 GB ram and a case to put it in - there's nothing more to it than closing the case with four screws (assuming you can manage a screwdriver). I'd recommend the FLIRC case but there are cheaper options. You just want a metal case to serve as a heatsink but you don't need a fan. You'll need to subscribe to the 'pro' Volumio version (~30 USD/yr) as that's the only way I know to get Qobuz on a Pi since it's not open source. If you can manage with Spotify (I can't hear any difference to Qobuz) then you don't need to pay for the pro license. You could then use Moode instead, which I prefer to Volumio, but both can do DSP for room correction/headphone correction.
OP
D

bluefuzz said:
there's nothing more to it than closing the case with four screws (assuming you can manage a screwdriver).
Click to expand...

Will a silver plated OFC copper core screwdriver suffice? I burned it in for 40 hours while assembling my shed.

OK. Thank you. You've convinced me. Pi it is. Will order one today.

In terms of software, is there a non-subscription platform which Tidal works on? I use Qobuz but could just as easily go back to Tidal. However, I'm not a fan of Spotify.

Also, could you point me in the direction of some useful DSP software to read up on?

However, it appears that I'd need a screen attached to the Pi to use it?

Or can I bypass that and send direct from my phone after setup?

dOSs said:
In terms of software, is there a non-subscription platform which Tidal works on?
Click to expand...

Not as far as I know. Neither Tidal nor Qobuz support open source platforms. Hence you need the commercial version of Volumio that has 'official' versions of both Tidal and Qobuz. There may be some hacky ways to get them working on a Pi but I haven't delved into that. You can of course Airplay Tidal and Qobuz to both Moode and Volumio but that has its limitations too. I much prefer Spotify to either Tidal or Qobuz and it works via Librespot on many open source platforms, so I stick with that as well as local content from my NAS.

I think, if you are a Roon subscriber you can set up a Roon endpoint on both Moode and Volumio (and other Pi platforms) and get Qoubuz and Tidal that way. But Roon is usuriously expensive and not worth the money IMO, however some (well heeled) people like it.

Another option is BubbleUPnP, I believe but I don't have any experience of that.


dOSs said:
Also, could you point me in the direction of some useful DSP software to read up on?
Click to expand...

CamillaDSP is built into Moode and works very well. Volumio also has some built-in DSP but is generally less stable than Moode IME.

Yes Moode is very good and is generally preferable to Volumio if you don't need the Qobuz/Tidal support (Moode is purely open source). It's simple enough to have a SD card dedicated to each OS and swap cards when you feel so inclined though ...


dOSs said:
However, it appears that I'd need a screen attached to the Pi to use it?
Click to expand...

No you don't need a screen attached to the Pi to use it. Moode can be set up to use the screen on a Pi isf it has one but it's not necessary. Both Moode and Volumio have a built in web-interface.
A

I use Moode on RPi4 via UPnP mode and send the Qobuz stream to it using Audirvana from my computer. It works flawlessly.
Moode has EQ available within it. It's pretty easy to setup as it's all menu driven in the Moode web interface. Use REW to measure, set your EQ in Moode and remeasure with REW until satisfied. Audirvana also has plug-in's for EQ for trying different EQ options. Here's my connections.
Revel F329Be -> P462 Purifi amp -> RME ADI-2 ->RPi4 (Moode) -> Audirvana (MacBook Pro)

I'm now using the Armor case on the RPi4. It keeps it cooler than anything else I have tried. I really like it. Cool and quiet. 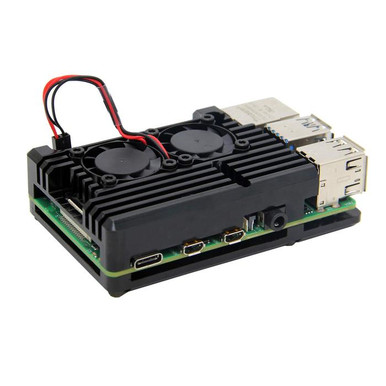 Thank you, Mr Fuzz. That should be enough info to get me up and running. The suggestion to use several sd cards duly noted.

Mr Amper. I'm trying to remove the need for a computer. Just want HRH or myself to be able to use our phones as remotes for an otherwise largely invisible system. Also, don't want to add another monthly outgoing to the expensiveaudiostick she likes to beat me with from time to time. So I'll pass on Audirvana for now. Will refer back to your post once I'm set up and trying to dial in the EQ though. I assume REW is a paid for app of some description? Also, I thought Pi fans were a no no?


Anyone had any experience with this: https://www.picoreplayer.org/

Based on LMS, which I used almost a decade ago. Mentions a Tidal plug in. Might be worth me switching back to Tidal. One for the 'several sd cards' I think.

I use Roon now, but used to use Moode Audio, streaming Qobuz via the Bubble UPnP app on my android phone. Streaming Qobuz this way incurs no additional fee. There's a small upfront cost for the Bubble app, but everything else is free (apart from the Qobuz subscription).

Setting up an RPi is pretty straight forward. You definitely don't need a screen. As it's networked, you can control everything from PC/tablet/phone.
P

However, it appears that I'd need a screen attached to the Pi to use it?

Or can I bypass that and send direct from my phone after setup?
Click to expand...

You could use your phone or if you have your TV nearby you could mirror the pi desktop to it vis HDMI cable, use a usb dongle remote keyboard and have something completely controllable from your listening chair.
B

dOSs said:
I assume REW is a paid for app of some description?
Click to expand...

No, REW (Room EQ Wizard) is free for non-commercial use.

dOSs said:
Also, I thought Pi fans were a no no?
Click to expand...

If you're doing something really strenuous on your Pi then a fan is good, but a simple streamer like Moode/Volumio doesn't tax it much. My Pi4 in a FLIRC case doesn't get noticeably warmer than room temperature even when using DSP.
OP
D 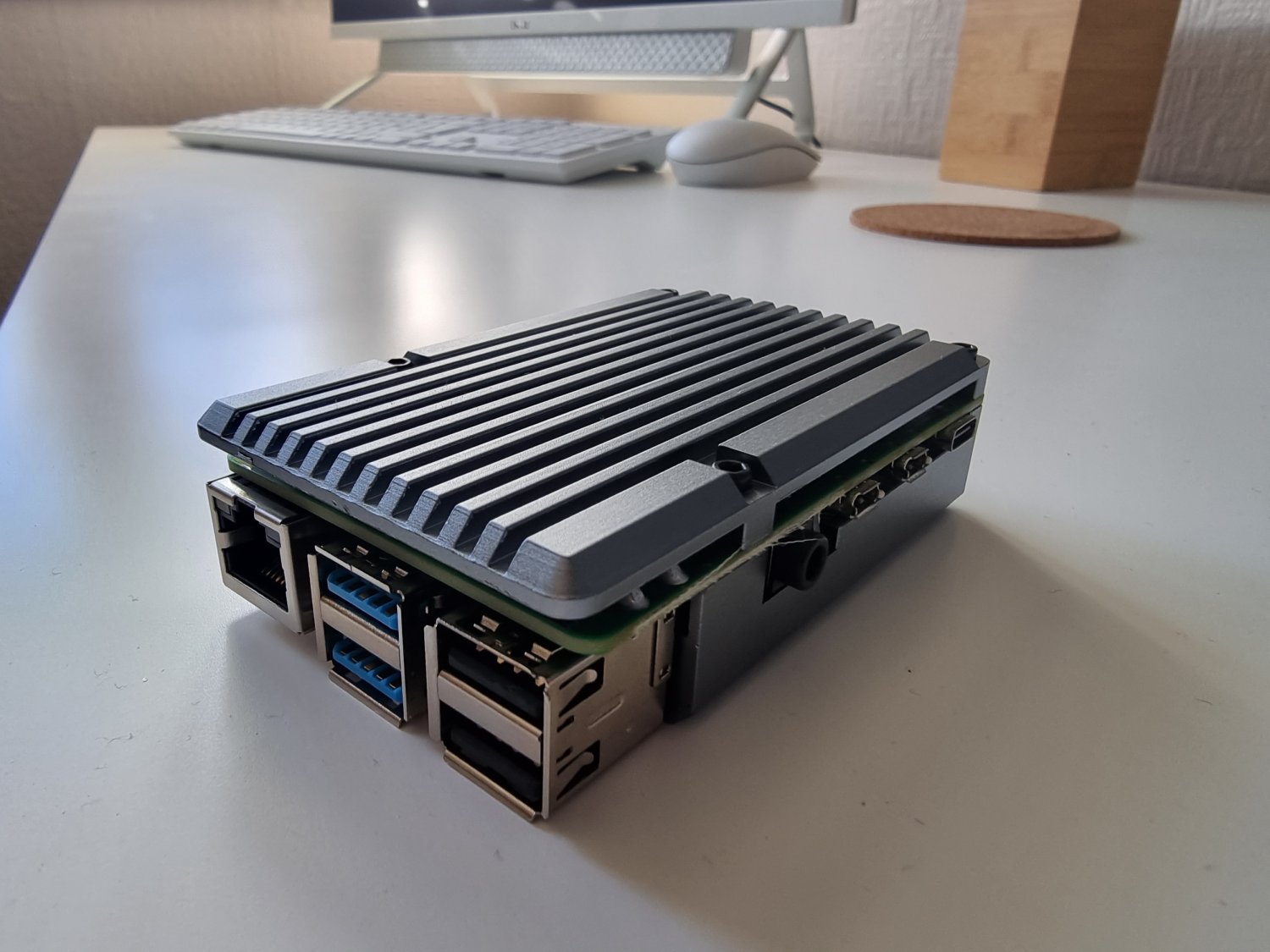 I'm veering away from options involving BubbleUP. It means I'd need to buy it on all devices, explain usage to all, adds another layer and all feels a bit too clunky.

I think I'll follow Mr Fuzz's initial suggestion and pay for the native support within Volumio.

In case anyone else is reading this in the future, I found the below video (made by the most bored sounding man on earth) very useful.

I use LMS to access Qobuz without any charges or clunky workarounds like BubbleUPnP. The Material Skin is, IMO, significantly superior to Volumio and Moode’s UI. PiCorePlayer supports both LMS and Squeezelite on a Pi 4, or even on the new Pi Zero 2 W. 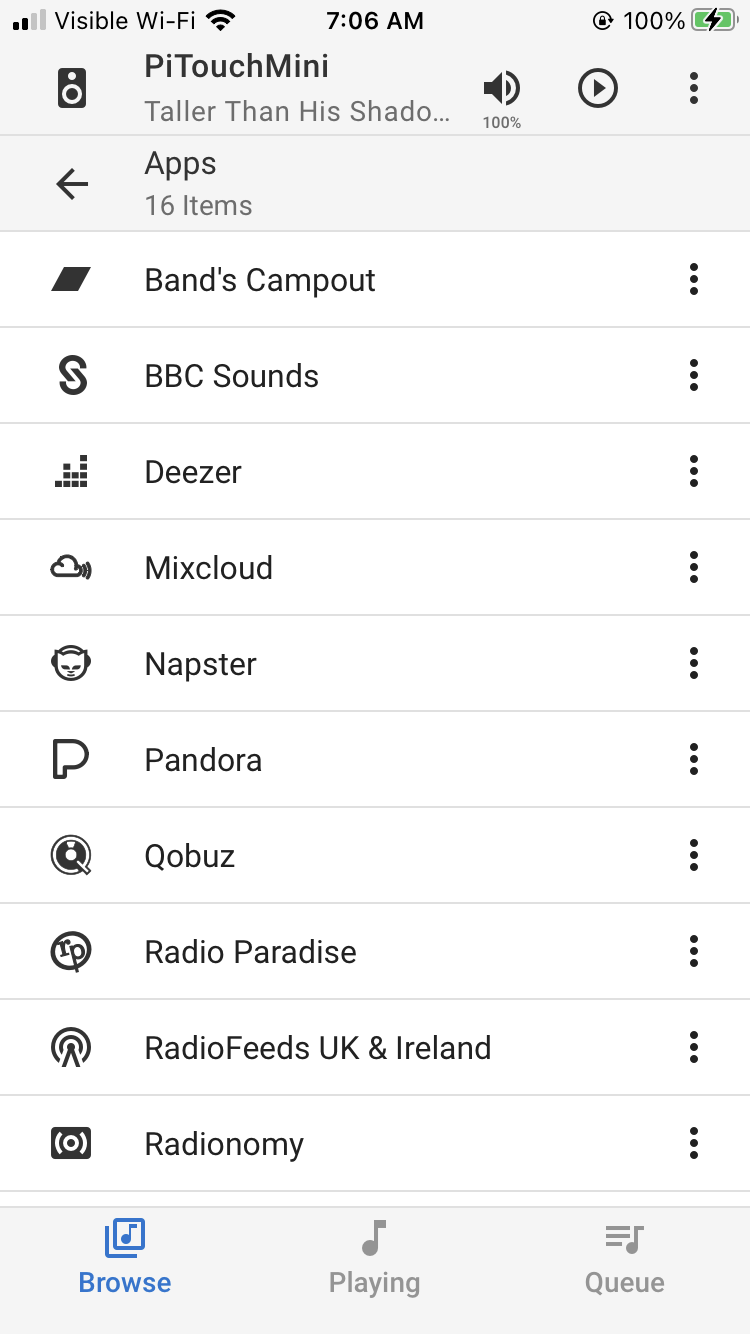 Thanks Ralph. That looks like a winner. Does it support Qobuz full hi-res content? I thought I'd read that it was limited to 16bit 44.1 but I've read so many things the last few days I've probably confused myself.
R

dOSs said:
Thanks Ralph. That looks like a winner. Does it support Qobuz full hi-res content? I thought I'd read that it was limited to 16bit 44.1 but I've read so many things the last few days I've probably confused myself.
Click to expand...

Currently wishing I'd remembered to click the fast format option before formatting the card.
OP
D

Hmm. The inevitable has happened. 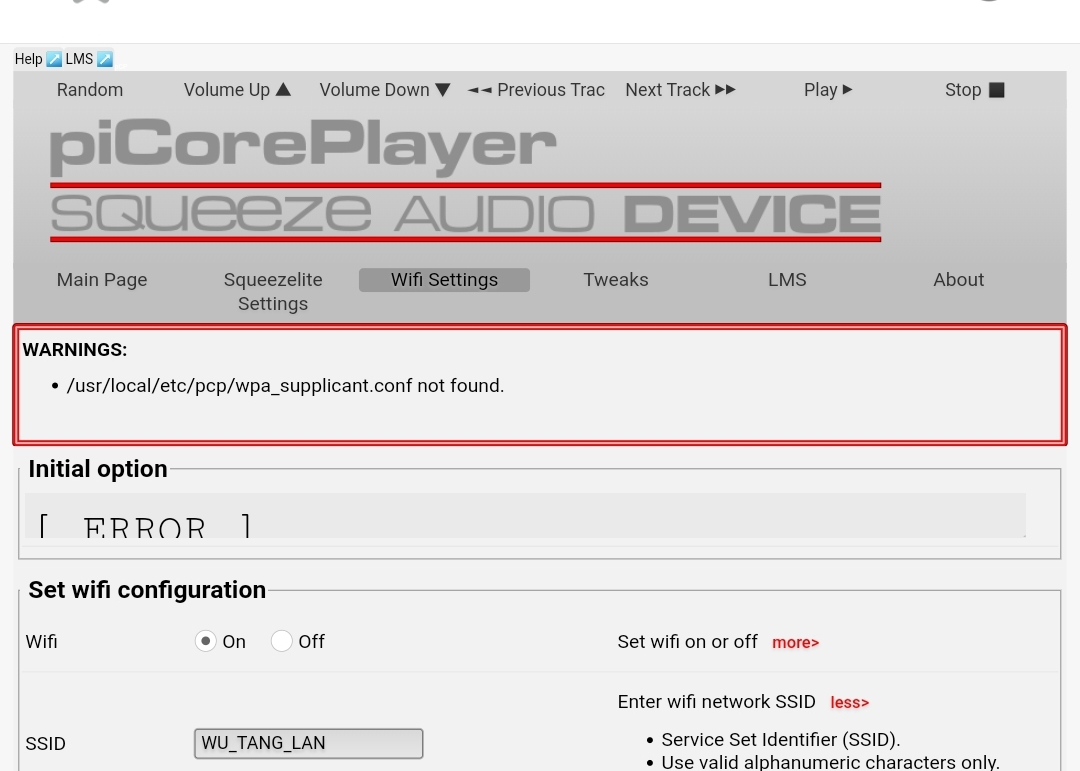 Managed to get it installed but something isn't right. Kept seeing Network Not Found when I attached a screen to the Pi. But I can access it from my phone when it's wired to the router, as per pic. Have manually entered my WiFi details.

When I log into the LMS site it says I have no players connected to my account, pressing scan shows up nothing.

Think I might wipe the card and start again in the morning.
A

You won't have that issue with Moode. It lets you put the wifi SID and password in the web config.
Verify your router shows the RPi4 on it's network map and make sure Mac filtering is turned off. Having the RPi4 connected via ethernet when setting up the wifi configuration is the easiest way to get started.

bluefuzz said:
Volumio also has some built-in DSP but is generally less stable than Moode IME.
Click to expand...

I think someone mentioned that Camilla is baked into Volumio now?
You must log in or register to reply here.

D
Can I get EQ into my rig?