I've just put this cheapish system together for my 10 year-old, who's really getting into music (grade 5 piano, synth player with band at his school... loves Michael Jackson!):

- iFi Zen Stream (to stream lossless from Roon, or directly from Qobuz)
- SMSL DO200 DAC (volume control and source selector)
- old Sony Blu-ray player (he wants to start a physical CD collection to impress his friends... not looking forward to when he decides a vinyl collection would be even more impressive!)
- JBL 305P mkII speakers

I have to say that the SQ really is very good for the money (just a tad over UKP 1000, not including the old Blu-ray player).

Downsides:
- getting wifi to work on the iFi was a pig to set up (for a long time, the iFi app on my phone just wouldn't recognise our home wifi network)
- switching between sources on the SMSL isn't great (maybe better using the remote, which I haven't tried yet)
- there is a resonable amount of hiss emanating from the JBL tweeters - not really audible a couple of metres away from speakers

There's some stonkingly good gear out there that sounds great and doesn't cost the earth. A massive thanks to @amirm and all at ASR for bringing a lot of this gear to wider attention.

We are indeed blessed with a lot of very good budget gear. The sound quality of high end gear has not improved that much over the last few decades (apart from the introduction of digital sources), but the budget end has improved enormously. My personal best buy for somethng even cheaper would be a Chromecast Audio, using its pretty decent analogue output, into a Yamaha AS201 integrated amplifier playing through a pair of Wharfedale Diamond 220s. Current total cost would be just over 400 euros from major stores in the Netherlands (199 euros for the AS 201 and 158 euros the the Diamonds, plus some 50 euros for an old stock CCA).
Going up to a higher level, I would opt for the Yamaha AS 701, sporting both analogue and digital inputs and quite a bit of power (sadly now more expensive at 650 euros) and Elac DBR 62s (again, currently more expensive than before at 500 euros a pair). Combined with a CCA this would cost 1200 euros. A more minimalist alternative would be to use a Sonos AMP at 800 euros in the Netherlands, for a total cost of 1300 euros.
What does it in these cases is that excellent electronics do not have to cost that much anymore, and that budget speakers have improved enormously. And all three manufacturers of this gear are reputable ones with a long tradition and selling their stuff through mainstream outlets.
M

great little system for anyone. At ten years old I had to make do with one of these (until I was about 17 in fact): 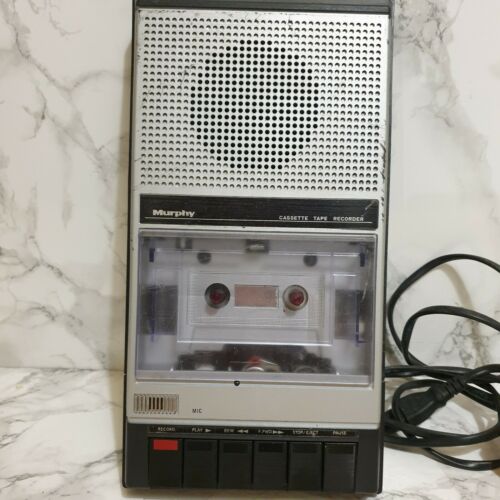 this means that next year i might have to set up something!
Well so far i have this that gives me pretty good results in my balcony, always at low volume:

Total cost ca. 180 euros (exc. the speakers). This winter i will give this a try in his bedroom, let's see what he does with it. If i see he uses it, might upgrade to newer speakers.
OP

Willem said:
And all three manufacturers of this gear are reputable ones with a long tradition and selling their stuff through mainstream outlets.
Click to expand...

I understand where you're coming from. I have to say though that all the gear I've purchased online in the past (usually through Amazon, eBay, Thomann, and the like), has been totally reliable (to date, at least). I have a Topping T60 amp that I bought online some 10 years ago, which is built like a tank and still works perfectly.

Mart68 said:
great little system for anyone. At ten years old I had to make do with one of these (until I was about 17 in fact):

I've got to keep my 10 year-old away from compact cassette at all costs ;-).

Yes, that's always the concern. It's why I went for pretty decent gear - if he doesn't use it, I can find use for it elsewhere in the house.

R-N line Yamaha from now or even couple years back discontinued models and decent enough speakers and if you are willing enough to forget about esthetics you can even use good cheap wall mont professional speakers.
I run into 4x Panasonic Ramsa WS-AT80e in a good shape before couple of days for 250€. They have two dips to adres (in a ±3 range) but other than that they are overall good (8 Ohm's 80W 92 dB LPS @ 1m/W) other than that they can not go really deap (under 70 Hz [45~50 additionally sloped digital]). Didn't get them for their aesthetics.
OP

Having gone fully active in my two 'real' systems, I've become a firm believer in the benefits of active speakers. Couldn't live with the looks of those Panasonics though .

The JBLs I bought for my son cost UKP 250 for the pair. Two amps built in. Sound really, really good. I'm not too keen on the looks, but he likes them... a lot.

I've got a ton of equipment stashed away, one justification was that when my nieces and nephews are old enough and express an interest I can give them a system.

Time has passed though and the oldest is 13 this year, still nothing. Now starting to wonder if they would even want a 'traditional' amplifier and speakers.

At 15 If someone had offered me a decent separates system (and I'm talking Sony ES and the like here, not some cheap tat) I'd have asked 'Who do I have to kill?'

Sometimes it's a shame that the world moves on.
OP

Mart68 said:
Sometimes it's a shame that the world moves on.
Click to expand...

Over the weekend, I walked into my son's room and he was listening to this:

I said, "Ru, would you like a real system to play your music on?" The look on his face was priceless. Ordered the speakers and DAC on Monday (already had the streamer and Blu-ray). Had everything set up by early Tuesday evening.

@Mart68 well that's how we stand today regarding young population pair of TWS IEM's for 100€ and Spotify mostly.
@manisandher no offence I appreciate durability and choosing speakers (solo) to my own likings. There are of course great active speakers (all around) but those ain't cheap.

Very nice little system that could put to shame many systems costing much more. That's quality sound. Congratulations to you both!
There ain't no Coupe deVille hiding at the bottom of a Cracker Jack Box. - Meat Loaf

manisandher said:
Over the weekend, I walked into my son's room and he was listening to this:

I said, "Ru, would you like a real system to play your music on?" The look on his face was priceless. Ordered the speakers and DAC on Monday (already had the streamer and Blu-ray). Had everything set up by early Tuesday evening.

I did put a packaage like that for a son of a friend for his 8th birthday (the present from his parents) a while ago. The goal was less than 500€ budget, good enough to play hiphop like it should (parents and son love oldskool hiphop) and he is using his game pc (as he is a gamer) as source off music.

I took a Topping DX3Pro (HP amp/Preamp/Dac) and a pair of active JBL 308MKII's and some cabling, total price about 475€. And now he has a headphone amp (he already had a Beats HP) also so he can also game with his headphone in stead of annoying his family with game sounds...

And the father bought a few weeks later the E30 Dac (was using an old serato interface) for his own hifi system, as he was a bit annoyed that his son had a way better dac than he did...
Last edited: Jul 11, 2022
OP

Waxx said:
I took a Topping DX3Pro (HP amp/Preamp/Dac) and a pair of active JBL 308MKII's and some cabling, total price about 475€.
Click to expand...

I considered the 308s too, but decided they'd be too big for my son's bedroom.

The DO200 DAC was the only SMSL I could find that was in stock at the time of ordering. If I were ordering today, I'd go for the DO100 or D-6 I think, both of which seem to be in stock in the UK, and both of which would do the job perfectly well.

I mainly listen to music, not to sound systems. I had two cassette players too, one from my cousin, the other from my sister.

Mart68 said:
great little system for anyone. At ten years old I had to make do with one of these (until I was about 17 in fact):

I had one of those to load my computer games
You must log in or register to reply here.