Following up to my Day 1 Impressions, today I spent more time exploring 'new and exciting stuff'.
Full Gallery here. Pardon the Potato Quality of Photos, they are snapshots from my el-cheapo action cam.
I'd be keeping this a bit more brief from the last one, as I went through quite a bit of stuff and would only talk of those which stood out to me.

Spirit Torino Twin Pulse and Superleggera - Very full-bodied sound with an overall dark and non-fatiguing signature. There was a 'thump' to the bass that I could actually 'feel' in the Twin Pulse, it was moving the sides of my ear (air pressure over sound signal is my hypothesis). I would consider these to be an exceptional product of engineering with the isobaric design, though they certainly aren't suited for all kinds of music. The smaller Superleggera was truly a 'lite' version of the Twinpulse, they did keep to their house sound.
Oh, where these completely miss for me is comfort. The pads (if I could call them pads) are rings of stiff foam. The weight distribution is decent, but it starts getting hot and uncomfortable at different points of the ear after a while. 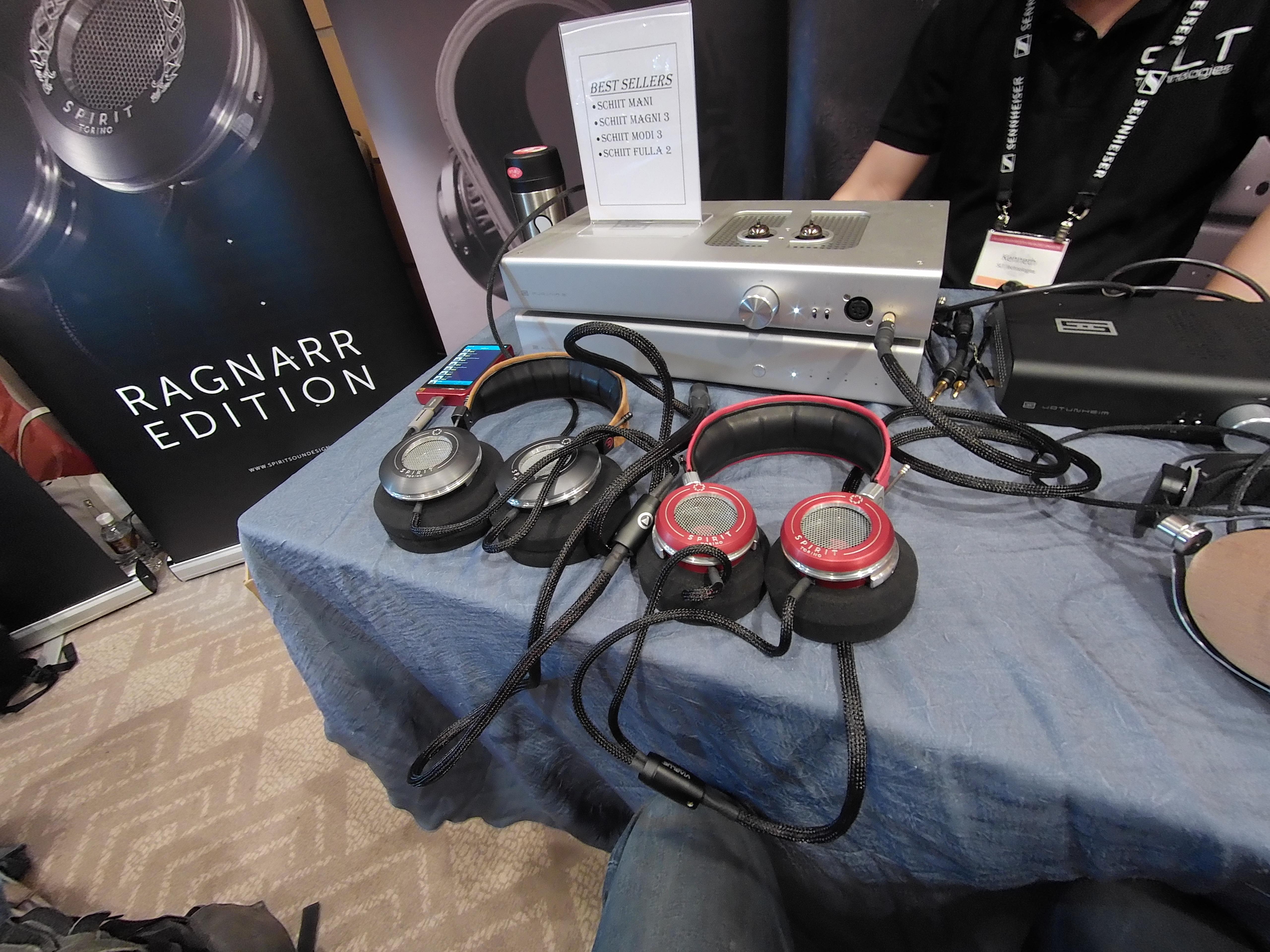 Kurada P1 and Q1 - A Japanese boutique brand, I was very impressed by the P1 (pictured below). They are dynamic drivers which sound like being midway between Sennheiser and Sony (if that makes sense). I had expected, given the very open nature, that the bass impact would not be as visceral, but it was impressive and not boomy at all. And the soundstage - oh, these outdo the K1000(fight me) and were possibly the best soundstage I had ever heard till date ( spoiler, that feeling didn't last long). Unfortunately, the imaging left a bit to be desired (which could also be due to the fact that I am listening to these on a crazy tradeshow floor).
The comfort was out of this world. These are basically well engineered near-field small dynamic speakers floating around your ear suspended from the armature (the picture says everything). 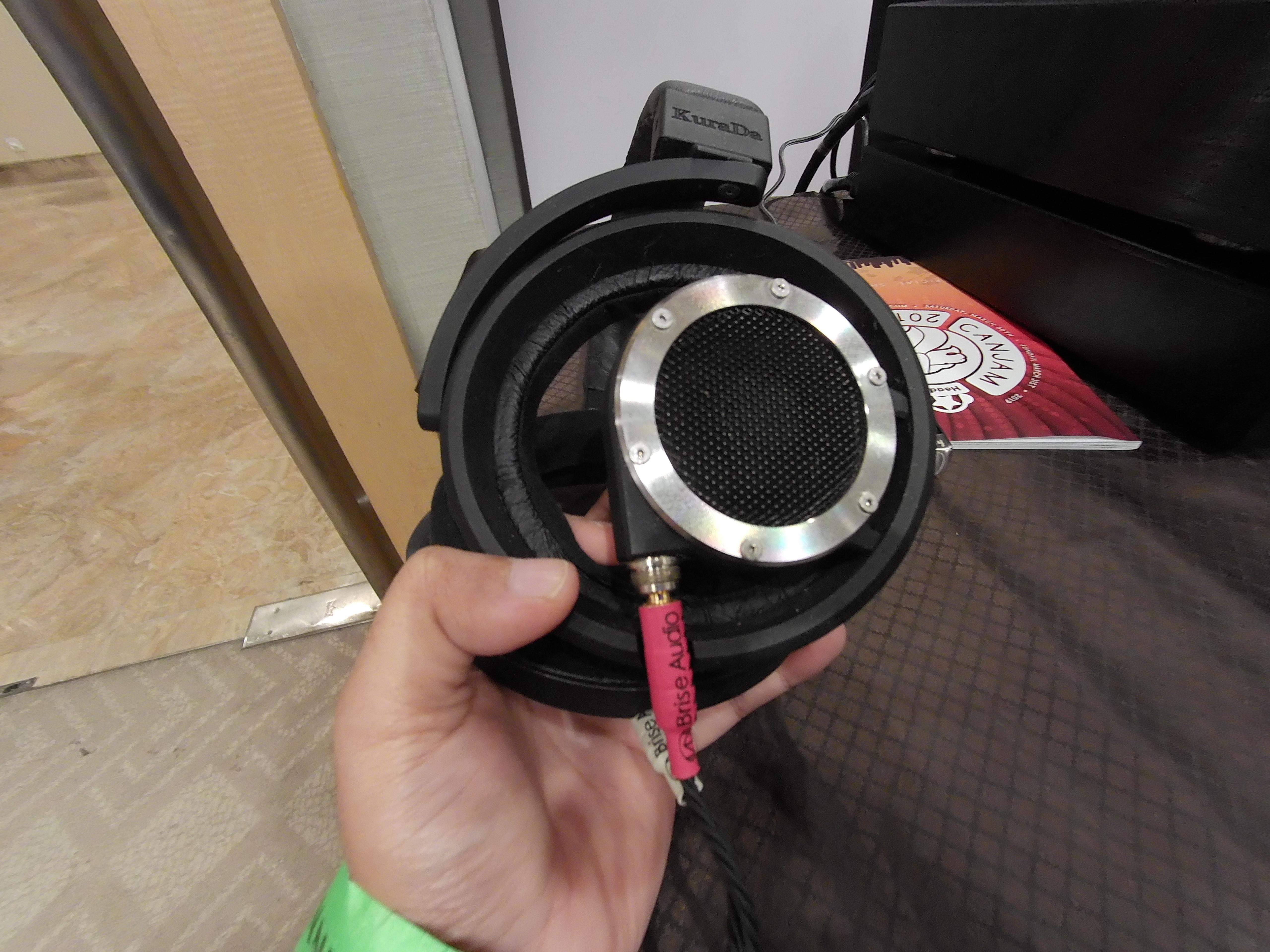 Kurada P1
Rosson Headphones - Alex Rosson was manning the booth himself but was busy talking to quite a bunch of people, so I couldn't get to pick his brain behind the design.
I had expected an Audeze-esque tonality, to be honest. Was greeted with a very Hifiman style tuning (HE-5 ? Don't quote me on that). There is nothing wrong with them, but nothing stood out to me either. I feel that if I would have just heard them in isolation and not run through the other tons of gear in the event would have made me appreciate them more.
Comfort is on point, heavy though.
As expected, the key standing feature is design. My potato camera didn't do justice. 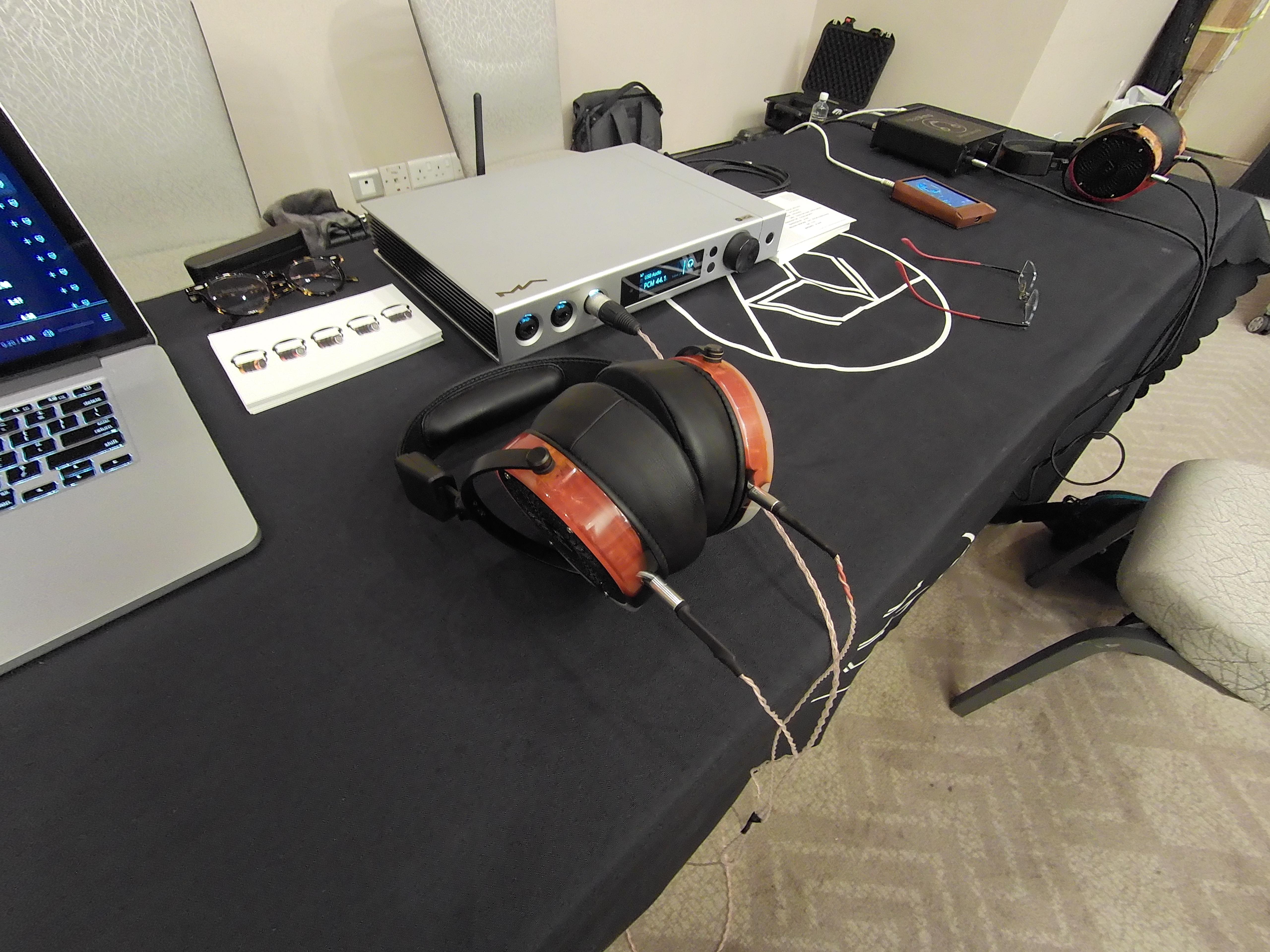 Abyss Diana Phi and 1266 -I didn't like any of the two. The Diana seemed better though. This is the best testament to preferences being key in headphone choices (don't extend this logic to source).
These do one thing well - transients. If I didn't know better, I would have expected the 1266 to be an electrostat. The Diana Phi felt very close to an LCD3 to me - This was running through a solid state and my overall experience was one of it being clean, inoffensive, very linear FR, nothing standing out.
There is a chance that the show exhibitors messed up. They were running the 1266 through tubes (A WooAudio one IIRC) and that might have been a key reason for my poor experience overall. Shows how you need to pair stuff properly.
Comfort and Build - Extremely comfortable and well designed+built. No faults found here. 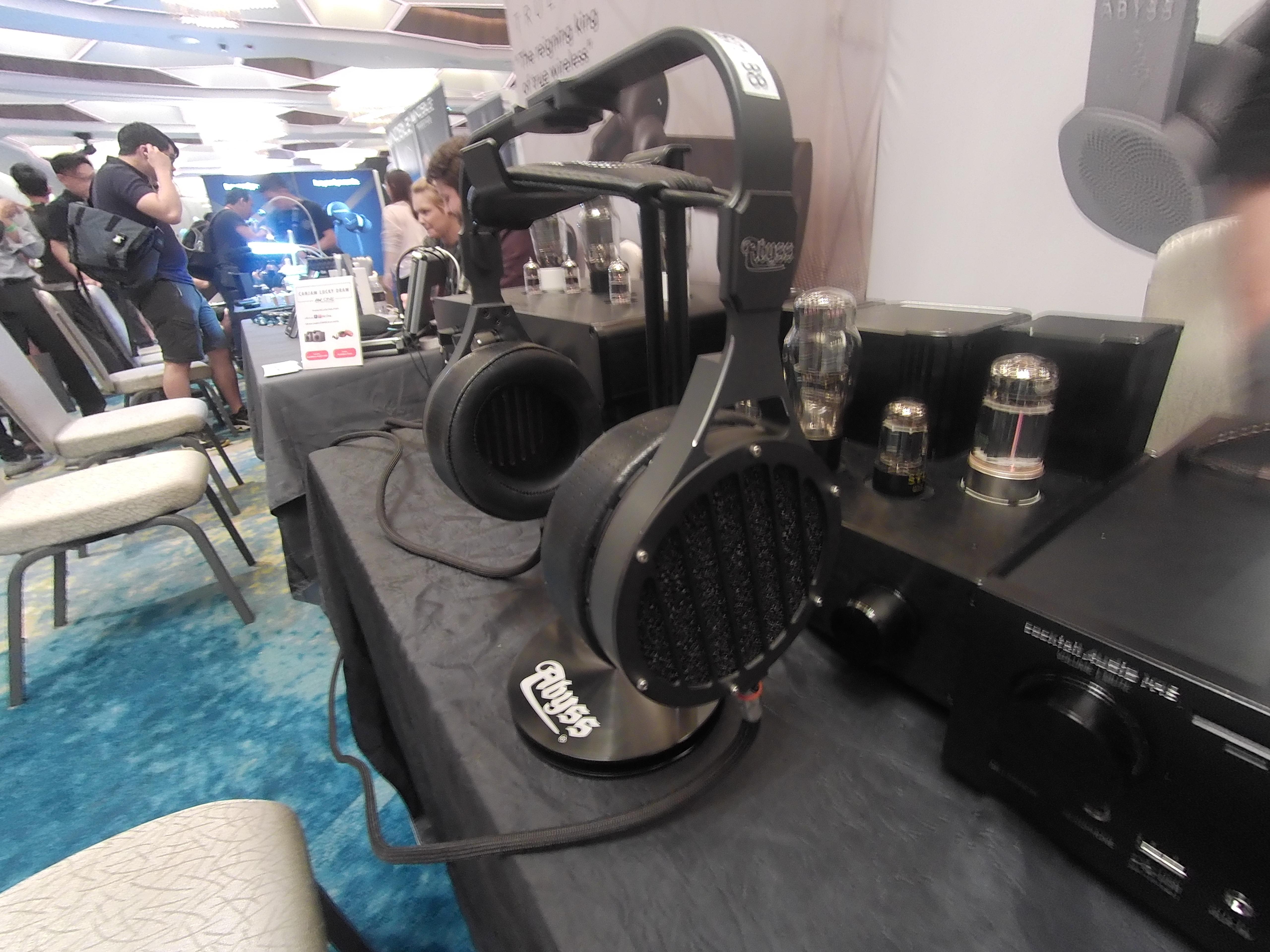 Sony Z1R, IER-Z1R and M9 - Ah, the Sony tuning- love it or hate it, I am pretty sure most folk would be aware of what I am talking of. Sony was my first foray into this audiophile world - I still recall how exceptional the headphones that came with my Walkman phone were (they were MH755 OEM variants) and I spent years chasing down that quality with other budget /not-so-budget IEMs. Granted IEMs have come a long way since then, but Sony's products are proof of how price doesnt equate to performance.
I tried the flagship Z1Rs (both the IEM and closed back Overear) and left feeling nostalgic and impressed. The SS is not for everyone, but no one does bass with Dynamic Drivers as well as Sony does, consistently, over its entire range.
The BA designed M9 IEM was lacking a bit of the 'oomph' that I felt with the Z1R, but was quite enjoyable in tonality overall. If you are buying Sony, do it for the bass over anything else.
The DAPs were feature packed, but if I didn't add any DSP like XBass etc, dont sound any different to me. You would be well served by picking up any one of them if they meet your power/connectivity requirements. 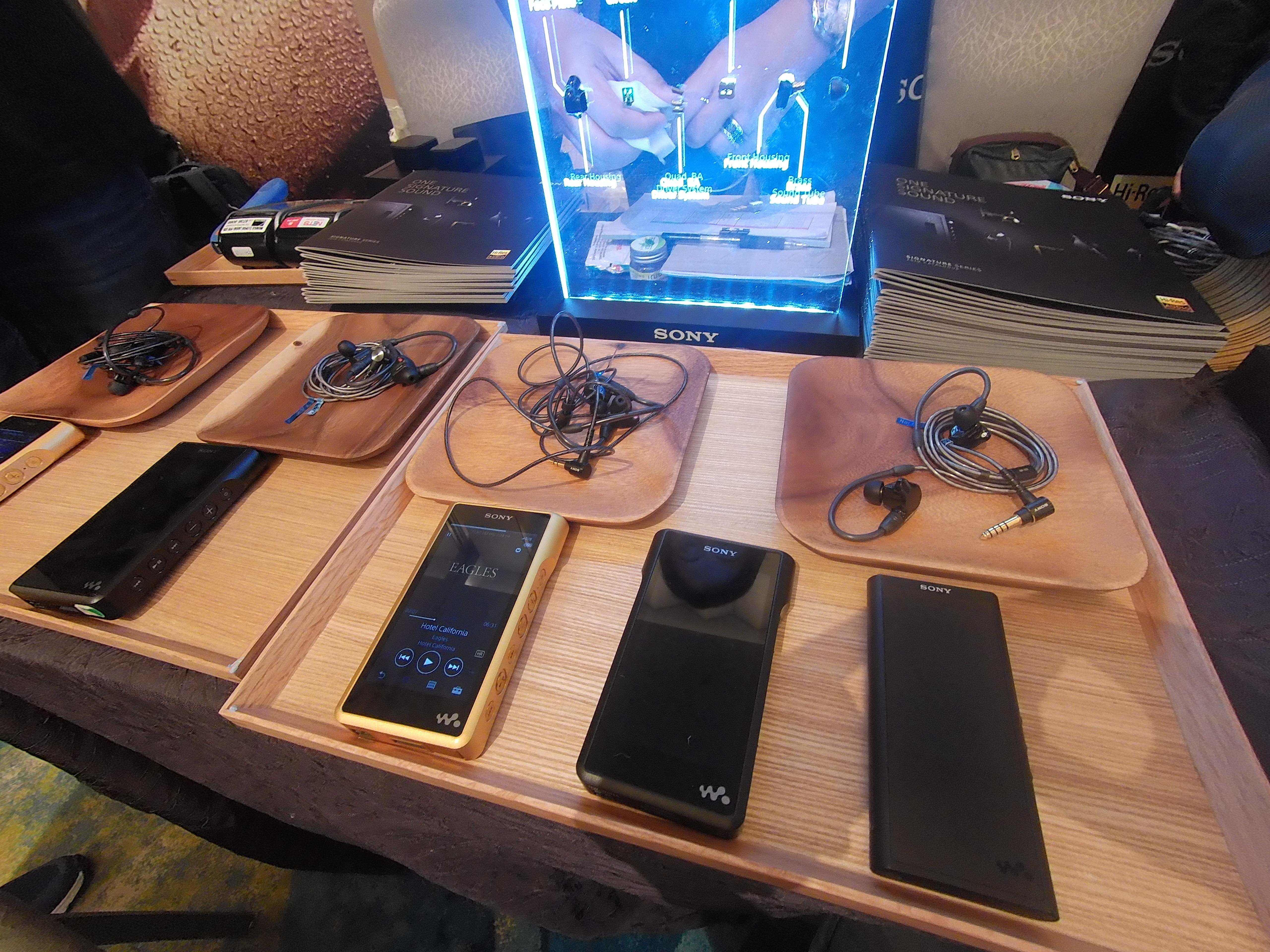 I've gotten to a point of IEM fatigue - see here. Thus, I did go through a few companies like QDC and Westone, but everyone is already aware of their quality and signature. Didn't find anything out of the ordinary. They are all great and someone better like Crin should be the referring entity for those.

Among the IEM crowd, what stood out to me was Moondrop ( they take their tuning seriously, sticking to the Harman reference)
Moondrop KXXS and Reference(not sure of the name) - The KXXS is the spiritual successor of the Kanas Pro, though I was hard-pressed to gauge what was the 'improvement'. They didn't have a Kanas Pro at hand for me to A/B so going by memory the best I can say is that the Imaging has seen a bit of improvement (maybe?)
The Reference Model was another story. It was a whopping 2700$ - but it does hold its ground against other high-end players - like the Anole and the U12t. IEM enthusiasts should seriously check these out. 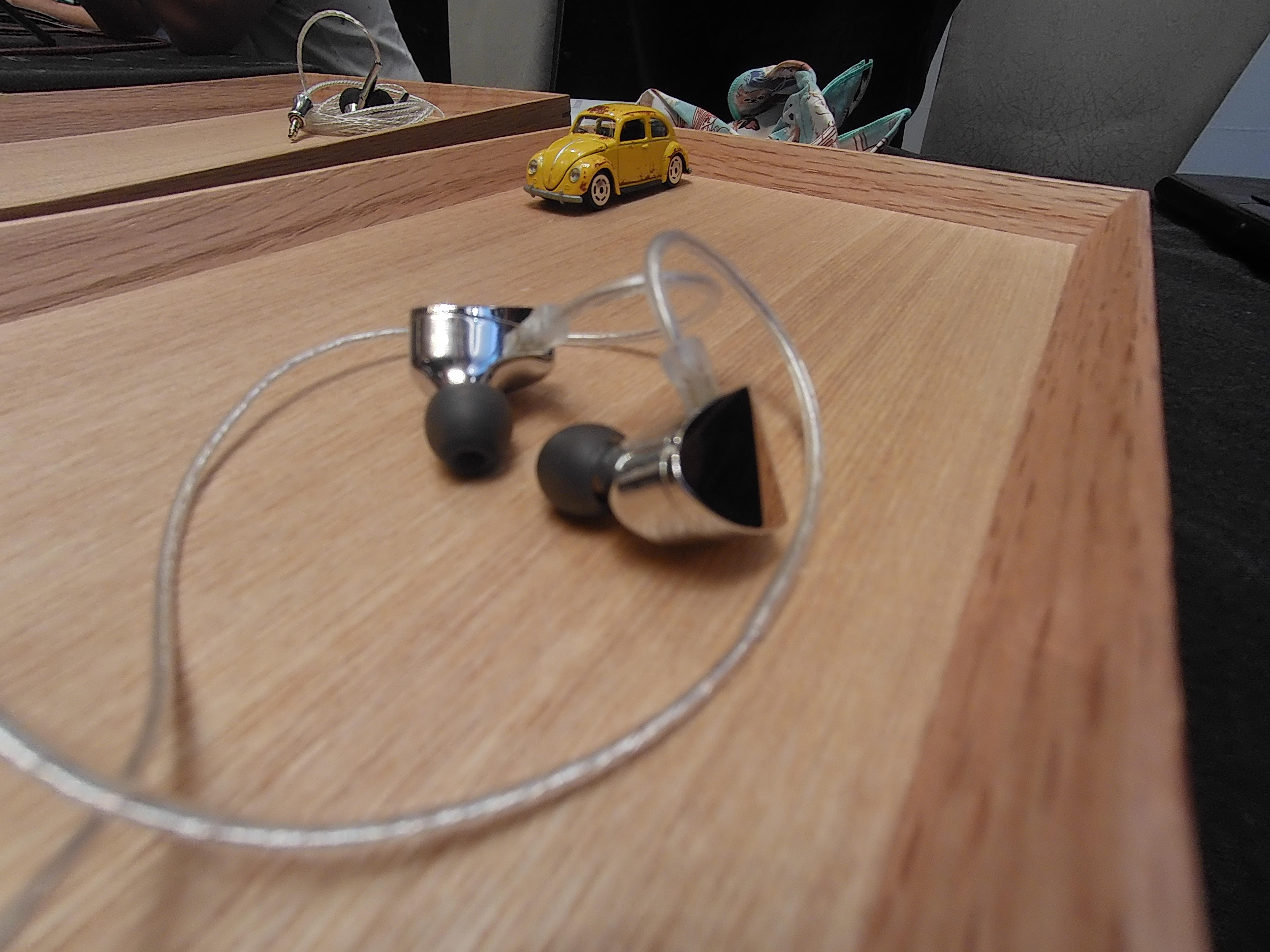 I do not like or believe in gimmicks. When I saw the posters, I was thoroughly of the impression of these being hype and nothing else. Boy was I wrong.

Raal SR1a- Quite literally, Near-field optimized ribbon Speakers hanging from your head. Tis' true - they run off a speaker amp, they look like ribbon speaker diaphragms, and most importantly SOUND LIKE RIBBON SPEAKERS IN A WELL-TUNED ROOM.
The tonality is spot on (maybe slightly bass lite). The soundstage and imaging are just something else. After the Kurada P1, I was impressed and thought that was finally soundstage done right. This is an experience unlike any other I've had (note the stress on the 'experience').
The exhibitor started me off with a binaural track - damn, I have never experienced binaural like this before.
This was a true concert hall experience. I tried a couple of my tracks, they did well. I am not certain if poorly mastered tracks would fall flat, that needs more critical listening.
The comfort of the strap is great, but the thing is just too damn awkward to be used for anything except critical listening sessions sitting in your den with a glass of whisky. And it is for this reason alone, they don't become my top TOTL cans on my wishlist. 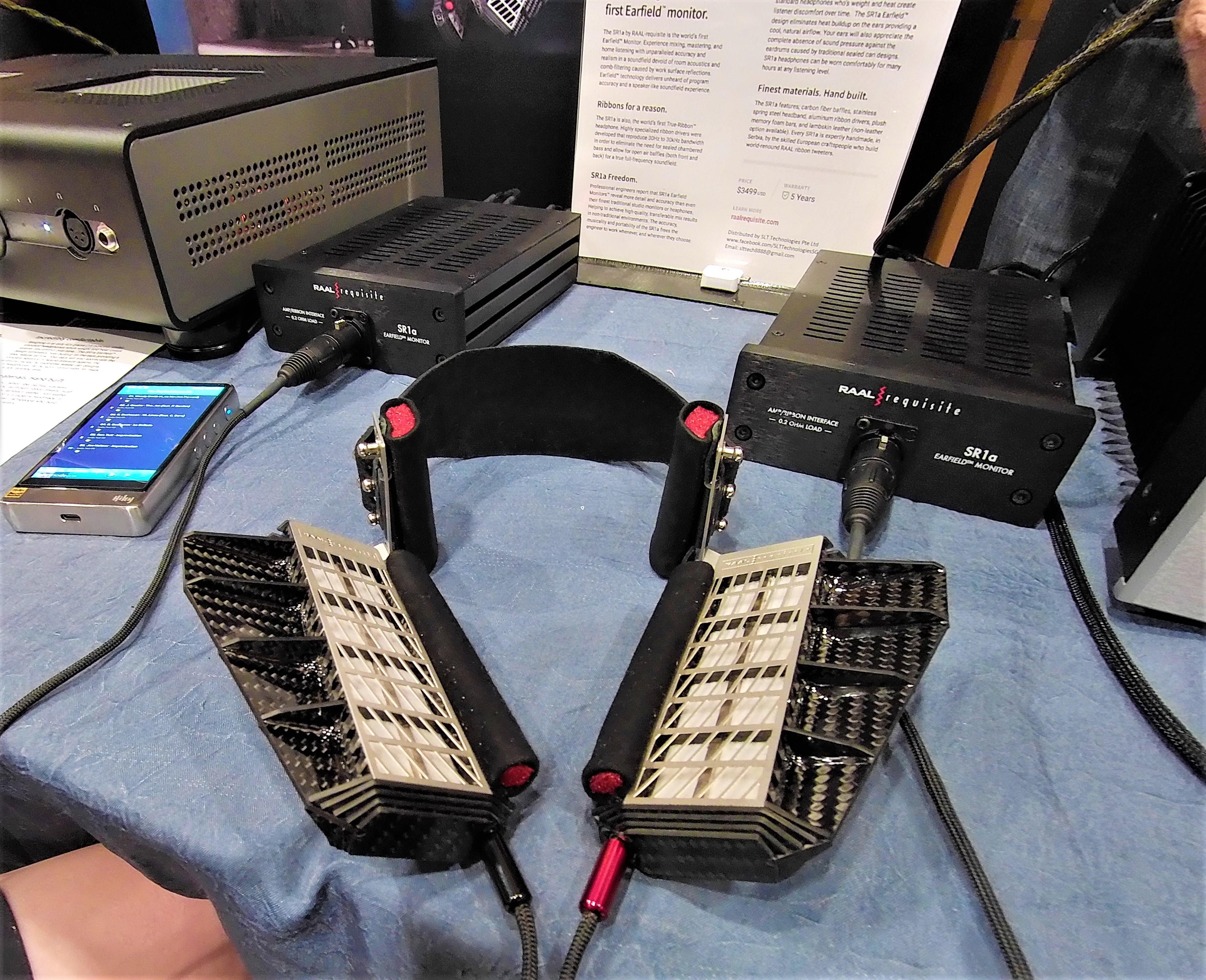 I tried the RAAL, it is something that needs to be experienced to be appreciated.
I concur, it does sound like listening to speakers in a well tuned room albeit with slightly underpowered bass.

According Kenneth, one of the guys demoing the Raal, it actually comes with a strap that goes round the back of the head for more secure fit.

If anyone has a chance, give them a try.

As for Abyss Phi, I was joking with the AV-One guys that I need a stronger neck to wear that thing for any extended period of time.

From the photo above, I assumed the RAAL would be worn much as they appear on the table.

Splayed a bit, with an angle toward the ears from the front, like stereo speakers.

I looked for a photo to confirm, and was disappointed. 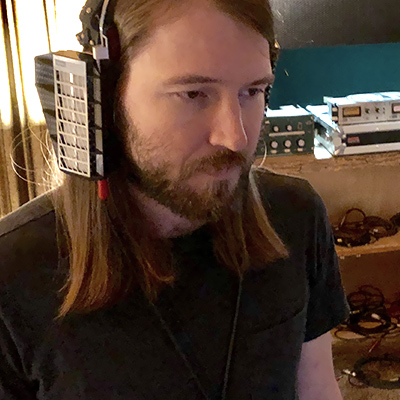 The table photo shows it splayed open. They can be turned inward closer to the ears.

The guy in the photo probably is wearing it a little more splayed than most people would.

Here are some additional picts posted by a Head-fi member over at their forum:

Kind of reminds me of the Stax Sigma from 1977.
https://images.app.goo.gl/6gkAZBpqCVjir6us6

DuxServit said:
Kind of reminds me of the Stax Sigma from 1977.
https://images.app.goo.gl/6gkAZBpqCVjir6us6
Click to expand...
The AKG K1000's imo. 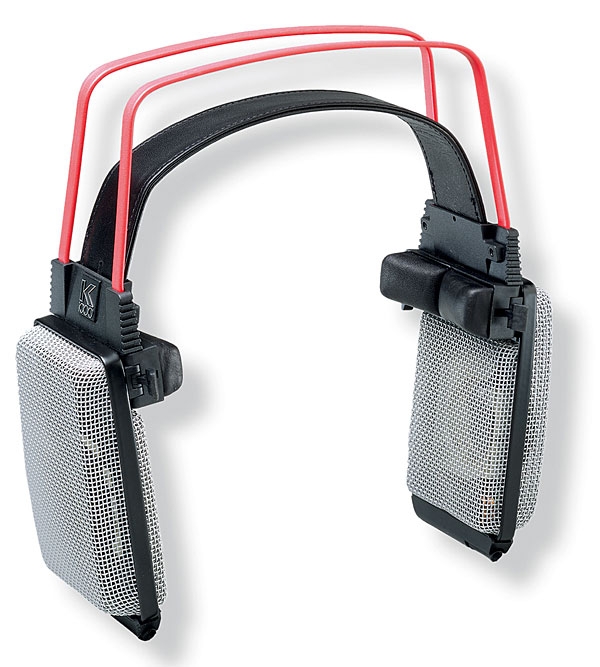