TEAC HA501 is a solid and heavy piece with nice brushed aluminum face that can act as a headamp or a pre-amp. Described as "fully dual-monaural" and class-A, this should have a certain appeal to audiophiles.

I know Amir measured this unit before and I tried to repeat his measurements at that time with also not very stellar results. What's interesting this time is that I first measured a lot of distortion and noise at the output, including a significant 60Hz mains component. I then switched off the unit and to my surprise most of that noise was still there! This was with the TEAC and the Apogee plugged into different AC outlets. When plugged into the same outlet the noise all but disappeared. This resulted in a much cleaner output, with the unit turned on and off. Lesson learned: try to turn off the DUT to see if distortion is not caused by the device!

This time, the measurement results were much better than earlier in the year, and what's even more strange, the harmonic content and balance are also different. I don't have an explanation for this, other than maybe the elimination of some ground loops changed the results. Any suggestions or explanations are welcome!

As usual, this was measured with Apogee Element24 and REW software.

Maximum output measured at the headphone jack was 11.4v, line out fixed at 2.85v, channel cross-talk at 1kHz was good at around -108dB. 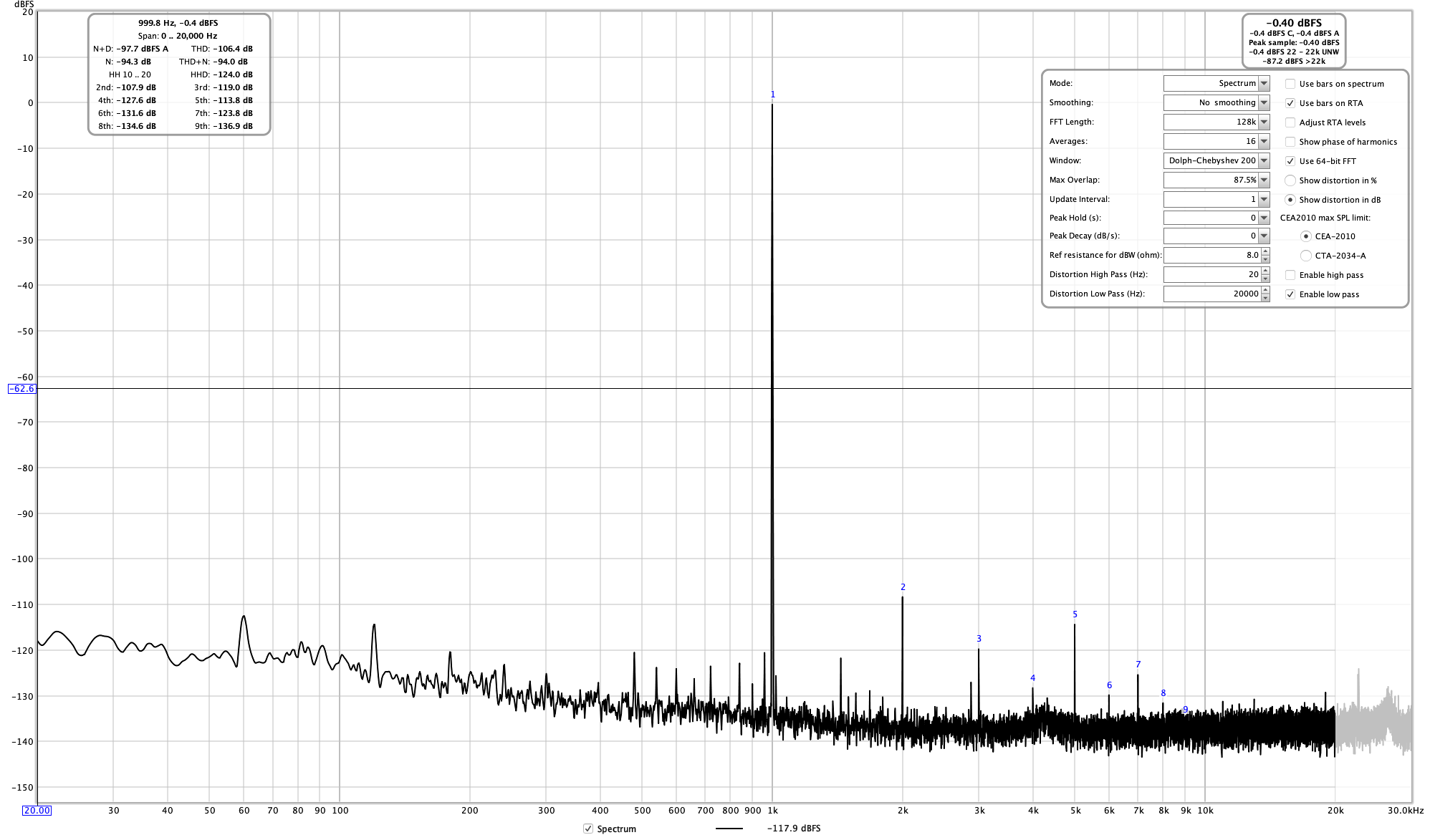 1kHz THD from line out at 2.85v appears to have some of that ground noise I saw earlier, but at a much, much lower level: 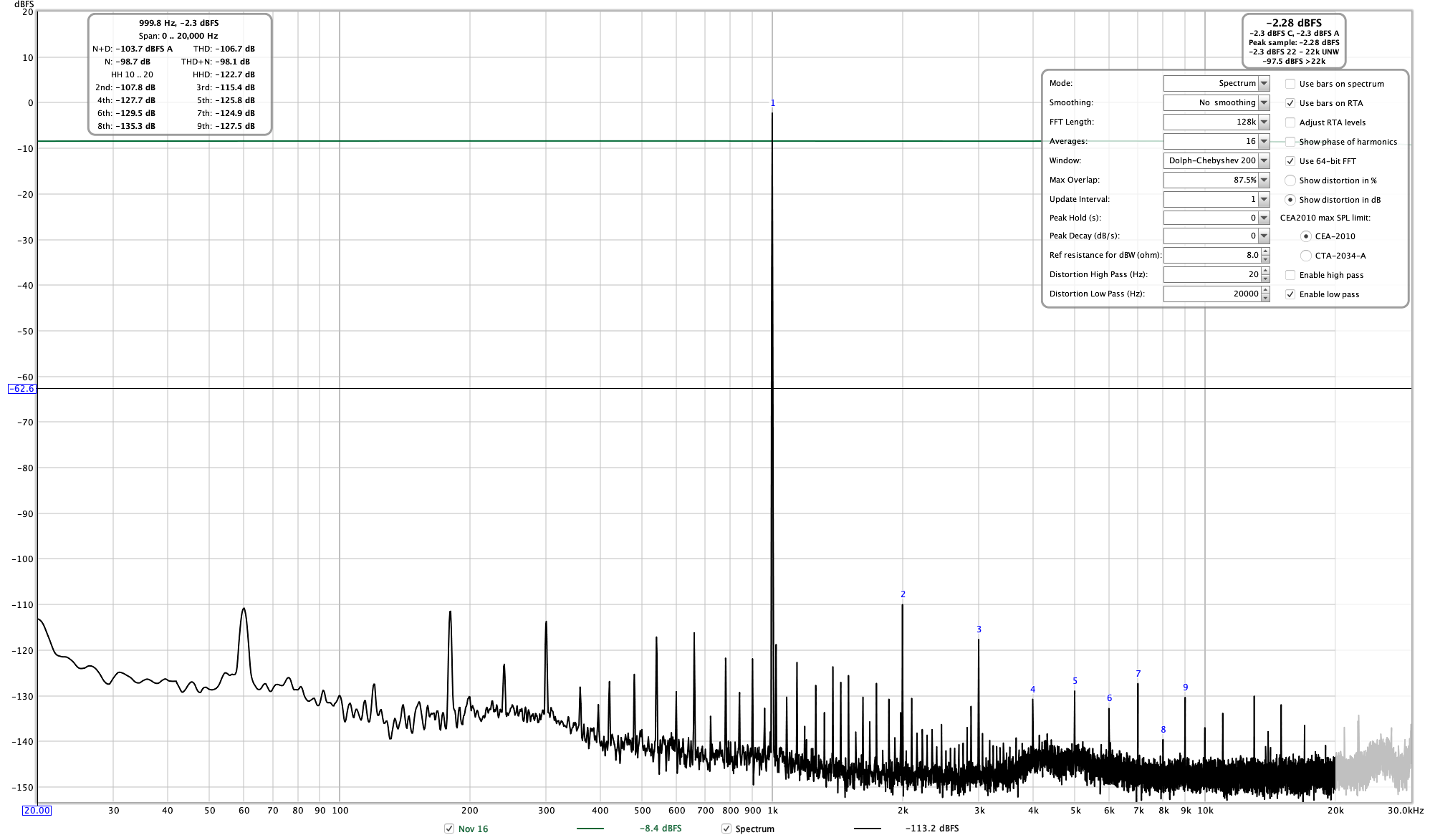 Frequency response is flat in the audible range, and less than 1dB down at 30kHz: 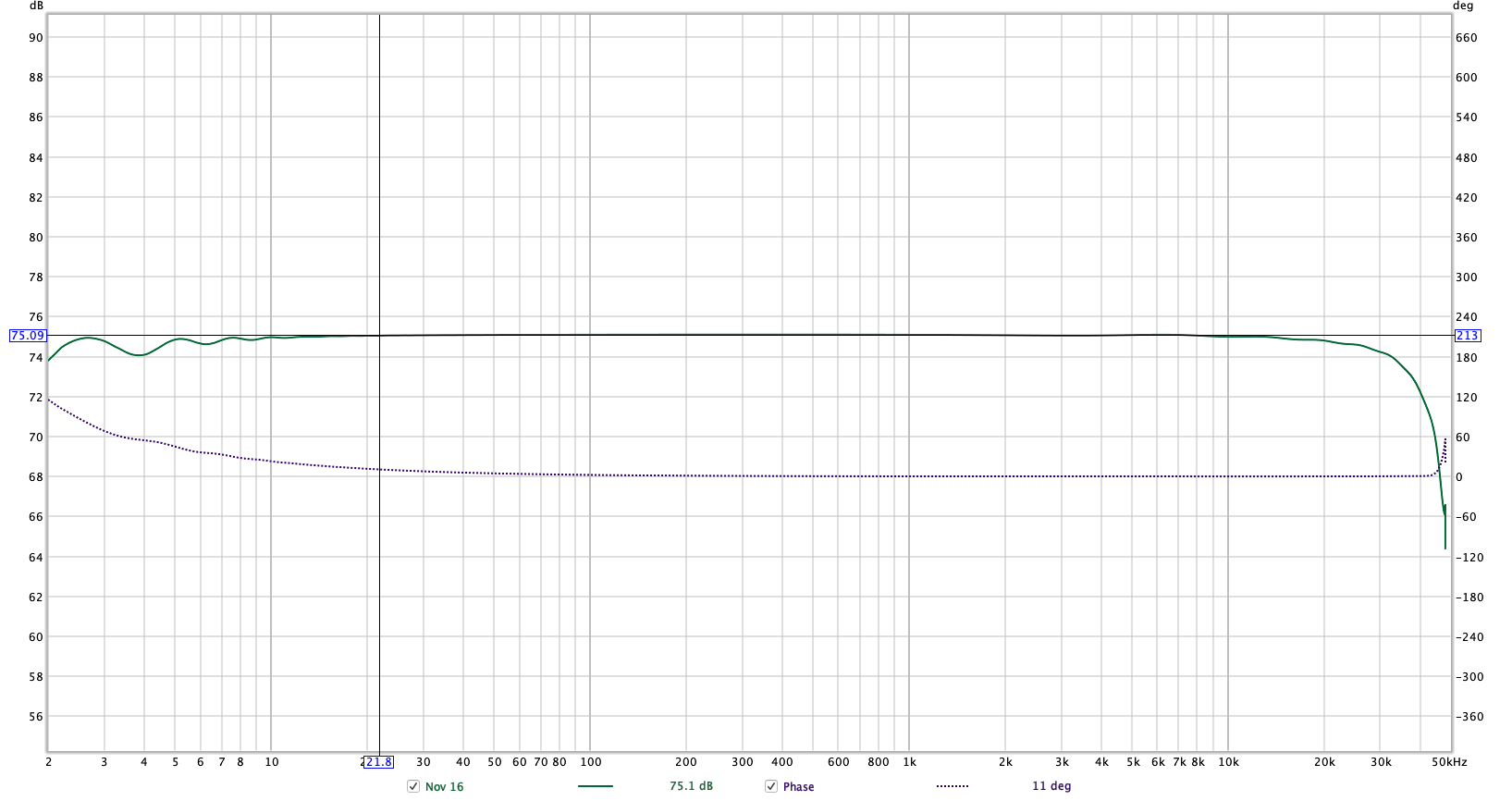 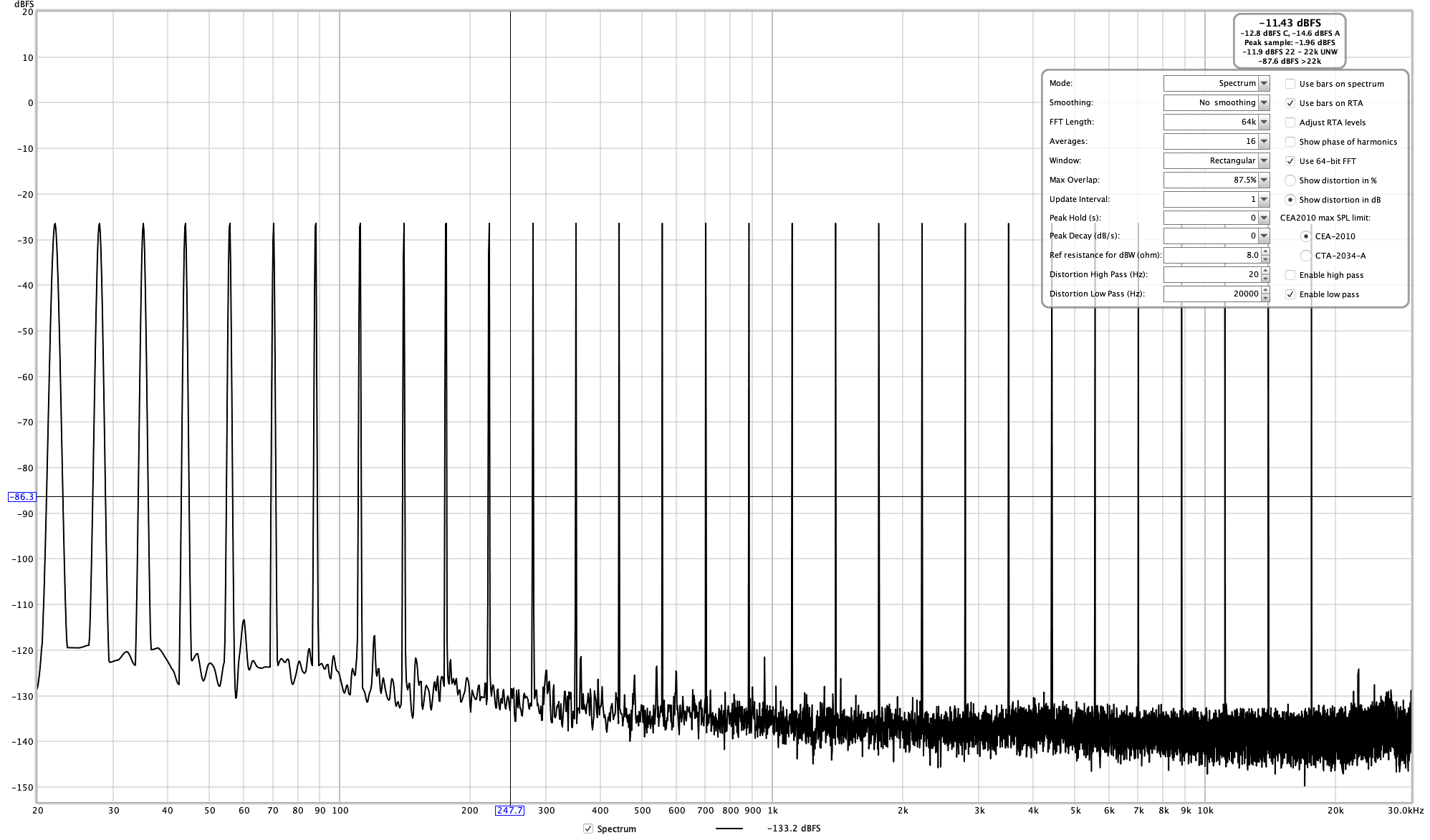 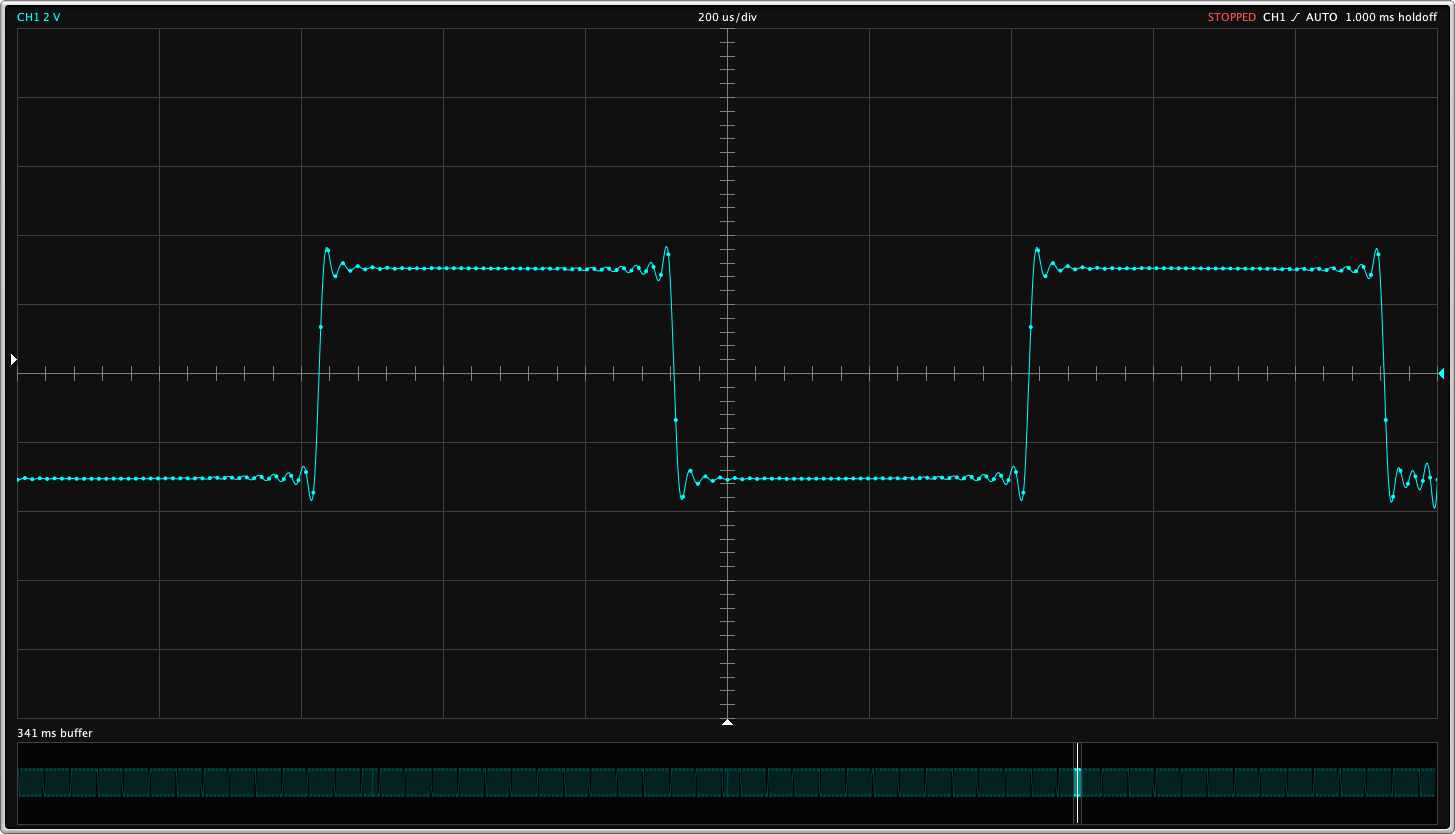