Has anyone heard speakers with a wider soundstage than Revel's?

Call me an imaging junkie (I guess) but I've put my bipolar surrounds up front just to see how they do as speakers, and while they passed the competency test, there was no pinpoint to the sound. It was too big and lacked specificity. Different application.
A

The AR-LSTs weren't bipolar, though. They had front facing drivers that produced the stereo image augmented by the angled side panels and dome tweeters all around, giving them massive dispersion. They're especially well-suited to a wide room, such as an open concept home where you're moving around a lot, not sitting in the sweet spot all the time. That's how I use mine and they're brilliant for that application.

Modern bipolar surround speakers are built without a front facing driver and are designed to produce ambient sound rather than a focal point or stereo image. You're right, they don't make good front main/stereo speakers. They look similar to the old LST but they're not the same.

To the OP, dome tweeters still produce an excellent dispersion pattern and you'll probably find speakers that use them tend to produce a wide sound stage.
Last edited: Sep 11, 2021

ArtDJ said:
The AR-LSTs weren't bipolar, though. They had front facing drivers that produced the stereo image augmented by the angled side panels and dome tweeters all around, giving them massive dispersion.
Click to expand...

BingaMoon said:
Let's say under $3k. I've heard a good number of speakers but Revel's had the biggest soundstage and was curious if anyone has heard something that had a noticeably wider soundstage?
Click to expand...

Audio Physic Virgo II easily beat Revels, I have both. In fact the Virgo II beats almost anything I have heard,

Fremers descriprion here is quite accurate

Balle Clorin said:
Audio Physic Virgo II easily beat Revels, I have both. In fact the Virgo II beats almost anything I have heard,

Fremers descriprion here is quite accurate

My memory agrees. I had the Virgo 2s in my place after hearing them at a store. I auditioned a number of Revel speakers (Performa series)
and thought they were excellent but as far as imaging/soundstaging went I didn't notice anything particularly better than most of the other speakers I auditioned at the time. Very competent but not "wow!" Whereas the Virgos made an immediate impression of utterly "vanishing" as sound sources with this big 3D soundstage.

I owned the Audio Physic Scorpios too - similar thing. I've always loved great imaging and soundstaging and few speakers I've heard seemed to do it as effortlessly as the APs.
Of course...it could always be my imagination.

Duke said:
If the woofer is in a sealed box, maybe. But sealed boxes are at a disadvantage in a sound reinforcement application from both an SPL/weight/cost standpoint AND a heat-management standpoint, the exception to the latter being if the motor is on the outside of the enclosure. Otherwise the air trapped inside the enclosure just gets hotter and hotter, whereas a ported enclosure has an exchange of air with the outside world and is more likely to reach an equilibrium temperature and stop getting hotter. So the enclosure is unlikely to be a sealed box.

Thanks for the explanation.
I was basing my thoughts on recently purchased Fostex wide-band drivers in a back-loaded horn enclosure with a tuning frequency above 200hz.
They were lacking in the bass extension department, but I was able to squeeze usable bass out of them with the EQ method by cutting all frequencies above the desired frequency. I think I did experience the "Bottoming out" sound when I pushed it too far, it was an audible indication the driver was not happy, but I pulled it back a few notches from that point and I am happy with the results.

My thoughts regarding SPL levels was since the CDL12P is a "Public Address" system it's design would be using sensitivity to its advantage and easily fill a living room and have plenty enough of headroom to allow for the implemented EQ.
Last edited: Sep 12, 2021
~ it’s just a cigarette and it cannot be that bad ~
~ honey don’t you love me and you know it makes me sad ~
S

There was a Canadian speaker manufacturer, Mirage, that had an interesting surround system that used omni-directional satellites ("omnisats"). They got very good reviews.
https://hometheaterreview.com/mirage-omnisat-6-speakers-reviewed/ 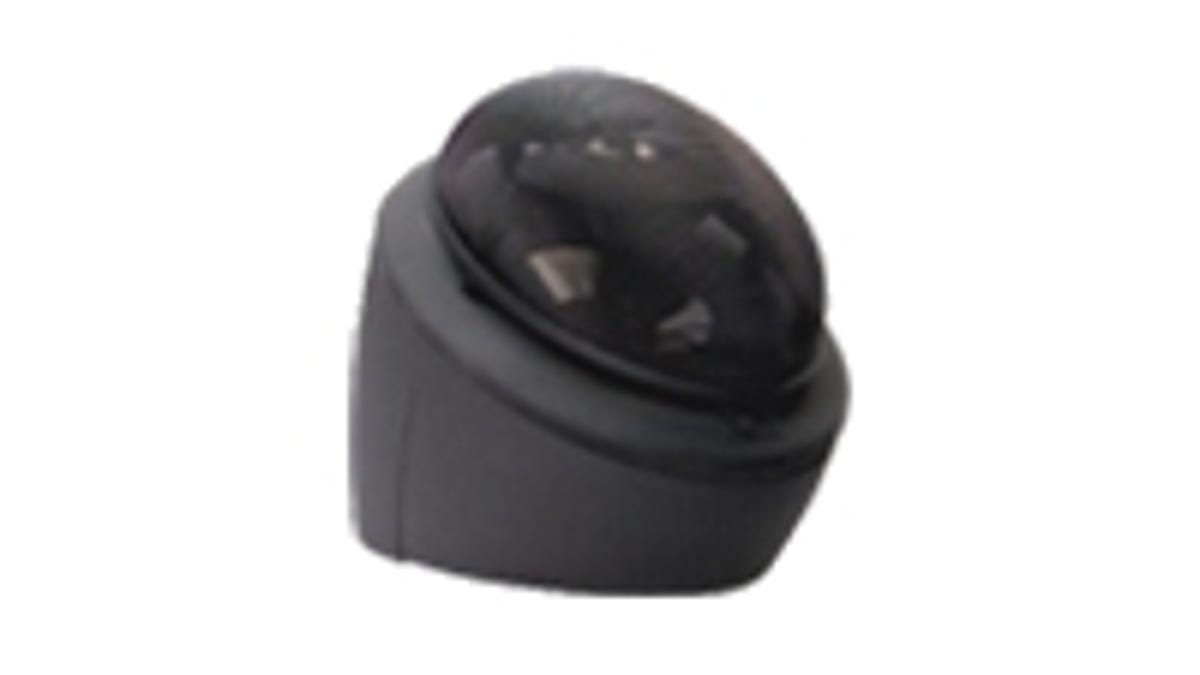 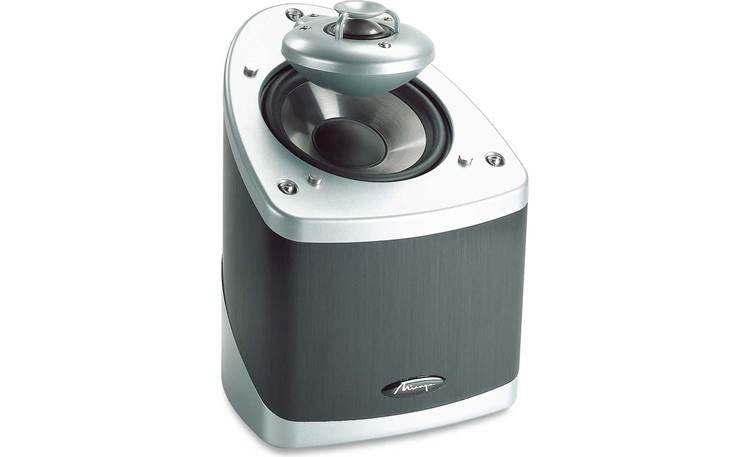 "Using science in the service of art. What matters is what we hear." - Floyd Toole, LinkedIn profile.
M

Kal Rubinson said:
Hmm. In my experience with the Beolab 90, increasing dispersion (which can be manipulated) did increase the width of the soundstage but at the expense of detail, imaging and specificity. Perhaps there are optimal values, depending on room dimensions and boundaries.

P.S.: To answer the question in the thread title, I have not yet heard any speaker with a wider soundstage in my listening room.
Click to expand...

Thanks for sharing. your experience seems to match B&O claims.
In their manual they say also that the narrow mode allows you to have more depth.
is that the case in your opinion? Could you elaborate a bit?
Thanks

P.S.: I was about to buy their new lifestyle speakers with directivity control to check the feature, but they are really expensive..
B

BingaMoon said:
Let's say under $3k. I've heard a good number of speakers but Revel's had the biggest soundstage and was curious if anyone has heard something that had a noticeably wider soundstage?
Click to expand...

do you also mean 2 way speaker or only 3 way speakers ?.
I do lots of tests which is the reason wy wide band speakers are named as it have larger stereo width than other. that larger beam angle give larger stere width i never notice. The widest sound in compare to headphones too, i get with the JBL 104 BT. left and right speaker are around 80 cm X distance on my desktop. i sit around 50 cm away. so room have not much influence. I test also with cathedral reverbs and it is not possible that my room can sound as a big cathedral with speakers with wider beam angle. I come to the conclusion that it depend on the speed of the mid range speaker. 3 way systems have it more easy to build a fast midrange. because people who can hear ITD can hear position changes in phase of around 40 microseconds between left and right speaker good. because on a stereo system speaker do diffrent movements between left and right side and a speaker that can only produce 5 khz -3 db ( 200 microseconds perod time is 5 khz) .i think for this slow speaker it is impossible to have the phase exact in all level movements so that phase error is not larger as 40 microseconds between left and right speaker

maybe the revel developers can hear ITD. then it is no problem that they can do good speakers. here is a textvideo and more explain what ITD is and how it work in hearing. in short. on low frequency the position of sound source can not detect by level. it is detect by phase shift between left and right channel. the reverb of a room is around 150 hz-800 hz important too. who can not hear ITD maybe can when hear at high volumes too get a room feeling sound because on high levels the volume diffrence between left and right speaker is larger. but high levels are bad for ears. position hearing problems is called cocktail party effect from ear doctors and they say it happen often also on young people who hear too loud music.

here are some ITD test videos
Last edited: Nov 25, 2021
Here you can test if you hear interaul time delay (ITD). If you hear this not, then you miss this not and phase and mid range speed is not important for you www.youtube.com/watch?v=xVHBHCGoDdA

Mauro said:
In their manual they say also that the narrow mode allows you to have more depth.
is that the case in your opinion?
Click to expand...

Mauro said:
Could you elaborate a bit?
Click to expand...

This is an old thread but the best surround speakers I have used by far are the mirage omd 5. They just are my favorite..and look good. They are better range than the nanosats ad the top.end are just a delight.

Never heard Revel but I once experienced a sound with Ino Audio piP which appeared to come about 50 meters outside. This is like 10 years ago, unfortunately I can't remember which song it was, I only remember that it was French.
Main: Denon AVR-X3600, SMSL D0100, Guru Audio Junior
Desktop: SMSL A300, Audio Pro Focus SA-4
Soundblaster AE-7, AKG 271 Studio (main) / AKG k371 (a bit bas heavy) / Hifiman HE400se (a bit too heavy)
Portable: Audio Technica E40
TV: LG B1 65"
You must log in or register to reply here.

B
Has anyone heard Goldenear Triton Five's?