Went to this show today, it was in Cranage, Cheshire UK. Here's some photos and some wholly subjective opinion:

B&W - not as good as I expected, sounded a bit fuzzy: 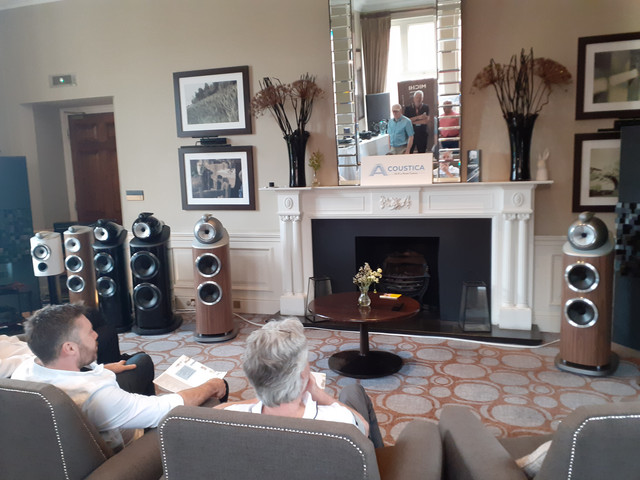 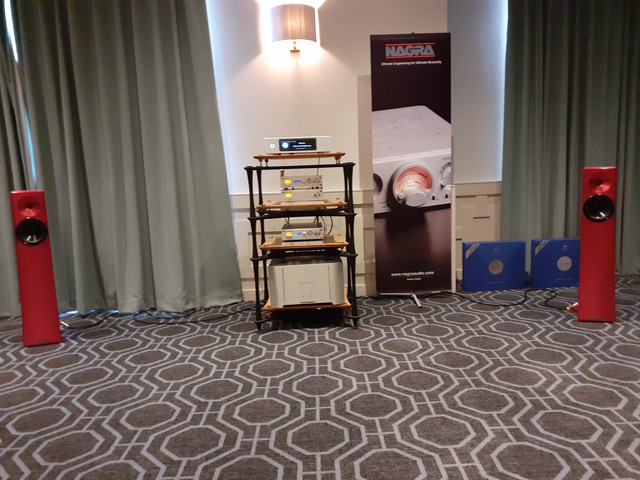 Marten speakers with some big monoblocks, don't know what they were. Wasn't keen on this set up at all, using vinyl source though so maybe an issue with that. 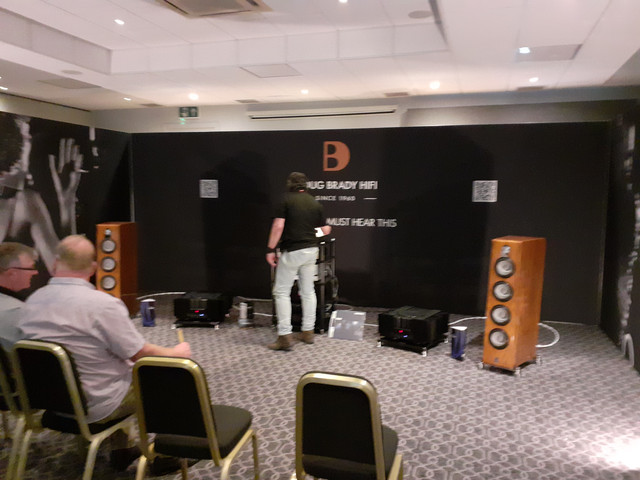 3 Square Loudspeakers. Had a listen to the floorstanders, not bad at all: 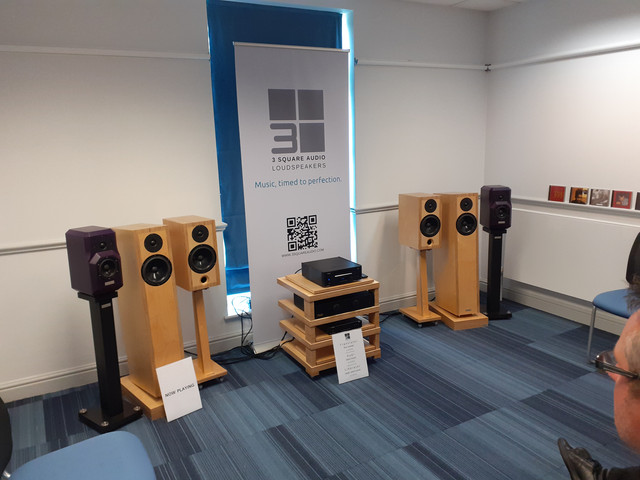 The speakers were good, can't recall what they were though: 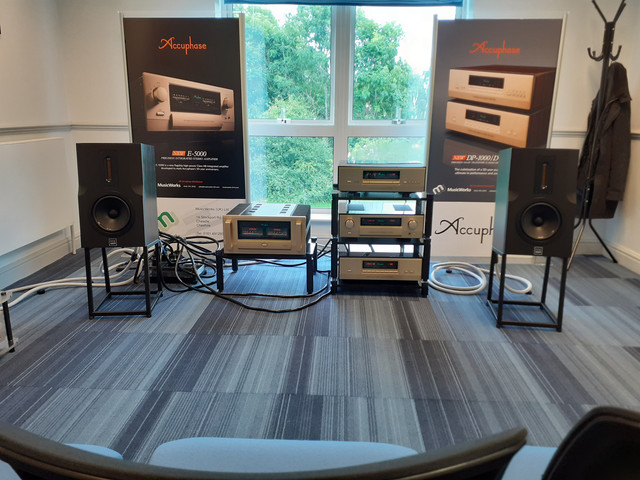 I think these were Kudos speakers, with twin subs. Good sound, I think, subs perfectly integrated, but terrible music so didn't stop for a longer evaluation. Avid - loudspeakers and integrated amp. These were giving a good sound 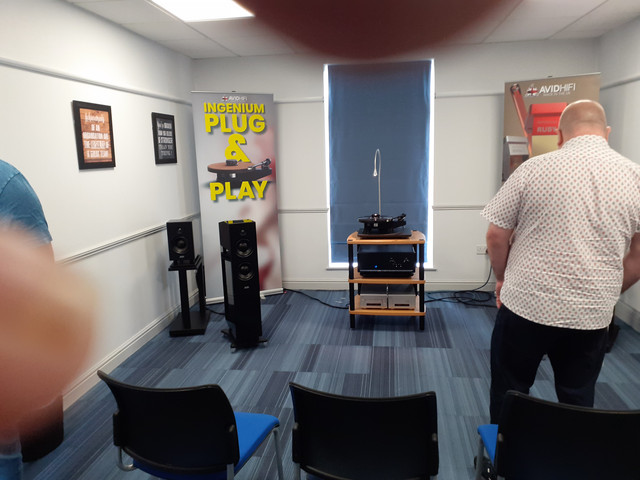 Falcon Acoustics Transmission line loudspeakers, based on the IMF 200. Despite the bad room you could tell these were good. We could have had the demo pair for £2100, which was tempting. The kit is £2800 - well worth it if you have the space for them and are handy enough to knock them up. 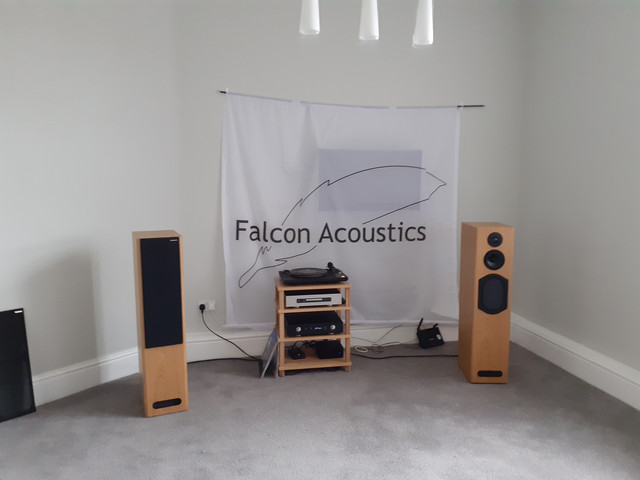 Klipsch Cornwall with some fancy valve integrated. Need a much bigger space but not really my thing - looked vintage and sounded it too, not in a good way 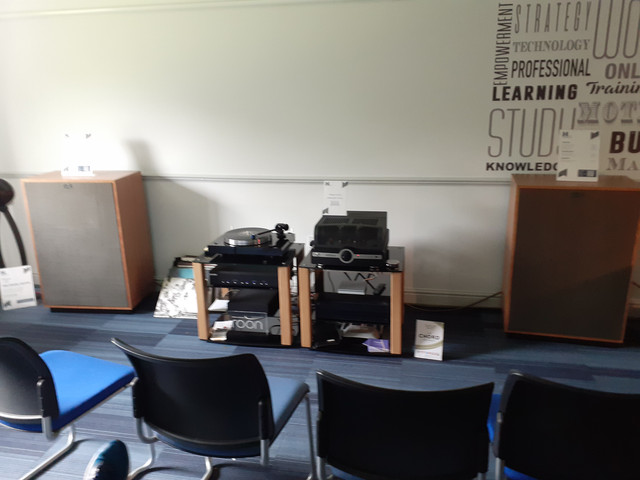 Chord Electronics: Don't know what the speakers were. Never been keen on the styling of Chord but have to say looks a lot better in the flesh than in pictures. Sound quality was passable to good. Kerr Acoustic: Not sure of the model number but it's the big one. Heard these before and was very impressed, same this time. If you've got the space and the money... 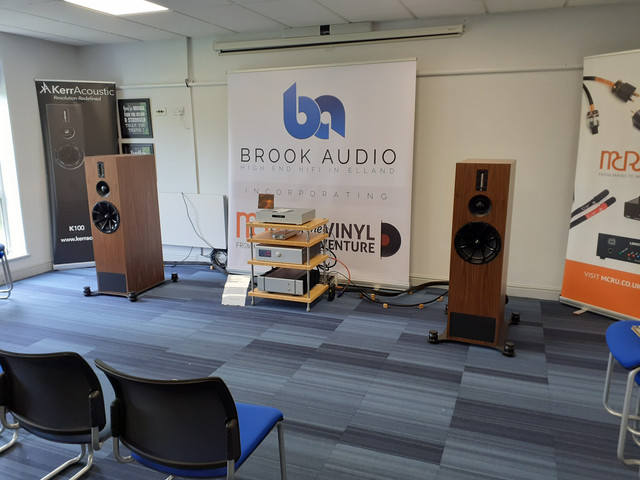 Golden Ear Triton 3: cost a lot less than I thought they would, decent but not great 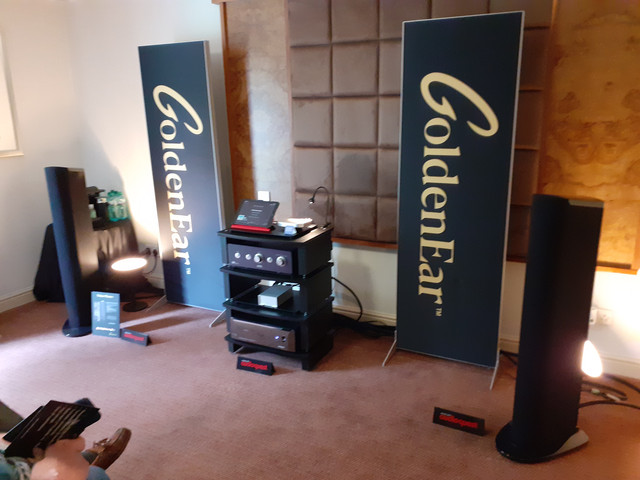 KEF LS65 - these are active speakers. Good bass and mids, top a bit soft and recessed. Don't think that was the speaker just how they had them configured but don't know for sure. They fell just short of being incredibly impressive as a result.

KEFs room was like some sort of 1990s Euro disco but the chairs were comfy. 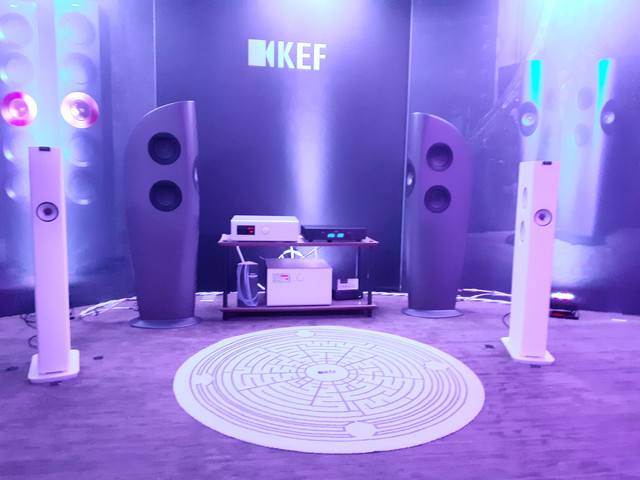 Kerr Acoustic again, smaller ones this time. Like the big ones these were impressive, I could live with them I think: 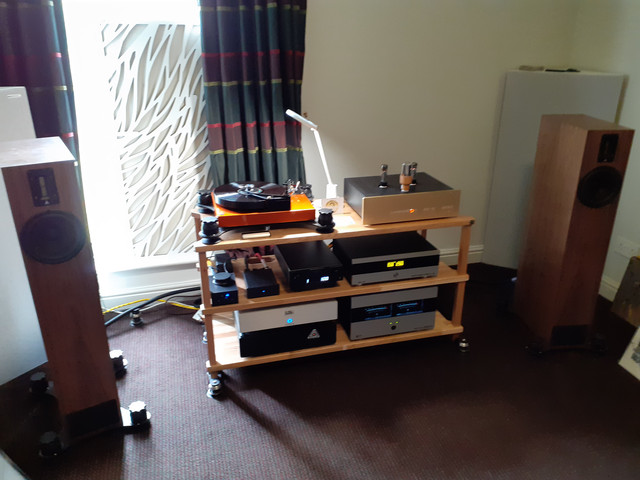 PMC - love their studio monitors, never been at all keen on their domestic speakers but these weren't half bad, needed a bigger room to play to their strengths I think: 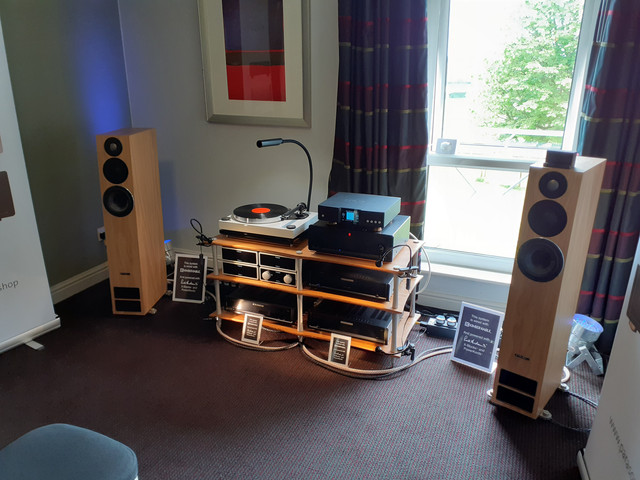 Allchris Audio - based loosely on the celebrated Celestion Ditton 66. He always uses EAR amps which I don't like but still a good sound - for £3.5K (I think) worth considering. 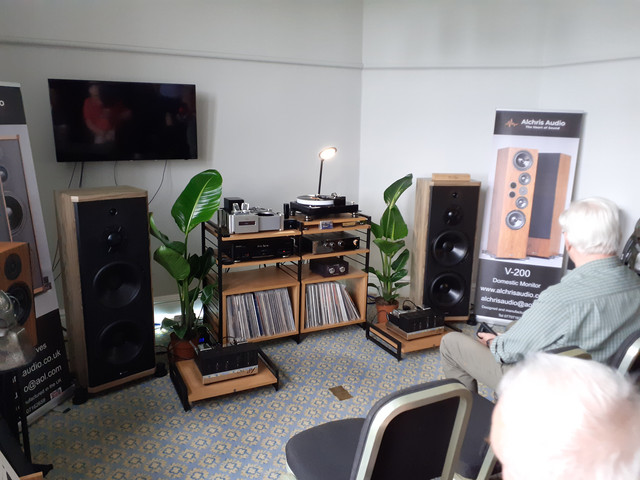 Active ATC in the 'Chasing The Dragon' room. Sorry about the pic, they were big but they were also far away. 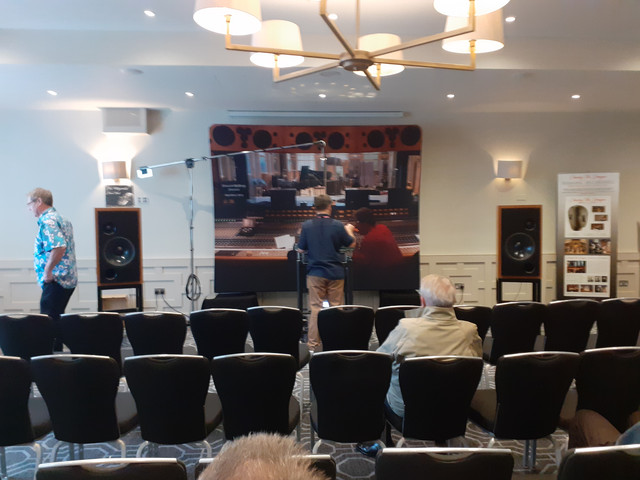 Graham Audio LS - something or other. Heard these before too and I quite like them even though I'm not much for BBC derived speakers. We got to listen to 'Money' on vinyl though so extra marks for that. Recommend these if you want something that won't overpower a small room but still has some body to it. can't recall what these speakers were called but although they look impressive they were not so good, congested mids: 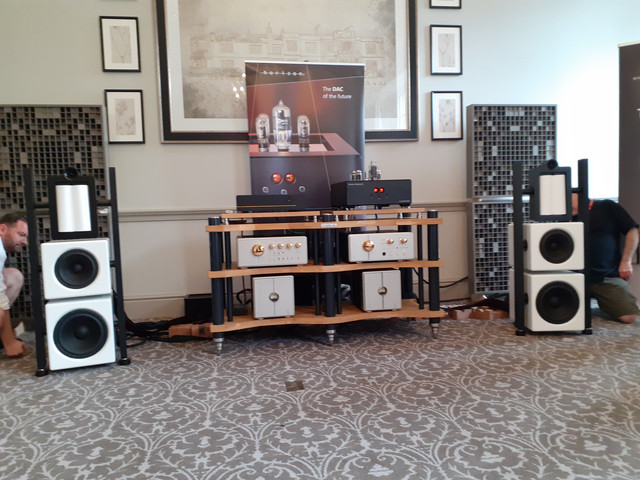 TAD speakers, forget the model but doesn't matter I can't afford them and neither (probably) can you. Could have sat in here all day, great sound, lots of detail but not chucked at you. Probably my runner-up for best sound at the show. 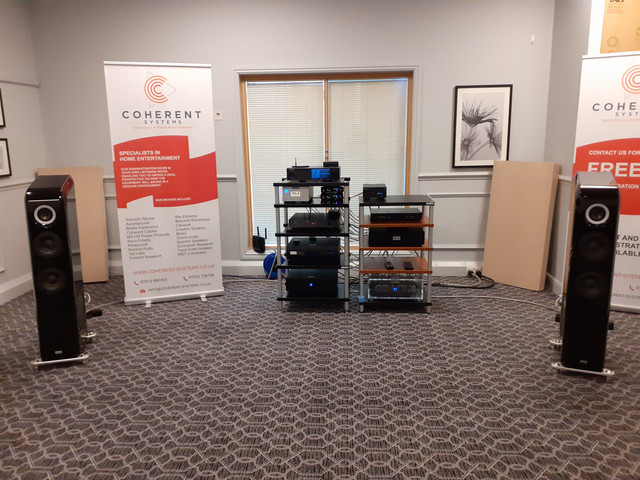 But the winner was:

Kii - these things are just ridiculous. Better than what they have in studios. A youth asked for some tune I never heard of to be played to test the bass. It was monumental.

They were jammed into a small room, but it didn't matter. One of the few rooms where I was compelled to ask the price - £27K for the lot but if you don't need stupid SPL then you can just get the head units for fifteen grand. If I was still working I would have to think of reasons not to and probably fail. 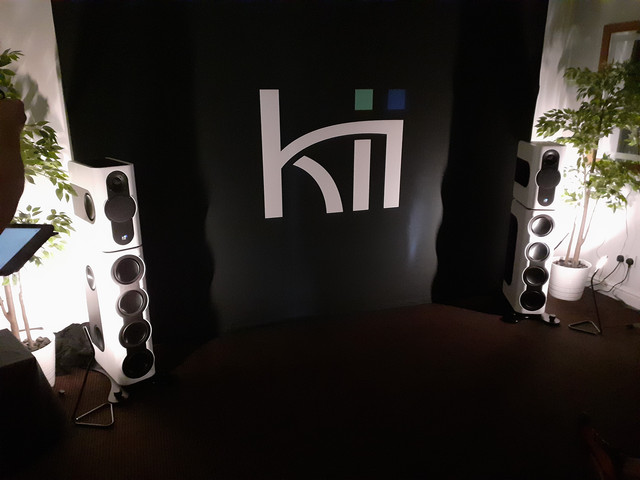 Mart68 said:
Falcon Acoustics Transmission line loudspeakers, based on the IMF 200. Despite the bad room you could tell these were good. We could have had the demo pair for £2100, which was tempting. The kit is £2800 - well worth it if you have the space for them and are handy enough to knock them up.
Click to expand...

Yes, yes. I had transmission line design with those woofers, Altec Lansing horns and KEF 107.2 matched tweeters and they sounded fantastic. I imagine those demos you heard where great. Thanks for the great pics of the show and your details too.

Thanks for the report, Martin. I'd hoped to get there this year, but it wasn't to be. I've heard the Kii3 before, also in a too small room, but still impressive. Not heard them with the BXT units though.

How was the turnout?
OP
M

Burning Sounds said:
Thanks for the report, Martin. I'd hoped to get there this year, but it wasn't to be. I've heard the Kii3 before, also in a too small room, but still impressive. Not heard them with the BXT units though.

It was busy but not to the point where you couldn't get into rooms. Saturday was busier I was told by the Doug Brady bloke. He said they'd had 1500 people through their room on that one day.
You must log in or register to reply here.

Yesterday at 7:54 AM
Tangband