Hello all, I'm having a problem with my tube amp that is driving me insane. I don't know if this is the correct area for this, if not, please notify. Here goes:

I've owned a LD MKIII for a few years now (since 2013), but about a year ago I started noticing these annoying electrical buzz and malfunction with it. I associated it instantly with the power tubes (6n6p), so I had them switched out as I've done a couple of times before.

Turns out though that the problem just won't go away even with two coupled new pairs. The buzzing starts very loudly after turning up, and diminishes after heating the valves, HOWEVER, it randomly comes back even at prolonged use (that has never happened before). I notice that fiddling with the powers can help, as when I touch them sometimes the buzz goes away, only to come back later or even instantly after I let them go. Touching drivers have little effect on "fixing" too so I think it is more power tube related. Ive also noticed that fiddling with the Hp connector sometimes affects the buzz, yanking the connector gently, as it is physically moves the tubes.

I've already isolated everything upstream, the problem persists even with different power cable, outlet, ac transformer (I got it when I lived in a 220v area, but now I live in 110v so use a small converter). I think therefore it is something altogether inside the amp, because even with the RCAs disconnected the buzz persists (so no groundloop error).

What could be at fault here? I've been thinking of opening up to check sodders and such, but have few electrical experience/background , and am even a tad afraid of messing with such a different electrical circuit. Does anyone have had this kind of problem with the LDs or similar amps?
OP
L

I opened it as to confirm any soldering problems with the tube contacts, and immediately noticed that there was a loose power cable (see image). I don't know if it got loose during removal or if it was like that before. I didn't try to power it up again for fear of damaging anything. I can easily resolder it if I knew what it was. There is a metal pin with nothing connected to it (see image, third one from top to bottom). I guess it was soldered there? 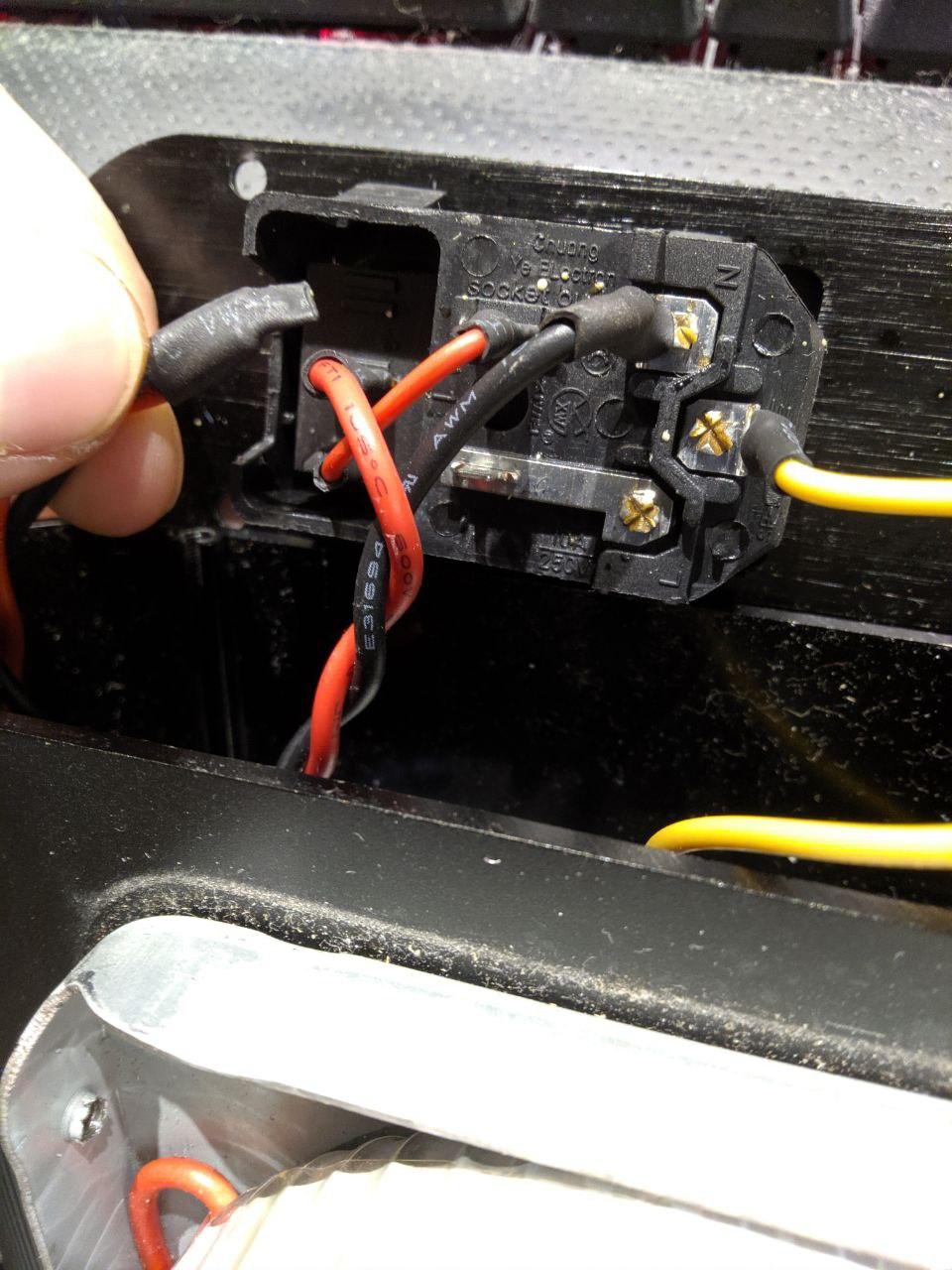 As to the tube sockets themselves, another problem arose: I can't get the PCB out with the transformer plugged in. Seems impossible to just get it out too, as the cables are all connected to it from the PCB (the only way being to cut them, remove the pcb and then resodder everything. I don't think it a viable option anymore, so I remain open to inputs regarding the loose cable or from people who had similar buzz problems. Thanks!

It appears short. Can some length be found? 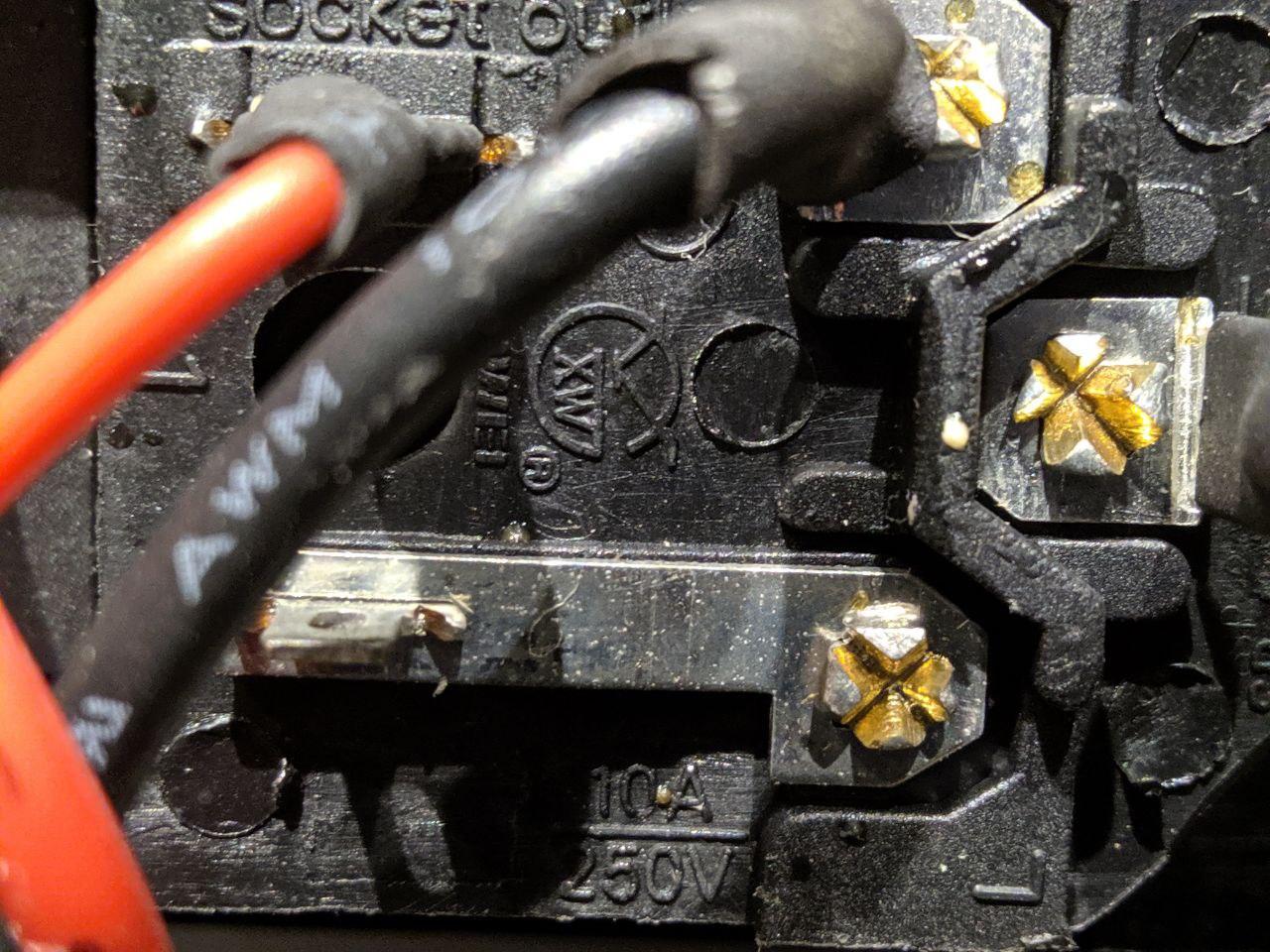 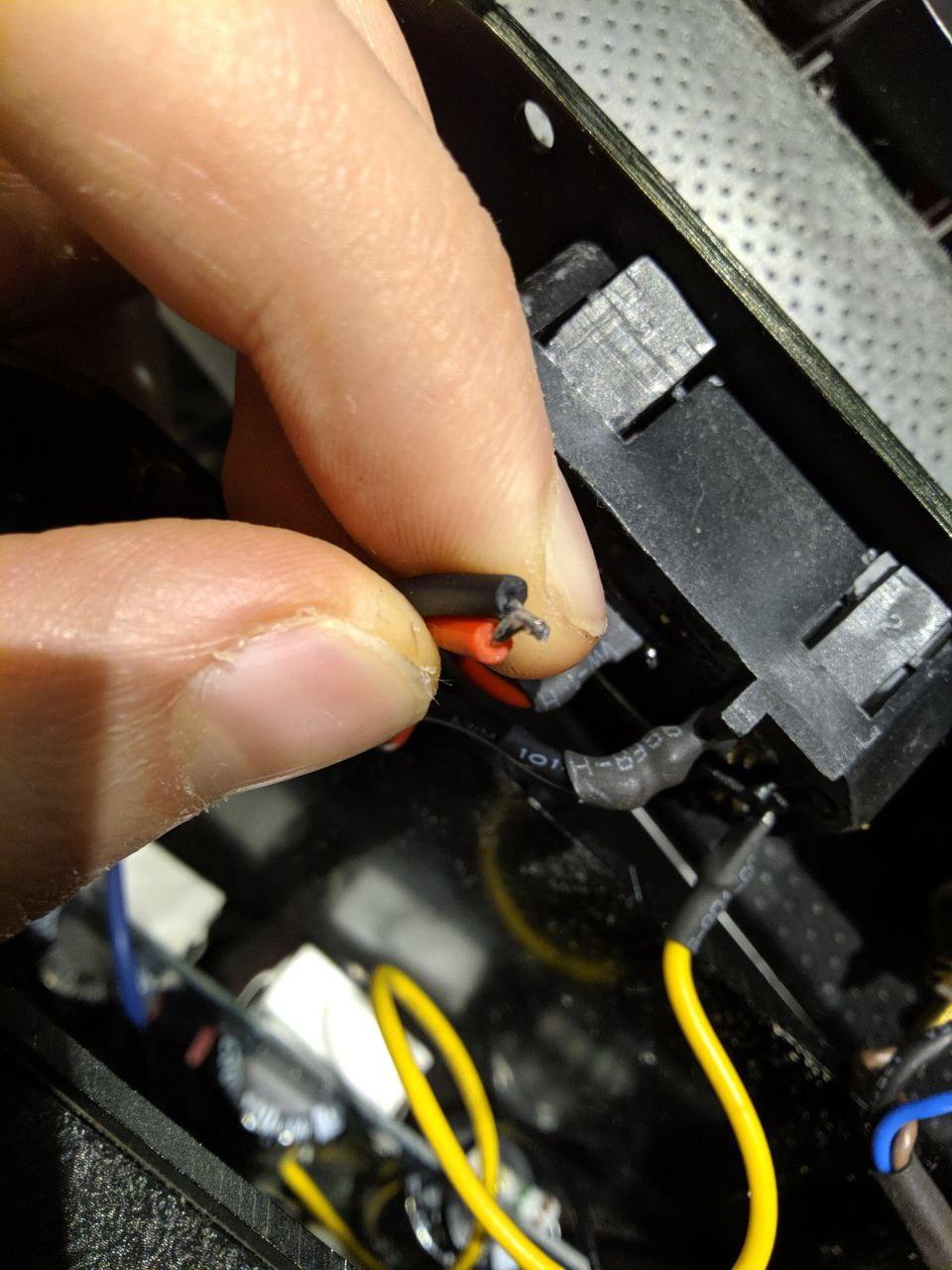 Edit: the "non-connected" pin on the inside is just below the positive/negative pins from the outlet, so I think it is it.

There can only be one source of proper technical literature and that is the maker.
OP
L

Doodski said:
There can only be one source of proper technical literature and that is the maker.
Click to expand...
Yes, unfortunately it seems littledot has gone under. I've send multiple emails and found one in particular that looks like the leftover. I got it from a redirect message from the old contact e-bay info. I'll see if they respond. If not, It'd be real shame seeing a reputable brand like LD just getting in the past.

What is the unit worth? Can it be connected where your gut feeling tells you it came from via a alligator clip lead for test purposes. if it works then solder it. If not then only you really know 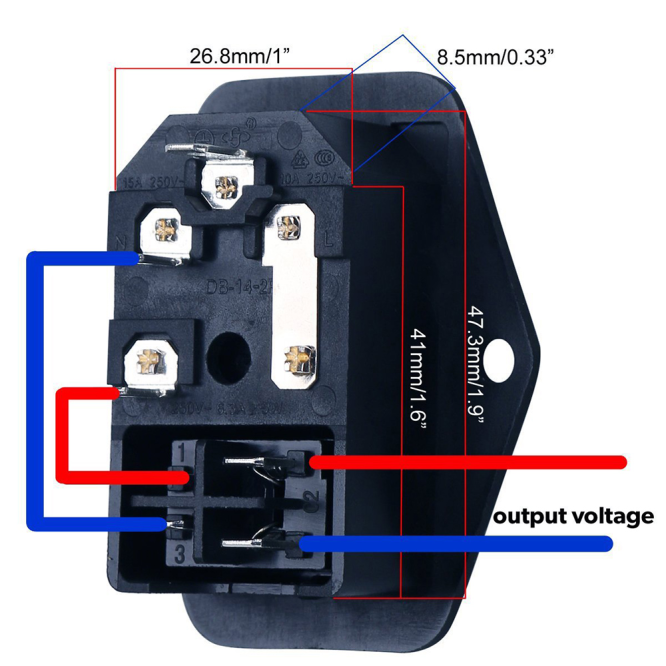 View attachment 72361
Click to expand...
Interesting. Then what the hell does those cables do? the "isolation rubber cap" (sorry, don't know what it is called in english) seems to be heat shut very tightly, I wonder if it is so because the cable has no active function or if it shorted then broke. I really don't know.

Doodski said:
What is the unit worth? Can it be connected where your gut feeling tells you it came from via a alligator clip lead for test purposes. if it works then solder it. If not then only you really know
Click to expand...
It's worth $250 new, but I really am not keen to taking any chances. Covid-19 broke my national currency, thus getting a replacement would be very expensive for me. This LD would be my "savior" because right know I am using a receiver HP jack to drive my pairs, and although it is rather nice, I think a dedicated would be better.

Leiker535 said:
Interesting. Then what the hell does those cables do? the "isolation rubber cap" (sorry, don't know what it is called in english) seems to be heat shut very tightly, I wonder if it is so because the cable has no active function or if it shorted then broke. I really don't know.
Click to expand...
I don't know for sure either. It looks to me a poor (and unprofessional) way to splice two wires together.
OP
L

NTK said:
I don't know for sure either. It looks to me a poor (and unprofessional) way to splice two wires together.
Click to expand...
Indeed.

I've also found an example of a LDII outlet, all cables seem to be connected, but more interestingly, the third connector is indeed vacant. I think it really should be like that then. 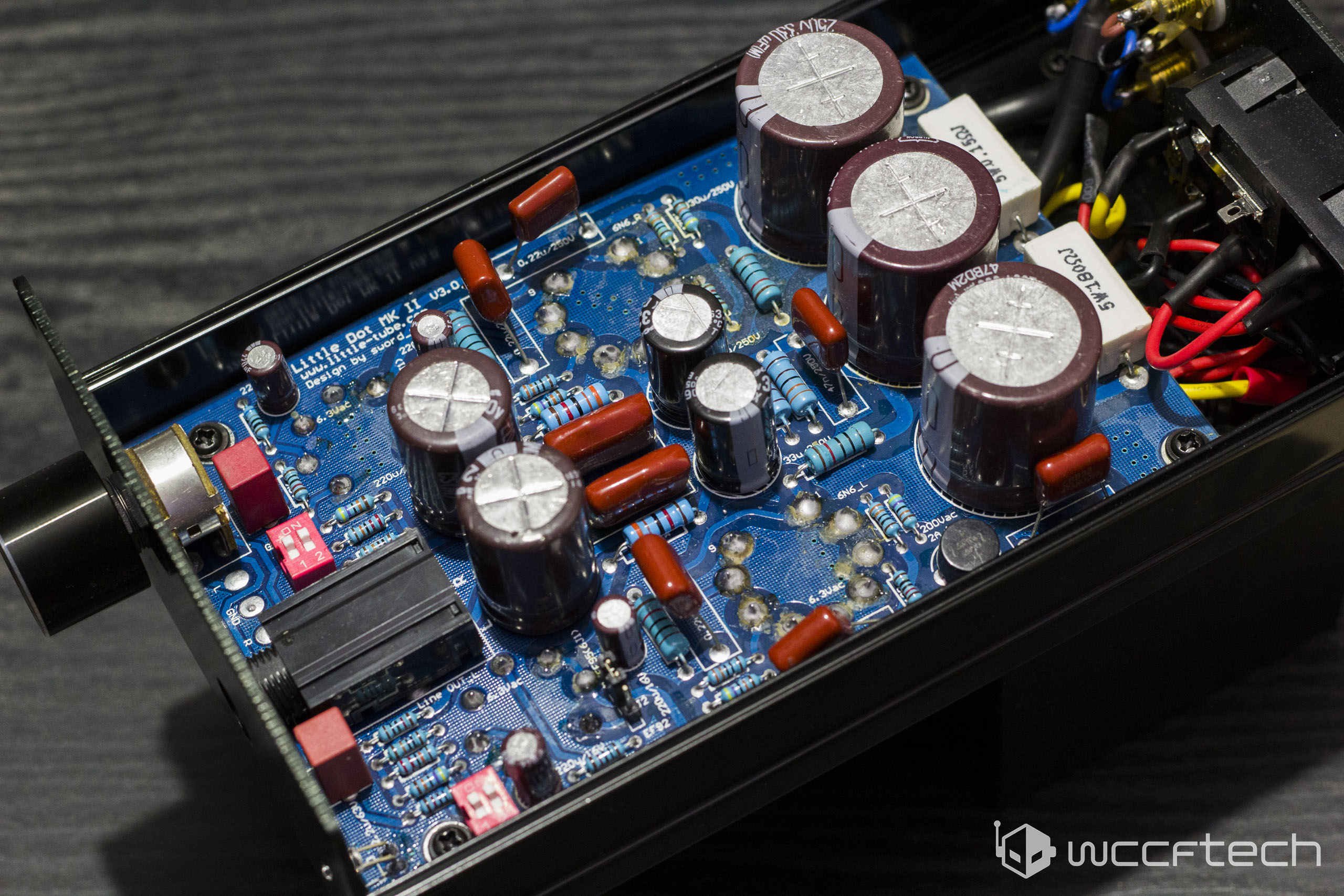 Update: I've got a response from a chinese retailer, who assumingly is in contact with the LD manufacturer, or has technical knowledge in these units specifically; he stated that the loose cable should be left alone, the design is intentional:

Indeed I think it is a rather poor design, the cable is too long to be just a oldschool interconnect of the transformer. But so far nothing blew up.

Regarding the original problem. I noticed, due to my own fault, that the middle screws were not present, that made the pcb board and, most importantly, the power tube sockets a bit unstable: I could push it up and down and feel a slight leeway whenever messing with the tubes, that corresponded perfectly with the buzzing occurence. So I just screwed them back as neatly as I could, making the sockets very firm and steady. Haven't had any buzzes since, and for that I'm glad.

I'm just left now with a bit of sound imbalance (very pronounced, more than the usual that is characteristic of the LD's), which is most definately a bias issue: a type problem that is easily solvable and that I kind of longed for.
You must log in or register to reply here.
Share: Facebook Google+ Reddit Pinterest Tumblr WhatsApp Email Link