I was tired to solder divider diy patches every time I needed to measure power amplifiers with a soundcard, and also by investigating how to avoid groundloops and mains related interference spectral lines. So I decided to design and build a fully balanced universal analog interface that would change a soundcard to something that resembles an audio analyser like AP, or maybe rather like QA401. I started with using such thing 2 years ago and after getting good results, I decided to make a stand-alone instrument like this. The interface, called MSYS, has 2 channels, one for low level signals up to 4Vrms, second for high level signals up to 40Vrms (at least). The gain and sensitivity is controlled by DACT stepped attenuator. Block diagram is attached, circuit diagram is attached as well, and a photo of the instrument and its rear panel. The circuit uses OPA314, AD797, OPA627 and ADA4898 chips. Dynamic range is high, distortion very low and it makes a useful tool from a conventional soundcard. Balanced input is a must if we measure a power amplifier. 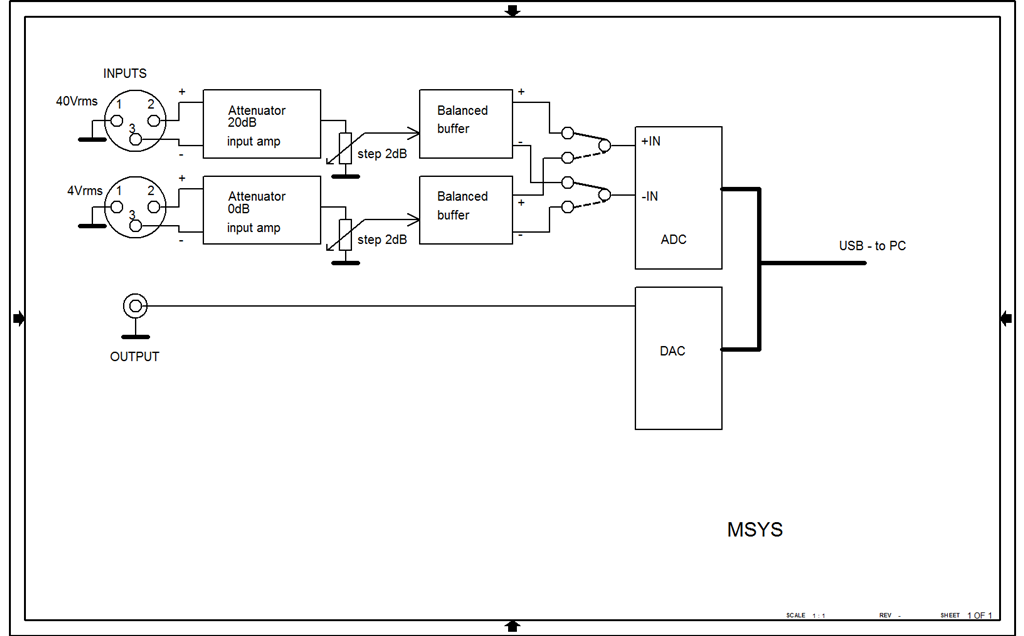 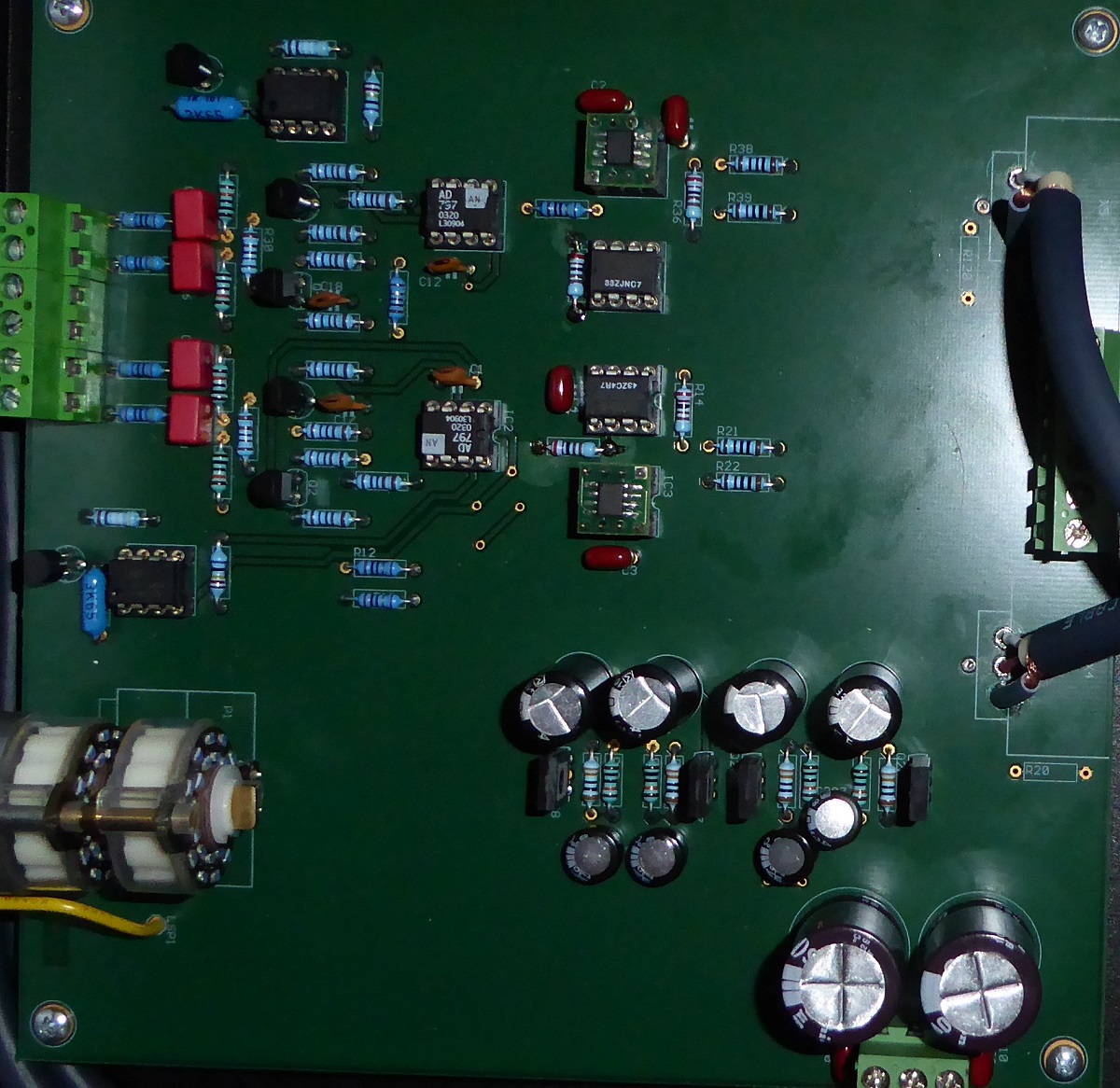 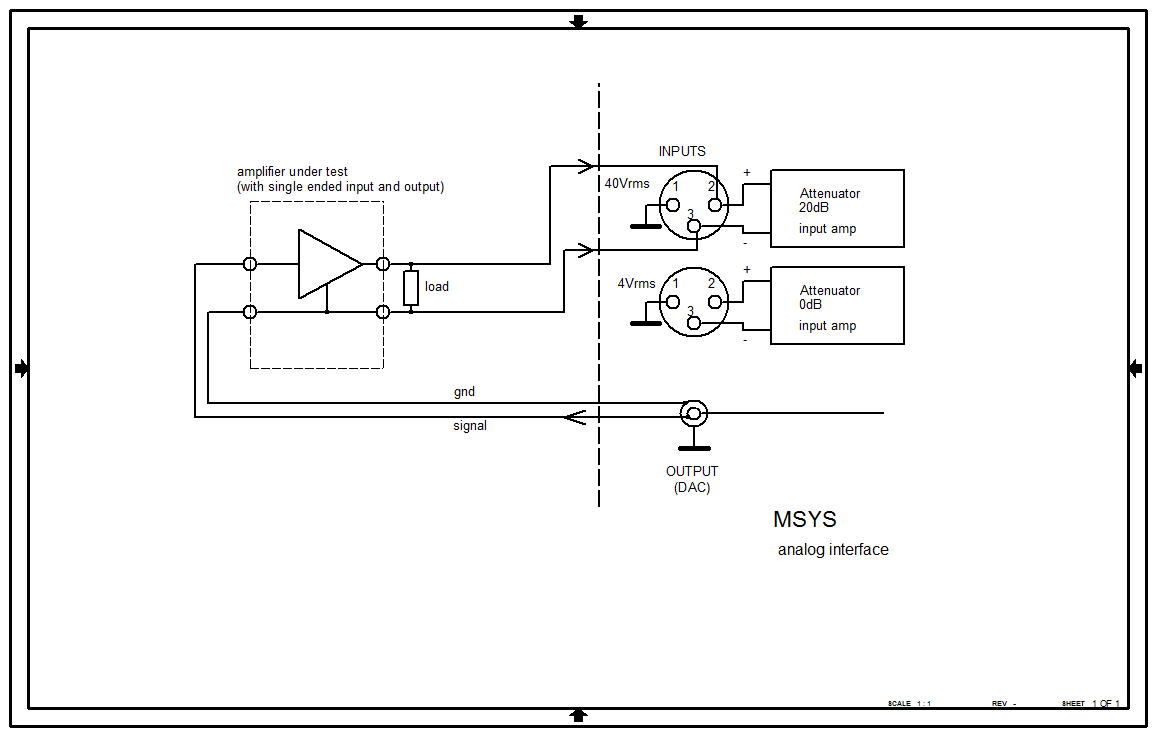 What have you found for a good A/D in the sound card universe? Lynx 2?
OP

I would go for RME ADI 2 Pro.
pmacura.cz/audiopage.html

pma said:
I would go for RME ADI 2 Pro.
Click to expand...
Are you going to sell the pcbs? Or gerbers?
OP

Digital Mastering System said:
Are you going to sell the pcbs? Or gerbers?
Click to expand...
I stopped selling audio kits and PCBs in 2012 and have not re-started it yet. However, it is possible that once in future I will re-open some small sales again.
pmacura.cz/audiopage.html
S

Just noticed that the schematic shows the XLR's pin #1 attached to the circuit common. Any XLR pin #1 should be attached directly to the chassis at the connector.
Kevin
You must log in or register to reply here.
Share: Facebook Google+ Reddit Pinterest Tumblr WhatsApp Email Link