Still from Holland: The Nits.

bloodshoteyed said:
guys, some of those artists are so local, youtube is saying the video ain't available (geoblocked)
Click to expand...

I'm afraid the interweb is still a work in progress, bloodshoteyed.

I haven't actually listened to all of the tracks here yet. But the only two vids that seem to be blocked in the US are Harmonium's "Comme un fou", and BAP's "Kristallnaach". There are other versions of these on YouTube that play ok in the US though. (Which I'm happy to post here if someone wants.)

The Dorfcombo "Es ist immer einer besser" video plays fine on YouTube. It just won't play for me here on ASR. If you're having trouble with any of the others, you'll have to point them out.

I've edited the few posts that I still can to include the artist's names and song titles. And will try to remember to do that if I post anything else here. If folks do that, then maybe it will help others to find alternate versions that work in their region, if there are problems playing them.
ADU's Audio Gear

A band that was almost opposite: First Aid Kit. I think I saw them first time at Letterman and not in Sweden This one is quite good, a Patti Smith cover:


Chrispy said:
Bought a coupla Kraftwerk vinyls back in the day. I just saw the other day that Florian Schneider had died; I hadn't thought of them for a while until I saw that so I pulled them out for a play.
Click to expand...

Hadn't heard about Florian's passing. That is very sad news! Kraftwerk has had a very good run though (that I'm sure will continue).


Chrispy said:
I may have heard Nena's 99 Luftballoons a few times, lol (a few too many times perhaps ). Got me thinking of Falco (of Der Kommissar fame)
Click to expand...

"99 Luftballons" was a pretty good 80's pop tune. (I apologize for getting the spelling wrong on that btw, but have fixed it my previous posts.) It was a bit different and more up-tempo than alot of other stuff at the time.

That track is not the reason that I became a Nena fan though. I accidently stumbled upon some of her more recent work some 5-10 years ago, probably while going through some lists of older New Wave and synth-pop artists. And found that I liked the vibe on alot of her more recent alternative-ish stuff. And I became sort of hooked after that.
Last edited: Sep 13, 2021
ADU's Audio Gear
A

Maybe. I'm not that familiar with this group. But that doesn't mean too much. Because I'm not that deep into the indie scene in the US anymore.
Last edited: Sep 13, 2021
ADU's Audio Gear

ADU said:
Maybe. I'm not that familiar with this group. But that doesn't mean too much. Because I'm not that deep into the indie
Click to expand...

Give This Night Falls Forever a try: 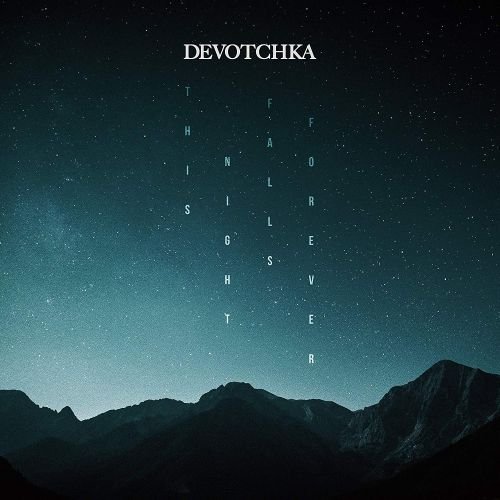 They were the opening act on Nightmare [before Christmas] Revisited, this is how I discovered them: 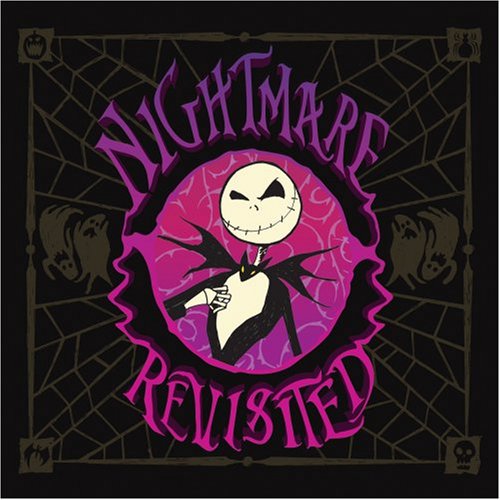 Raindog123 said:
Give This Night Falls Forever a try:

They were the opening act on Nightmare [before Christmas] Revisited, this is how I discovered them:
Click to expand...

Interesting. Thank you, Raindog123. I will give the above a look.

I was also checking out a few of the singles mentioned on their Wiki page. Including this one from the LIttle Miss Sunshine soundtrack (which I haven't seen or heard). This is actually credited to a group called Little Olive. But the writing credits include DeVotchKa and Canadian film composer Mychael Danna. DeVotchKa apparently scored a number of tracks for the film, along with Danna.

"The Winner Is" by Little Olive

After racking my brains a little bit, I did think of a few bands that were fairly popular around LA and SoCal while I was going to school there in the 80's, that may not have made as big an impression nationally or abroad. At least not at that time.

The Dickies were a local punk band that played alot of gigs around LA. Since they didn't really come from poor roots (like some punk-rockers in the UK), my recollection is that they were not taken as seriously (and possibly even somewhat loathed ) by some of the more hard-core punk crowd at the time. But they opened or closed for alot of other groups. And the tickets to their shows were usually pretty cheap. So I saw them performing a number times at various venues around LA. And the shows/performances were usually pretty fun.

Fishbone was another fairly popular local group on the LA club circuit in the 80's, who also opened (or closed) for other groups. And I also saw them several times.

Both bands prided themselves on being "live acts", as I recall. Fishbone combined elements of ska, funk and metal though with their punk-ish style. Whereas The Dickies took their cues more from traditional punk rock groups, like The Sex Pistols and folks of that ilk.

Both bands are still active I believe. So you can probably still see them perform live. I'll have to poke around a bit though to see if I can find any decent videos of them performing.
Last edited: Sep 14, 2021
ADU's Audio Gear
A

Foesum was another short-lived, but popular rap/hip-hop group with the G-funkers in South Central LA in the 90's, that I don't think alot of people would know oustide of the culture. I believe they were mostly from the Long Beach area. (And if I think hard, I'll probably come up with a few others from that area, in addition to some of the more well-known artists, like Snoop & Nate Dogg, and Warren G.)

I think Foesum's Perfection album was probably their best (and most beloved by the G-funkers) effort, because it incorporated alot of smoove old-school vibes.

"Don't Get It Twisted" by Foesum

"In the Wind" by Foesum

"Listen to the Sound" by Foesum

ADU said:
...After racking my brains a little bit, I did think of a few bands that were fairly popular around LA and SoCal while I was going to school there in the 80's, that may not have made as big an impression nationally or abroad. At least not at that time.
Click to expand...

You left OrangeCounty/SoCal too early! This article from the local 2012 OCWeekly lists the top 25 OC local talent that made waves.
No thanx to KROQ
Stop Hooligan B*st*rds and their Shenanigans!

Blue Rodeo, big band in Canada, not so much anywhere else.

I worked for a long time in the music industry in the English language market but outside the US and UK. Most bands in the US (and UK) have a somewhat proportionate level of success and fame outside the US relative to their fame inside the US, like the Devotchkas or the Dickies. To answer the question about what artists are famous in the US but not anywhere else in the world - most C&W artists. They're pretty much the only artists who can sell 10 million units in the US and not crack thousands in the other English language markets. That midwestern American thing for big hats just doesn't generate much interest other than novelty.


ADU said:
After racking my brains a little bit, I did think of a few bands that were fairly popular around LA and SoCal while I was going to school there in the 80's, that may not have made as big an impression nationally or abroad.
Click to expand...

That's "locally famous", though, not "nationally famous". Every provincial region has these artists, it's not really what OP means. (Fishbone possibly make the cut, though. They fall into that category of bands like the Grateful Dead that are well known outside the US but are proportionately much more successful inside the US because of that relentless domestic touring schedule that lasted decades.)

One of the best examples from Australia is Powderfinger, who could probably couldn't stand in a room together drinking beer without drawing a crowd of twenty thousand at this point. I've seen them live a few times and TBH never thought they were very good, but the average Australian thinks they sweat gold and bleed platinum for some reason.

New Zealand probably has an analogous example from the same period in Shihad though they weren't as absurdly popular as Powderfinger were. Other examples of 'beloved national treasure' status going back three or four decades features John Farnham and Dave Dobbin.

Both Australian and NZ hip-hop and R&B is filled with artists unlikely to ever be popular outside their home markets because Americans don't want to hear rapping in a foreign accent. For example this and this and this.

There's probably more people here familiar with CanCon than me, but I know a lot of Canadians who have a cringe reflex for a lot of massively popular stuff from there that made no impact in the lower fifty.

Aaaand a second post - I'm currently trapped in Australia because of Covid-19, but by preference and occupation I would be living in Turkey, so I'm going to make some recommendations for the Turkish music industry which is huge and underrepresented.

Selda - Ince ince. You may recognize that heavily sampled riff.

Murda & Ezhel - Made in Turkey

Ceza - Holocaust. Which may be the fast rapping I've ever heard.


Both these genres are absolute rabbitholes. Explore at your own risk.
You must log in or register to reply here.