Why is audio so angry?

Ok, this is not really a question. More of an assertion and a suggestion.

Listening to music is a hobby with very few table stakes. You are either happy or not happy with what you hear.

Why so much passion? Why so many (predominantly) males asserting or arguing?

Whether we talk about MQA or DSD, perhaps we can just smile and remember that we have a basic goal of hearing music that is nice, and that is enough.

The measurements - pro and con - are just another level in having fun in this hobby.

shanecoughlan said:
Why so much passion? Why so many (predominantly) males asserting or arguing?
Click to expand...
Males of most mammalian species posture and fight for dominance of whatever arena they happen to be occupying. Why would humans be any different? We're just highly intelligent Great Apes after all...

BillG said:
Males of most mammalian species posture and fight for dominance of whatever arena they happen to be occupying. Why would humans be any different? We're just highly intelligent Great Apes...
Click to expand...
You win this thread. Not arguments to that.

shanecoughlan said:
You win this thread. Not arguments to that.
Click to expand...

What the OP said could apply to just about anything.
Then your life becomes a travelogue
Of picture-post-card-charms

I agree in principle, but I can also see various reasons why people get fired up (without meaning to imply these are necessarily justifications):
My 2c. 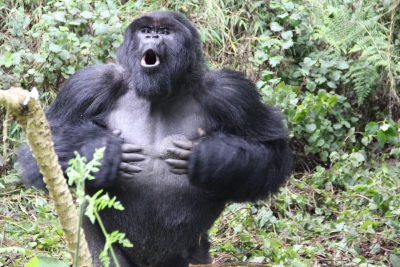 Xulonn said:
View attachment 27020
Click to expand...
Yeah, I've reached silverback status in my own life and young upstarts still try to challenge me to this very day. None of them have won yet, though...

The answer to the question is:
Because it is close to the audio-lover's heart, 'audio religion' is sacred.
Last edited: May 31, 2019
People have a tendency to overestimate their hearing capabilities.
Use your ears to listen to music not as an analyzer.

Looks like a question to me. The question mark sort of gives it away.
I've got an answer. 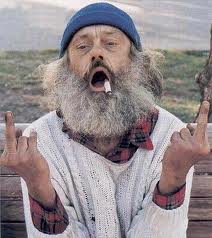 shanecoughlan said:
Why so much passion? Why so many (predominantly) males asserting or arguing?
Click to expand...
SCREW YOU, DIRTBAG, I'M NOT ANGRY!!!!
Truth is often less sensational than pseudo-science or witchcraft. - James Moir

A lot of problems appear to be attributable to clashes in belief systems or personal/professional interest. Manifestations of these include:

1. militant stupidity... people who abjectly refuse to accept the laws of physics, objective measurement, etc. when the results go against their subjective views;

2. blind bias, where (for example) all devices from a manufacturer are good because the person owns one of their components; and

3. Sock puppeting, where a participant representing themselves as an average Joe, but unknown to others is employed in the business, attempts to shape discussion or sway opinion for personal or corporate gain.
Not affiliated with any company selling audio, music, or related services.

"Schrödinger's Audiophile" is a thought experiment used to broaden our understanding of audiophiles. The experiment starts with the proposition that audiophiles have the potential to be either rational or irrational. It ends when an audiophile opens the door to their personal echo chamber to post something that is either incredibly wise or profoundly stupid. (Awaiting IEEE Glossary approval)

I'm sure there are flame wars on Buddhist forums about total minutia.

P.s. I know an angry Buddhist.

Ron Texas said:
What the OP said could apply to just about anything.
Click to expand...
Well said.

I have found that many people seem to be angry about a lot of things anymore and what typically happens online (or on the freeway) is they vent that built up anger over something small. I think the built up anger at a multitude of different things turns peoples response from one that increases slowly towards full anger to basically an on/off switch where it all comes out at once.

BillG said:
Males of most mammalian species posture and fight for dominance of whatever arena they happen to be occupying. Why would humans be any different? We're just highly intelligent Great Apes after all...
Click to expand...
Combine that built up anger with a feeling of not being respected and things get ugly fast.

There was recently a news story about a road rage incident that ended up with the angry driver following the other one into a parking lot. As the other driver was walking into the store the angry one ran up and stabbed him. Witnesses said the angry driver then stepped back in horror and immediately began trying to help the guy he'd just stabbed.

Either it is just that there are a lot more people crowded together or as a group we are losing our ability to control our anger response. I see it all the time on my commute. 20 years ago I'd see one or two cars a week swerving in and out of traffic, cutting people off and basically driving like an idiot and a tiny number of other drivers responding aggressively to the idiots. Now it is a several times a day occurrence.

I think it creates a bad situation when you take the fact that a lot of people have life situations (home, job, relationship etc) they aren't happy about or don't feel they have the respect they deserve and combine it with internet comments, forums and reviews giving them a feeling that their opinion matters to the point that it has become fact.

The anger right under the surface is just waiting to burst out when their authority is questioned be it physically or someone questioning their opinion.
Last edited: May 31, 2019

I try to not get angry, but I don't always succeed.
Then your life becomes a travelogue
Of picture-post-card-charms

From an ancient post of mine on another forum:

People like to help each other, and do not like it when their help is questioned. Beliefs enter into it, people get riled, conversation degenerates.

A: I just added a new Pet Rock to my system, the imaging is better, a veil was lifted, bass is better, you have to get one of these!
B. I do not see how a pet rock can do any of that. Have you measured the system?
A: Why would I care about measurements? I can hear it!
B. There's no way a pet rock can do that. Without measurements, you have no proof.
A: What do you mean "no proof"? Didn't I just say I can hear a difference?
B: That is not proof. You need to run a controlled test, have somebody place and remove the pet rock several times and see if you can tell when it is there.
A: I don't need some test, I can tell it works! And I just had my friend over and he heard it too so there!
B: That's ridiculous you are both nuts. I'm just trying to save you money.
A: OK, I found an article by the Pet Rock Sound chief engineer. I don't understand it, but he says it aligns the molecular flow of the universe inside my room and that's why it works.
B: Sounds like marketing. What measurements did they take?
A: There's a graph, it shows ripples in the force without the Pet Rock that are gone when it is added. Happy now?
B: No, that is meaningless. You are all mad.
A: Well, prove it! Measure the molecular flow with and without a Pet Rock and see the difference! Then you can see and show us all why it works.
B: That is nuts and I don't have anything like that kind of equipment.
A: Then you can't prove it doesn't work! You're a geek with no ears!
B: You have so much expectation bias it is running out of your ears. No wonder you think you hear something.
A; Snooty objectivist scumbag.
B: Ignorant gullible subjectivist.
<Thread closed>

THIS IS ONLY AN EXAMPLE! No relation to any actual people, audio systems, or Pet Rocks is implied. No Pet Rocks were harmed in the making of this post.
Don
"After silence, that which best expresses the inexpressible, is music" - Aldous Huxley

How big was the rock?

As far as the specific dynamic of overheated debate in this particular hobby, I'd attribute it to two main factors:

First, as has been noted (or at least strongly implied) above, audio is an unusual combination of objective and subjective elements. It's all about electronic devices and measurements, but also about subjective, impressionistic experience. I'm sure people fight all the time in computer forums, for example - but as far as I know they share an underlying consensus about the boundaries between objective measurements and subjective experience that we audio folks don't. For example, they measure speed via benchmarks, and they don't (as far as I know) have a segment of their community that insists that certain systems are faster despite benchmarking slower. Conversely, when someone says a system "feels faster in everyday use," people don't tell that person they're crazy - it's well understood that benchmarks don't fully predict actual responsiveness across the various real-world use scenarios that people might put their computers through. Everyone seems to get that benchmarks are reliable ways of understanding the relative capabilities of computer components - and they also get that the individual, real-world experience of an assembled system is something that can deviate from the measurements, but also not something that should be treated with equal universality and objective status as the measurements. They also appear to have a fairly well-developed set of explanations and hypotheses for divergence between benchmarks and real-world use - for example, a faster-clocked single-core CPU might actually perform better with an app that doesn't take advantage of multiple cores, while a slower-clocked dual-core CPU will soundly beat the single-core CPU using apps that are multi-core aware.

The second issue I see is far from unique to audio, but I think audio is a major example of it: the hobby tends to draw a lot of people to it who are (a) very detail-oriented and (b) male. With a critical mass of folks like that, you're going to get a lot of impassioned arguing over small issues and tiny nuances. The entire audiophile hobby, for some people, is the pursuit of that "final 5%" or "final 1%" of audio quality (that's not how I see the hobby myself, but many do). When you're hyper-invested (emotionally and financially) in such small gradations of sensory perception, pitched battles over subtleties are going to ensue.

RayDunzl said:
How big was the rock?

They appear to love sitting in the warm glow of Lava Lamps... Sonic bliss!

The impact of moving my hand depends upon the position; little impact if behind my back, more so if out to the side and moved around, major change if cupped behind my ear.
Don
"After silence, that which best expresses the inexpressible, is music" - Aldous Huxley

tmtomh said:
For example, they measure speed via benchmarks, and they don't (as far as I know) have a segment of their community that insists that certain systems are faster despite benchmarking slower.
Click to expand...
You have obviously been saved the worst of the Mac Vs PC debate, where tribal loyalty trumps all logic.
You must log in or register to reply here.
Share: Facebook Google+ Reddit Pinterest Tumblr WhatsApp Email Link