What was your best (and worst) audio purchase for the dollar?

Best:
B&W P7 - lotta money for a headphone (imho), but I use them for hours daily and they're comfy. They're holding up really well. £60/year
Rotel RCD-02 - 17 years in, has worked flawlessly, is simple and has nice tray ejection. My only regret is a lack of digital out, but the burr brown pcm1732 specs look fairly respectable. £20/year of service

Worst:
AudioQuisling Dragonfly Red - nice paint, but that's it. Still using it as my PC has no better output. It sounds fine, but so does the dongle that came with the phone. £56/year so far.

Whatever silver-ish speaker cable I bought ages ago. It was about £10/meter but even that seems a lot in the face of physics.

Beyerdynamic IEM predecessor to the Byron. Pretty bright and I've never really loved them. Now they've been turned into a sticky mess by antiviral sanitation in the office :/

Best:
Dali Zensor 1 Bookshelf's
Dali E-12F Subwoofer (Was purchsed for a stupidloy low price, amazing sound for window rattle to $)
Matrix M-Stage Headphone Amplifier (Gen 1) (Purchased second hand, was very cheap, and it powers any type of headphones I have used)
Fostex TH-600 Headphones (Best all-rounders for me.. very pricey at the time though..)

Worst:
Yamaha NS-555 Floorstanding Speakers (The aesthetics is it's only positive feature. Sounded muddy & far too flat..)
Wharfedale SW-150 (Absolutely revolting bass)
Onkyo A-9050 (Had to get it repaired twice in the first year of ownership.. got rid of it)
Onkyo A-9070 (Was convinced to buy this after it.. had an issue within 4 months.. got rid of it)
Musical Fidelity M1HPAP (Great build quality, nice finish.. lacked volume & priced too high)
Last edited: May 20, 2021
Current Setup

Best: This little APM2 DSP board and corresponding RCA breakout board for a total of €32. Whether you need a subwoofer crossover with high and low pass filters, loudness compensated volume control, source-independent EQ, tone control, switchable response curves, a mixer for two digital sources or any number of other functionalities, this criminally affordable DSP board is endlessly flexible.
If you don't own one, consider picking one up. 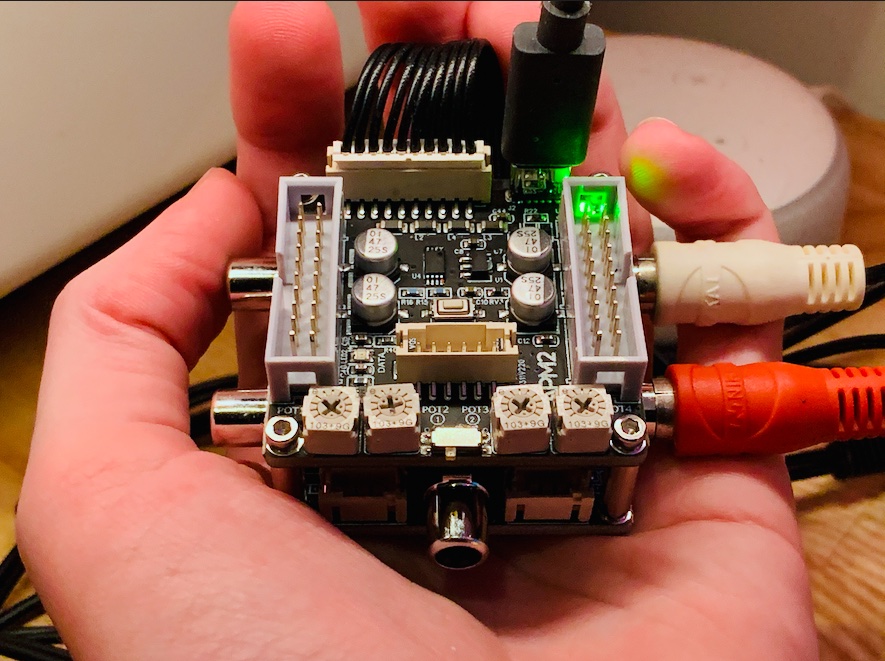 Worst: Monitor Audio BX2 passive speakers. They may look aesthetically pleasing but their rollercoaster of an on-axis response is most unpleasant. I suffered the misfortune of purchasing these on the advice of WhatHiFi (I'm sorry) more than a decade ago, prior to any real interest in audio. 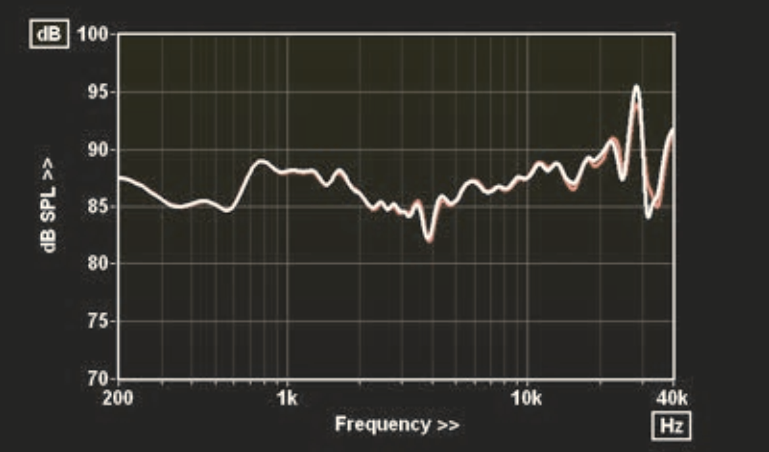 The audiophile community operates under the misapprehension that audibility precedes and often eludes measurement. In reality, the opposite is true.
If your eyes are open, then you are not trusting your ears.
D

best - Schiit Vidar amp
worst- Marantz 5007 CDP. Piece of junk. Never really worked right. Freeze-framed, didn't recognize the disc, it finally ate a disc and wouldn't eject it.
had to pry it open with a screwdriver. then tossed it.
J

What don't you like about the Atom? Curious because it's the only headamp I've ever used.
M

Loxjie P20 has more enjoyable sound for the same price.
MCTH has much, much better sound quality for $175

Worst for the money: Boston Acoustics T1030 speakers. I bought them used from an ad in the back of an audio magazine for $400 (pre-eBay) based on a D.B. Keele review. My first “real” speakers, but I never liked the sound of them all that much. I had really wanted the Paradigm 7se. Yet somehow I managed to keep them for 20+ years, landing in a spare room system. The four foam woofer surrounds rotted and had to be “re-foamed”. Both tweeters lost ferrofluid and had to be replaced. A damnable pair of speakers that I managed not to part ways with because … nostalgia.

Best for the money: KEF LS50 speakers. Long after the Bostons had been sidelined for a pair of Thiels, I needed a pair of speakers for an office system. Tried the Bostons, still sounded crappy. Replaced them with a used pair of LS50’s for half of retail and they sounded like miniature Thiels to my ears. Quite happy with those speakers now.
"I like big amps and I cannot lie!"
P

Best: Chinese T7 power amp from Aliexpress. I have had a few power amps in my system but this is by far the best. It does use 270W, even with no music playing but never mind. I have had it for many years and it is not going anywhere.
Oppo UDP-205. That was the steal of the century at it's retail price.
Audio Technica ATH-R70X.
Xiaomi Redmi 8 phone. It sounds great for the price.
Topping Pre90. I am still in the honeymoon phase so take this with a grain of salt but I find the sound very vivid and entertaining.
Oyaide cables. No nonsense and not stupidly expensive.

Worst: DIY tube buffer from Aliexpress. Sounds, ok, as long as you are happy with hissing and random popping sounds from time to time.
High ticket MP3 player. Sounds no better than the Redmi 8 phone.
Very expensive Stello pre amp bought because of gushing reviews. Mediocre.
Last edited: May 22, 2021

Another best:
Flirc case for Raspberry Pi 3 - I'm sure the aluminum case heatsink is overkill for use as a streamer, but the Pi looks right at home with my other audio gear.

A matter of the legendary CS43131 vs ALC4042 weak, noise-filled (on IEMs) garbage crab sound
The USB DAC amplifier/audio dongle/adapter assists in knowledge dissemination. When combined with the power of music, it could reduce hostility, bridge cultures, and improve writing skills. They could potentially replace desktop players and recorders.
Let's discuss Sony VAIO's consumers as Mastering engineers I DSD audio I SBM Direct I DSEE HX I VRML VR !

best: 80SGD (~60USD) for a single-driver bookshelf speaker. Mark Audio CHP-70 drivers, walnut-veneer enclosure from some Chinese cabinet OEM the Mark Audio distributor fitted the drivers just for testing. I firmly believe that a good single wideband driver passive is an underrated solution in the extreme budget price range (<150USD) for nearfield, where you either contend with meh passive stuff like Dayton B652 or suffer through the hiss of the active options. Something like a Scanspeak 10F/8414G10 with bulk discounts, a well-tuned box, and that's it. Hell, or a Vifa TC9 + cheap woofer. People overrate the bass they need frequently, especially non-enthusiasts. What's commonly thought of as bass is more of midbass 100Hz-300Hz, and a good 4" single driver plays loud enough nearfield for that, without having to suffer the dreadful crossover issues plaguing something like the Dayton. I would rather lose 15-20kHz (again, overrated especially for older listeners) and have much better integration around 2-5kHz.

But I wouldn't go with Mark Audio if I were to choose again. Their Chord/Harbeth-style pseudoscientific sophistry (cone boundary effects... extreme break-in periods of hundreds of hours... handwavy materials science buzzword dropping etc etc) is not to my taste. Scanspeak and Vifa make wonderful widebanders for all price ranges and less fluff.

worst: marantz PM6004 - what a POS death trap. Technically, given to me by my uncle, but we helped him shop for it. Pot went bad, caps went bad (twice), and finally the earth is screwed up so touching the enclosure gives you a buzz or a shock depending on your luck. I had a 90s Marantz Reference that only needed one repair in triple the lifespan. Caps went bad, but was a gradual deterioriation rather than catastrophic with the 6004.
T

Best: Behring DXC2496 digital active crossover. The unit has some problems and I ended up modifying it but overall it has given me the flexibility to build the speakers I want and get the sound I want at a very reasonable price. It's been in constant service for around 15 years now.

2nd Best: BL-409 waveguides from Parts Express for $12.00 each. They look funny but sound great! With a cap and some digital EQ I can use them with my JBL 2426 drivers to get smooth flat response from 600Hz to 20kHz. They've given the expensive 2426 a reason for being in my setup.

Worst: Creek 6060 integrated amplifier. This thing was relatively expensive, low on features, and didn't sound better in any way that I could tell from the less expensive SAE amp and Carver pre-amp I traded in towards it. After a couple of years it developed a weakness in the left channel, and that channel would also tune in a local country radio station.
Acoustic Sciences Corporation - Maker of the ASC TubeTrap
G

Oh boy. Well I should be considered lucky. Almost all my purchases/acquisitions have been star performers! If I had to select one best audio purchase, currently it would be my Sennheiser HD700, but not too far behind are my Emotiva XPA-1 gen 2 amps and my Axiom m80 speakers. All of which I consider to be steals.
The worst audio purchase was probably in the earlier days of computer audio and it was the Cambridge Soundworks PC Works. These were spectacularly sh*t speakers with an even worse subwoofer. I remember the many hours of listening to terrible sound quality on these. 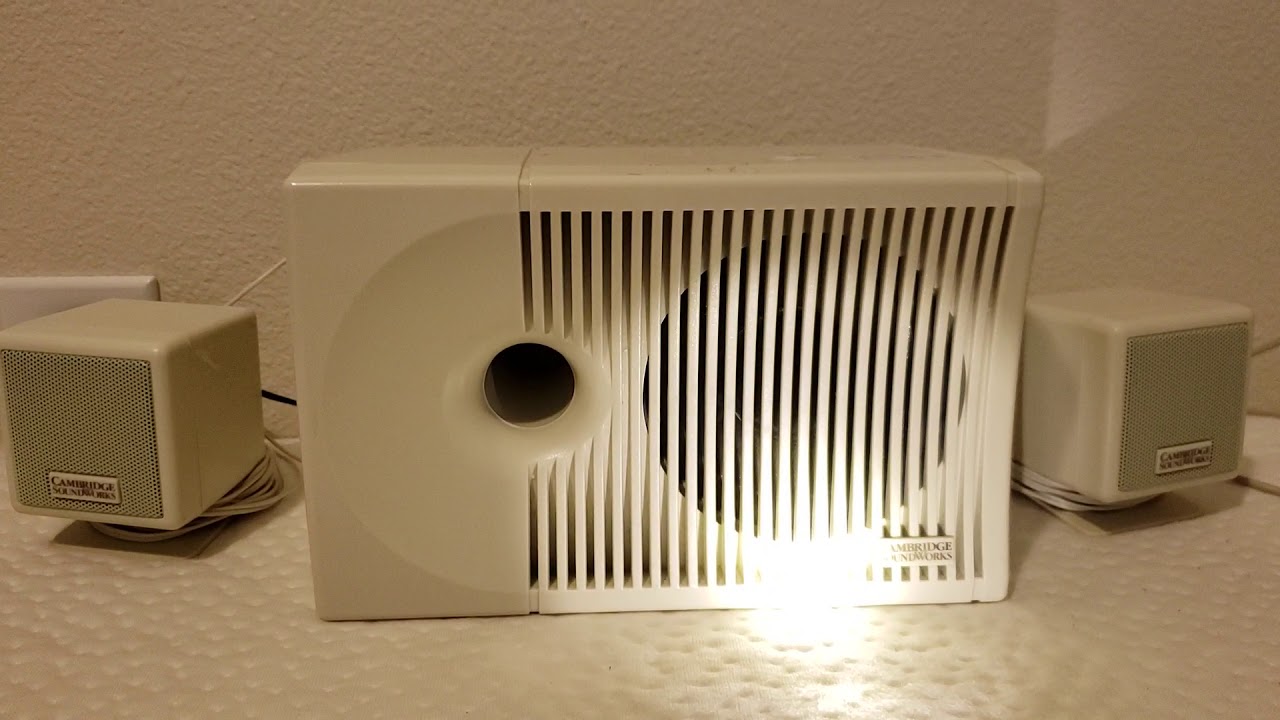 End of my urge to hear a better sound

Why replace the power supply for your router at all?
"I like big amps and I cannot lie!"

Angsty said:
Why replace the power supply for your router at all?
Click to expand...

Best:
#1: MBL preamp + power amp, special units customized by maker, bought ex-demo through "friends of friends";
#2: Topping D70S, which so far bested anything in the delta/sigma realm I threw at it.

Worst:
#1: Krell KAV 300i (if I correctly remember) integrated amplifier, a real pain to listen at.
You must log in or register to reply here.

Half of my Audioquest RCA interconnects failed
2 3

Sunday at 11:24 PM
Redver
R
J
Planned AV System Build. How does it look? Any Issues?