What visual magnification devices are you using and where can they be found or purchased?

I had a private message from a ASR member requesting details on where a good visual magnification device can be found. Rather than post the reply privately I made this post for public viewing.

They are sometimes difficult to find. Search for, "loupe." I've seen scientific supply websites sell them, sometimes electronic supply. To get a good one new I guess about ~$50.00 and up to hundreds of dollars.

Keep your eyes open for a parts unit camcorder with glass for parts. Also the earlier consumer saticon tube type or newvicon tube type camcorder with the longer glass lens assembly works sooperb. I mean finding a camcorder compound lens that unthreads and breaks down into multiple lenses for service and cleaning. Remove the front lens assembly, disassemble it, reverse it and look into it backwards and voila a high end loupe magnifier.... I've seen comparible new handhelds go for about $300.00 Canadian but they are rare.

I have also used a stereo microscope for QA/QC work on a articulating arm(Like a lamp arm.) so it can be swung out of the way but kept close at hand. I prefer a good glass handheld magnifier though because it can be moved in more positions and more angles of viewing than a stereo microscope.

Thank you, did not know there are so many options.
There are big ones on Amazon, lens quality is not very good on most.
OP

Panelhead said:
Thank you, did not know there are so many options.
There are big ones on Amazon, lens quality is not very good on most.
Click to expand...
After using a high quality glass magnifier you'll love it. Big bright viewing, good focal length that is not too close to the work surface and glass is virtually inert to chemicals and cleaners.

I use three individual articulated arm magnifiers of various dioptre magnification, depending on what is required. The 3-5 dioptre 6" diameter glass lens LED circumference illuminated (56 high intensity LEDs) ones get all the use as there is plenty of room between the job and the lens for a soldering iron, vac pump whatever.

For surface mount, there's no option other than a USB camera and they can be had from a few dollars up to thousands. Even a little $50 unit will be good enough for simple stuff. This is one I bought my 12yo son to use and it's good enough to do live SMD work on a 24" FHD LCD with only minimal lag. At 1200x800 there's virtually no lag. 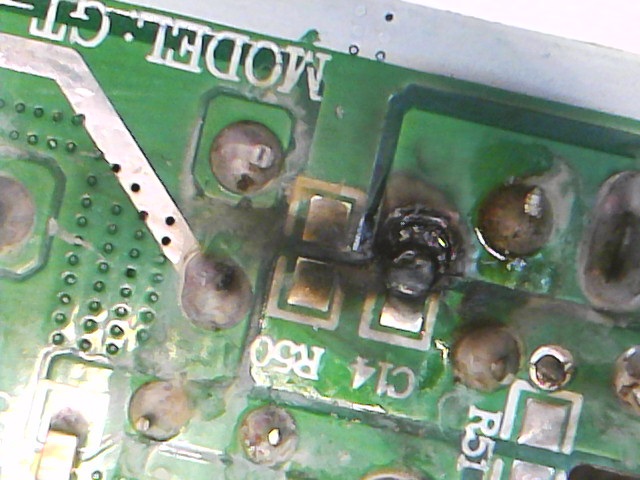 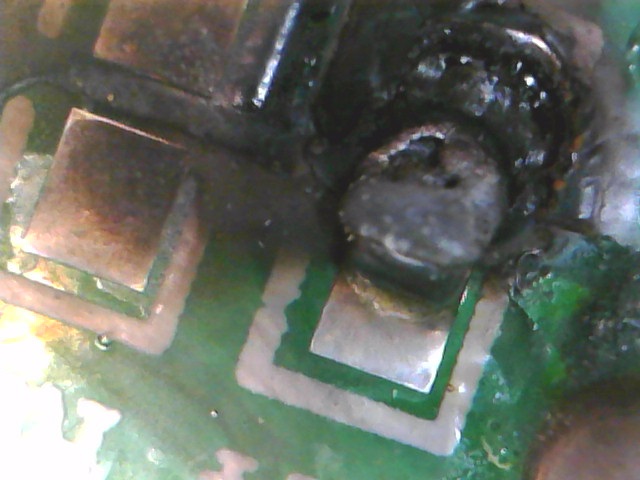 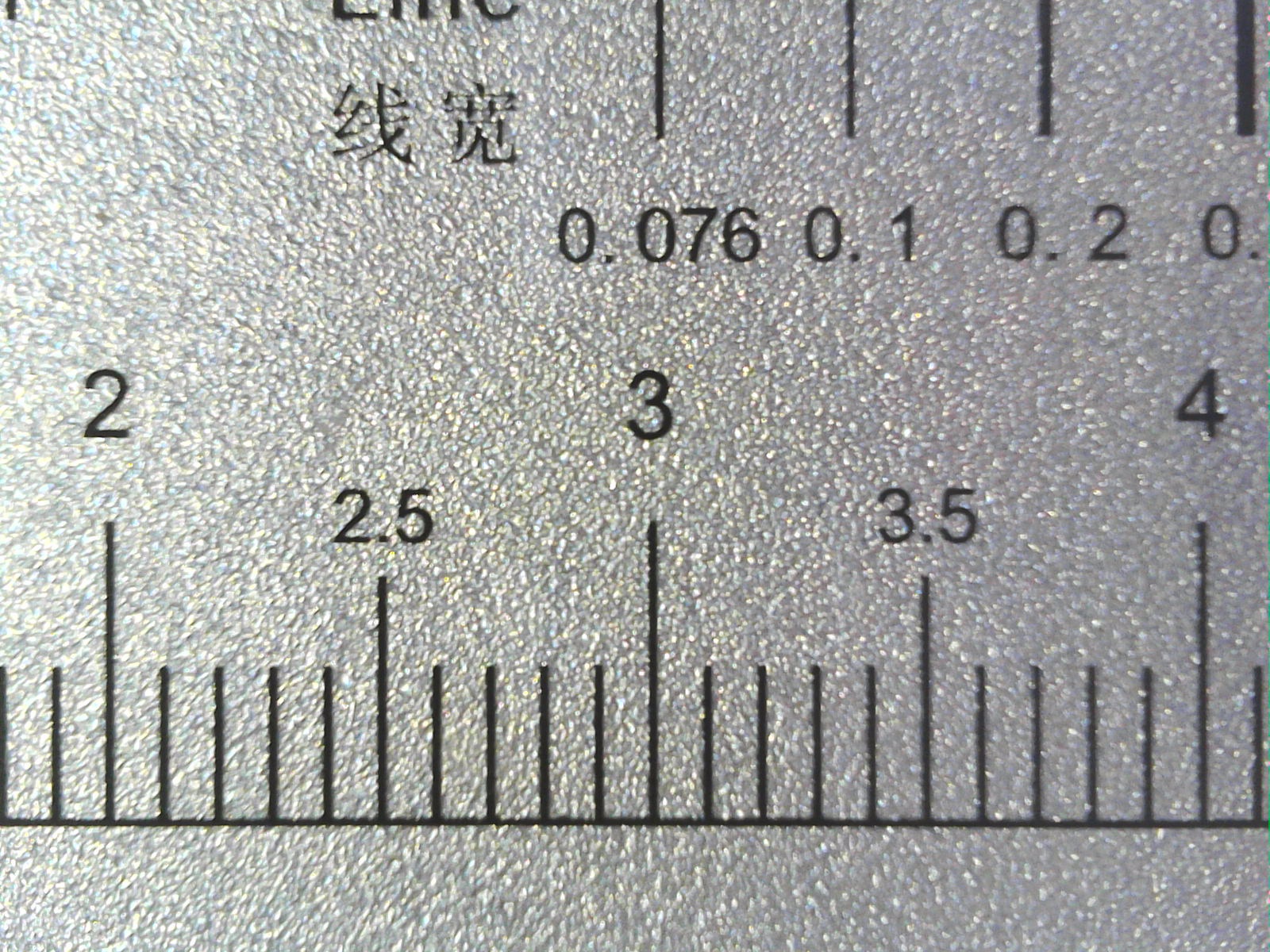 I have a great deal of specific knowledge on this topic. I was once a product manager for the importer of Zeiss east germany optical products.

This is sort of a golden age because on ebay you can buy surgical/dental loupes for very little money. I bought myself a pair in 1977 and paid a lot of money for it. But it was worth it especially now since every damn thing is so minaturized.

I like having a floating Dazor magnifier with a fluorescent ring light because to the extent you are magnifiying the field the light falling on it will be minified (ie the brightness will reduce more or less by the square of magnification) A large floating magnifying lens (ie simple magnifier) can also be looked through while wearing your surgical dental loupes OR using a magnifocuser. All these are available reasonably from ebay or the first link above.

Do not buy any head mounted loupe that claims more than about 4x magnification. Your head shakes too much. That is the range you start needing a stereoscope.

I would not agree with the advice about the video cam. I have had a lot of video C mount zoom lenses (and still do) and have never had any inclination to try and build a magnifier with them although you can find plans to do so. Using them backwards is inconvienient having to set the mag the focus and the working distance it the back focal distance for a C mount which does not give you much fightin room and if you solder flux will end up condensing on the lens. The flange focal distance which would be your working distance is 17.5mm or so.

There are many many ways to skin this particular cat and I will be pleased to assist any list member who wants some help.

Restorer John's advice about USB cams is good. Make sure you have a piece of glass to go between soldering and the front lens. Maybe an electronics fan to draw the smoke/vapor away.

Stereo zoom scopes mounted on long arms are very handy but the best thing to use is a surgical dental loupe. 1.5 to 3.5x range and about 12 inch working distance. With surgical loupes you have to specify both mag and working distance.

Hello everyone, I use with satisfaction for work also on SMD, the type of glasses with lenses from 1X to 3.5X magnification purchased on Amazon that you see in the picture.
In addition to these I have a USB microscope and I am trying to repair an optical viewer from MANTIS (a type used for decades for work) which I consider one of the best albeit expensive instruments 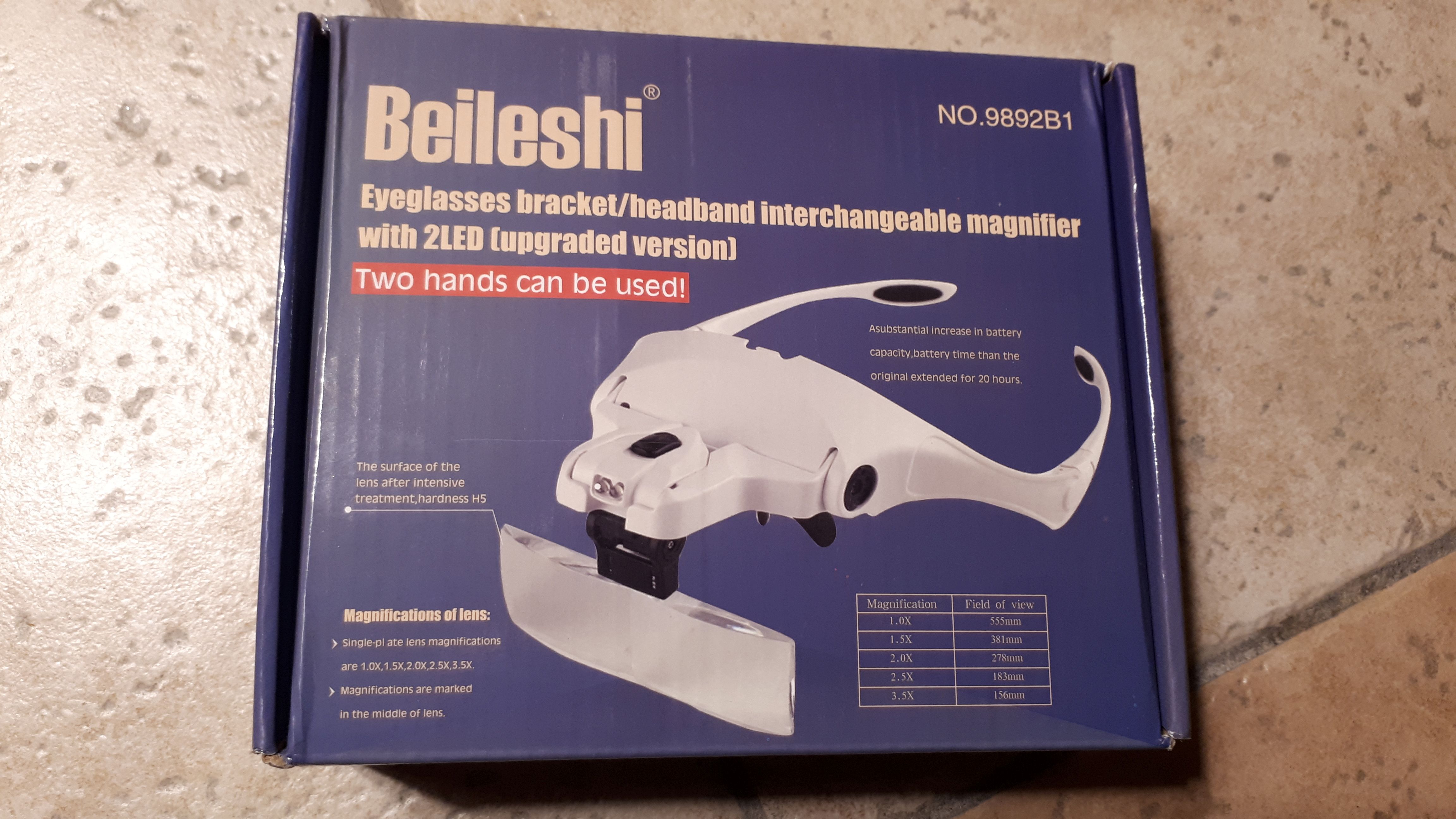 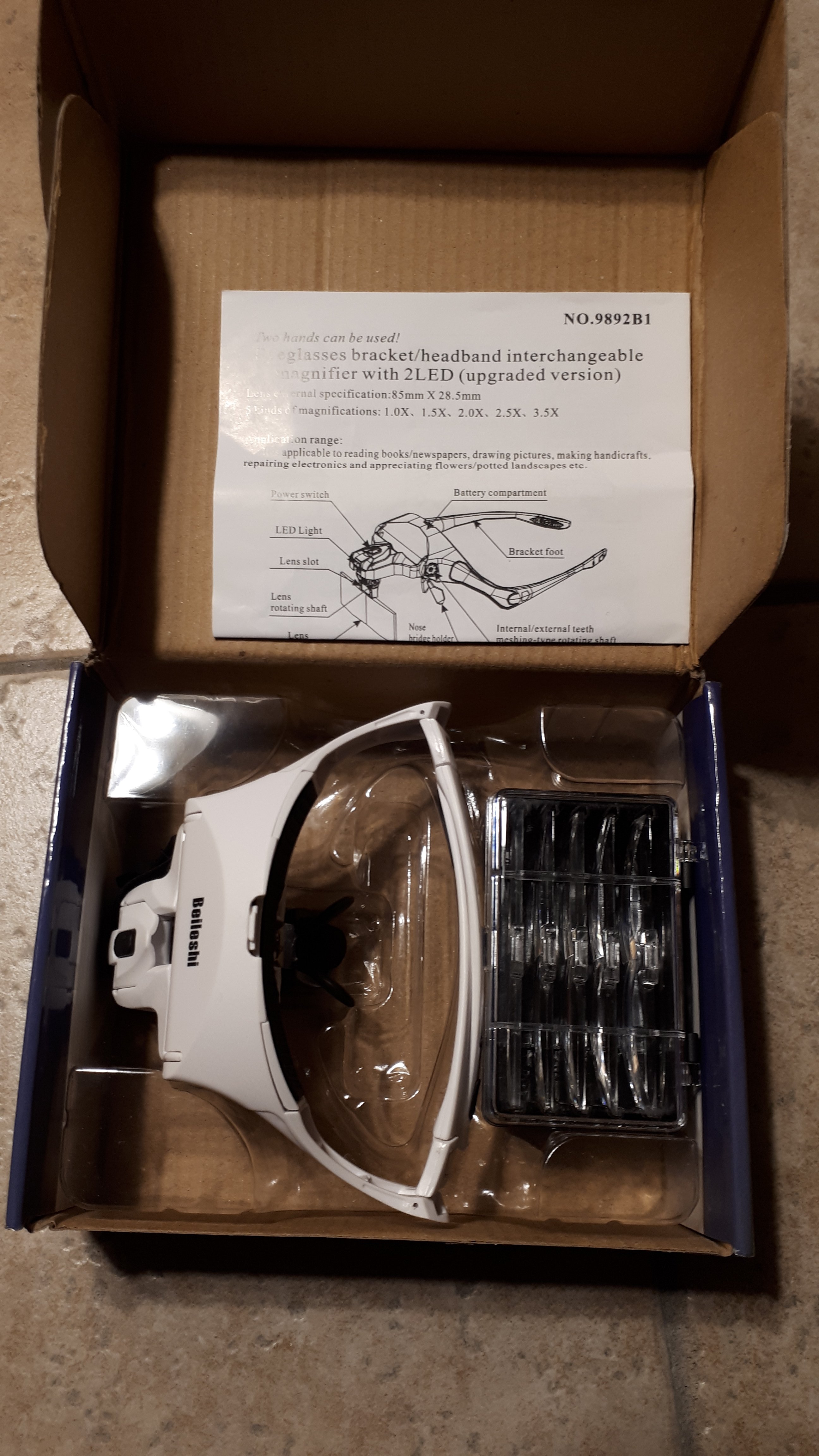 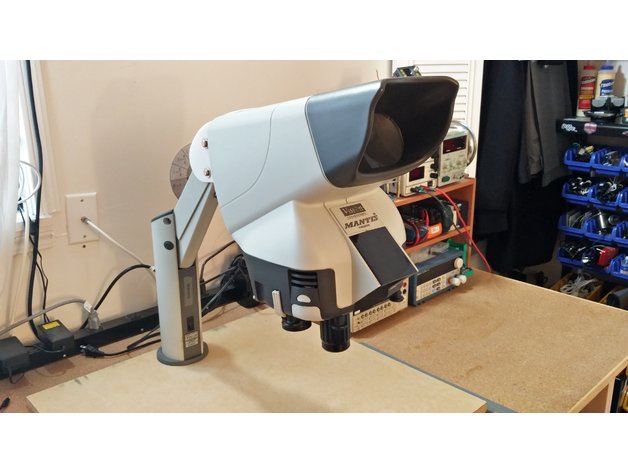 I have experimented with Vision Engineering gear and had a few pieces of it. However it is fundamentally pretty flawed.

If you take a regular stereoscope and look through it after it has been perfectly and carefully adjusted and focused what you should see is two bright circles of light centered on on your irises and pupils.

If you perform the same experiment with a Vision Engineering scope you will see as you converge them two very large circles that are centered on the same spot.

The objective in designing VE gear was to eliminate certain essential adjustments (primarily interpupillary distance but also relative focus between the two eyes, this latter being more difficult with VE gear) to make it "easier" for untrained people and crews of different people with different eyesight to all use the same scope, even with their own eyeglasses on.

The way VE accomplished this was to render the "exit pupil" (ie the circle of light projecting onto your iris diaphragm and pupil) very very large hence the big spotlight circle. All the light that does not enter your pupil is wasted.

This causes a great amount of optical inefficiency. Most of the light that could be tickling your retina , forming an image is instead wasted on your face. This is what allows the imprecise use of the scope because you don't have to bother to get the beams into your eyes. But then in order to get enough brightness a huge amount of light has to be thrown onto the subject. VE scopes typically have two 75 or 100 watt halogens routed though
fiber optics onto the subject. One set up that I had used a pair of 270 watt metal halide arc lamps. It was so bright that it had a six by six inch sunglass screen so you could look at the subject (it was a circuit board inspection set up with x-y movement) directly. I was concerned that it would sunburn my hands. It was as bright as a welding arc.

VE gear looks very sexy but the method used to increase the size of the exit pupil also suffers from limitations in the developed resolution. The optic involved is a spinning mirror with individual optical cells which rotate. It also was very pricey. But there used to be a lot of it available used.

The best stereoscopes ever made , period , end of story , bar none, were built by Wild of Heerbrugg Switzerland. They even beat Zeiss in the field of ophthalmic surgical microscopes (Zeiss would probably argue that) but for inspection stereos and photomacrographic gear nothing even comes close.

Somewhere I have a pair of oculars which will fit in a regular stereo and increase the size of the exit pupil made by VE. Their gear IS sexy and I couldn't resist these. Instead of the four or five inch spinning mirror each ocular has its own spinning disc probably with holographic lenses on it.
It enlarges the exit pupil but not as much. I bought it to try it out on one of my Wild scopes.

The head mounted item shown above is a good start for many people. They are reasonably priced and especially if/when they come with multiple lenses they offer some flexibility and they don't break the bank.
The original in that sphere was the Donegan OptiVisor which is still available and still a good buy in the USA. But there are lots of pretty interesting looking ones now that come from China. Often for even less money.

They (Wild Heerbrugg) started out making surveying and later photogrammetry equipment. During WWII the English had to smuggle some of their early gear out of neutral Switzerland so that all those Spitfire recon flights could be analysed. Nova did an episode about that.
Nova episode about Wild Heerbrugg

During the consolidation of the optical industry Wild went away and became "Leica" which is merely recycling of wonderful old trademarks
Last edited: Dec 28, 2019
Intro and System

I have these head mounted magnifiers...

I use the elasticated strap so they don't interfere with my glasses. They work fairly well although I had to repair the switch as the moulding was a little faulty.
Mobile: Samsung Note 9 512GB + 512GB with UAPP > Radsone ES100 > Moondrop Starfields
Desk: PC > Topping D50s > JDS Atom > AKG K712Pro or Massdrop x HifiMan HE4xx or Tannoy Reveal 402

There are clones of these on ebay too which are very reasonably priced.
Clone surgical dental loupes

You can see the resemblance the Chinese having copied them pretty well. There are Russian copies too.
Intro and System

Some time ago I could solder little tiny surface mount components with the naked eye: 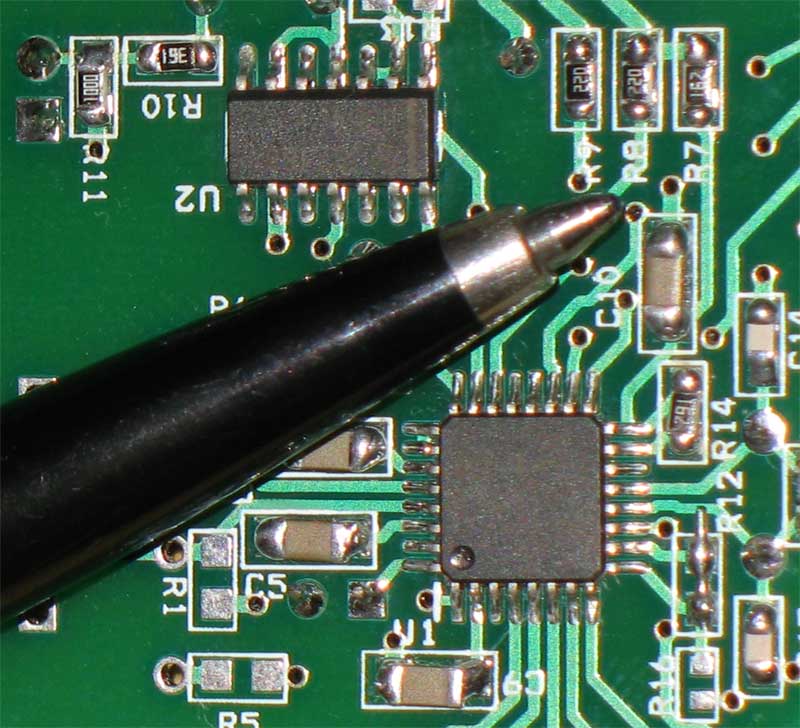 Now I can't read the date in the little window on my analogue watch without reading glasses.

Amazon is your friend. I purchased several to try out.
I have more than age related issues.

I use this to read my Bible each day. Led’s Are adjustable.

This is what I use to check board surgery or soldering 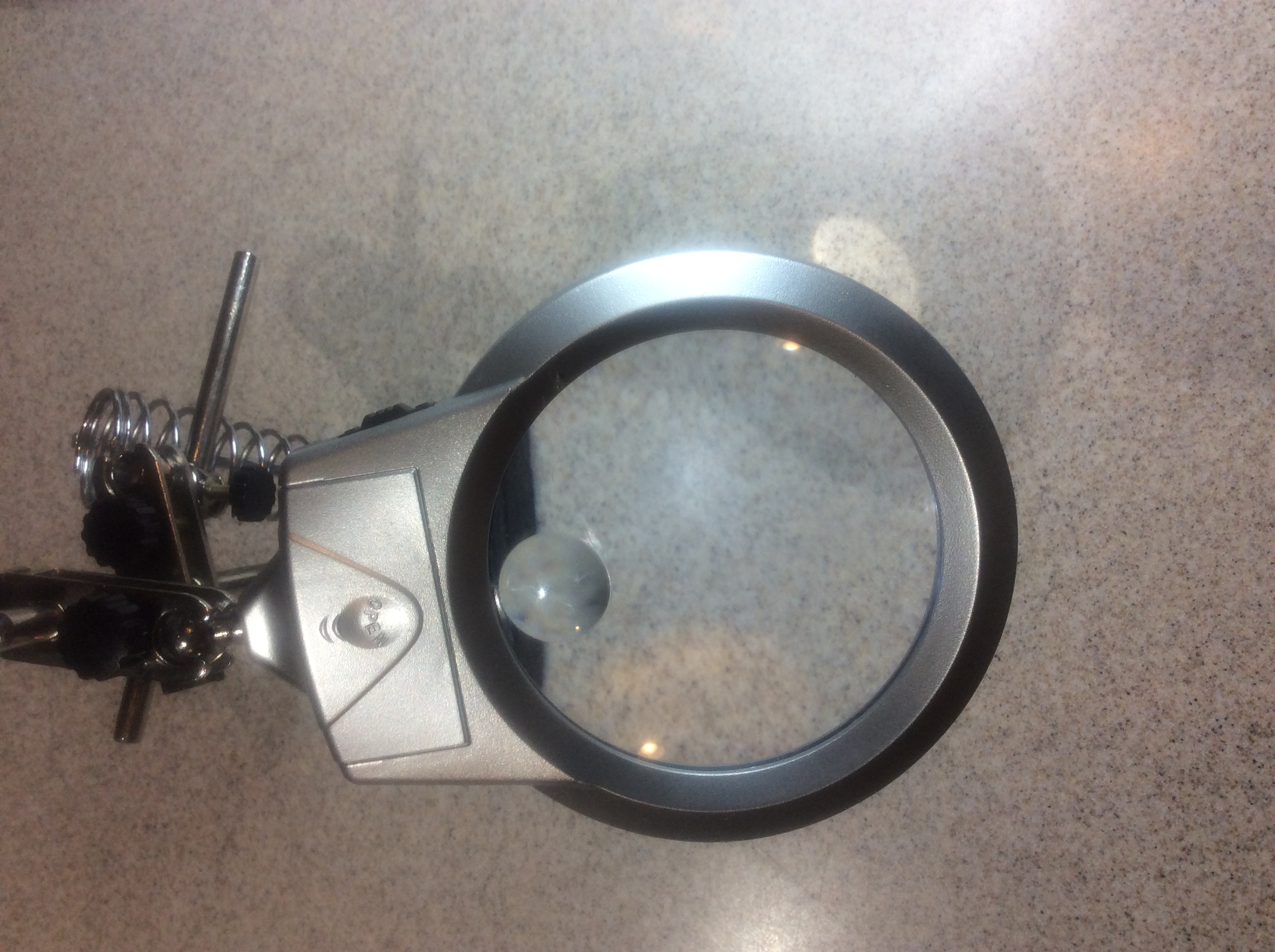 I have big Bertha here. Still learning to use easily. 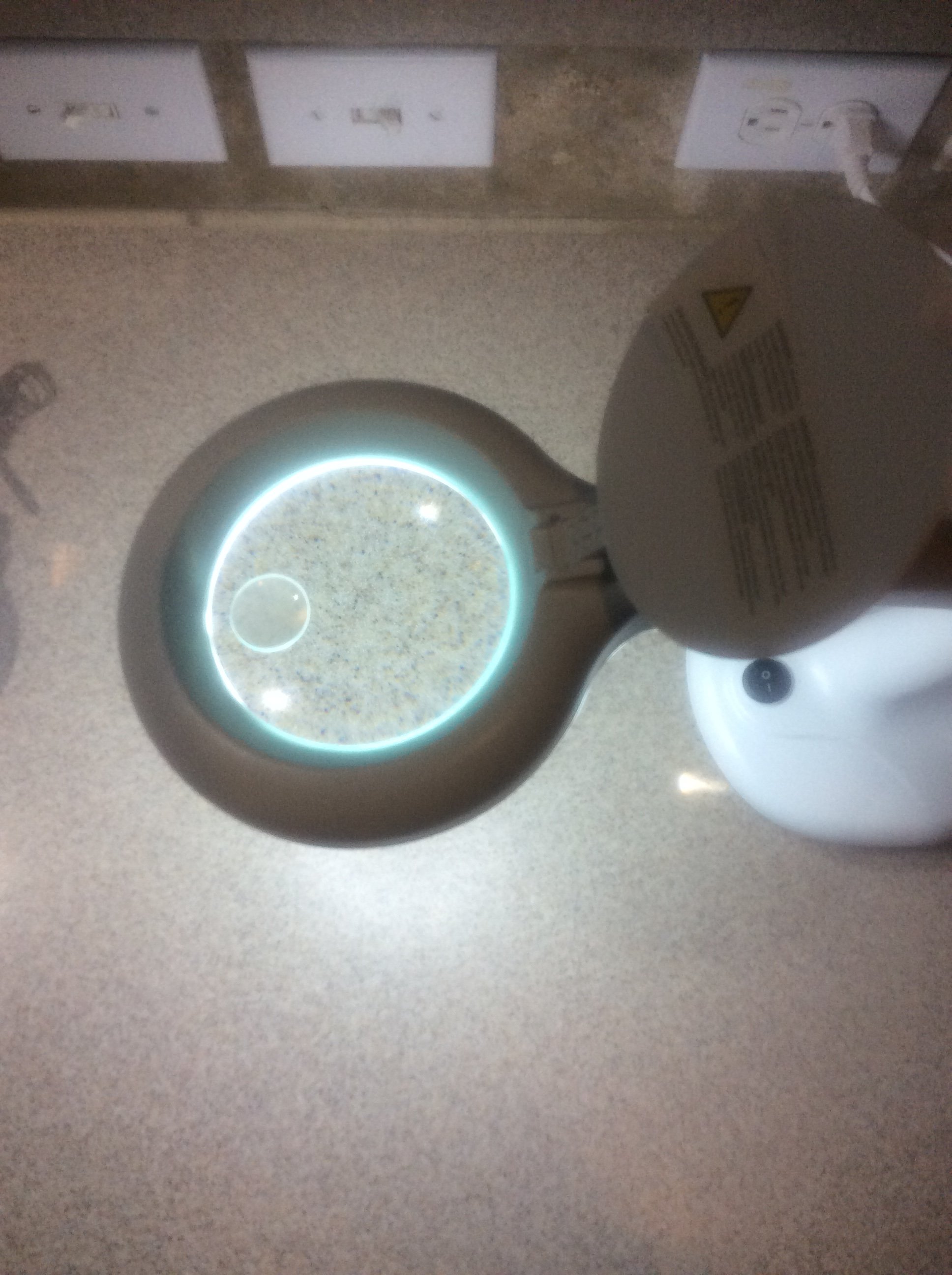 Have not tried this one. It was purchase for checking SMD work. 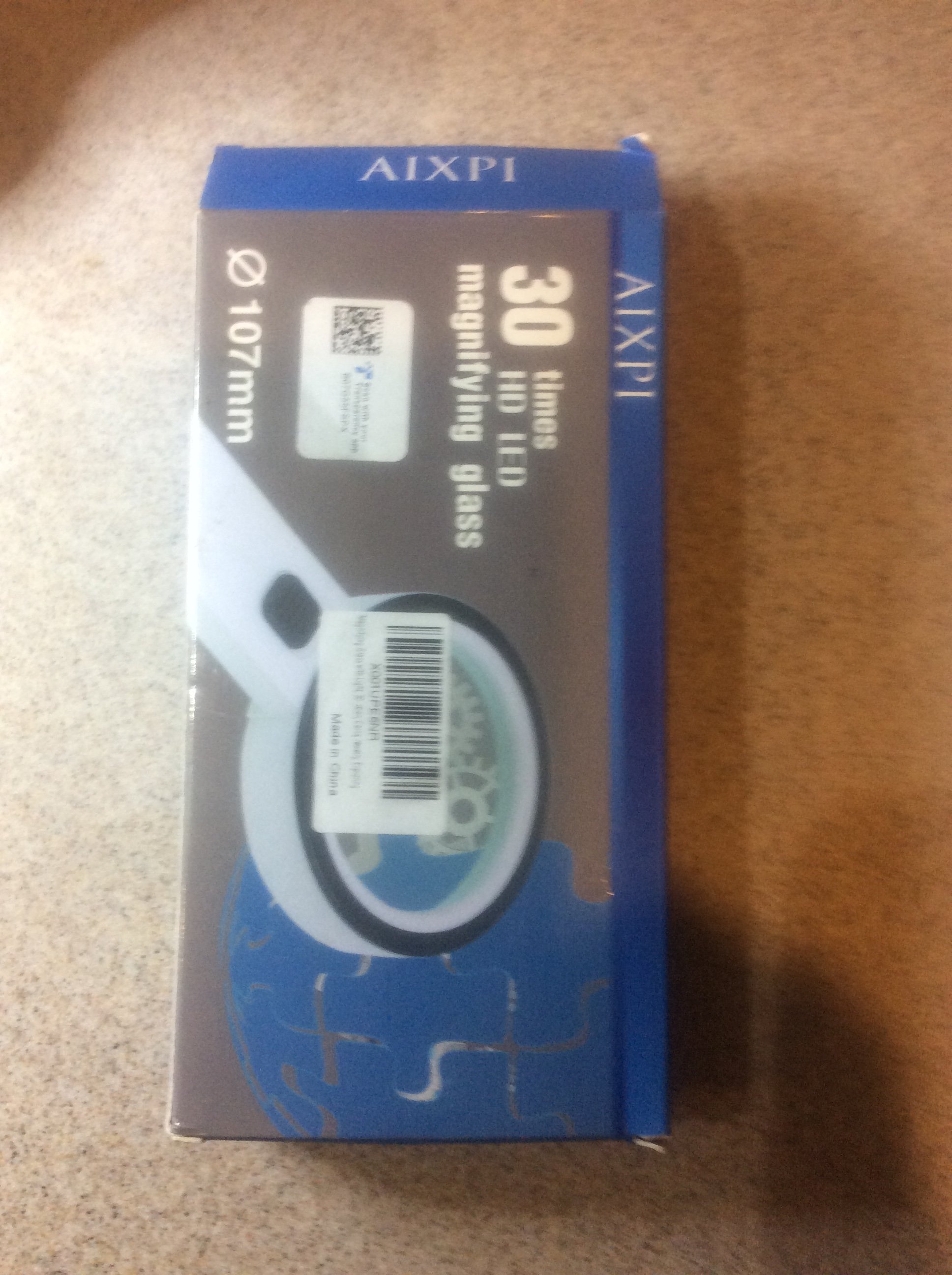 Count Arthur said:
Some time ago I could solder little tiny surface mount components with the naked eye
Click to expand... 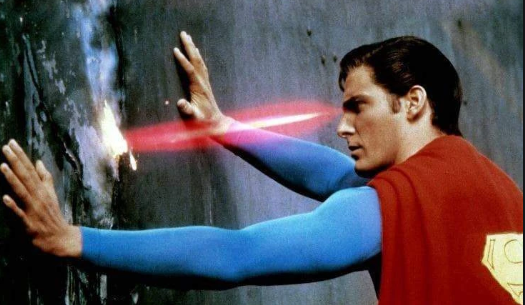