What are you listening to right now?

To this, the winner of the Queen Elisabeth contest for Violincello (aka Cello) in the "Palais des Beaux Arts (Palace of beautifull arts) in Brussels last week. I followed the whole final week of the contest on TV (it was broadcasted live) This Korean celiste Hayoung Choi was for me by far the best contestant and i was not alone with that opinion as she won the first price. They were all playing on a very high level altough (as the selection is very rigurous in the first rounds). In the final round she played a ridiculous good concert with the compulsory work "5 Albumblätter" by Jörg Widmann (a custom composition for this contest) and the concerto of her choice, the "Cello Concerto" by Witold Lutoslawski. This performance should be soon availeble on cd, at least that happens each year with the best performances. The Orchestra is the Brussels Philharmonic and the conductor is Stéphane Denéve (France). The video is recorded by the RTBF (the french language part of the Belgian national television) and was broadcasted live on the national television in all parts of Belgium.


https://koninginelisabethwedstrijd....U0IhV6f6aEAz64-YkJ5_C0kHLPILMbYSZ0ce0FMNK00jE
(click on the video of the final, i can't link direct from this site).
Last edited: Jun 6, 2022
6

Martinvb said:
Definitely! It is how small the musical circles were of people in those days, in which freely experimenting spirits (much less preoccupied with a commercial drive than nowadays) could produce a whole new sound that could define a new generation. I have a lifetime fascination for King Crimson and it’s founder, Robert Fripp. It now turns out that he also was connected to the Pentangle bubble. And indeed, you can hear many similarities (although I believe he really took off when he started working with the likes of Bowie and Eno).
Click to expand...

I hear (or heard) it throughout most british genre's even if they were seemingly unrelated.

One thing throughout is the incorporation of huge musical range, along with timing that gave it a spatial sound, even if recorded in mono!

To be totally cliche' about it - it seems that when you give a relatively reserved British artist an avenue to explore and utilize and open up their range - they go for it, seemingly unconsciously! Like being freed from a cage and it's almost like taking a walking/jogging/running tour through the country - be it folk, rock, pop, heck even punk at times - whatever - that seductive *range* is something I keyed on very early in my childhood.

The British "vista" as I call it, can go for miles mentally.

To give credit to Fripp though - for me he is a master of range, and used it *all* - from going to "wall of sound" when needed, to monotonic and all ranges in between. Almost too much to take in during one session.
A

sdiver68 said:
Thought it might be good to start a thread of what we are listening to that makes all of our time and energy in this hobby worth it.

An all time favorite. Required listening for blues fans.

Barbara Lewis' 1963 hit song "Hello Stranger" brings back a lot of memories for us old guys. And I think Ms Lewis would approve of this marvelous and faithfully rendered 1977 cover by Yvonne Elliman:

Listening to Apple Music stations of IBIZA Disco. Via Bluetooth on my new Fiio K9. Sounds as good as lossless.

Strive not for validation, but rather to be valued

Strive not for validation, but rather to be valued

The Smile's A light for Attracting Attention: 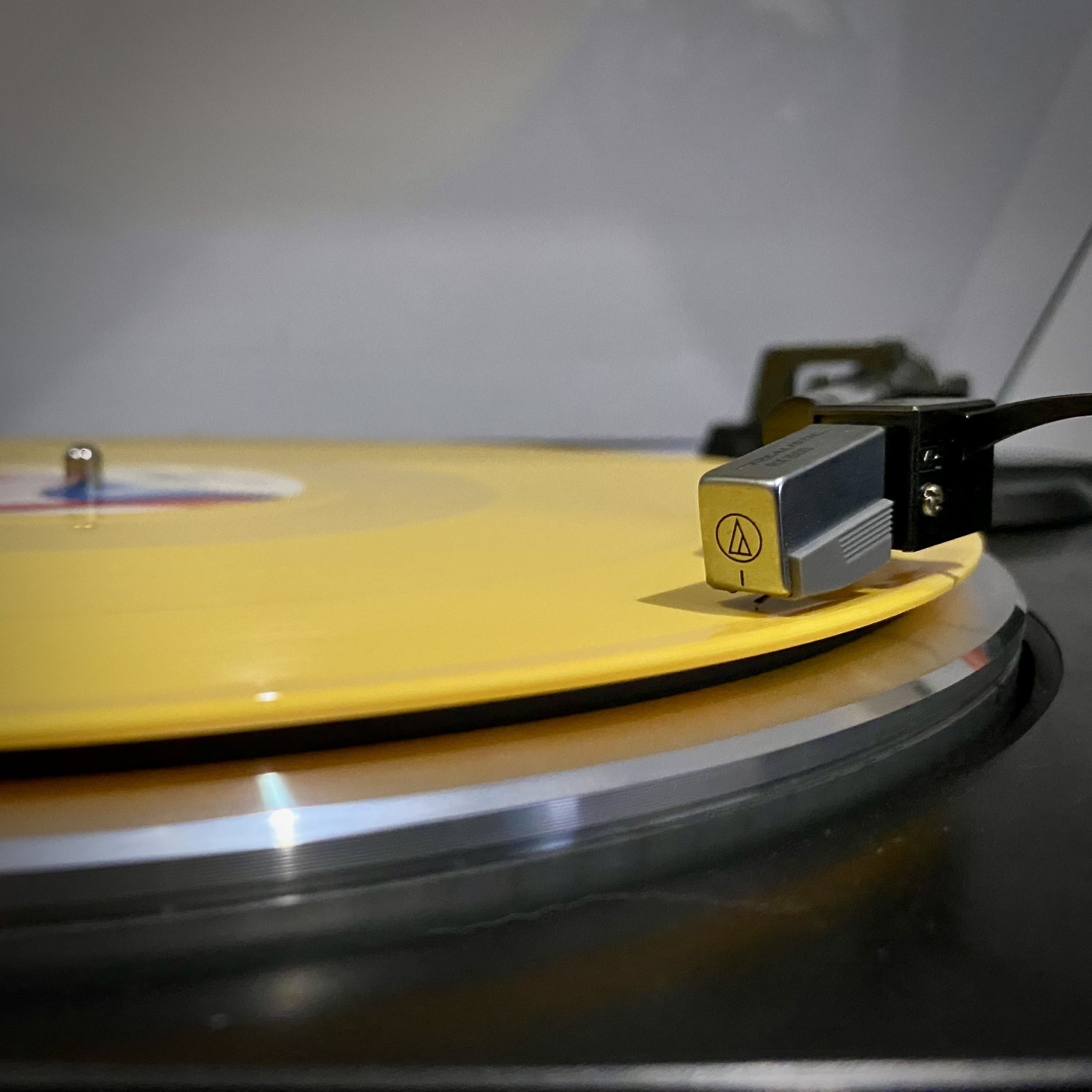 Taking the leap of (non)faith ... and thank you

Mar 24, 2022
fricccolodics
F
L
Do I Need a Better Preamp or Source Selector?