Oh thanks Amir! These are my main cans for now (1st version, you have the upgraded onw, new headbamd etc, but I have these perforeted leather earpads too) and after EQ experiments (oratory measured them earlier) I just left them as is. Just gerat and enjoyable sound on almost every track.
P

solderdude said:
119dB/V is indeed high for a planar.
The 6.6 ohm is a bit on the low side.
A possible downside that some portable devices may not have 150mA output current capabilities to reach the 1V.
Another possible issue is that the cable resistance can start to play a role.

I hope Igor (@Garuspik) addressed the failing drivers and channel imbalance (some drivers became higher impedance, possibly a poor contact inside) and some tinkering with pads he made.
It always kept me from buying on.
Good effort. He planned to launch a Verum-2 and wanted to make a higher resistance version but it seems only the Verum-1 is available.
Lots of talk on SBAF from the early days. He was well liked until the incident there mentioned in the OP.

Also measured by Oratory and Crinacle
Click to expand...

May I ask what role the cable resistance could play?

As for the Issue you mention, I don't know but a handful of bad experiences mentioned on a forum is not significant data to really assess that there is issues with failing drivers or channel imbalance i think. S**t happens to any brands, It's about how they handle it in post sale service that matter. Of course hugely popular brands, the flow of love make these complains drown. But for small volume Items like that, complaints will always pop up even if it's a tiny percentage of occurrence. That's the world wide web, unhappy people have a disproportionate voice, they are vocal. Happy people just enjoy and listen to music, won't take the time to go write how great it is. It's tough being small in this business.

Personally, I look at this and this is awesome performance at that price, specially for those not fully in agreement with Harman bass, and there are out there. This at least don't roll off like most dynamics.

As for channel balance, wow. When reading your comment I went back to see if it was sent by the company, but no, Just a customer. That's awesome matching, that show real care there I'd say. Not really fond of the look but it's just me. Good stuff, Congratulations to this one guy company. It's impressive.

Madjalapeno said:
He's located in Kharkov, which is being bombed to hell right now.
Click to expand...

For a closer look...

Ukrainian General Staff: 150 children evacuated from an orphanage in Kharkiv with the help of marines and national police. Live Universal Awareness Map Liveuamap is a leading independent global news and information site dedicated to factual reporting of a variety of important topics including...

This headphones should be renamed VERUM COR.

PeteL said:
May I ask what role the cable resistance could play?
Click to expand...

It would be more the connector resistance and common ground resistance on the source side. A very low load R could affect stereo imaging.
Some small added resistance somewhere in the connector/socket will have audible consequences sooner/worse than say a 32 ohm headphone.
Last edited: Mar 6, 2022
People have a tendency to overestimate their hearing capabilities.
Use your ears to listen to music not as an analyzer.

Well, I gotta say that this is an amazing achievement for a one person company to accomplish, I'm astounded by that and kudos to him! Like the review said, I'm very impressed with the channel matching, which should generally be a good omen for low unit to unit variation too, which is a very important aspect if you're gonna be using EQ's you find on the internet that are based off measurements - for instance if you use Amir's EQ here. In fact I'd be interested to know more about his production process, @amirm are you aware of how he's worked out his production process? He's assembling them himself or another company or how does his production process & quality control look? (I ask you another question at the end of this post in case you don't read my wall of text)

Regarding the frequency response, I'm super impressed with the linear bass & low distortion there. Frequency response looks quite nice & smooth to respond to EQ well, with the exception of the jaggedness between 7-9kHz, but that's quite common in a lot of planar headphones, and I think you could get overall tonality fairly sorted in that area with EQ, although it's not ideal.

The aesthetics of the headphone are certainly interesting & I'll say unique.....which is a plus point especially for a headphone that has been developed by one person - it should be unique as long as it's not excluding! Ha, it's got an S&M Klingon vibe to the design if that's even a thing! I do like the materials used and there's an element of visual quality associated with that.

I started ignoring the "Lack of bass" in all of the measurements. I think it seems inherent to almost ALL headphones tested, or at least most, and is not truly indicative of "Sounding lacking" when listening to music.
OP

Robbo99999 said:
@amirm , any word on any promises of unit to unit variation control & ranges from the man that makes this headphone?
Click to expand...

I don't know much about the operation of the company. I was assured this was a standard unit and NOT hand picked.
Amir
Founder, Audio Science Review
Founder, Madrona Digital
Review Thread Rules
My Technical Background
My YouTube Channel

amirm said:
I can't fathom how a single person could design and manufacture these headphones yet sell them for just $349.
Click to expand...

amirm said:
I don't know much about the operation of the company. I was assured this was a standard unit and NOT hand picked.
Click to expand...

Could you message the dude to find out how he operates, in terms of production & quality control in terms of how it relates to unit to unit variation? (And in general it would be just darn interesting how he goes about it all as a one man band!)
PC Setup: SoundblasterX G6 DAC -> JDS Labs Atom Headphone Amp -> AKG K702 & Sennheiser HD560s & Hifiman HE4XX & NAD HP50 & Sennheiser HD600 all EQ'd to Harman Curve.
TV/"Home theatre" Setup: Sony Bravia KDL42w653a (calibrated with Spyder4Pro and HCFR) -> miniDSP 2x4 -> JBL 308P Mkii Speakers (2-channel)
Music Listening Setup: (as TV/"Home theatre" Setup above except....) Laptop -> (REW/Equaliser APO) -> Topping E30 DAC -> JBL 308P Mkii Speakers (2-channel)
A

guys, Russia attacked Ukraine 11 days ago.
Verum Audio's CEO Igor is in Kharkov city (and production also is there) and city is bombarded by russians aircraft and rockets for about week.
Igor is ok but THIS IS WAR.

We have noticed. It was determined in another thread that ASR is not the place to discuss it, and so the thread was closed. 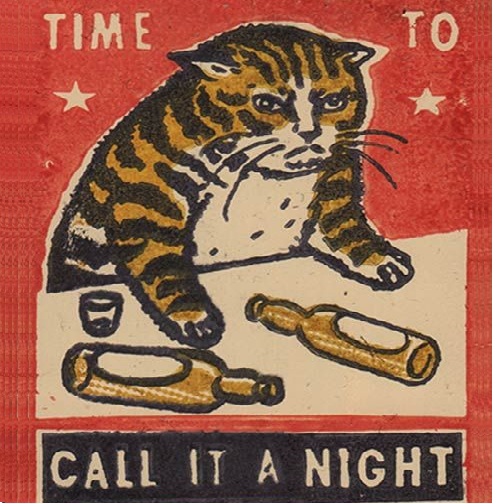 Igor as Verum Audio CEO/owner/maker asked me to say that due to current situation he can't poduce any headphones (there was a work on new model in progress). Please check https://www.verum-audio.com/ for any info or updates.

This is the best headphone under $1000 that you can buy for 350, performancewise.

The price is so low because on top of being made in a relatively inexpensive country for manufacturing, there's no dealer network adding 30 to 50% to the final cost, warranty is only granted if you ship the unit to Ukraine and pay for it, restocking fees are 50% of the price if you decide not to keep the unit after purchase. So while by price it seems to be trading blows with the sundara, had it had a price that factors in convenience for the customer it be competing with the Ananda and lcd2 classic, and right now with the edition xs too.

As an engineering feat, both in design and manufacturing, it's impressive that such a small operation can develop this level of performance.

Before the war in Ukraine I had some expectations for future products from the company but I find that to speak about it with the current situation is in poor taste, and while I have a very different take on life from the owner of the company I hope him and his relatives can survive the war.
DCA Aeon 2 Open - HFM Edition XS - HFM He400i 2020 - Beyer DT770
KZ ZS10 - KZ CRN - BLON BL-03 -Tripowin Mele
THX 887 - IFI Zen Can
Topping D10B - Shuoer D12 - FX-Audio DAC X6 - Apple Dongle EU

Very impressive, frequency response and distortion reminds me a lot of the HE6se, albeit a bit worse. Sensitivity is the opposite though.
@amirm how did these sound compared to the HE6se.
EqualizerAPO → Topping EX5 → HiFiMan HE6se no headphones at the moment
Topping EX5 → Hypex FA123 → Jim Holtz's Bordeaux
RME Fireface UC → Full custom 2.1 system in the studio
N

Suppa92 said:
have you listened to the both of them?
imho, I find sundaras very thin sounding and bit metallic like...
Click to expand...

Agree, the Sundara is really anemic, with borderline sibilant, artificial highs and thin bass.
The He400se is a bit more natrural for half the price, thats the real deal there.
But to be honest, i would rather avoid the Hifiman cans, because i like if i have some bass presence.
Last edited: Mar 6, 2022

He makes them himself. Basically everything. Pads and cable are bought. You can find a lot of information how he produces them on headfi and SBAF.
Love with your heart, but use your head for everything else.

Sadly made out of 100% Unobtainium, for now.

Suppa92 said:
have you listened to the both of them?
imho, I find sundaras very thin sounding and bit metallic like...
Click to expand...

NDRQ said:
Agree, the Sundara is really anemic, with borderline sibilant, artificial highs and thin bass.
The He400se is a bit more natrural for half the price, thats the real deal there.
But to be honest, i would rather avoid the Hifiman cans, because i like if i have some bass presence.
Click to expand...

Just EQ them, but if you're not gonna do that then yes you have to choose headphones based on the stock frequency response - but there are ultimately more qualities to a headphone beyond it's stock frequency response, so those that don't EQ are missing out on exploring the limits of different headphone models. There's no reason not to EQ unless you just can't in your use case, but normally there's a way, either at the source device using software or using something like Quidelix 5K (https://www.audiosciencereview.com/...qudelix-5k-bluetooth-dac-headphone-amp.17386/ ) which is independent of the source EQ.
PC Setup: SoundblasterX G6 DAC -> JDS Labs Atom Headphone Amp -> AKG K702 & Sennheiser HD560s & Hifiman HE4XX & NAD HP50 & Sennheiser HD600 all EQ'd to Harman Curve.
TV/"Home theatre" Setup: Sony Bravia KDL42w653a (calibrated with Spyder4Pro and HCFR) -> miniDSP 2x4 -> JBL 308P Mkii Speakers (2-channel)
Music Listening Setup: (as TV/"Home theatre" Setup above except....) Laptop -> (REW/Equaliser APO) -> Topping E30 DAC -> JBL 308P Mkii Speakers (2-channel)
You must log in or register to reply here.