Upgrade to my Dynaudio Contour 1.3SE's (desk use)

I currently use 20 year old Dynaudio Contour 1.3SE's on my desk, powered by a Vincent SV-237MK amp, and while they sound very good, I was wondering what speakers you would recommend as an upgrade to them (active or passive, but for desk use, I sit around 50-60 cm from them). I have also been looking at Dyn's studio monitors but am not sure how they would perform in comparison. I also had a look at Special 40's, Evoke 10's and Focus 10's. Any tips / advice? Thanks a lot in advance.

These look plenty decent for "desk-fi". 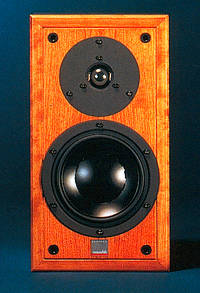 If you say ON your desk, do you mean that literally? Then desk stands would be the first order of business. (Or regular stands if there is space behind.) If the wall behind the speakers is not yet adorned with wedge foam of the deeper kind, that would be the next step. Oh, and it looks like flattest highs response is somewhere around 15° off-axis, so turn them accordingly.

If everything is working satisfactorily (and the amp's power draw is not a concern), I would not upgrade a thing about the speakers for now. Instead, I would recommend a system-wide EQ (e.g. Equalizer APO + PEACE) plus a measurement microphone to assess the room mode situation (and if it's only a trusty UMIK-1). Looks like it wouldn't take much EQ to flatten out the anechoic response down to at least 50 Hz, perhaps even 40 still. Given the modest level needs at your distance, the woofer shouldn't be overly stressed doing so.

Note that you don't necessarily want flat flat in the bass... REW is offering the "room curve" option in EQ for a reason. Try following the general trend provided by the room if things end up a bit too lean down there.

It be said that at 50-60 cm there's probably better options than a classic 5" + 1". All the passive Dynaudios you mention would be way too little improvement for way too much money for my tastes. And the LYD 5 is a fairly good monitor but their insistence on not using waveguides along with high crossover frequencies is really not doing Dynaudio any favors.

Should you happen to have more money than you know what do with, I would "go big" and start looking at a pair of Genelec 8331As with a matching audio interface. Though that kind of money would almost be buying you a pair of Neumann KH310As. (Not a bad choice for nearfield either, would handle much higher levels, though at 24 W idle each I would be much more tempted to turn them off after use than the Genelecs with 4 W a piece.)
My audio 'blogalike' | Audio DAC and ADC History | Helpful Audio-Related Calculators
Y

They looked pretty nice with neutrality and bass extension, if you hope maybe something coaxial like kef ls50 or genelec/Neumann for more controlled directivity, if it literally put on a desk without desk stands the actives desktop mode could help quite a bit also
You must log in or register to reply here.