I recently noticed that my L and R loudspeakers will emit a high pitch ringing sound during certain passages of music. For now, I am only noticing during soprano solos. I see there is some talk of “soprano distortion” on the internet. Is this a known phenomena?

noobie1 said:
I recently noticed that my L and R loudspeakers will emit a high pitch ringing sound during certain passages of music. For now, I am only noticing during soprano solos. I see there is some talk of “soprano distortion” on the internet. Is this a known phenomena?
Click to expand...

What end of the range are we talking? Or what specific frequency do you notice it on? And what speakers.

That was the biggest giveaway comparing the 16/44.1 streams on Qobuz versus the 320kbps or the Ogg 320 on Spotify Premium. Highest notes from certain sopranos would cause horrible distortion/crackle/ringing or whatever one would call it on the lossy format streams, but not on the 16/44.1 stream, nor on the actual CDs in my collection. Kathleen Battle's Handel recordings are very consistent for this in my experience. Something about the lossy algorithms and unusual energy at certain frequencies causing a problem? Or perhaps it is coincidental to some other flaw in those particular files provided by the music label to Spotify and Qobuz. I found it consistent with all of my headphones as well as using my KEF LS50s on my desktop. No issue whatsoever at any volume with the compact discs or the Qobuz lossless streams.

This may be a different issue than @noobie1 is reporting. 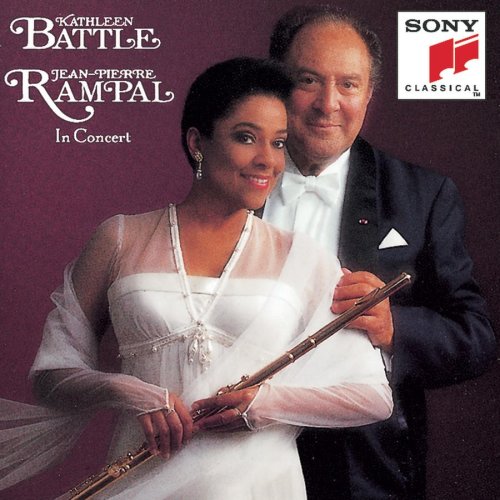 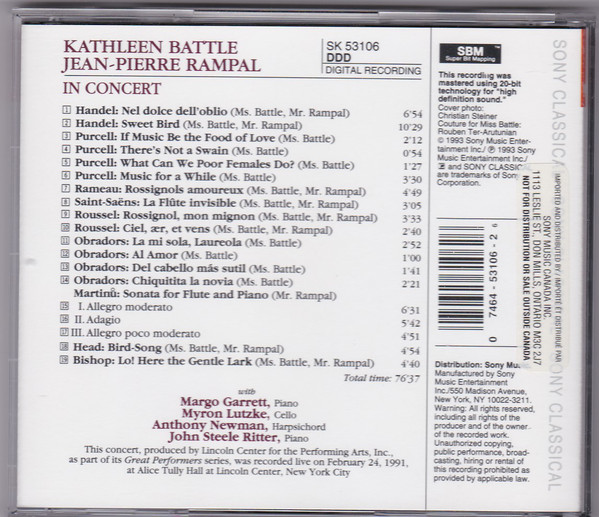 Tracks 1 and 2 from that album, on Spotify Premium, and the same issue on the lossy stream from Qobuz (unless they've replaced the files, I haven't checked in the past month, I just play my CD haha!).

Also the climaxes of a couple of the bravura arias in Kathleen Battle's complete recording of Handel's Semele. When I first heard it, I thought it was a problem with my LS50s, as I'd never heard such distortions on any other KEF speakers I own. Then I found that all of my headphones also had a problem, and so I tried the CD and found to my relief that it was something in the streamed files, and not a defect in my speakers or headphones (well, they most likely have some kind of "defects," but at least not horrible crackling or other distortion on playing soprano high notes haha!).
Favorite transducers that I own: KEF XQ5, KEF LS50, Sennheiser HD 660S
I will now be changing my avatar occasionally to show the cover of the album I'm listening to on repeat at any given time hahaha! Franco Fagioli, the greatest countertenor in recorded history!

I need to do more testing but this appears to affect only one of my DACs (Focusrite Clarett).

I’m only listening to CD quality and higher files from Qobuz or Tidal.

Initially, I could clearly hear the ringing in my Sennheiser HD 700s as well. When I switched to a different DAC, the ringing went away. If I were to guess, the ringing tone is between 800 Hz to 1500 Hz. I have a tone generator but I don’t trust my ears.

Those frequencies would place the 'ringing' on your midbass drivers. Perhaps you mean 8kHz to 15kHz?
OP
N

McFly said:
Those frequencies would place the 'ringing' on your midbass drivers. Perhaps you mean 8kHz to 15kHz?
Click to expand...

I assumed it was tweeter because it only happens during soprano passages. But listening to my tone generator, it sounds like it could be mid range or perhaps a little higher in frequency.

Though I do not have your DAC and maybe someone does, post the name(s) of the music piece and we can see if we are hearing the same thing?
OP
N

I can’t replicate the ringing anymore. I’m scratching my head.
You must log in or register to reply here.

Help with odd problem: SMSL AO200 emits hissing sound only when connected to a tweeter
2