This is just plain sad.

As you may have guessed, what I'm referring to is the (now very personal) feud between Erin and Amir -- having the two best sources of objective data about audio gear on the Internet at loggerheads. What tore it for me was Erin calling Amir "a narcissist" in his most recent video -- I've seen the severe damage an actual narcissist did to pretty much everyone around him, and to assign that label to someone who's clearly a fully functional family man whose contributions to our community have consistently been at his own (major!) expense in both time and money is simply not kosher in my book. For the record, I have (very modestly) contributed to both this site and Erin's because I appreciate what these guys do for us -- that's why this is an occasion for sadness here.
Last edited: Jun 27, 2022

The term seems to be popular these days instead of the old term psycho. I noticed in recent years after the popular YouTube narcissist videos that people are using the term more often now. Most people would not be able to define a narcissist if one bit them on the ass.

I agree it is sad. Narcissist doesn't fit however. I agree if you've ever been around a real narcissist it isn't a term to be thrown around lightly. I wish I was wise like Solomon and knew a good way to resolve things.

Looks like I missed something.
Of course...it could always be my imagination.

I wish there were a way as well those two individuals could reconcile their differences. Objective, measurement based audio reviewers are something we need more of, not fewer. There is plenty of ground here for several people to cover, and audiophiles everywhere can only win when the field is populated with more people doing the same things Amir and Erin are doing.

We need data, not drama.

You perhaps have some reading and video watching to do to catch up. It's thick.
OP
B

Erin has taken down his angry video while not actually backing down on its content. That's progress of a sort, I suppose....

It's a fight between ego's i think. Amir is very self assure, a bit fundamentalistic (but not in a bad way) in his view on this and assertive in his video's and comments, and Erin has problems with it and can't handle critics (while they are mostly constructive) and started to banter. It's sad, there is space for both (and many more) so they should not go that way and both try to do better than the other instead. They may have a slightly different view on things (which i think is good) but both work on science based reviews and not subjective poetry ads as review, and that is what is urgently needed in the hifi world.

One site is monetized one is not.
Keith
Purité Audio
www.puriteaudio.co.
'I have simple tastes, I am always satisfied with the best.'

Not all people that create similar-ish content always need to have the same P.O.V. or findings.
Remember science is only a part of this hobby and not an absolute even though we want this to be so, certainly when high $ measurement systems are being used.

No need to smear someone else that is not sharing their personal views though.

Both Erin and Amir publish technical info and their interpretations of measured results. Both have value but may not reach the same conclusions even if measurement results are very similar.

Doing the right measurements is one thing, doing them right is another thing.
Interpretation of measurement results, in the end, is what it is all about and that is done by humans with different experiences, viewpoints and backgrounds/experience.

Live and let live.
If one doesn't agree with the other IMHO they just should simply post their findings and not comment on that of others.
This is hard to do when fame/integrity and views become an important factor.
Last edited: Jun 27, 2022
People have a tendency to overestimate their hearing capabilities.
Use your ears to listen to music not as an analyzer.
U

I missed all this thankfully but caught Erin's written message on YouTube. My take on it is there are precious few propounding science and reason in a hokum-riddled industry. The last thing we need is in-fighting. When I no longer read of £12k DACs yielding airy soundstages with effortlessly confident dynamics, then by all means have at it. Until then, there is a world of duped consumers to help and crystal healers to expose. That will need more than any single content producer. Both Amir and Erin have helped me hugely and both add great value in my view. Just my two penneth of course.
C

Purité Audio said:
One site is monetized one is not.
Keith
Click to expand...

This assertion is silly. Are we to avoid posting anything that goes to any monetary-driven site about any topic? Let me quick check to see that every link on this forum doesn't do that. Furthermore, Erin's videos usually have less than 10k views. At typical monetized payout rates of $1 to $5 per 1,000 views Erin's videos are worth approximately $50 per video at most. That barely covers the time it takes to post the video, much less taking the measurements, dealing with shipping and arrangements, or responding to comments. No, this site and Erin's are both clearly labors of love and this whole rationale for banning is clearly petty and hurts the usability and integrity of this site. I've defended Amir in the past for being fair and open to other reviewers and content generation but with this move I have to retract that support. I sincerely hope that Amir can rise above this and restore Erin's status, or, assuming Erin won't go along with that, at least apologize to him and refine the forum rules so that we all don't have to worry when we will get banned to for daring to post a link to any of Erin's content (or any other content such as another forum or page like Stereophile which clearly is (or used to be) a money-making venture that we all carelessly reference). I've been on enough forums and have not seen this kind of a rule.

Don't miss the point here, it feels like in the early 2000s when everyone was stealing traffic doing SEO by pointing at another site via comments/posts on various forums, blogs, sites etc. Sure, that will never die, it happens today as well, but a lot of the people posting in here have their own site, yet obey the rules. The fact that you are doing something similar/identical as your host is not an excuse to bend the rules. It's a fine line. Amir explained that and showed proof. It's not like I hate you because you don't like what I like!
I'm not an audio file!

Bruce Morgen said:
Erin has taken down his angry video while not actually backing down on its content. That's progress of a sort, I suppose....
Click to expand...

Some of us downloaded a copy of that childish rant...
Ricky Roma: I subscribe to the law of contrary public opinion... If everyone thinks one thing, then I say, bet the other way...
OP
B

restorer-john said:
Some of us downloaded a copy of that rant...
Click to expand...

He's considering making it available to his Patreon supporters -- IOW, he hasn't really let it go...yet.

Lol, you're not wrong actually. Though still not as common as 'Psycho'. Location
Cave in the desert

Einstein and Heisenberg never resolved their differences... yet "spooky actions" and a constant speed of light persistently prove accurate. Who cares that both of these humans rebuked the other... when their respective messages continue to shine light upon a "flat earth" full of "believers". Scientific history is full of personal confrontations. (Einstein vs. Heisenberg, Einstein vs. Bohr, Teller vs Oppenheimer, Hoyle vs... everyone, Zwicky vs... everyone... etc.) To quote Shaw...

I'm happy that I have a forum to observe the voices of so many "unreasonable men". 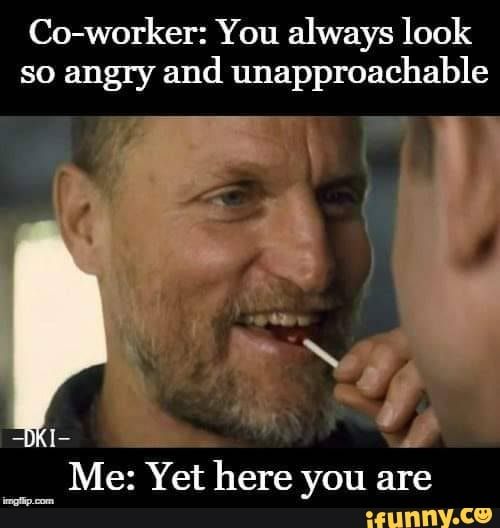 I saw the video and then it went to private mode.
Erin really looked like it bothered him a bunch. Not sure why? I get Amir is Super Hot man candy. But I don't know why the two broke up.

May I give some Food for thought? Okay. sure I will.

In one corner you have Amir. A dude who made it. Is retired and is a NFG kind of guy. (Presumably) Who for all we know? Started a website just to FRack with peoples minds and find things to do. Kind of Like "Patrick" at robot underground. Or guys in a retirement home that put flour in Ductwork. Its for the Lulz.

It seems that this is about Money. It's always about money somehow. I'm not sure why anyone would care about ASR banning you?
Or what Amir Really thinks. Amir is NOT god. The Mods are Not Jesus. And the people on this site are not holy Prophets.

NO one CARES at the end of the day what's on here. What is said. Or what our Opinions or even Facts are. They really don't. Check out SEO statistics if you need confirmation of that.

In fact? Thanks to Bad reviews? More people bought the stuff themselves to check it out. I know I have! SO have money others.

There is One thing you Don't do if you want to make it in life. And that's to allow people to phase you. I hate to break it to you, but no one is going to give a shit about this in a few months.


From the outsider looking in? Do you think the Mass of people give a shit about all these Graphs? Data? NOPE!
Talking Man to Man? I have Dreams about Amir Too. But I'm not that into him? LOLZ!

Seriously. Erin has some Serious cred. Why they hell he would care about ASR? Is beyond me. And if its about VIdeo Views?
Or Video Monetization? Why the Hell would ANYONE cater to the Audiophiles. Look at DIY Perks. Dude made some Computer speaker and got Millions of views. Or Tech Ingredients. I'm pretty sure they don't Measure great. WHo cares.


Danny Ritchie and Paul McGee learned something a LONG time ago. Just double down. No one goes to a Bar to get laid and CHeers on some other dude walking in. Just saying. Be the Biggest dude in the room. Or go home empty.


F***k everyones feelings. This is as GRAY as the self Profesed Wigger who kept saying his reputiation in jail matters. Sure. If you want stay there. Enjoy Giving a Shit about some people who suck Strange to feel high. Good for YOU.

Coming out of the cave, the light hurts the eyes; but only for a bit.

What is an equivalent product to HiFi snake oil?
8 9 10

B
A Yarn on Digital Risks With Audio