Swissonic HAD-1 DAC/AMP subjective test and a look inside

Hi!
First post here...
This is a combination of the posts I made on r/headphone, the response was "cute", "nice looking" but no real feedback.
I've been lurking for a while and thought I could contribute to the low-end amp/dac discussion.
As I live in Sweden we have a lot of taxes and fees to pay. So everything from the US/China will get (price of part+postage)*Customs Fee*1.25(Sales Tax)+€7 rise in price. Making it somewhat expensive to buy stuff here. I'm still a beginner in this field, I'm not an audiophile, nor have I access to high-end equipment. But due to "reasons" I'm forced to use headphones 95% of the time I'm gaming/working/listening to music/watching movies etc.


I've been looking for a DAC/AMP to replace my really, really old Creative DDTS-30 (Google it)
The sound out of it is worse than the analogue output on the Chromecast Audio but superior to the sound from my onboard sound (Asus Z-97A) or the Asus DGX.
I also wanted a Toslink in and out if possible or an RCA out (line out)
My budget was kind of tight as well, around €150 including taxes.
The HAD-1 also have RCA in and out. The USB to Optical out is bus powered, so I can use the optical out even when the amp is powered off.
Sound improvements? Compared to the CCA analogue output, slight improvement. I even tried to use the CCA as an analogue source but that was worse than using the CCA as a digital transport. (Very subjective might I add)
One big difference is the sound from the computer with Youtube as source. It has improved but I also can hear the difference between the Opus 251 160 Kbit compressed audio and the 256-320 kbit audio from the CCA playing the same song in Google Music, something I couldn't hear with the DDTS-30. It sounds like there is a bigger sound stage and better imaging. Less "fog" in the sound with better bass control. It is a lot harder to listen to music on Youtube with a better DAC/amp.

Now that the subjective part is out of the way let's get to the visual inspection:

Questions/discussion/conclusion:
I'm quite sure that this cheaply? made equipment is using old (not made long ago but cheap to purchase) parts (at least 7-8 years old).
It's a sturdy box with no rattle, with secured out/inputs. The volume pot with it's really cheap plastic knob is another matter, no noise when turned though. only the slightest channel mismatch in beginning of the turn. Probably highish impedance on the headphone amp since it's rated 32-600 Ohms (but not sure unless someone measures it). It had no issues powering my G4me Zeros (old model with 150 Ohm resistance and non removable cable)
I was initially trying to get a Fulla 2 or the SMSL M3 but the in and outputs of the HAD-1 suited my use case better. Having dealt with the driver hell from Asus DGX I was glad to have a unit that just worked with the included drivers in Windows 10.

Am I happy with my purchase?
Yes, subjectively better sound (tried to do some semi-blind A/B test) and a real knob to turn. That and the fact that I can have both the computer/Speakers/CCA connected w/o having change cables and batteries all the time. (found out that the volume control when casting to a CCA thru Chrome (Google Music and Youtube Music) only do adjustments in 5% steps. Using the phone to cast, you get 1% steps.)

What do you guys/gals think? 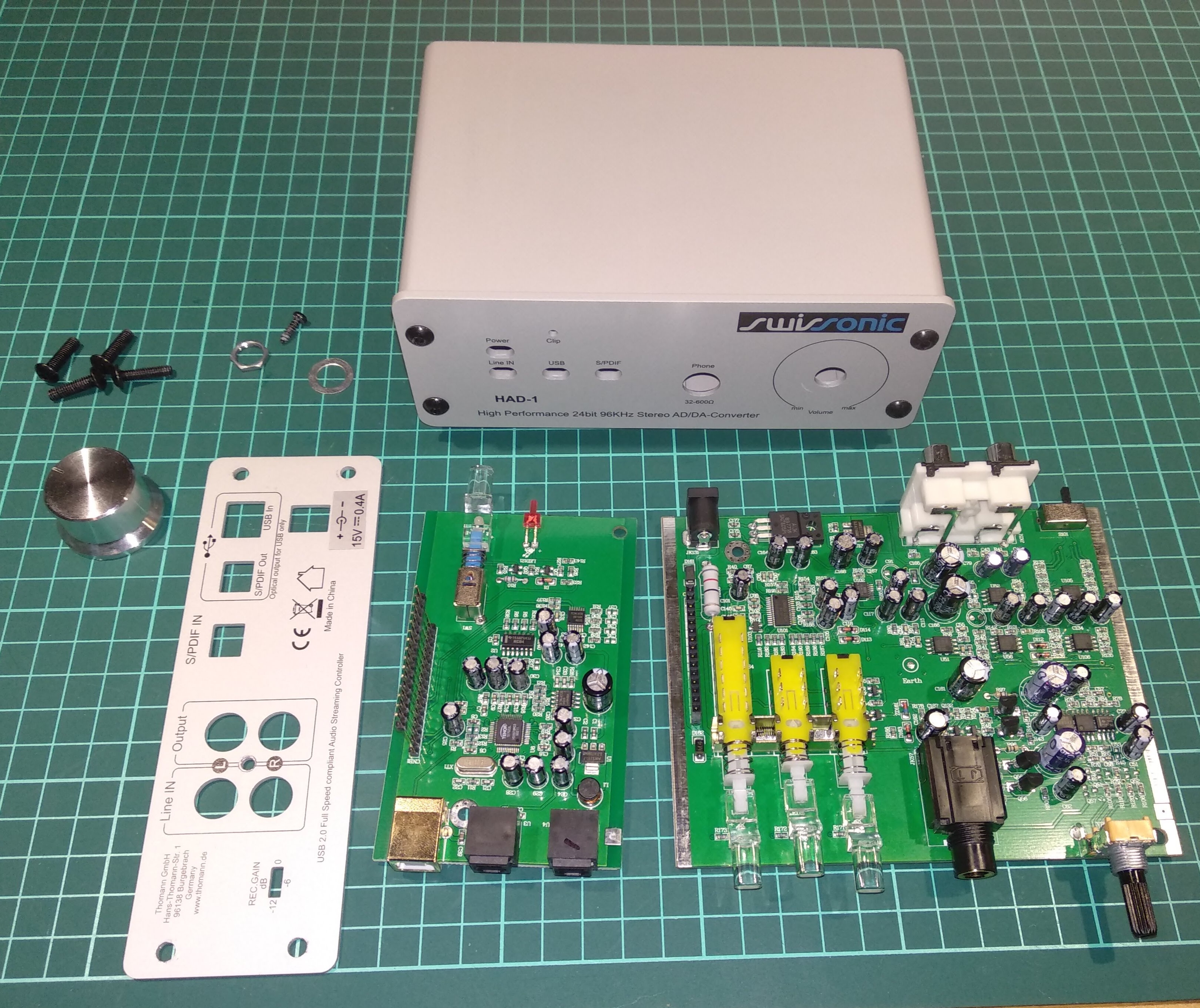 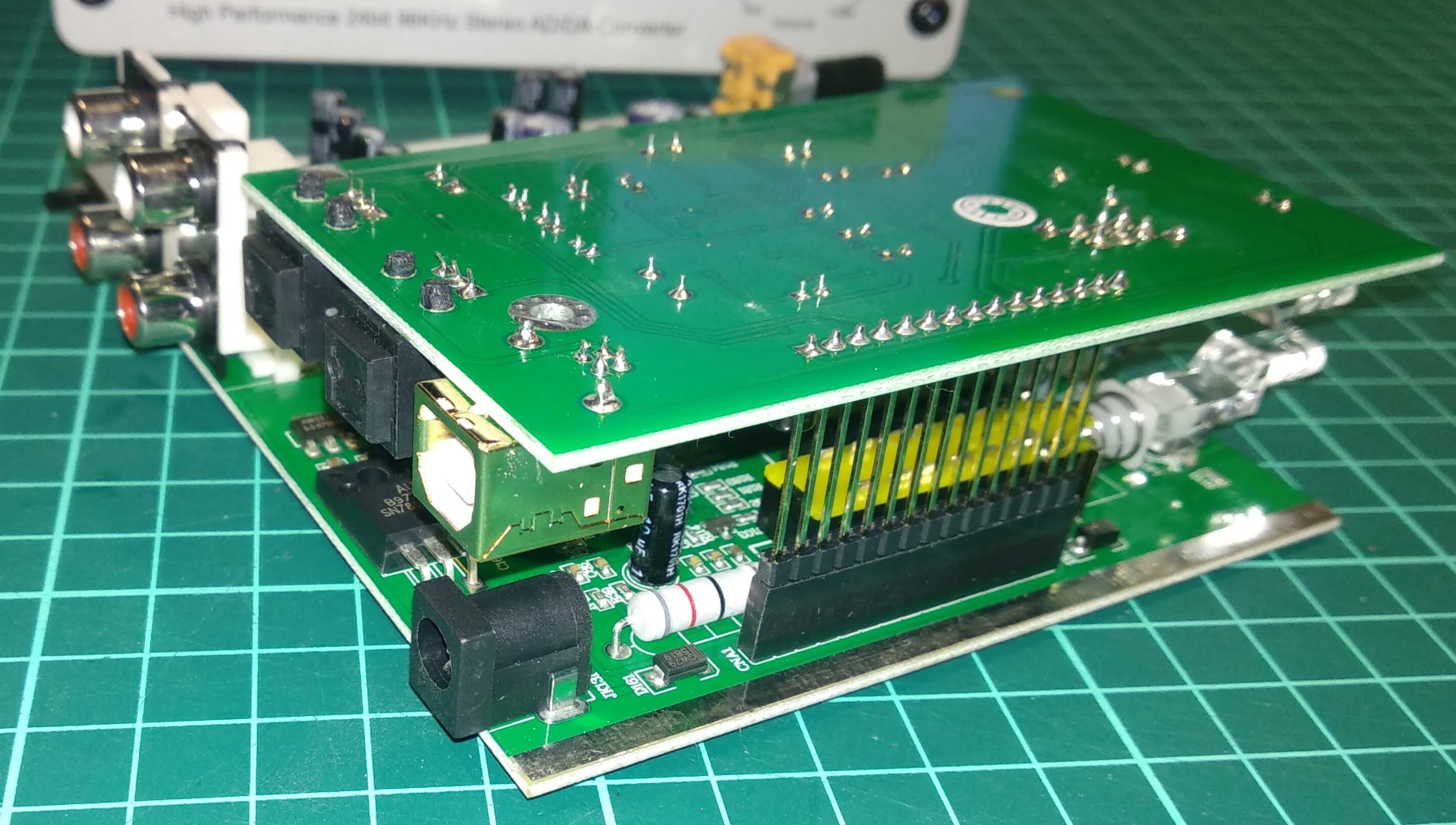 amirm said:
That is a nice looking enclosure for that little money.
Click to expand...

For the price it seems to be OK, it is reminiscent of Furutech/ADL gear, at least aesthetically, since the internals are completely different. It resembles something like the GT40, or even the Sprit (with the daughterboard) that also uses a Tenor USB receiver, but they use completely different A/D D/A chips, and they don't seem to share much more than the looks.

Anyway the Swissonic is much cheaper and probably better value for money, since the GT40 dates from 2011 and doesn't support 192khz D/A or A/D, same as the HAD-1, but it has built-in phono preamp so there's no need for a RIAA software plugin.

I'm searching for something to digitize old vinyl records with good quality and also play with other gear measurements, but I don't think that very good ADC performance can be found at these price levels (at least from what I've seen until now).
G

Hi, I am looking for a decent A/D converter (without breaking the bank) and thought I might just have found it with this one after being pointed to the Furutech GT40a, alas this is not to be as yet again we have an A?D converter that does not have the essential USB o/p port. What is it with all the converters available that only seem to have socketry to feed an analogue signal in only to have the ability to feed it directly back to a DAC why bother? The crazy thing is after a request to Thomann they actually recommended the Behringer UCA202 as a high end product.
Last edited: Oct 26, 2019
OP

Jimmy said:
I'm searching for something to digitize old vinyl records with good quality and also play with other gear measurements, but I don't think that very good ADC performance can be found at these price levels (at least from what I've seen until now).
Click to expand...