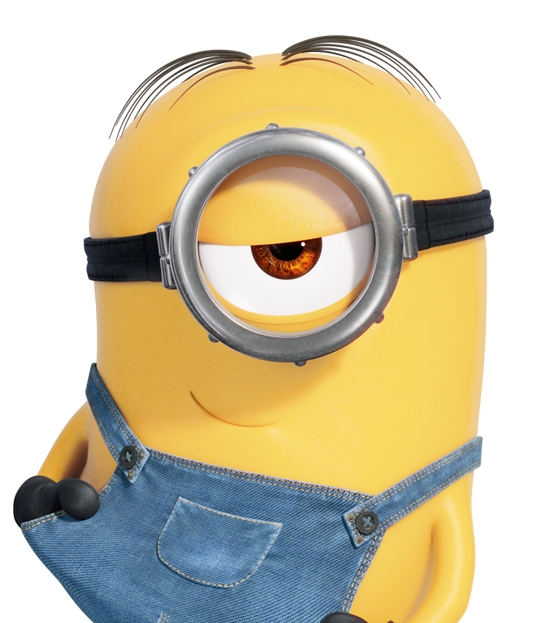 Mnyb said:
If you want a well rounded enclosure with integrated wave guide cast in two halves in aluminium. You will have a really hard time not ending up with something looking like Genelec just as nailing together sheets of MDF at 90 degrees will look like a box.
Click to expand...

This is a very perceptive statement, and a core tenet of IP policy that the layperson often fails to consider (in my opinion as a patent lawyer). A lot of accusations of "copying" do not rise to a threshold that would create a legal action, or at least financially justify pursuing legal action.

Outside of the courts of law there is another court, the court of public opinion. IMO, that is the correct forum to litigate these types of copies. I think we forget that such blatant copying is not without risk. Whatever short term benefit the manufacturer gains from passing off a few units to unsuspecting buyers, it should incur some long term reputational damage among more sophisticated consumers, which I think is exactly what has happened here.
W

thewas said:
Thanks to the small size and known "Finnish" design it shows quite a nice directivity, so with a bit of free PC EQ a decent good looking small low budget desktop solution with only direct competitor the also 3" IK Multimedia iLoud Micro Monitor, we shouldn't forget that a Genelec 8010 costs more than double.
Click to expand...

The Chinese internet people are consistent in saying that the iLoud has more bass. Though to fair iLoud is an anomaly and not the norm.
R

Don't forget the HiVi 3.1a DIY kit did very well here and is an excellent value.
It did need a crossover mod, I think the HiVi house sound is on the brighter side or at least was.

It does look like a Peerless driver.
Be surprised if it is but maybe.
HiVi is huge OEM of drivers.

Chilli said:
Hivi are a great manufacturer. And I like them. Some of their drivers and tweeters have been the best or best value of their time.
Many DIYers have used their products and they have measured and sounded well. Some examples are some of the best measuring of their time. Some, not as good.
These X series started around 2010 to 2011. Thats over a decade. What the hell do you guys expect?
Some of the genelecs are some of the best in the world. It's quite clear these X series are a cute little monitor, but they're a desktop fad, in comparison to Genelec professional monitors. However, not all genelecs have measured perfectly, but some have measured extremely well.
Lets not judge a company, nor all Chinese speakers manufacturers, by one inexpensive little example please. I am interested in science. And science needs to be impartial and unbiased. You need context and you need understanding. Stick your veiled-generalisations to the side, and start your critical thinking.
They've designed speakers that won CES awards in the US in the mid-2000s, and they created an anechoic chamber somewhere in the mid-2000s. We wish them to do better, and they may already have done.
We will likely see more of their products being measured if people sent them in for independent testing. Let's hope their newer products do a better job. They're released with measurements and plots, so it would be interesting to see whether they match up.
I'm glad to see this speaker measured.
I don't think this speaker looks like the genelec at all. It's egg shaped and was marketed that way. The stand, well that could be suspicious as they were released probably in similar times. Genelec has had a decade to do something if they wanted but I seriously don't think it's worth it for the stand.
I don't think hivi and genelec are really in the same marketplace. I like Genelec as well. Wish I could afford.
Click to expand...

I agree. HiVi has a huge catalog and has been around awhile.
And indeed DIY folks do use their drivers. Partsexpress still carries the brand, though it seems with less enthusiasm vs a decade ago.
"The room response must be averaged to recognize trends in the summation of direct and reflected signals at the microphone. The resulting curves must not be taken as a 1:1 representation of what is heard as loudness at different frequencies. The room response gives a picture of the steady state SPL, where sound generation and sound dissipation in the room have reached their equilibrium." -Linkwitz

I'd like to see a pair of bibs on these actually.
K

Speakers with bass drivers under 5" are just pointless.
"Human beings are poor examiners, subject to superstition, bias, prejudice and a profound tendency to see what they want to see rather than what is really there." - M. Scott Peck

"Man does not see reality as it is, but only as he perceives it, and his perception may be mistaken or biased." - Rudolf Dreikurs
T

These guys have been in the business for years, but still dont understand nor seem to have learned anything about loudspeakers...
Hopeless wanabe me too makers is what they are...
D

There aren't an infinite number of decent speakers in production today. We should know which ones are used in these boxes. Genelec for example uses several brands from Peerless to PHL or even Vifa.

Koeitje said:
Speakers with bass drivers under 5" are just pointless.
Click to expand...

I haven't heard any with bass drivers under 8" with out a subwoofer (preferably 2) that are worth a hoot. That is not to say that they don't exist. But I haven't heard them, if they do exist. Yes, I am skeptical.
B

EJ3 said:
I haven't heard any with bass drivers under 8" with out a subwoofer (preferably 2) that are worth a hoot. That is not to say that they don't exist. But I haven't heard them, if they do exist. Yes, I am skeptical.
Click to expand...

Preliminary listening tests of the Dahlquist M-905 speakers-in-stalled on the ST-9 stands, as recommended-revealed a very wide-range and balanced sound whose smoothness and lack of coloration were far beyond what we would have expected from speakers in their price range. In fact, the sound from the M-905's would be more than acceptable at several times the price. In view of this, we were not too surprised to find that with respect to flatness and freedom from peaks and holes the measured room response was among the best we have encountered.

The close-miked woofer (and port) response was also considerably flatter than we have measured from most speakers, with a very small bass-resonance peak. At the system resonance of 60 Hz, the output was only about 2 dB above its average level in the upper part of the woofer's range, and even that minor output variation was spread over almost two octaves. When the bass curve was spliced to the room-response measurement, the resulting composite frequency response was flat within about ±2 dB from 26 to 20,000 Hz. The horizontal directivity of the tweeter was only discernible in the room measurement above 10,000 Hz.

We measured the sensitivity of the M-905 as 87 dB SPL, which was lower than the rated 91 dB but still about average for speakers of its size. The difference may have been a result of different test conditions since we used a full-range pink-noise signal while Dahlquist's rating was made at 1,000 Hz. The system's minimum impedance was about 4.8 ohms in the 8,000- to 10,000-Hz region, and it measured 7 ohms at 150 to 200 Hz. Its maximum impedance was 28 ohms at 60 Hz, and there was a broad peak of 18 ohms in the vicinity of 1,500 Hz.

We measured the woofer's distortion with a 4-volt drive level, corresponding to a 90-dB SPL at 1 meter. The distortion was less than 1 percent from 100 Hz down to almost 60 Hz, the effective crossover to the port. Below that crossover the distortion rose to 5 percent at 45 Hz and 9 percent at 35 Hz. In high-power tests with single-cycle tone bursts, the woofer began to sound "hard" at about 350 watts into its 8.5-ohm impedance at 100 Hz. At higher frequencies the amplifier clipped-at outputs of 490 watts at 1.000 Hz and 1,380 watts at 10,000 Hz-before distortion became visible on the acoustic waveform.

Quasi-anechoic FFT measurements showed an overall group-delay variation of about 0.1 millisecond between 4,000 and 20,000 Hz and 0.5 ms between 1,000 and 20.000 Hz, convincing evidence of the attention paid to the phase characteristics of the M-905.

Universal Cereal Bus said:
There's also much thread misinformation about the difficulty of suing a Chinese company. You'd only sue them in China if Genelec has design patent registrations in China (doubt it). And as I demonstrated above, Genelec has US design patents, so it can sue in the US. It doesn't just have to sue Swan; it can sue the importer, the distributor, the seller (Amazon), etc. It can even sue in the ITC instead of Federal court.
Click to expand...

Suspect the money involved in the auto trade is several orders of magnitude higher than it is in the loudspeaker business though, so it's worth their while to pursue redress.
A 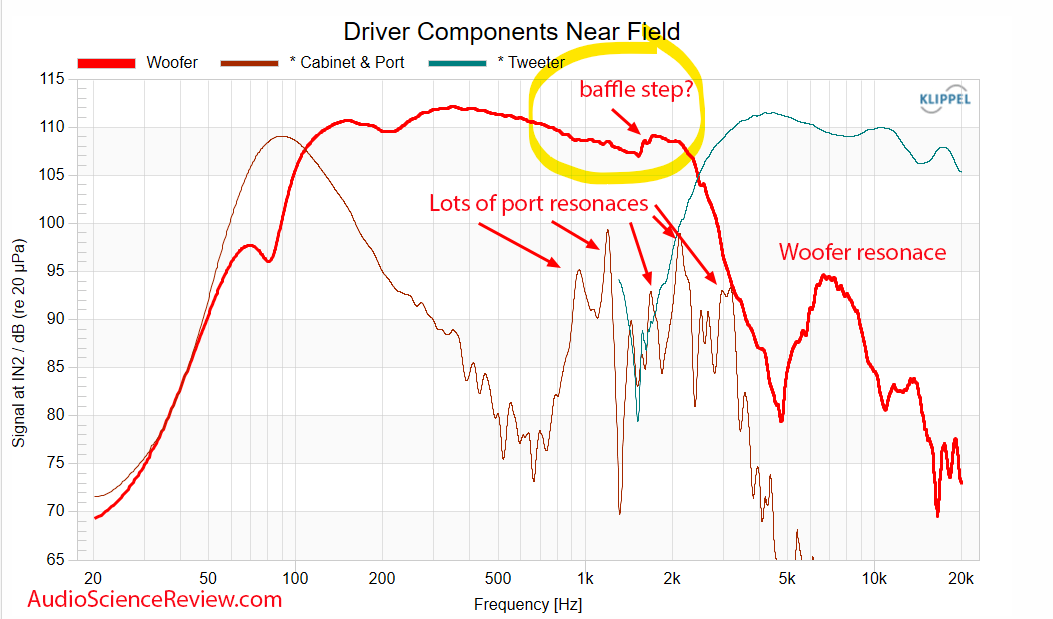 Maybe it's the first membrane breakup of the woofer, characteristic of floppy membrane of its size and at this frequency.
Also visible on CSD (résonances)

Suspect the money involved in the auto trade is several orders of magnitude higher than it is in the loudspeaker business though, so it's worth their while to pursue redress.
Click to expand...

Good point, though I don't see the "successfully" in the article.