Anyone else addicted to this great game ? Here is my latest time on the expert level. Having a hard time beating 4 minutes lately, using a mouse is costing me to much time. Anyways lets have some fun and see how you do, using no helps or hints etc.
Hardest sudoku puzzles - play sudoku expert level online for free 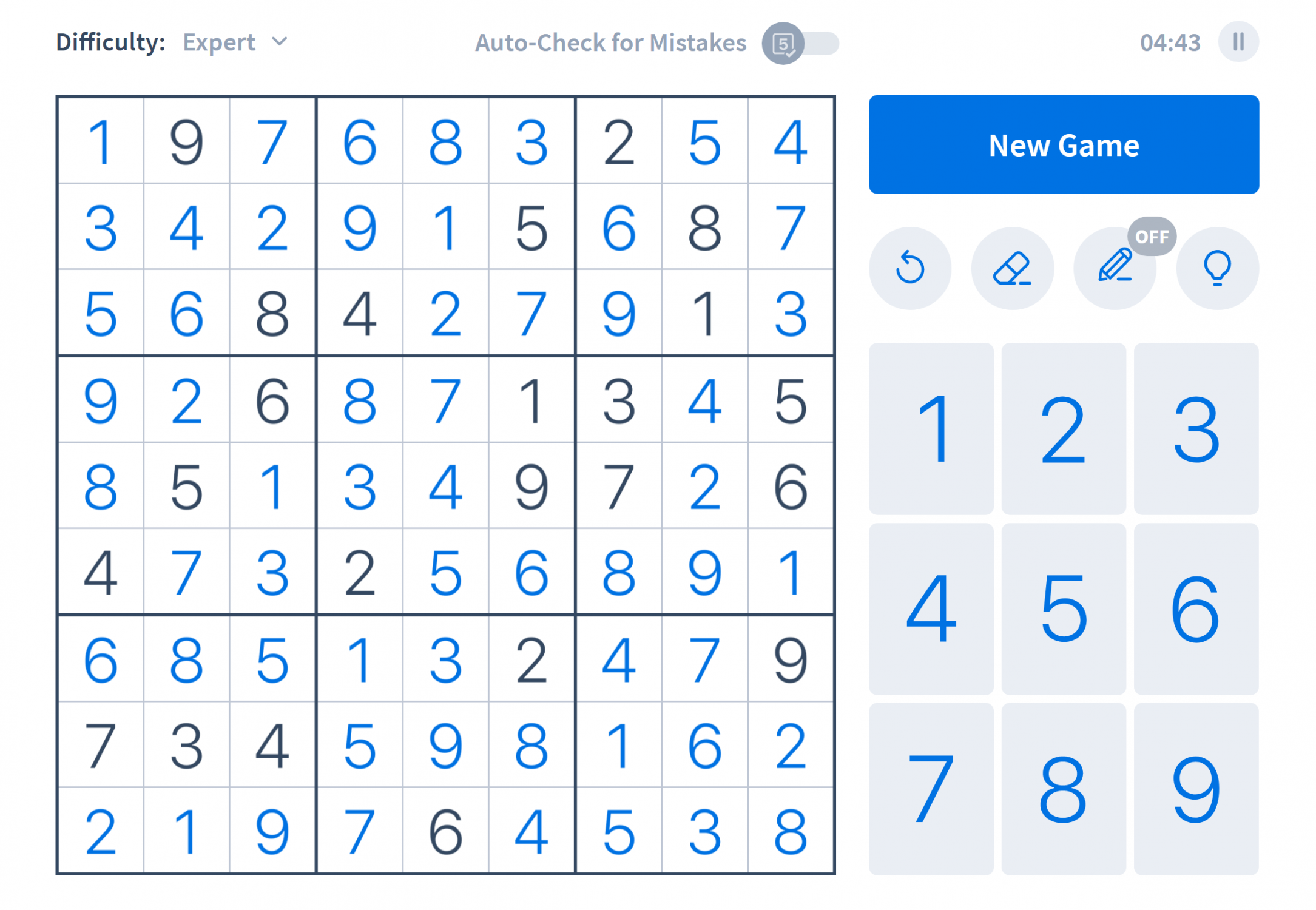 I love difficult crosswords, but never got interested in Sudoku.

If anyone knows a good online Scrabble, please let me know.
OP
S

Yes, this happens more often than you would think. Whether you get, 4, 5, 6 or 7 numbers to start off the game, it's not much different. It's kind of hard to explain and may make no sense to some.
But, It's best not to focus in one area, sort of like when you look at one of those art pictures out of focus to find the hidden object.
Hard to explain, but it's kind of like visualizing the whole puzzle in the back of your eyes. ( ya I know sounds strange ) Getting one side to focus on one side and vice a versa. There are only 81 squares, so with a little time and practice it's not to difficult. I have found ( from teaching the kids and grandkids) when you use those cheats, hints or help methods, it only slows down the mind from learning to think quickly. Using those hints and what nots, is only a crutch and in my opinion will only make you slower. Also, I think it's best to learn and play by the rule, ( ok my rule ) if you mess up, you don't continue or start over, you begin a new puzzle.

I think it also helps to first learn with several things going on, such as music, kids running amuck, tv in the background, and what not. Then when you want to get serious and shut out the distractions, you can really fly through it. I still find having some music playing doesn't slow you down to much if any at all. Sadly every since i broke my keyboard that had numbers above the touchpad, I have not been able to break under 3 minutes now for a couple of years ( expert level). But it's still great fun and helps somewhat to keep the mind active and focused.

I actually contacted Sudoku sometime back to try and get them to change tournament rules. It just doesn't seem right if you make a mistake, you can correct the answer, even it's accidental, it should be game over. I think there are a lot of internet players out there, who would destroy the world records if only they could make it to the tournaments.
Hell, there's probably some genius out there who may read this, and is thinking and laughing to himself because he broke the 2 minute mark on expert level.
Ok, apologies' for the long rant, play, have fun and don't take it to seriously.
You must log in or register to reply here.