MaxBuck said:
really useful in getting me to think about composers and works outside the "chestnut" category
Click to expand...

An Online Journal of Jazz and Classical Music

artmusiclounge.wordpress.com
I have SEXDAILY… um … DYSLEXIA so please forgive any missing or misspelled words or grammar issues
M

Skud said:
Does Apple Music give us to the Primephonic catalog now?
Click to expand...

Not yet. The new Apple Classical app was anticipated at the developer conference last month but it didn't happen. Now there is speculation that there will be an event in the fall for new audio and music products. 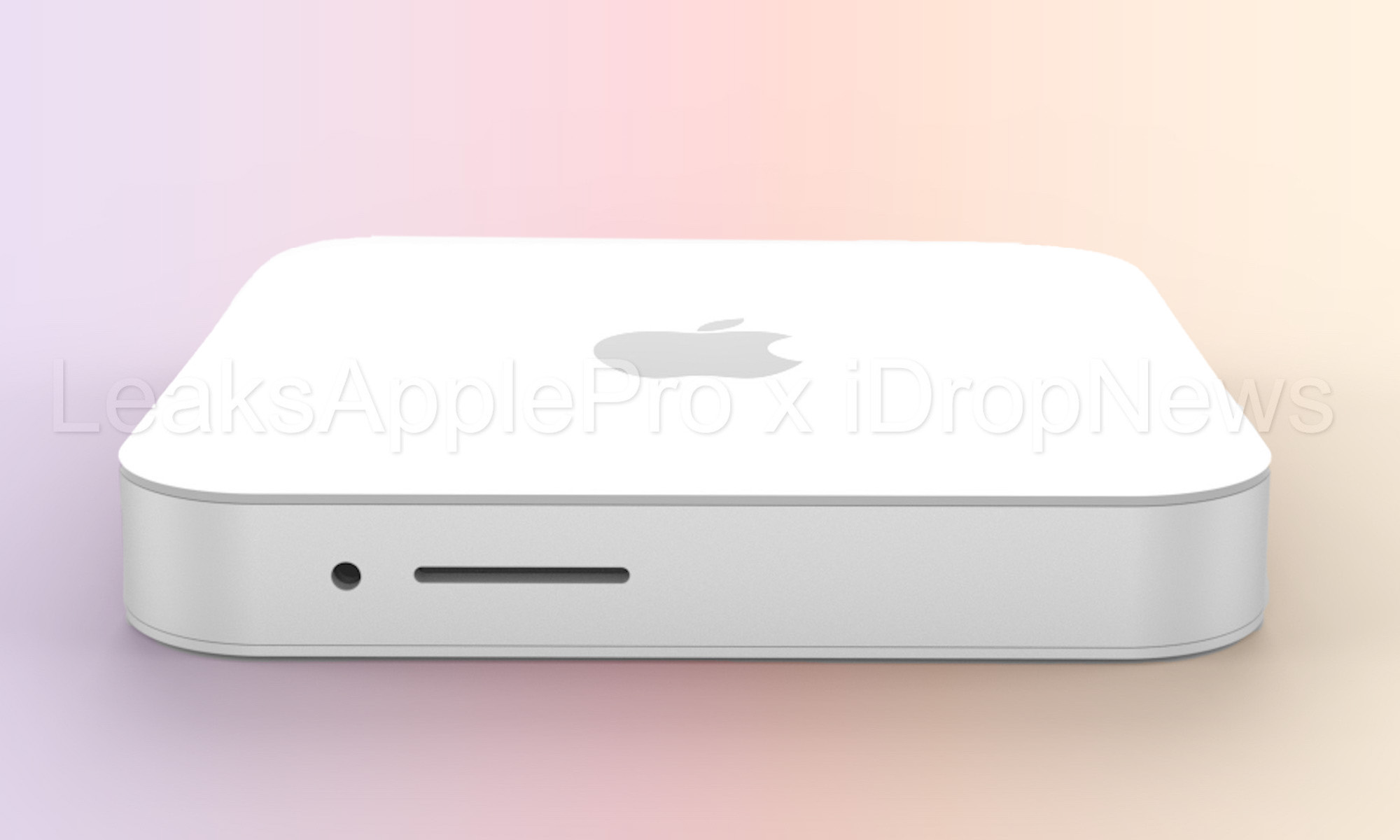 WWDC '22 Was Great, But What Does Apple Have Planned Next? | Exclusive

WWDC '22 was one of the best Apple events in recent years. iOS 16 is a fantastic upgrade over iOS 15; I already have the beta and will write a review in a 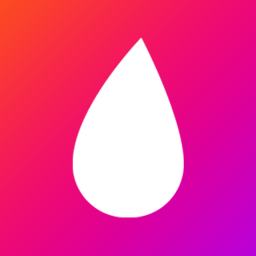 mSpot said:
an event in the fall for new audio and music products.
Click to expand...

And new iOS around that time too. It's probably part of next iOS update.

I tend to use Idagio primarily for its radio and playlist-type functionality. I use Spotify as my primary channel to new music (to me), but I find the radio/playlist functions steer me to the avant garde very quickly for classical and jazz (great for pop and rock), which I don't really enjoy.
Idagio seems to know that I'm unlikely to want to listen to anything more "advanced" than Alban Berg, whereas Spotify is convinced that if I just give Karl-Heinz Stockhausen and Ornette Coleman another five million chances, I'll get to like them.
The metadata issue with classical music is, I think, insoluble. I hate the Roon approach (some people like it), and the Spotify one is pretty daft, but to be fair, I can't imagine a popular music fan thinking that X is an Arista release makes X worth a shot (all due respect to Clive Davis), but that seems to be a use-case for classical music (including occasionally for me, which is strange because I rate pop/rock A&R much more highly than classical).
Incidentally, Presto, which is where I buy about 2/3 of my music (the ready spread out over Qobuz, 7digital, and Chandos) also allows streaming the things I've already purchased, which is convenient for my handphone or computers with a decent connexion but where I have limited permissions. I imagine they will gradually launch a classical and jazz streaming service now that it's a one-horse field while Apple apple-ifies Primephonic.
OP
L

You'll recall that my OP asked about differences among streaming services for those of us interested in classical music. Specifically, I wanted to know if there were alternatives to Qobuz, at least until (if ever) Apple resucitates its Primephonic acquisition. You'll also recall that Idagio is the obvious choice for strictly classical, but that the other services offered the bonus of other genres for those days when only jazz or rock will do. Finally, I figure that if I'm going to have customer non-service, I might as well be dissed by platforms costing a few bucks less as by Qobuz.

I signed up for Amazon Music (the unlimited version, not the Prime cheapie) to try it out for classical music. The classical playlists and recommendations seem primitive relative to Idagio and Qobuz. The search function is at least usable now, except that the album results (for classical, "song" results are rarely what is wanted) are listed by title with teeny tiny thumbnails of album covers so that it often is impossible to know which of the listed titles is the one that you want. For example, if you are looking for the Oue recording of the Rite of Spring, you get a listing of several albums entitled "Rite of Spring" with no indication of which is the Oue / Minneapolis / Reference Recordings one. If the search is very specific, the first result on the list usually is the correct one, but still..... Finally, every time that a search is initiated, one has to choose between "Amazon Music" and "My Music"; I have only a vague idea why that happens and it's quite annoying after a few dozen repetitions.

I'm now poking around to see if Amazon seems to have recordings that Qobuz does not have. Amazon, after all, should have more leverage than anyone else around, thus a greater chance to host recordings from, say, Hyperion or RCA's back catalog. (For example, try finding recordings by Slatkin / St Louis.) So far, I've not seen much difference on the classical side, but I'll keep looking and report back.

I use Apple Music for classical. I find it pretty easy to find what I want by searching under artist combos (eg conductor and orchestra). But searching by composer does not work at all. I assume this will be fixed by the forthcoming version.

So far they've had everything I've looked for, whereas Quobuz did not (which is why I switched to Apple).

I stream via Airplay at CD quality, which is plenty good enough for me.

LuvTheMusic said:
One other question: when Apply Classical does come along, how does one get the digital stream to one's DAC? All the other services can be accessed using a music server (Bluesound Node, Raspberry Pi, etc.) but Apple plays in its own universe.
Click to expand...

Instead of a Bluesound or Raspberry or whatever you could use a Mac mini (headless). It runs everything from Qobuz, Tidal, Spotify to Apple Music incl. Apple Music Classical if and when that comes out. As well as your own media from SSD or NAS, of course.

Most of the streaming apps and music players have remote control apps for iPhone/iPad. so you can stick the Mac mini in the audio rack and control everything from the comfort of your listening chair.
That which can be asserted without evidence, can be dismissed without evidence. (Hitchens’ Razor)

You can stream wirelessly directly from any Apple device (iphone, ipad, mac) to any Airplay-equipped receiver. Add-on receivers like the WiiM Mini cost around $100 if your system does not already have Airplay.

If you have only non-Apple devices, then you probably want something other than Apple Music ...

I'm not sure if it's any good or would be of interest, but I was just served an advert for Vialma, which is apparently a specialist jazz and classical streaming service (I'd never heard of it, so it may be new). I'll check it out this week-end and try to compare it to the other services I've used.

Sashoir said:
I'm not sure if it's any good or would be of interest, but I was just served an advert for Vialma, which is apparently a specialist jazz and classical streaming service (I'd never heard of it, so it may be new). I'll check it out this week-end and try to compare it to the other services I've
Click to expand...

Sashoir said:
I'm not sure if it's any good or would be of interest, but I was just served an advert for Vialma, which is apparently a specialist jazz and classical streaming service (I'd never heard of it, so it may be new). I'll check it out this week-end and try to compare it to the other services I've used.
Click to expand...

Well, I would suggest that unless Vialma has something in its catalogue which is missing from your other service(s) which you *adore*, then Vialma is best left alone for the time being.
Search is poor. For instance, "Franz Josef Selig" returned "Franz-Josef Selig" as the last artist result (after, e.g. "Jos van Immerseel", "Franz Konwitschny", "Franz Kafka", "Christian Franz", and about 70 others. It also takes a fairly long time to return results (which is not really pertinent to usability, but indicates to me some pretty ordinary coding for a product that's apparently been out for two+ years).
Metadata are poor. For example, '"Philly" Joe Jones' and '"Philly Joe" Jones' are characterised as two separate artists who appeared on different albums. As another example, "Rienzi WWV49" and "RIENZI WWV49" are characterised as two different works. Moreover, if you select one, the recordings are given by orchestra, conductor, and year (fine), but don't differentiate between overture only or full opera (to be frank, I don't know whether I'd have the appetite for either, but it was just the work that popped into my head, like stay-puffed the marshmallow man and Dan Aykroyd).
Catalogue is not huge unless you're looking for Mahler cycles or other oft recorded works, in which case you might ask, what the point of another streaming service is.
Discovery doesn't seem particularly good, but to be fair it doesn't have thousands of my selections upon which to base recommendations.
They have a "free trial" (though read the Google play store reviews for more about this-I am only on day two, so I've encountered no problems), so you can try for yourself if you're interested, but I'd not recommend it to anyone unless they had a particular hatred of all the other streaming services.
OP
L

Another very brief update: I ditched Amazon Music because the search function remains frustrating, and no other aspects of the offering made up for that. Not that there are any real offerings specific to classical music (or jazz) for things such as new releases or recommended albums anyway. So for now, Qobuz remains.

On a related topic, I saw a report from someone who claims who have decompiled early release code for the next version of iOS and claims that this contains a reference to Apple Classical (or a similar name). Thus, there is speculation that a classical music service, presumably based on the old Primephonic purchase, could be unveiled at the next big Apple event in a few weeks. We've heard that line before, but maybe this time....
M

Yes it is in the code.

Apple didn't buy Primephonic to do nothing with it.

It's taken longer than anyone hope but Apple Classical is coming.
You must log in or register to reply here.